Tonkin Zulaikha Greer has designed the adaptive reuse of a historic hat factory in Sydney’s Surry Hills that will see the building transformed into a modern hotel.

The “visually calm” proposal, which is the subject of a development application that has been lodged with the City of Sydney, would stitch together the former factory building, at 11-13 Randle Street, with infill buildings erected on the two neighbouring lots, at 15 and 7-9 Randle Street.

Built in 1912 and designed by architect Thomas Pollard Sampson, the R.C. Henderson hat factory produced women’s headware in the building until the company was liquidated in 1954. The six-storey Edwardian building “demonstrates typical features of the Federation warehouse style,” according to a heritage citation.

The proposed hotel would add two additional levels to the existing factory, with the two adjoining buildings demolished and replaced with new six-storey buildings, with all three structures forming the new hotel.

The hotel would contain 123 hotel rooms and 770 square metres of commercial floor space – accomodating a restaurant, cafe and bar.

Externally, window fixtures that have anachronistically been replaced with aluminium fittings would be replaced with timber fittings. Internally, the heritage of the building would be exposed in a number of ways. Cutaways within the ceilings of the hotel rooms and corridors will make timber details visible.

A heritage impact statement attached as part of the application describes the proposed works as “limited and well-planned alterations to the heritage building [that] allow an appreciation of both its former interiors at the lower ground and ground floor and an appreciation of its structure and detailing throughout.

“The works to the facades are also well considered and include the reinstatement of the original window detail and pattern with well-considered changes to the lower floors.”

Tonkin Zulaikha Greer was selected as the winner of a Competitive Design Alternatives process in March 2019. 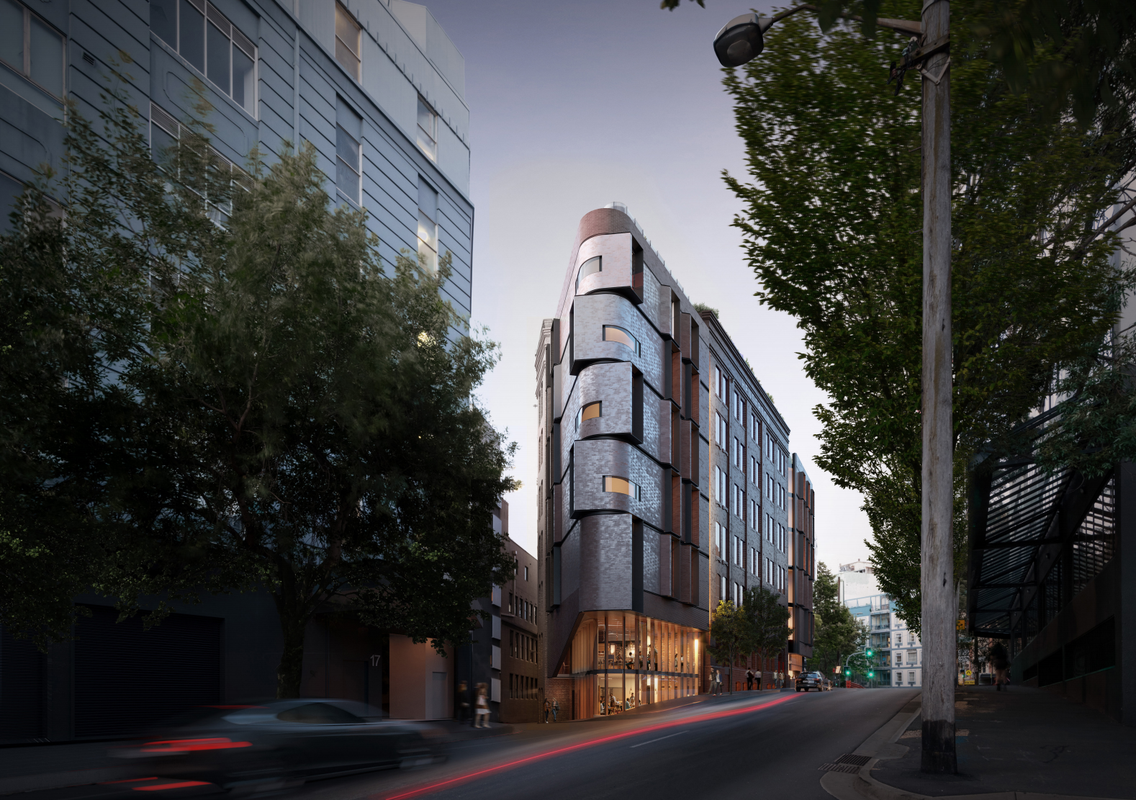