Alice Hampson reviews an exhibition of the photographs of Frank and Eunice Corley that celebrates “the allure of home and the stories found within."

This house was designed by architect Frederick Bruce Lucas as his own residence in 1941.

All exhibitions have a starting point. In the case of the architectural exhibition Home: A Suburban Obsession, it was the 1995 donation to the State Library of Queensland of more than 60,000 discarded prints in sixty-seven boxes, rescued from the under-house of husband-and-wife photographic team Frank and Eunice Corley. Crafting a legible and meaningful exhibition with these images, celebrating “the allure of home and the stories found within,” is nothing short of triumphant.

The Corleys’ Pan-American Home Photographic Co. operated in South East Queensland in the late 1960s and ‘70s. The 60,000-plus prints are the unsold remains of some 250,000 photographs of houses taken with Frank’s Leica camera. He’d trawl the suburbs in his pink open-top Cadillac, precariously but expertly “steering with his knees.” Eunice, ensuing in their Bedford van photographic laboratory, developed postcard-sized black-and-white photographs, for sale door-to-door as standalone images, greeting cards or calendar inserts.

Frank and Eunice outwitted the need for a hawker’s licence because all the merchandise was unique. Retaining unsold stock as unused print paper qualified the business for sales tax rebates. But were it not for these astute exploitations of regulatory loopholes, and the reps’ missed sales, this exhaustive physical legacy – one of Australia’s largest housing photography collections – wouldn’t have survived.

The serendipity of collection and the engendered community outreach make the exhibition extraordinarily compelling. Prints were found sans negatives and paperwork, boxes exiguously marked only with spool identifiers, linking images with general locations. By 2001, Frank and Eunice were deceased; the only surviving connection was Doug Spowart, gallery owner and Leica agent, who had earlier persuaded Frank to donate the collection to the State Library of Queensland’s (SLQ) John Oxley Library. That year, SLQ volunteer and former CSIRO scientist, John Wilson, took on decryption of the photographer’s idiosyncratic organizational code, eventually enlisting friends to identify houses.

When viewing the exhibition, the urge is to immediately look up your own house to see if it is represented in the collection. My own childhood house isn’t there: does that mean the image was sublime and sold, or that my parents were sterling consumers? A magnificent Queenslander two doors away is present – a stunning photograph – but I speculate that the householder, a butcher with five sons, was unlikely to have been home enough to have fallen prey to itinerant salespeople.

Co-curators Adam Jefford and Chenoa Pettrup of the State Library of Queensland worked with the Annerley-Stephens History Group and the University of Queensland’s Architecture Theory Criticism History Research Centre to weave together notable stories. But the Corley Explorer, the collection’s digital database, also offers the opportunity for users to inscribe their own detective toil to the growing knowledge base: add a house number, street name or details of construction materials, or embellish the entry with a story. As beautiful as the images are, they hauntingly recall a time of scant vegetation. Intriguingly, glimpses of habitation are rare – perhaps a tricycle or coiled hose in the driveway – and people are notably missing, as if portraying a suburban ghost town.

The exhibition consists of three parts: the Corley Story fleshes out the astonishing narrative behind the material within historical and geographical contexts; Recreating House exhibits commissioned creative responses to the Corley Collection from artists Muge Belek and Frederico Fialho Teixeira, Jennifer Marchant, Ian Strange and Seth Ellis; and Recollecting Home reveals narratives of homes (within the Corley Collection) while disseminating the house typology of the Queenslander, paying respect to the brick, fibro and the “not” Queensland house. The exhibition arrangement is almost entirely monochromatic, with perimeter walls of the gallery blackened and the floor space punctuated with freestanding white walls for containment, and a rare splash of orange for accentuated spectacle. Thousands of black-and-white postcard-sized prints line the entry, reaching from floor to ceiling.

But the real showstopper is the Corley Explorer and the potential it offers, limited only by Queenslanders’ ongoing obsession with their suburbia of the late 1960s and ‘70s.

Home: A Suburban Obsession was held in March as part of the Asia Pacific Architecture Forum, and continues at the State Library of Queensland until 14 July. 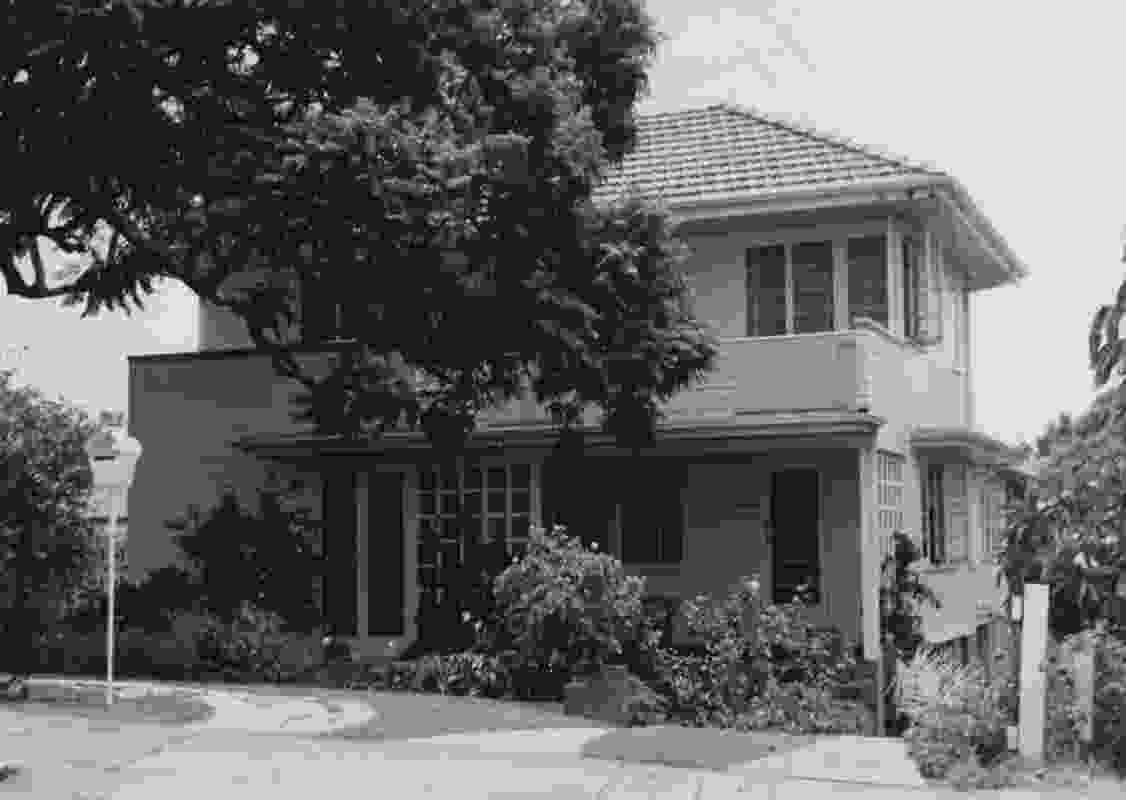 This house was designed by architect Frederick Bruce Lucas as his own residence in 1941. 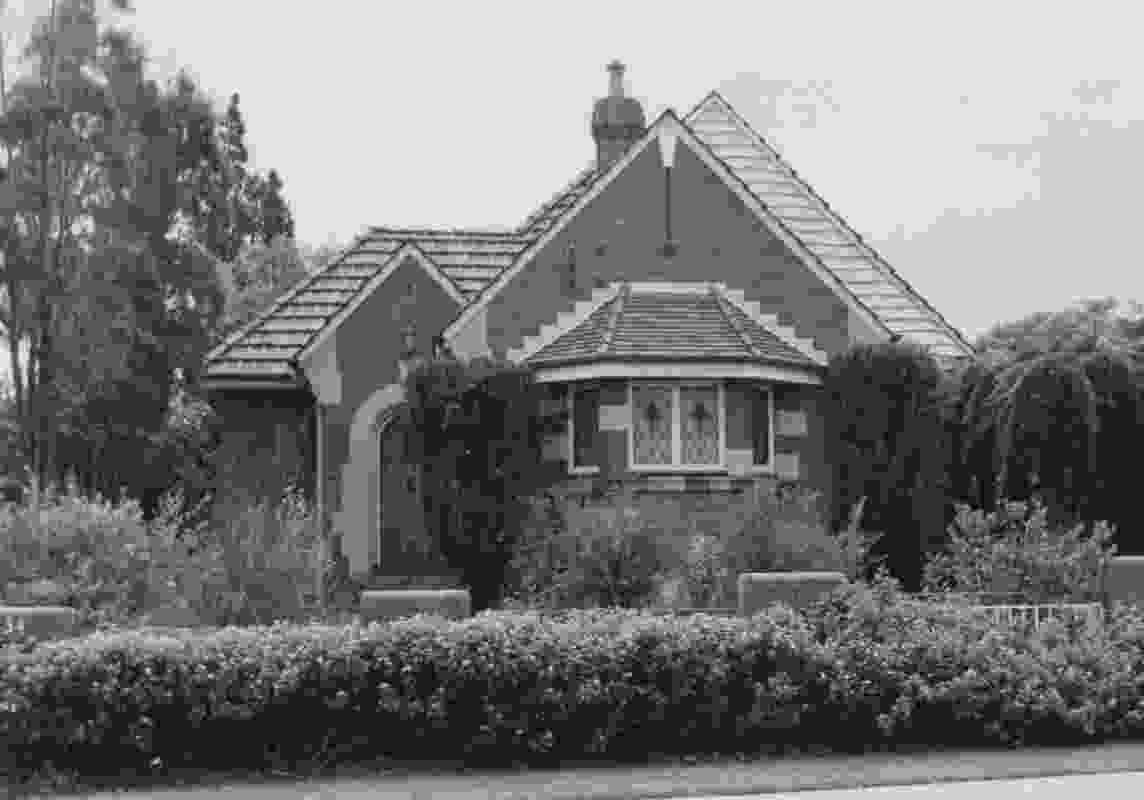 A house designed by architects Chambers and Ford, 1938. 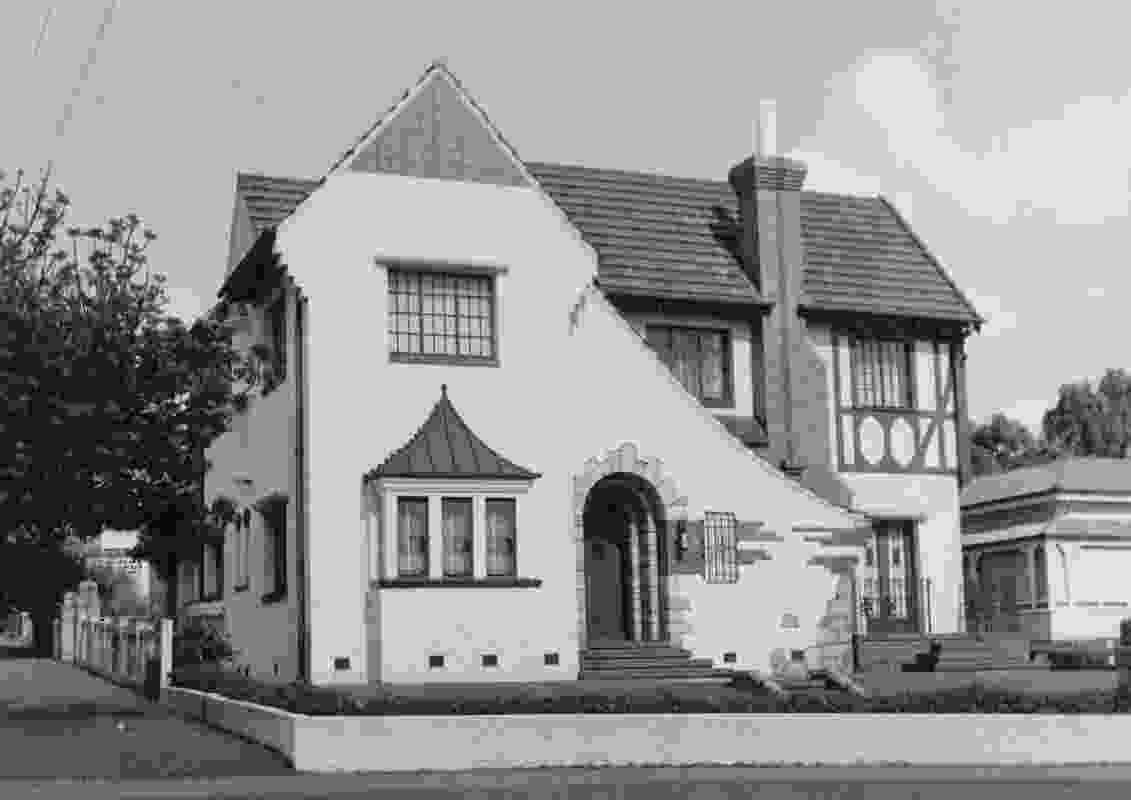 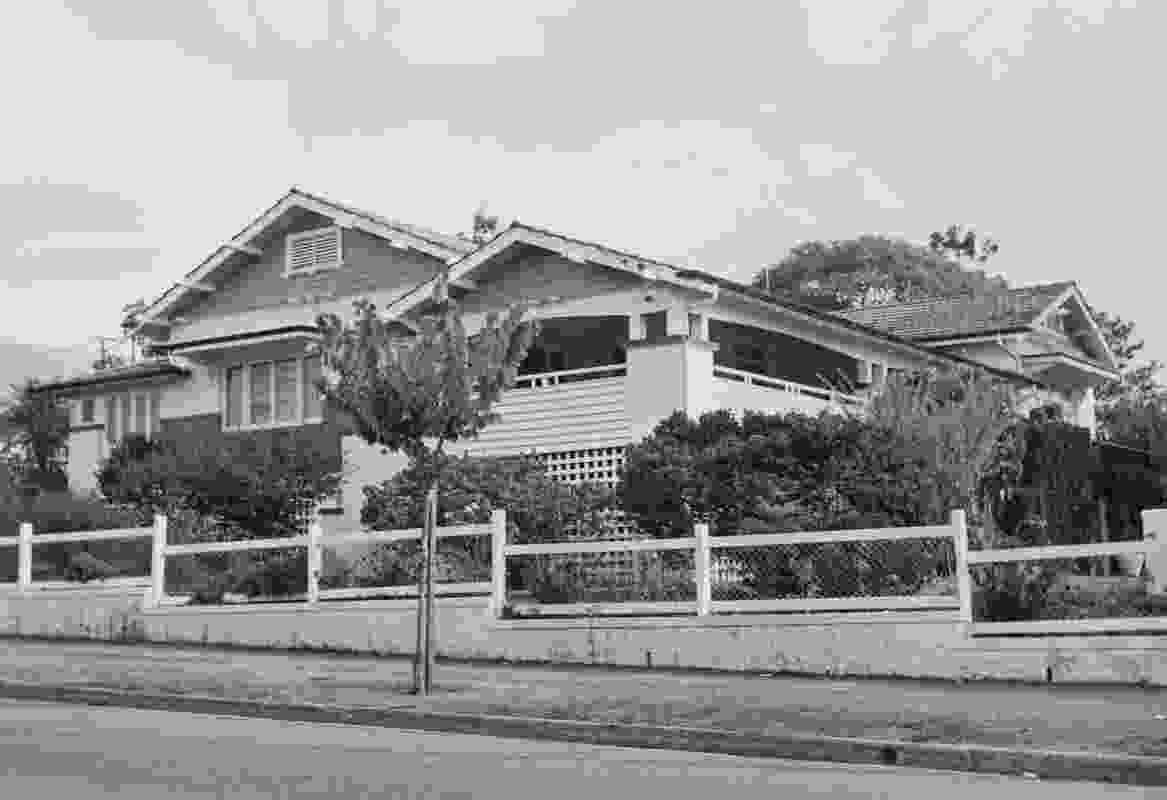 Petersham house, in 1920-21 for Henry Clarke and designed by the architect Eric P. Trewern. 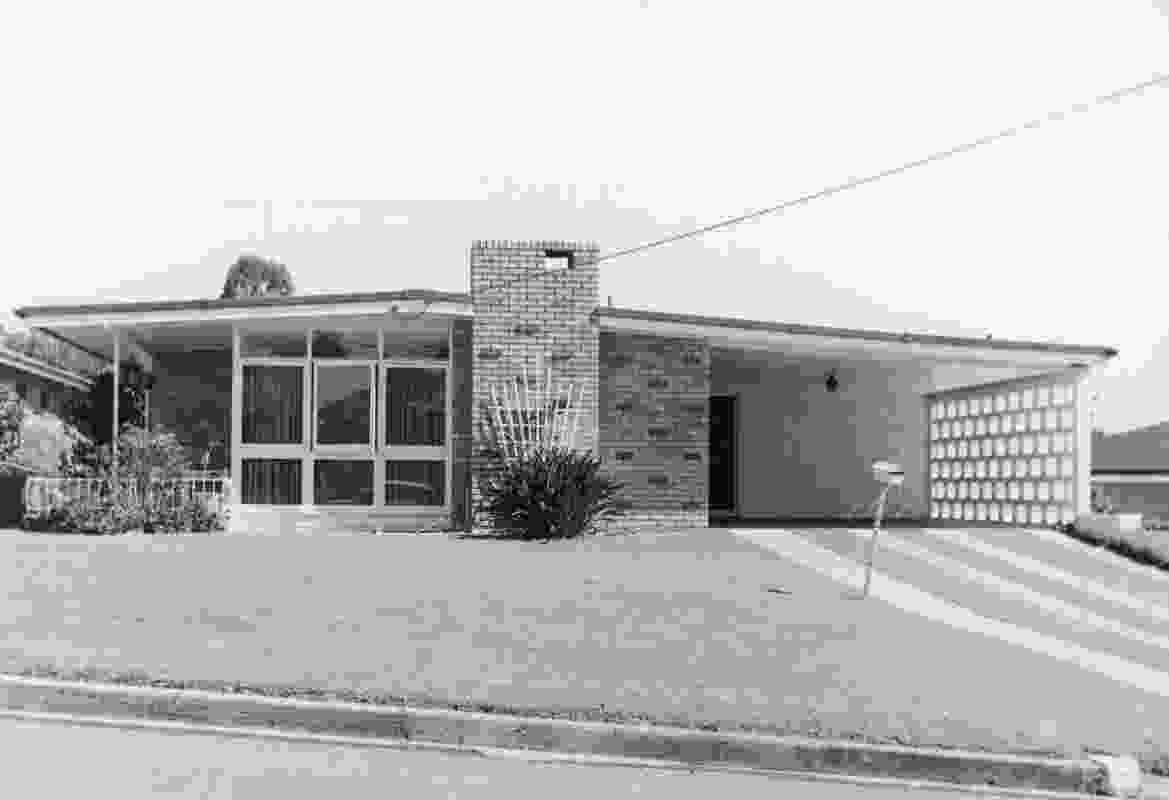 A mid-century modern house in Kenmore thought to be designed by Alan Graham Hamilton & Levin. 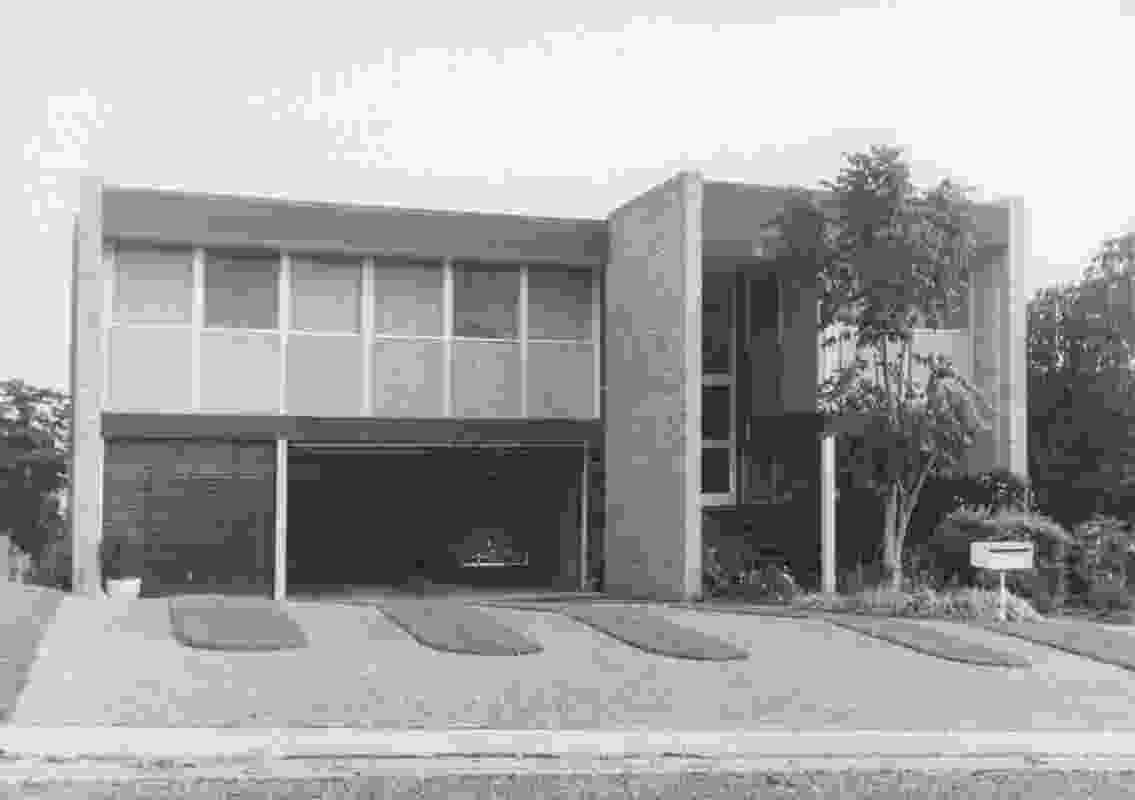 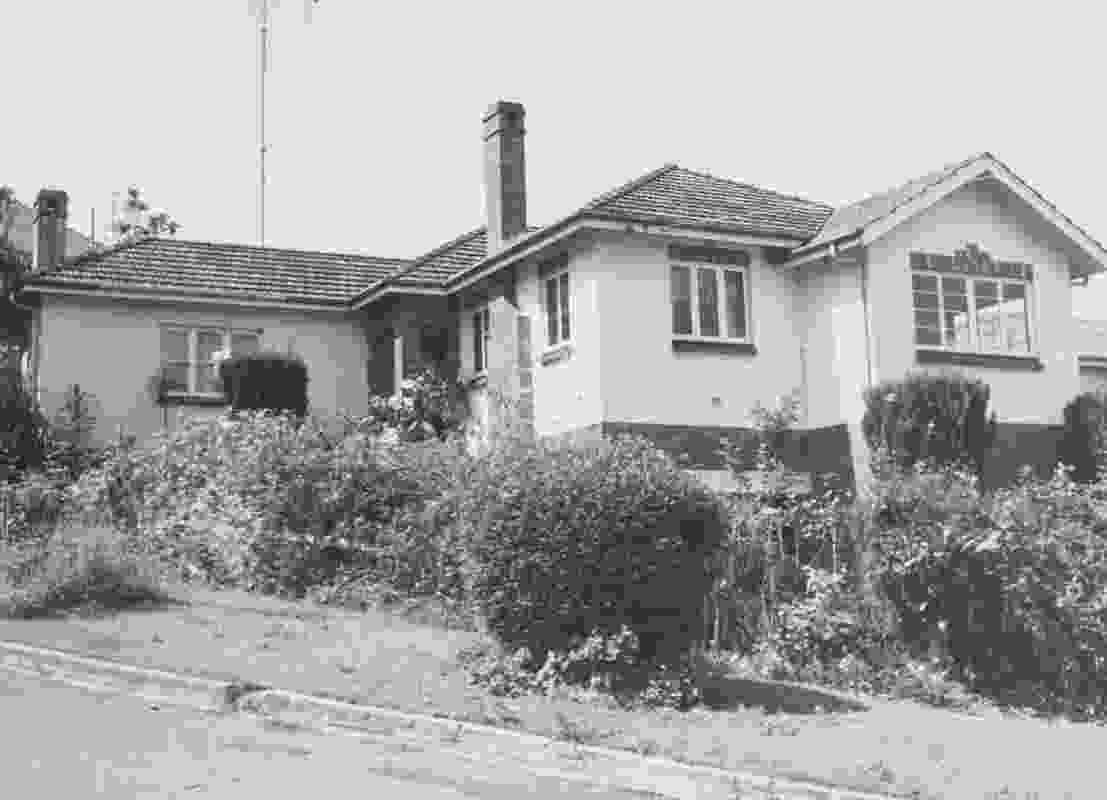 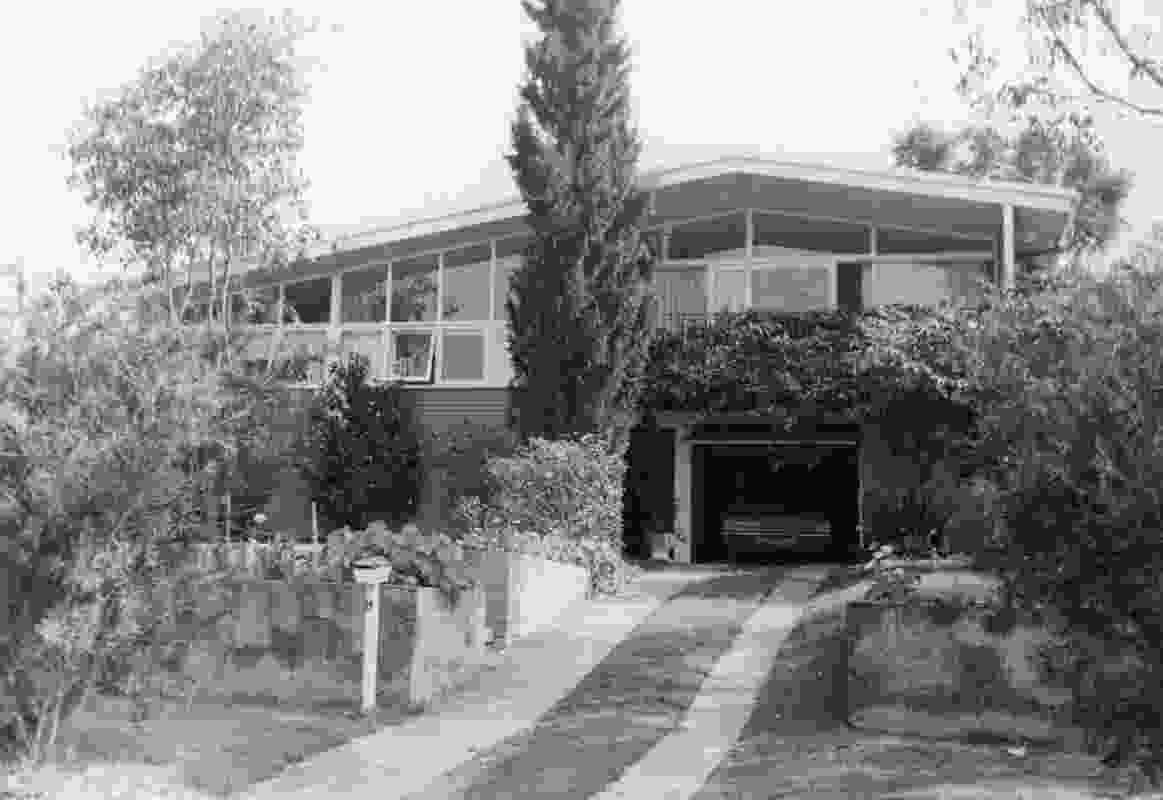