Melbourne has been selected as the partner for Business of Design Week 2018, Hong Kong's flagship architecture and design event and exhibition. ArchitectureAU reports on the 2017 program in anticipation of the focus on Melbourne’s creative sector in 2018.

Hong Kong’s Business of Design Week (BODW) is a five-day conference, forum and exhibition attended by more than 100,000 global visitors. Held in the first week of December each year, it is presented by the Hong Kong Design Centre and focuses on design, innovation and brands. Each year a partner city or country is showcased at BODW through speakers and a design pavilion. Italy was the partner in 2017 and for 2018 Melbourne has been chosen – the first Australian and southern hemisphere partner selected. Creative Victoria, working with the Design Institute of Australia, led a Victorian Design Trade Mission to BODW 2017 with a 50-strong delegation of designers, architects, businesses, associations and universities gaining exposure to the opportunities of Asian markets and building relationships in Hong Kong, China and beyond.

Recent BODW partners include Chicago, Barcelona and Sweden and with Italy the partner country for the 2017 BODW, the speaker program saw a number of its most renowned architects present their prodigious work across architecture, interiors and industrial design. The 2017 speakers included Massimiliano Fuksas (whose practice, Fuksas Architecture, in collaboration with with Guida Moseley Brown Architects, had worked on a proposal for a new national convention centre in Canberra, which has now been shelved) and Mario Bellini (the renovator of the National Gallery of Victoria, completed in 2003, with Metier3).

The standout presentation in the plenary hall sessions was from Jacques Herzog of the Switzerland-based global architectural practice Herzog and de Meuron. With great poise, and seated on stage behind his laptop, Herzog presented an insightful and somewhat mesmerizing account of his eponymous practice’s acclaimed body of work. This included a preview of two highly anticipated Hong Kong projects: the new M+, a museum of visual culture, currently under construction in the West Kowloon Cultural District of Hong Kong and scheduled to open in 2019; and the revitalization of the former Central Police Station and Victoria Prison. The latter is an ambitious new urban precinct where art galleries, exhibition and performance spaces will transform the historic and layered site into a new cultural destination for the Hong Kong community.

Speakers from the Asia Pacific region included Sou Fujimoto of Sou Fujimoto Architects, Japan and Li Hu, founding partner of Chinese practice Open. Li previewed the practice’s new manifesto-like monograph, Towards Openness, which will have its Australian launch in Brisbane in March as part of the 2018 Asia Pacific Architecture Forum.

The full 2017 program can now be viewed on the BODW video archive.

The BODW gala dinner included the presentation of the DFA Design for Asia Awards. This flagship program of the Hong Kong Design Centre seeks “to underpin the role of designers in society and to celebrate design leadership and exemplary designs and projects with commercial success and impact in Asia, as well as to recognize the rising force of emerging designers in Hong Kong.” Now in its 15th year, it includes a range of accolades – the Lifetime Achievement Award, World’s Outstanding Chinese Designer, Hong Kong Young Design Talent Award and the Design Leadership Award. In 2017 the latter was bestowed upon the visionary hotelier Adrian Zecha, best known as the founder of Aman Resorts and Azerai Hotels. Zecha’s longstanding relationship with Singapore- and Perth-based practice Kerry Hill Architects has produced a suite of acclaimed hotels across the Asia Pacific, including Aman Tokyo, winner of an Australian Institute of Architects International Architecture Award in 2015.

In the concluding plenary session of BODW 2017, Martin Foley, Victoria’s Minister for Creative Industries, revealed Melbourne as the BODW 2018 partner city, which was formally announced in May 2017 by Victorian Premier Daniel Andrews and Hong Kong Design Centre chairman Eric Yim with the signing of a letter of intent. Wrapping up BODW 2017, Victorian Government Architect Jill Garner gave a presentation on Melbourne’s urban character and diverse creativity, anticipating the contribution the city’s experiential, fashion, architectural, digital games, communications and industrial design community will bring to this international platform in December 2018. 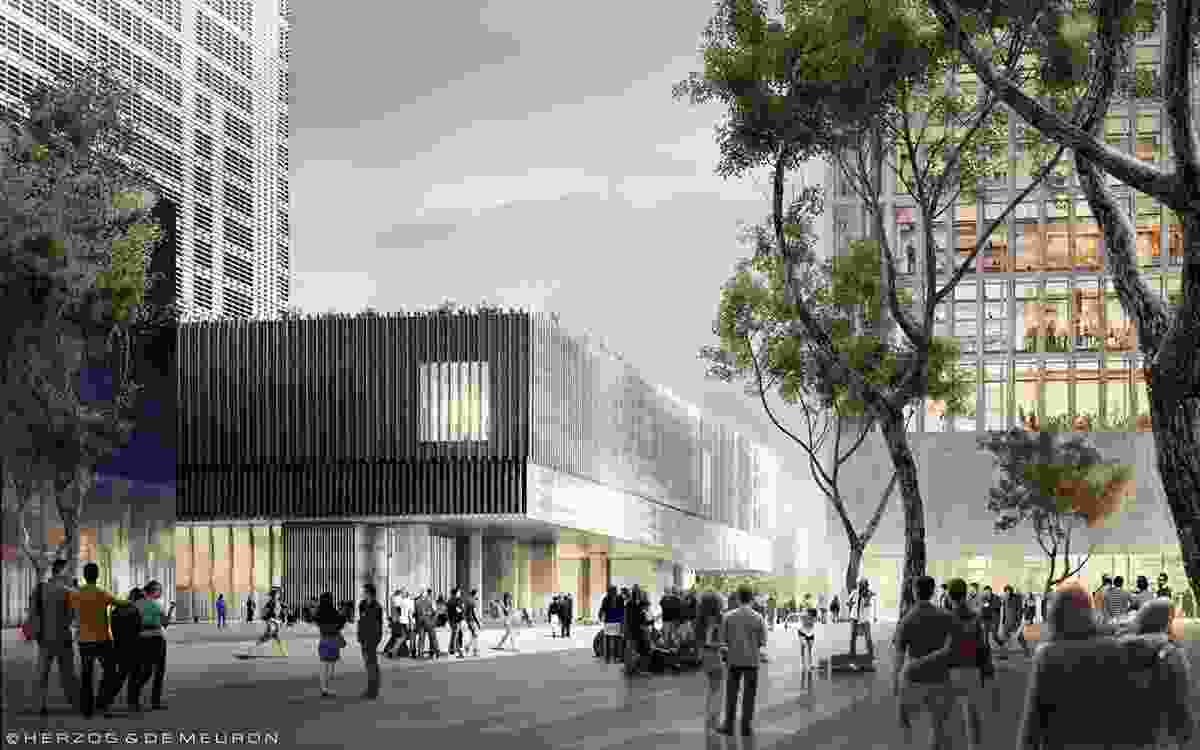 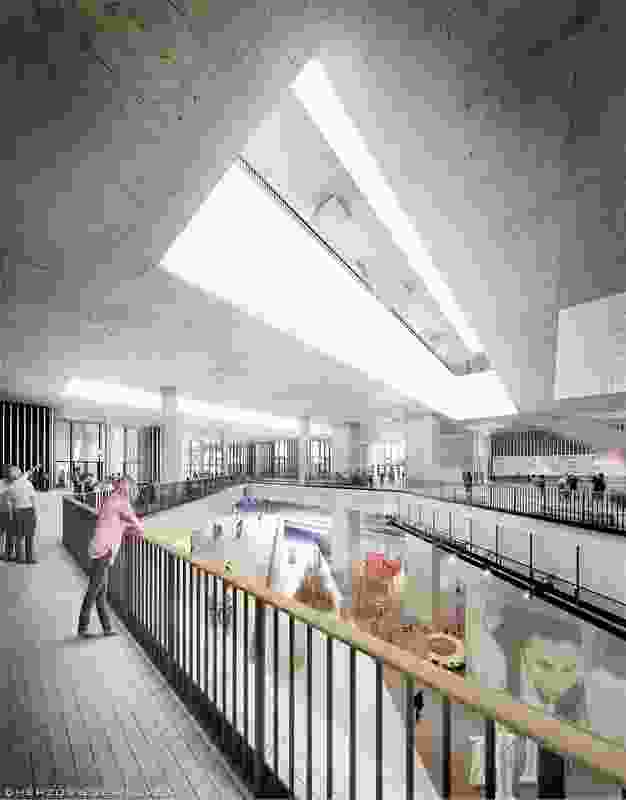 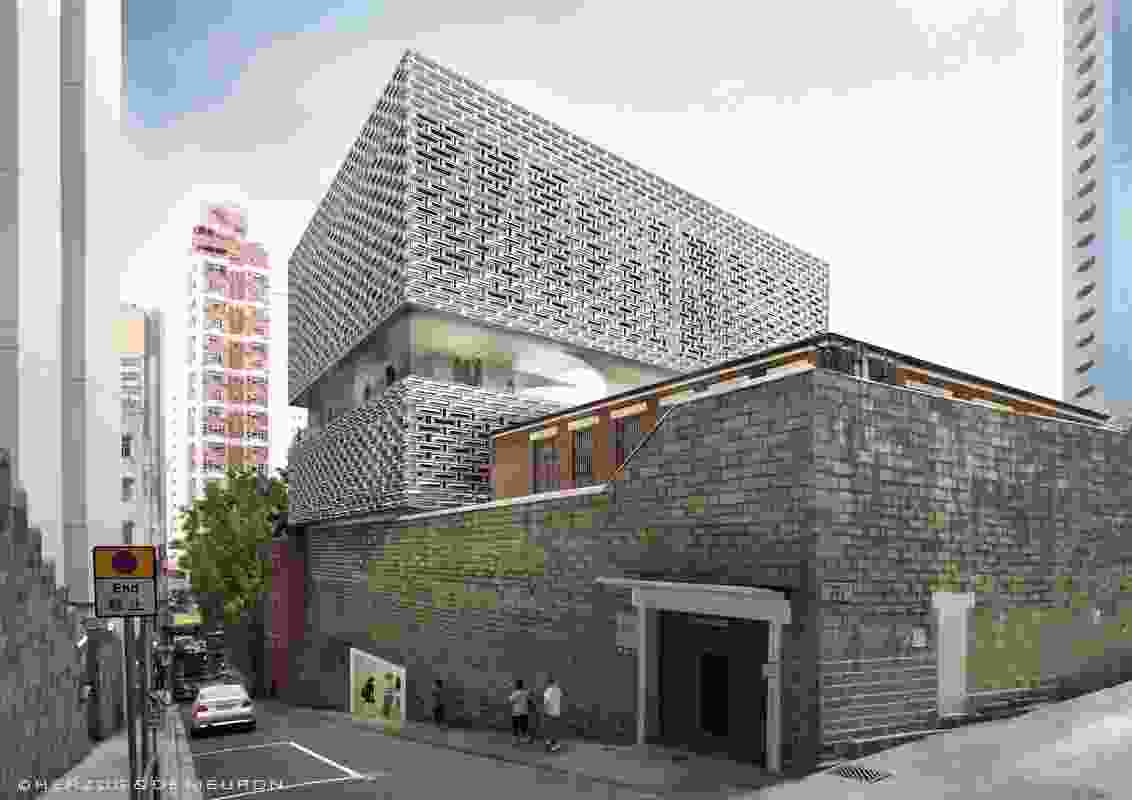 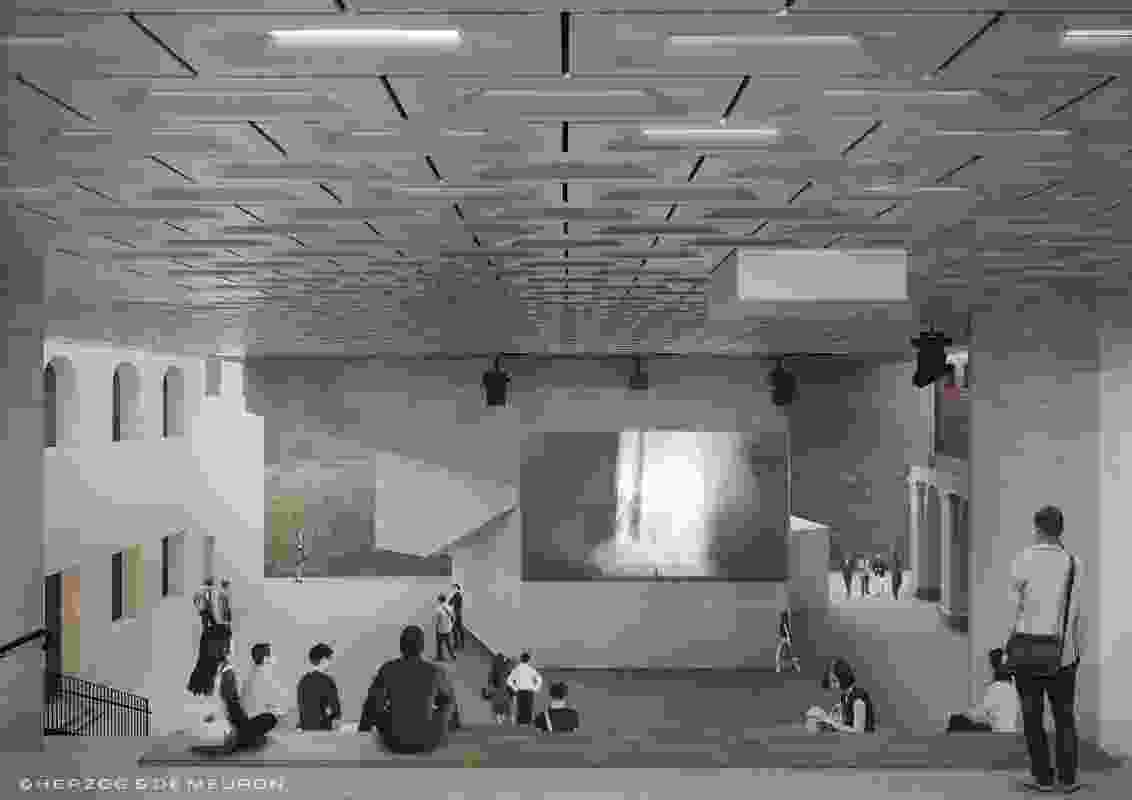 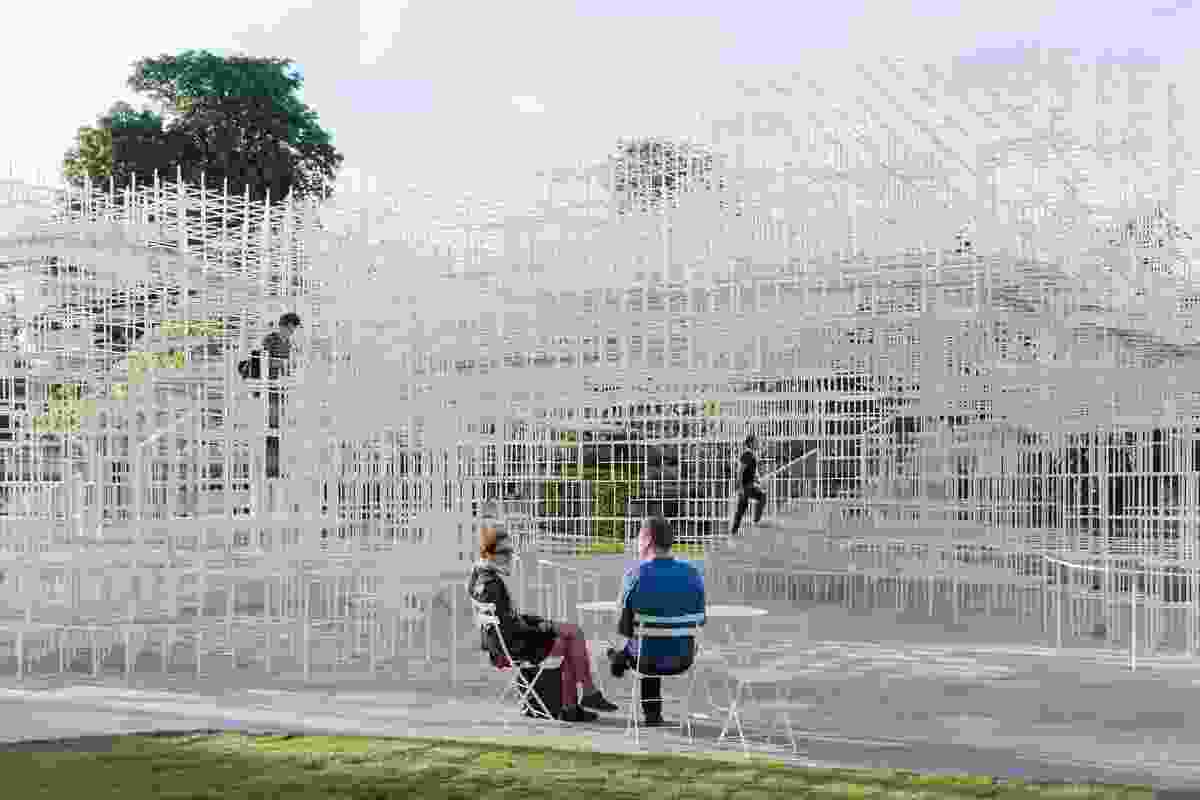 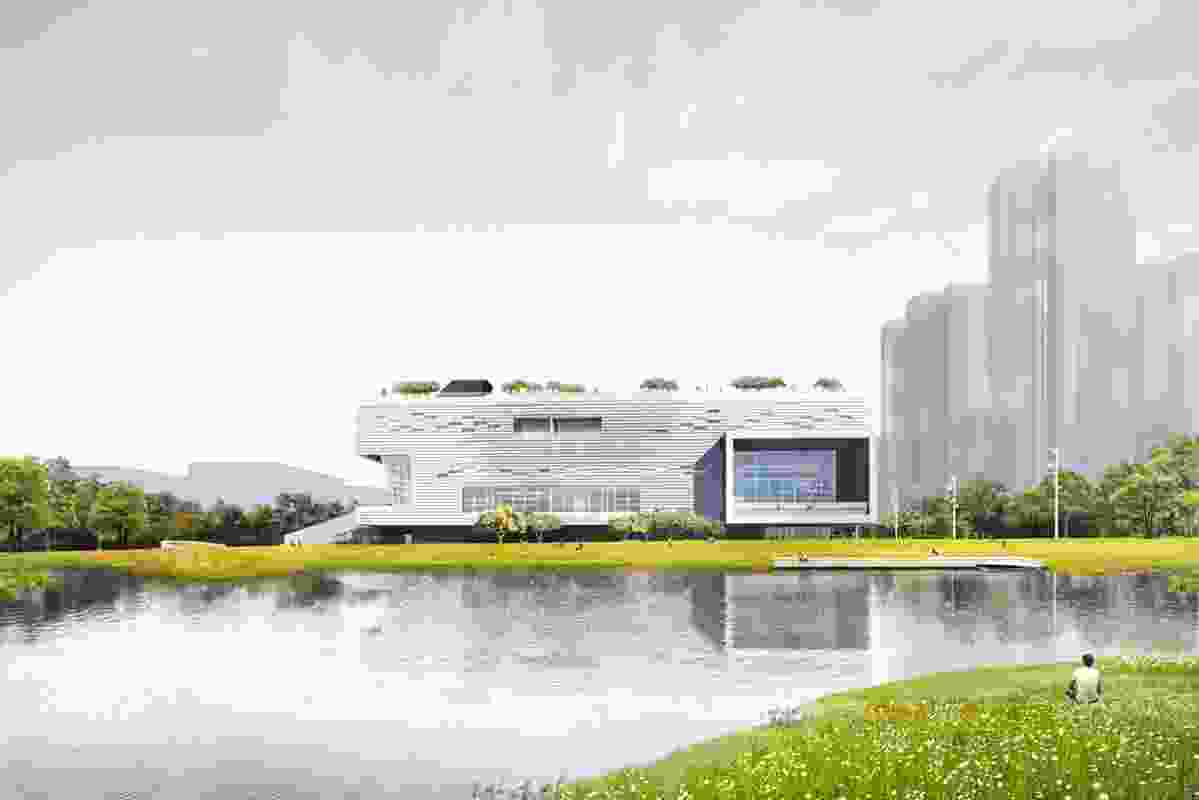 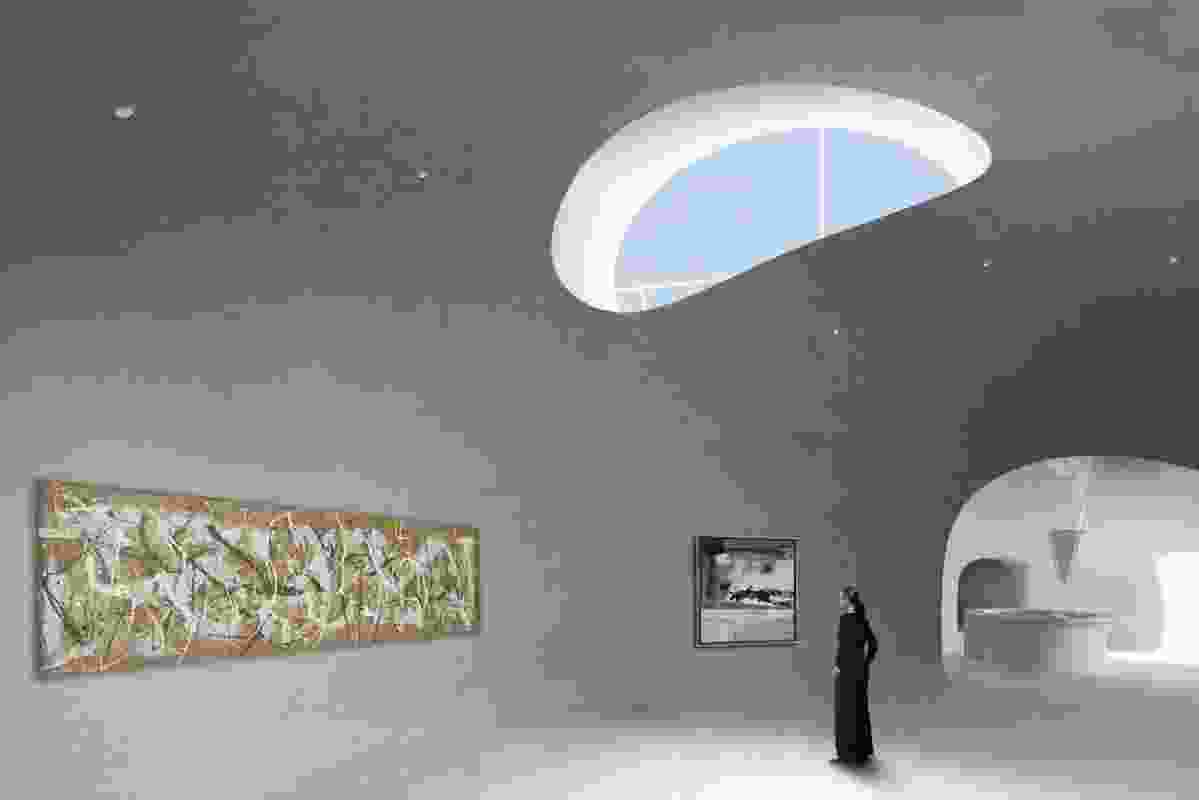 Dialogue by the Sea, Dune Art Space, by Open Architecture.