This sustainability case study is linked to a discussion on the attitudinal shifts required to achieve sustainable living.

The clean, white boldness of the house’s facade offers visual respite in a street of mixed architectural styles.

The clean, white boldness of the house’s facade offers visual respite in a street full of mixed architectural styles, from five-storey 1970s apartment buildings to Federation semis with hacienda renovations. Turning its back on this mixed-built context, the house looks inward to a series of interesting spatial experiences, from the alternating ceilings and voids on the ground floor to the lofty hall above and the intimate little bedrooms.

The site is long and narrow and faces north at the rear. So the challenge became: how do we bring light and air into the long, deep plan? Side penetrations are limited to below fence height, screening out the close neighbours and promoting entry of cool air. Operable skylights are concealed above the first-floor boxes, allowing light to bounce ethereally off them and into the interior.

The design of this house is experimental in its sustainability initiatives, using dramatic space and form as part of its passive heating and cooling system. Our clients have experienced one summer there so far, and reported that they were cool and comfortable during the heatwave.

The ground-floor service spine and first-floor hall are organized to insulate the house from the belting afternoon sun, keeping living and sleeping spaces cool in summer. The house is designed to promote stack-effect ventilation, drawing cool air in down low and allowing it to escape through the operable skylights. In addition, ceiling fans are provided in the sleeping spaces. The house is fully insulated. Bedrooms are planned away from contact with the western wall, and away from contact with the roof. The volume of the house, in combination with the in-wall and ceiling insulation, is used to stabilize comfortable temperatures.

In-slab heating creates a radiant heat source, which gives a greater perception of warmth than air temperature change. The temperature is set low and augmented by gas heating. The overall strategy of the house, using multiple double-height voids, allows light to penetrate the depth of the long, narrow plan from the north and the sky, reducing the need for artificial lighting. Meanwhile, the mono-pitch roof minimizes the need for guttering and in-ground PVC piping, connecting rainwater to the under-deck tanks and water recycling system.

This house won the Sustainability and New House under 200 square metres categories of the 2011 Houses Awards.

Read “Shifting attitudes to sustainable living,” a discussion related to this case study.

The clean, white boldness of the house’s facade offers visual respite in a street of mixed architectural styles. 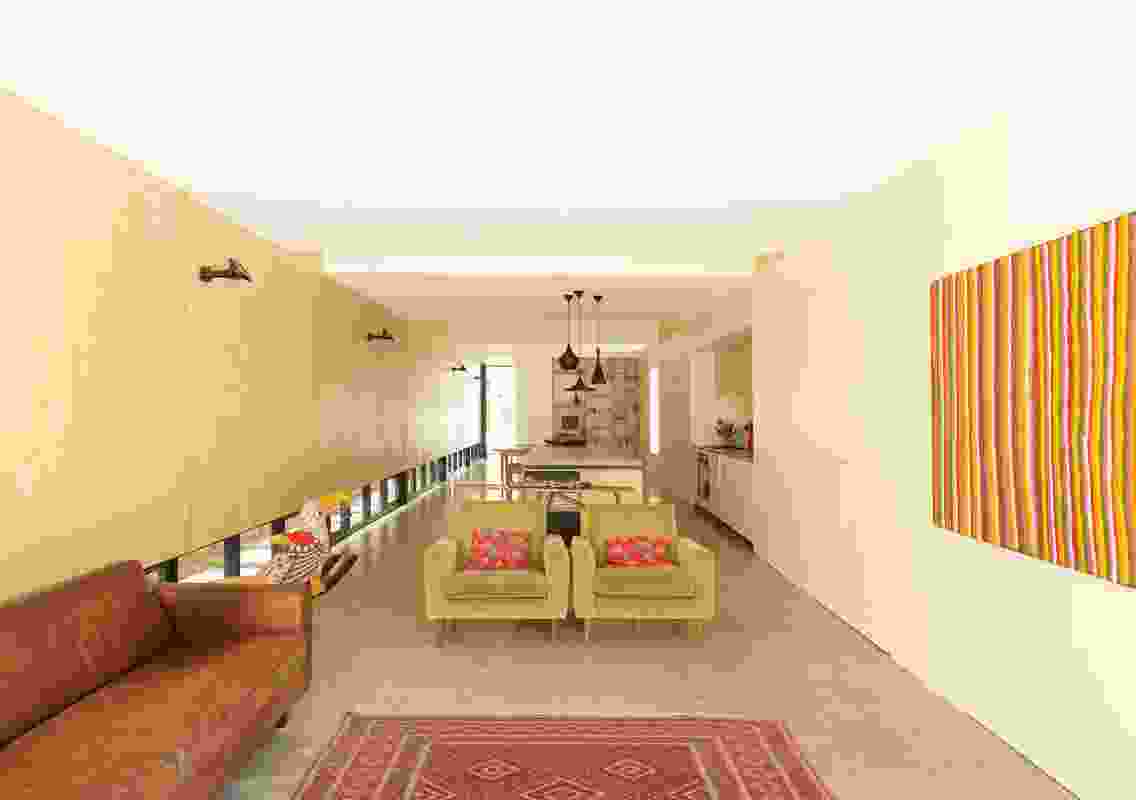 The ground floor service spine is organized to insulate the house from the belting afternoon sun. 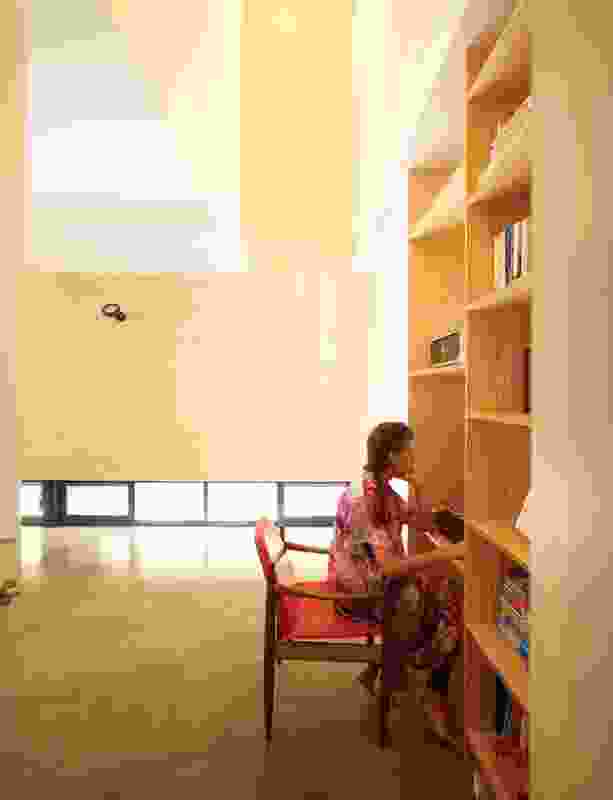 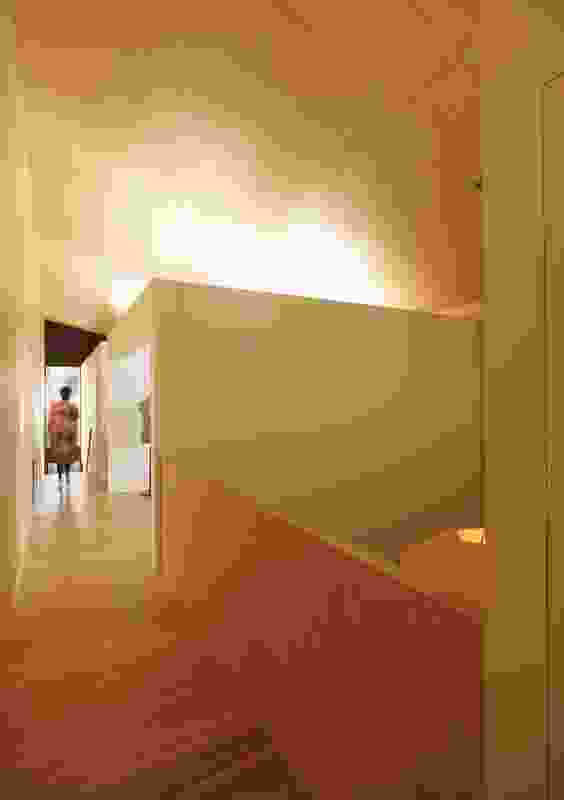 House Shmukler was conceived of as a series of boxes suspended in a large, shed-like space. 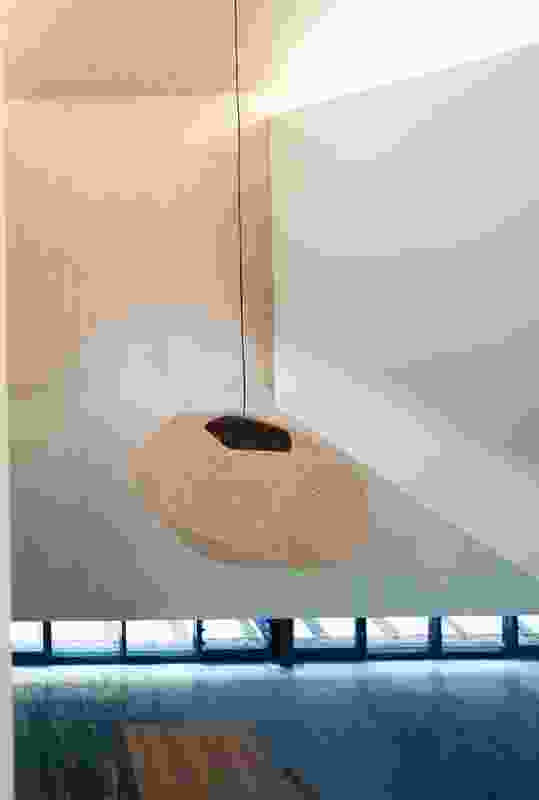 Operable skylights are concealed above the first-floor boxes, allowing light to bounce off the white boxes and into the interior.