Australia has many great examples of residential design. Houses magazine, first published in 1989, has documented this heritage over the last quarter of a century for one hundred issues. It has published over two thousand projects and over twelve thousand pages. The magazine celebrated the release of its one hundredth issue at Rogerseller showrooms in Melbourne and Sydney where two esteemed architects – Peter McIntyre AO and Penelope Seidler AM – shared their personal reflections on the last twenty-five years of Australian residential design.

Peter McIntyre’s wry humour captivated the audience. He vividly narrated anecdotes from his eighty years of practice – he started out as a printing boy in his father’s office at the age of seven, and launched his own practice in 1949. His first house, the Star Gazer House, was built in North Balwyn, a suburb reviled by Robin Boyd for its mindless perpetuation of pre-war houses.

“Robin Boyd and I were devoting our lives to trying to influence how houses were built in Australia,” McIntyre recalled. “We came to the conclusion it was no good just designing houses because we weren’t making enough impact. We decided to get into planning. I remember Robin saying to us, ‘We’ve got to grab the bull by the tail and look at the problem directly in the face.’”

McIntyre went on to write the Strategy Plan for City of Melbourne in 1973, which gave the city “a way of measuring what was happening so that they could respond.” He also designed the Dinner Plain alpine resort village in north-east Victoria, which was a revolutionary model for planning developments.

Penelope Seidler was equally personal in her reflection, sharing her fond memories of growing up as “a good North Shore girl” before moving into a one-room basement apartment in Point Piper as a newly-wed with the late Harry Seidler.

She too reflected on the pastiche borrowing of foreign architectural styles. Her father had been a minister for housing and she recalled discussions of “slum clearance” in Sydney’s eastern suburbs. “I realized later on they were tearing down all those lovely buildings in Surry Hills and building 1950s pseudo-Scandinavian-style buildings,” Seidler remembered. “Looking back retrospectively, I feel that it destroyed a lot of the character of Sydney.”

While living in the Harry Seidler-designed Ithaca Gardens apartments in Elizabeth Bay, Seidler recalled driving out to the North Shore each weekend, looking for the ideal block of land, and eventually finding the “architect’s dream” of an impossible-to-build-on site for their seminal Killara House, which she still lives in today (in its original condition).

“The one hundredth issue of Houses provokes some reflection on the twenty-five years that the magazine has celebrated and promoted Australia’s best residential architecture and design, and the high quality and variety of projects we have had the privilege of reviewing in the last quarter of a century,” said editor Katelin Butler. “Looking back, it is clear that Houses has always been highly effective at promoting good design to a wide audience and exploring the way that a house becomes a home, through the role of architectural ideas, experimentation and innovation.”

Houses issue 100 is on sale October, 2014. Thanks to Rogerseller for its generous support of these events, and to all our valued readers and contributors for joining us in the celebrations. See more images of the Sydney and Melbourne events. 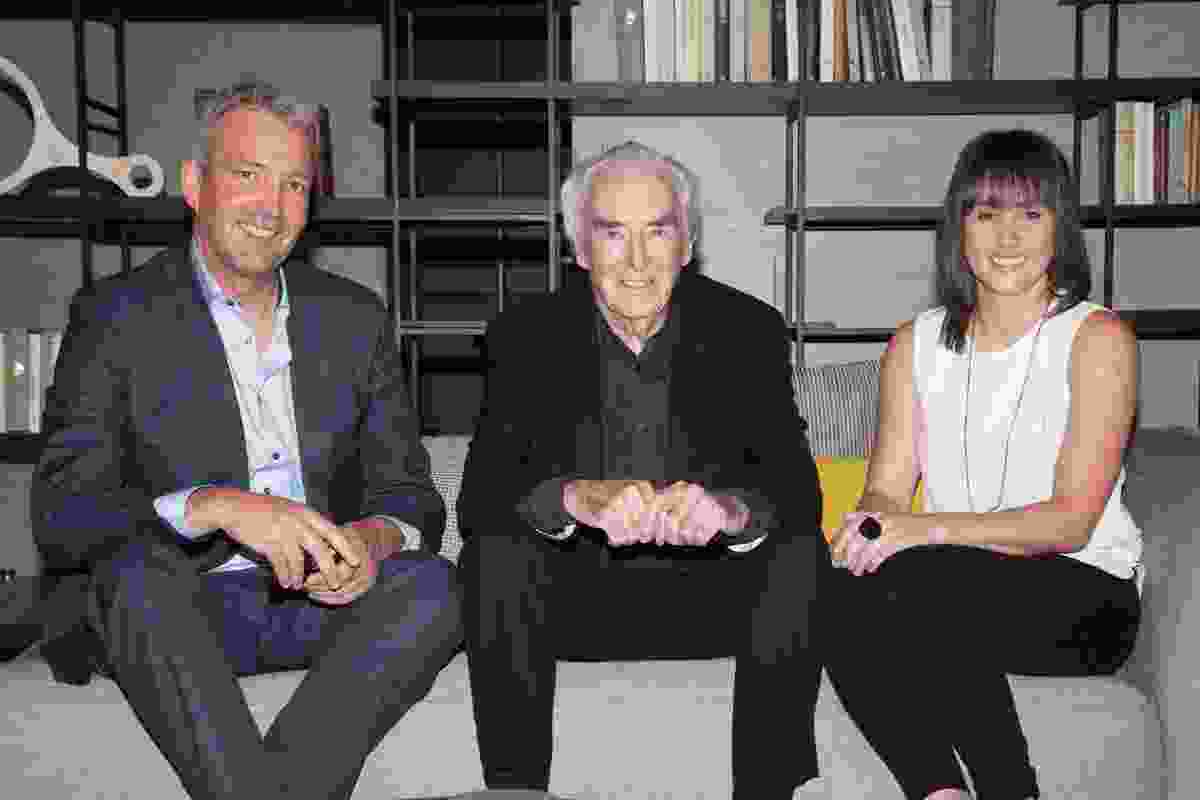 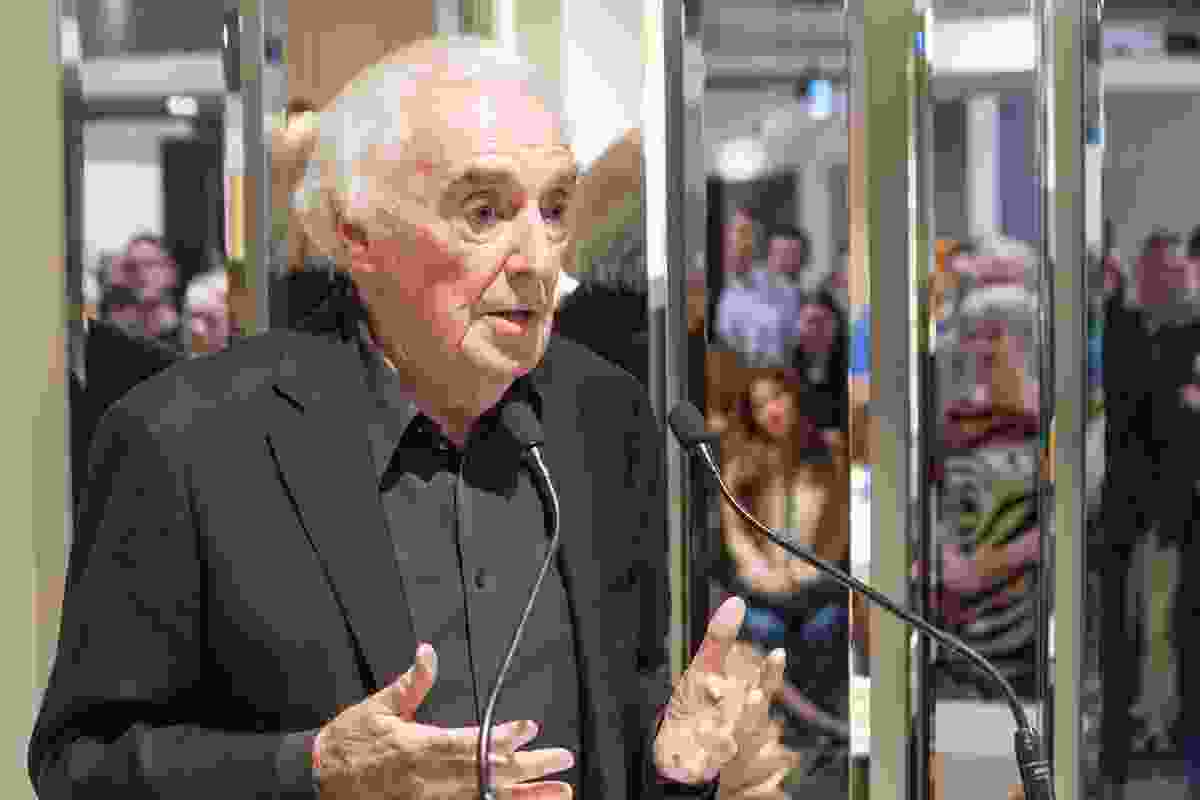 Peter McIntyre AO captivated the audience with stories from his eighty-year career. 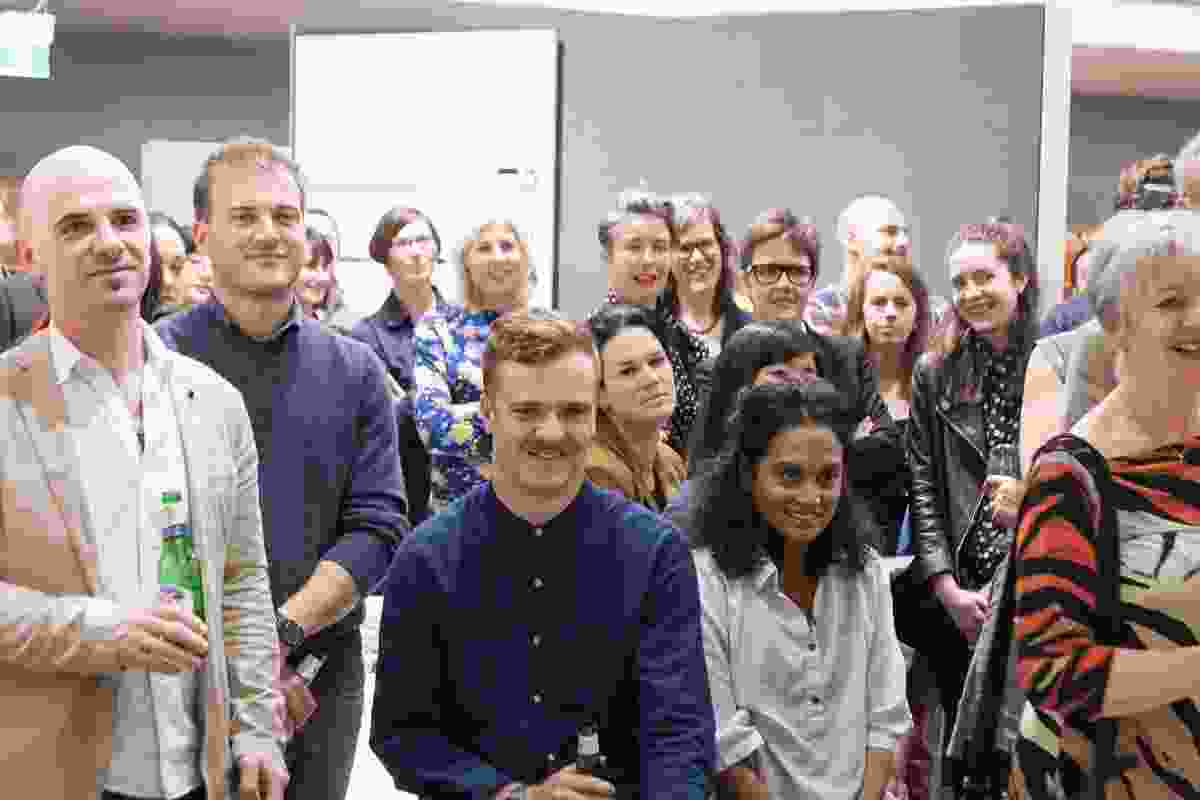 An enraptured audience at the Melbourne celebration. 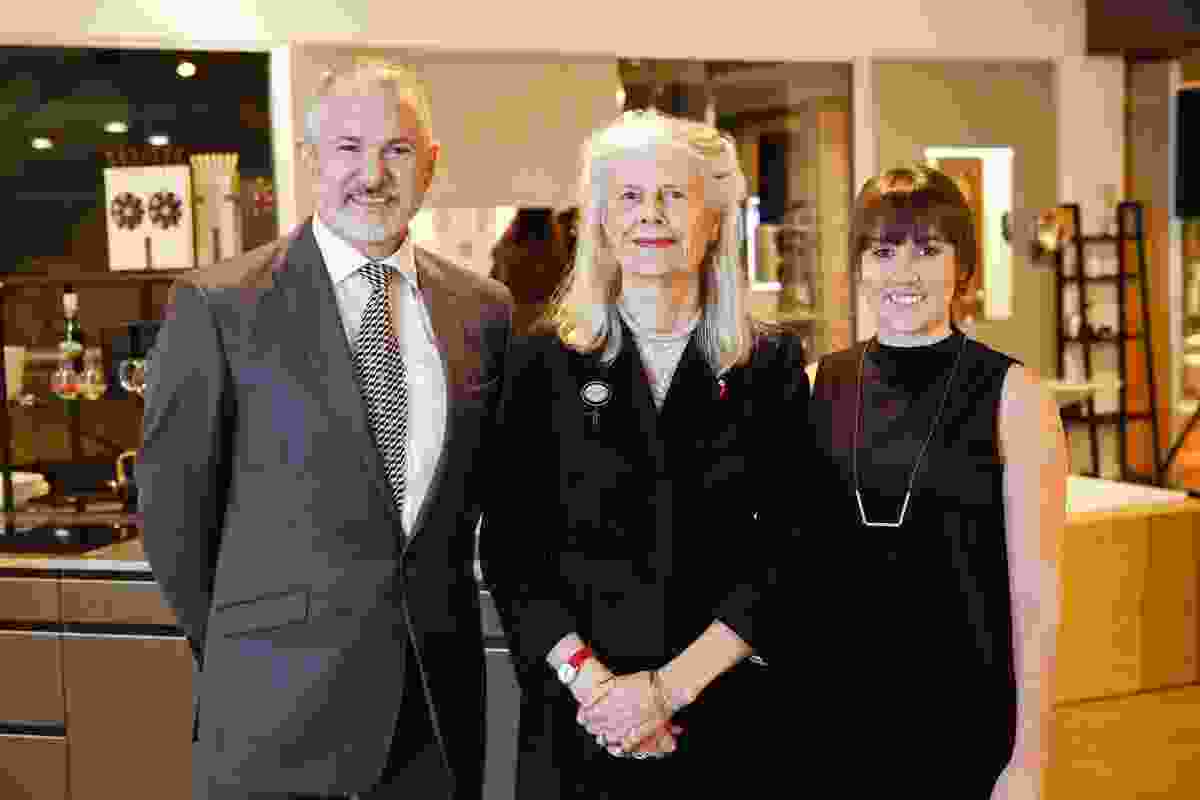 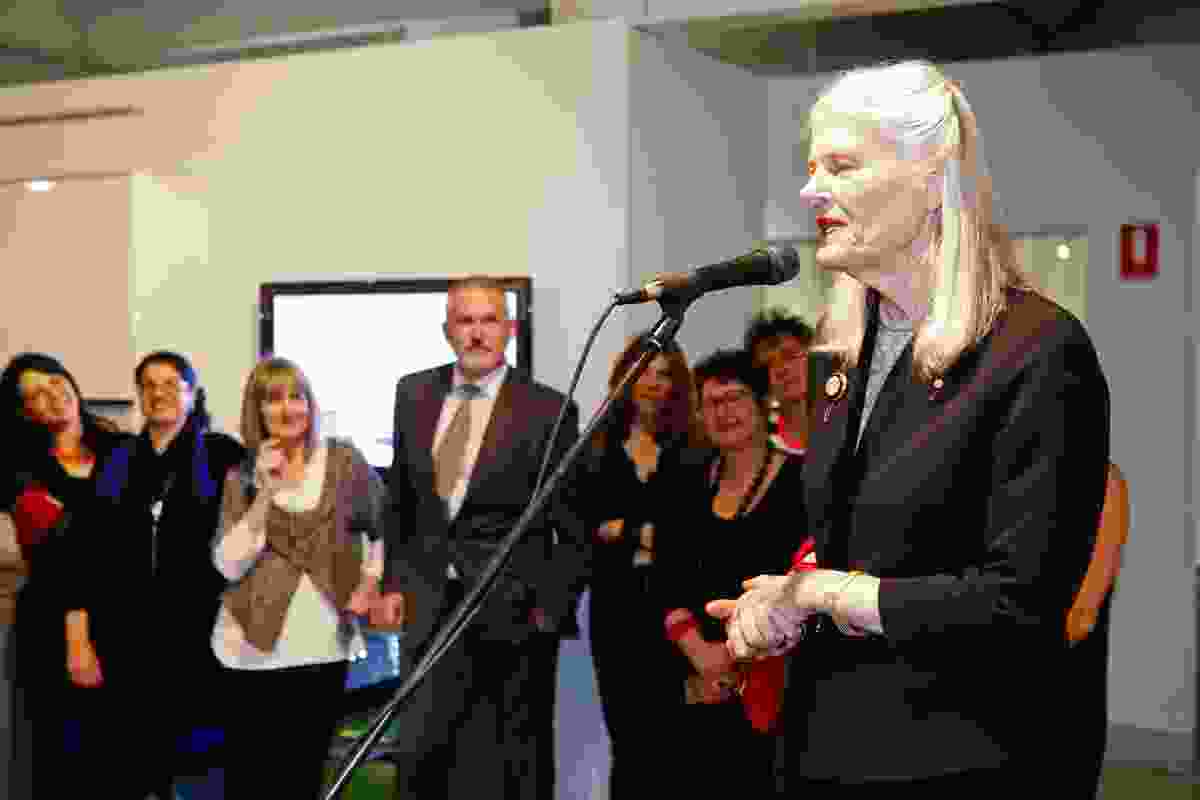 Penelope Seidler AM reflecting on residential architecture at the Sydney event. 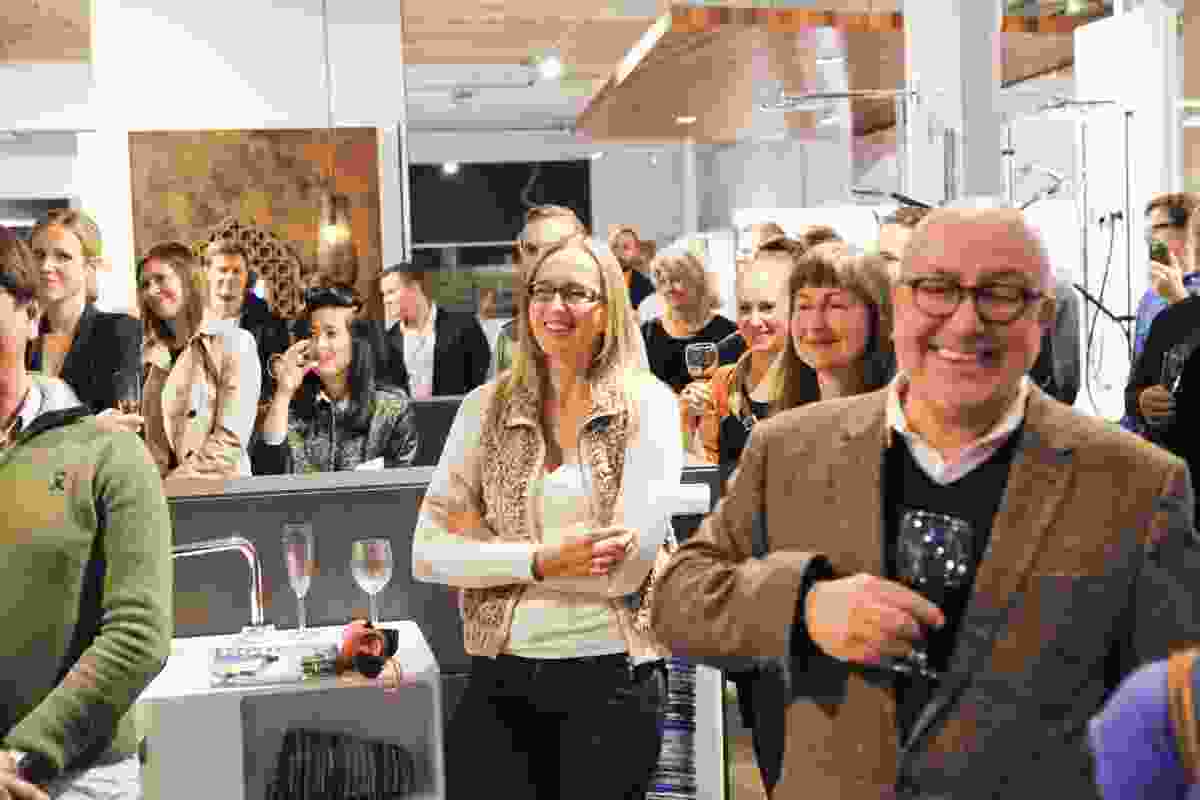 The crowd at the Sydney celebration. 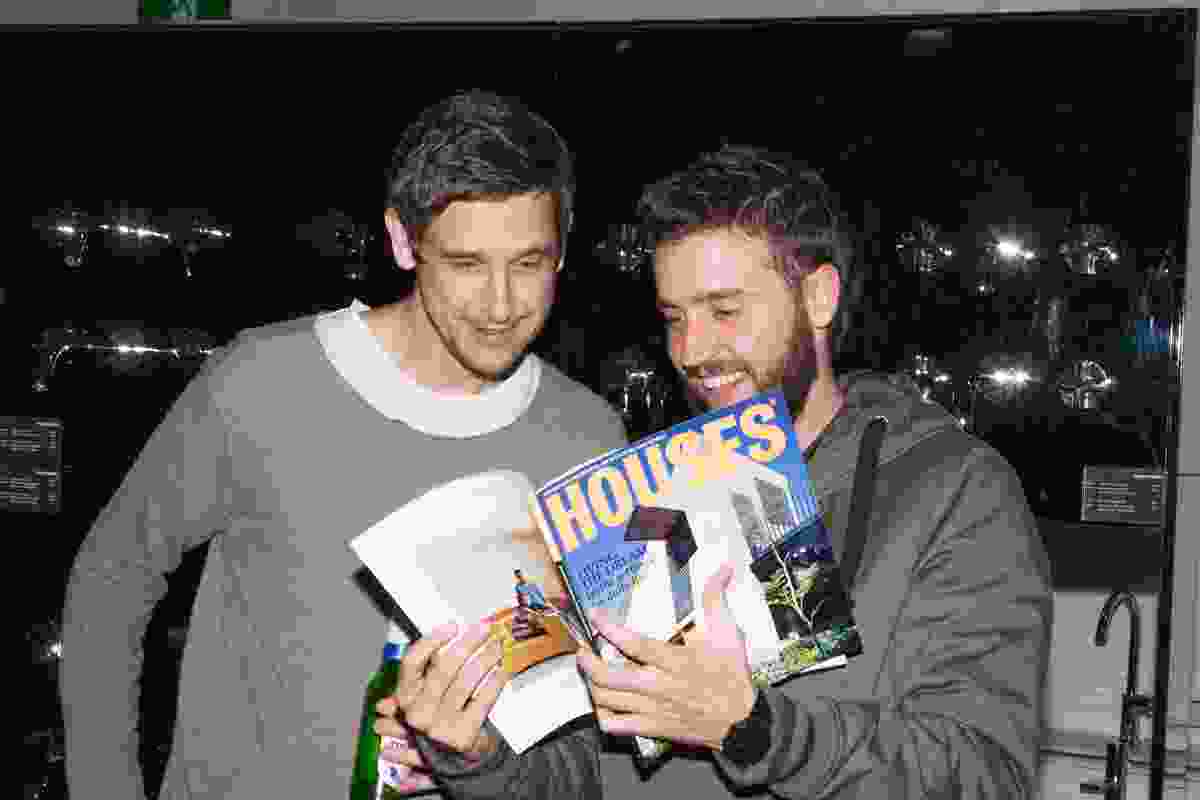