A concept image of the Waterloo estate redevelopment.

The fourth Festival of Urbanism, which is hosted by the University of Sydney and begins on 31 July, has announced a program of events, talks and exhibitions that will look at urban planning from a diversity of perspectives.

The festival will include a session that aims to explore the issue of housing affordability in a “new light.” Professor Nicole Gurran, professor of Urban and Regional Planning at the University of Sydney, director of the Australian Housing and Urban Research Institute and leader of the Urban Housing Lab at Sydney, will present new research material that will examine the topic in a way that doesn’t focus on home ownership.

This will be followed by a discussion with Dr Deborah Dearing, the newly-appointed president of the NSW Architects Registration Board and Greater Sydney Commission member, Stockland’s Gavin Tonnet and Ned Cutcher of the Tenants’ Union of NSW.

Elsewhere in the festival, Sydney Morning Herald columnist and architecture critic Elizabeth Farrelly and University of Sydney professor Peter Phibbs will “fact check” the current conversation around urban planning at the launch event, asking how we can “navigate the post-truth landscape” when talking about urban issues.

Also on the program is a site visit to the North Parramatta Heritage Precinct, led by local advocate Suzette Mead and historian Terry Smith. The precinct is the subject of a $310 million plan to redevelop the area around a collection of historical buildings that began life as the convict-era Parramatta Female Factory, Australia’s first purpose-built establishment for convict women sent to NSW. The development would include 2,700 new homes.

“The future development of the site must be based on the conservation, interpretation and enhancement of its heritage significance,” said Australian Institute of Architects’ NSW chapter president Andrew Nimmo at the time.

A screening of the 1981 documentary Waterloo, which tells the story of local residents in Sydney’s Redfern and their fight against the a 1970s plan by the NSW Housing Commission to demolish inner-city workers’ terraces and replace them with 30-storey towers.

A redevelopment of the Waterloo estate was announced in 2015, with plans to replace the complex with 7,000 new dwellings over a 19-hectare area heavily criticized by the City of Sydney, which said the density of the proposal was “unprecedented in Australia and rare internationally.”

The closing event of the festival, on 12 August, is a free walking tour of the Waterloo estate led by tenants and researchers.

The Festival of Urbanism IV opens on Monday, 31 July and runs for two weeks. For more information, including the full event program, go here. 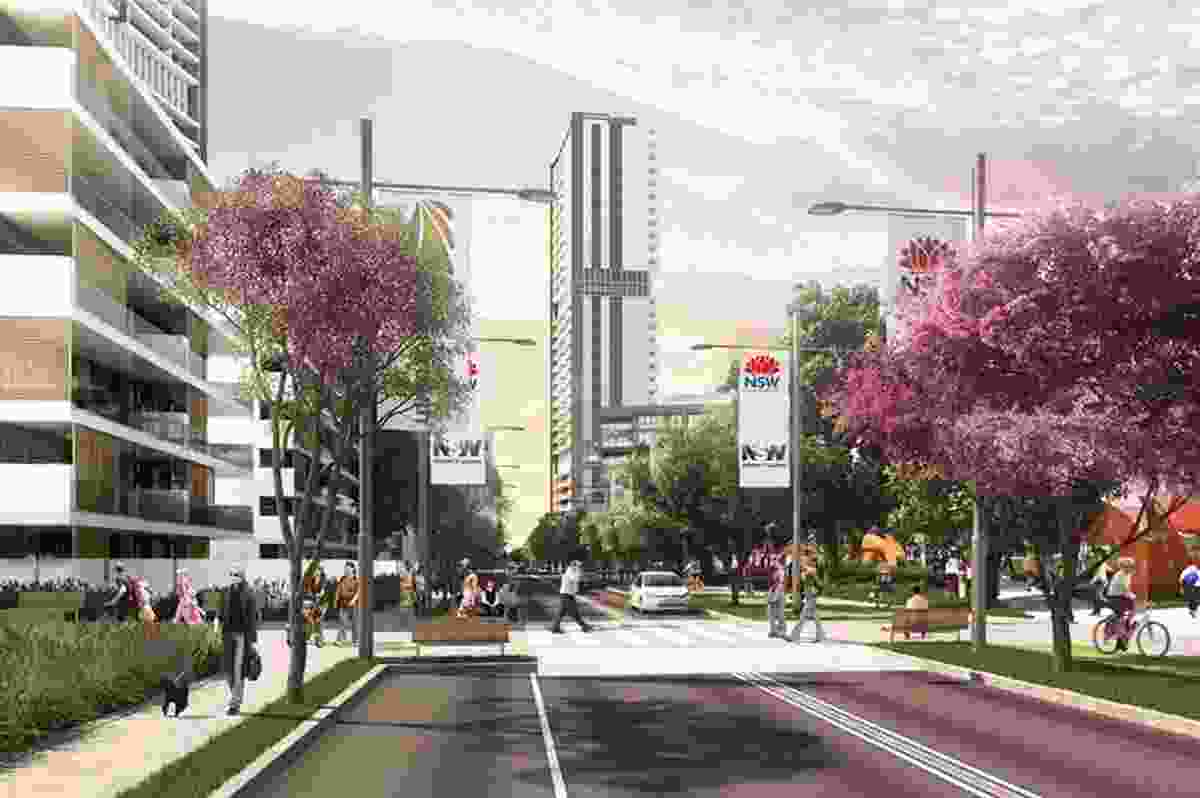 A concept image of the Waterloo estate redevelopment.