Sydney’s pop-up brainstorming forum had its first gathering for 2014 on a Surry Hills rooftop, where the topic was ‘The future of Work’. Nicola Balch from McGregor Coxall went along.

The great thing about Idea Bombing Sydney is, very often, not what is actually said, but who is brought together. These events, which happen every other month, are like a booster shot of networking for young up-and-comers.

Aided by donation beers and great urban locations, the events work as catalysts for compelling discussions around grassroots approaches to the rethinking and remaking of our urban environment. The first installment for 2014 was in February, a summer edition, themed ‘The future of work’, but perhaps should have also have been titled ‘The future of work and workplace learning’.

The venue was ‘The Office Space’ rooftop in Surry Hills, a collaborative environment providing a home platform for small-to-medium businesses and startups. The Office Space essentially works as a launching pad for the sort of individuals and companies who take the microphone at Idea Bombing Sydney events. The notion is this: pull together four presenters who are each involved in new or developing movements, events and businesses which have in their own right contributed to the acceleration of Sydney’s creative and cultural trajectory. This particular edition featured speakers representing: The Hub Sydney (Seth Lawrence), Laneway Learning (Rick Benger), Brand X (James Winter) and Start Some Good (Natasha Akib).

It seemed to lead with a mantra of “Say no to boring offices” and offered advice for the future of crowd-funding, co-working and collaborative, creative workspaces.

It seemed to lead with a mantra of “Say no to boring offices” and offered advice for the future of crowd-funding, co-working and collaborative, creative workspaces.

Speakers reflected on three primary tips which ranged from the abstract “Be a master of space and time” (Rick Benger, Laneway Learning) to Natasha Akib of Start Some Good with words of wisdom on successfully running a crowd-funding campaign (tip 11: Be targeted and find a pitch community).

‘The future of work’ was considered beyond notions of shared space to examples small business which help facilitate new means for art and project development, whether alternative funding or cheap and accessible classes for skills development.

It’s a lot of content to juggle on a single night, but that reinforces the idea that you get as much out of idea-bombing is you put in. This is also evidenced by the networking buzz around the ‘Idea Wall’ (the Idea Bombing Sydney trademark), which takes a different form for each event, but always invites everyone present to contribute their ideas on how to better our city. The ideas are not lost, they are collated and documented, waiting for a moment of implementation. And that is exactly what Idea Bombing Sydney plans to do, distill the feasible ideas collected and transform them into reality.

Here’s a sampling of better ideas – off the Idea Wall, in response to the question:
What skills does Sydney’s future workforce need?

Idea bombing Sydney was founded by John O’Callahan and Melinda Garcia. The next Idea Bombing Sydney is on 3 June 2014 at the MCA, for the Vivid Ideas Edition. After that it will be based at Object Gallery (7-23 July) before returning to its roaming pop-up tradition. 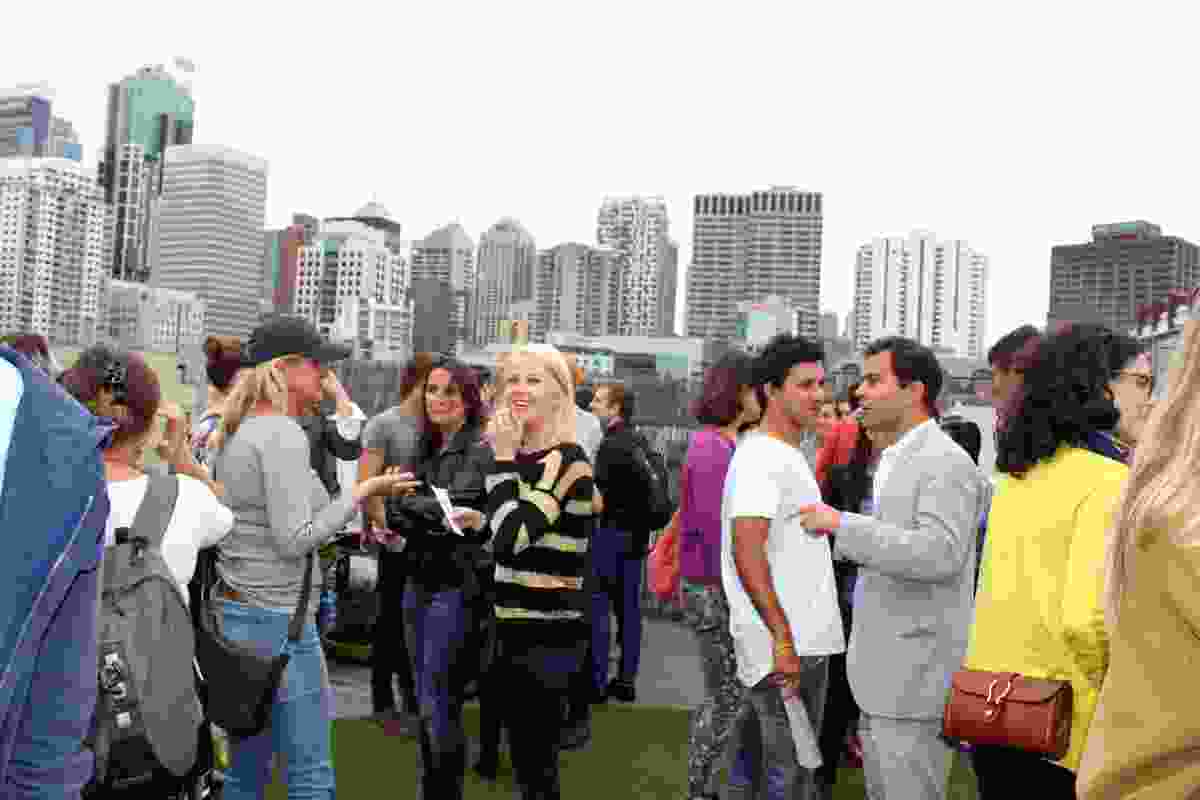 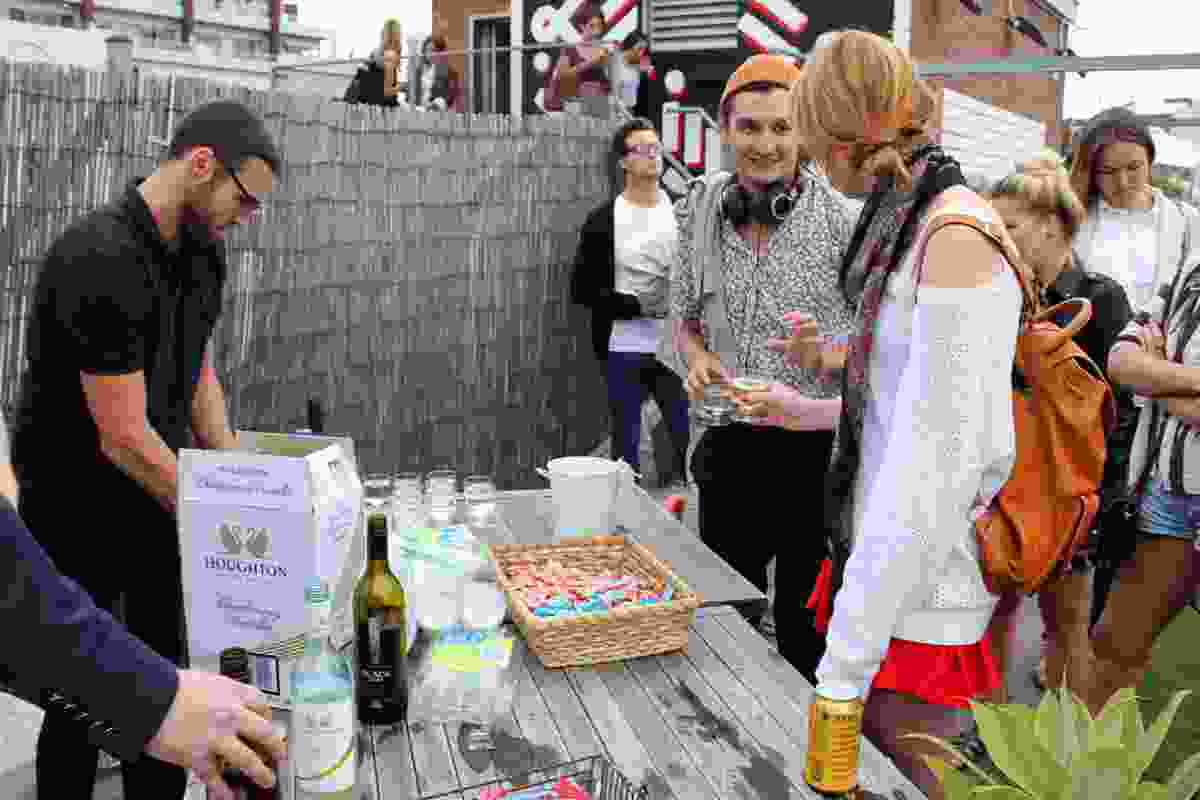 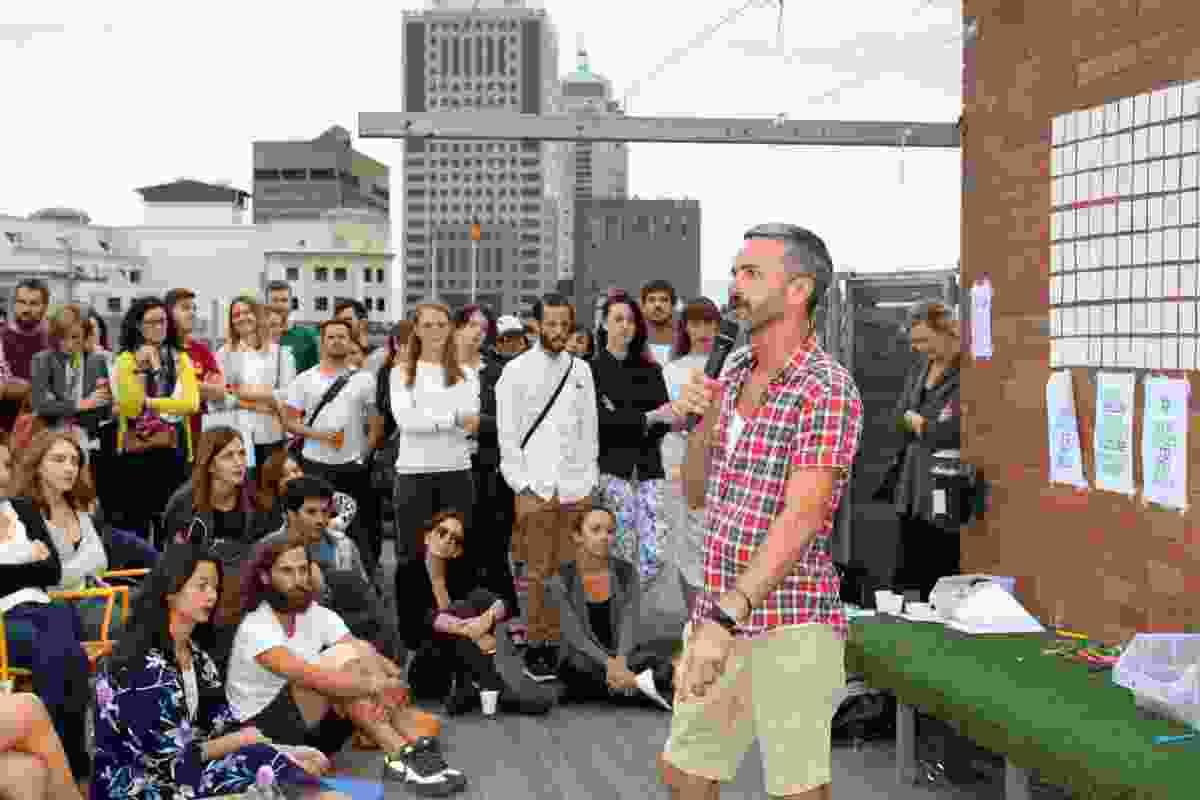 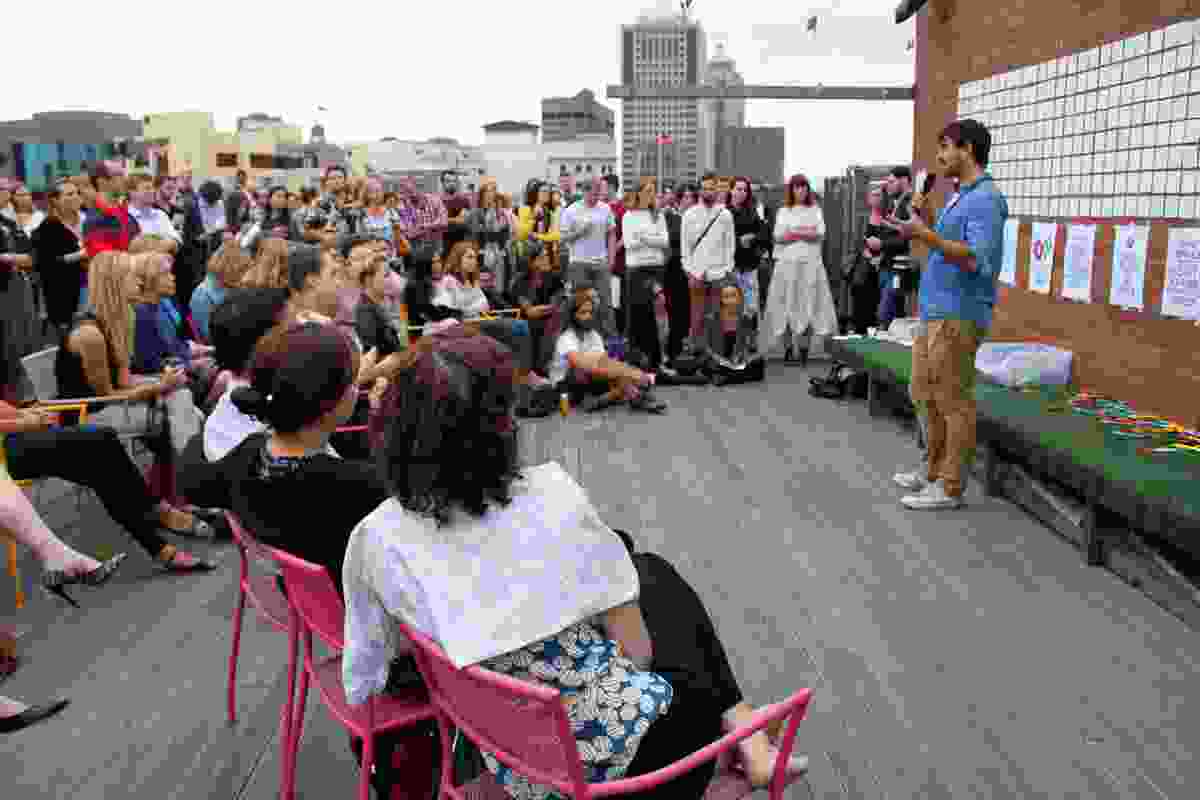 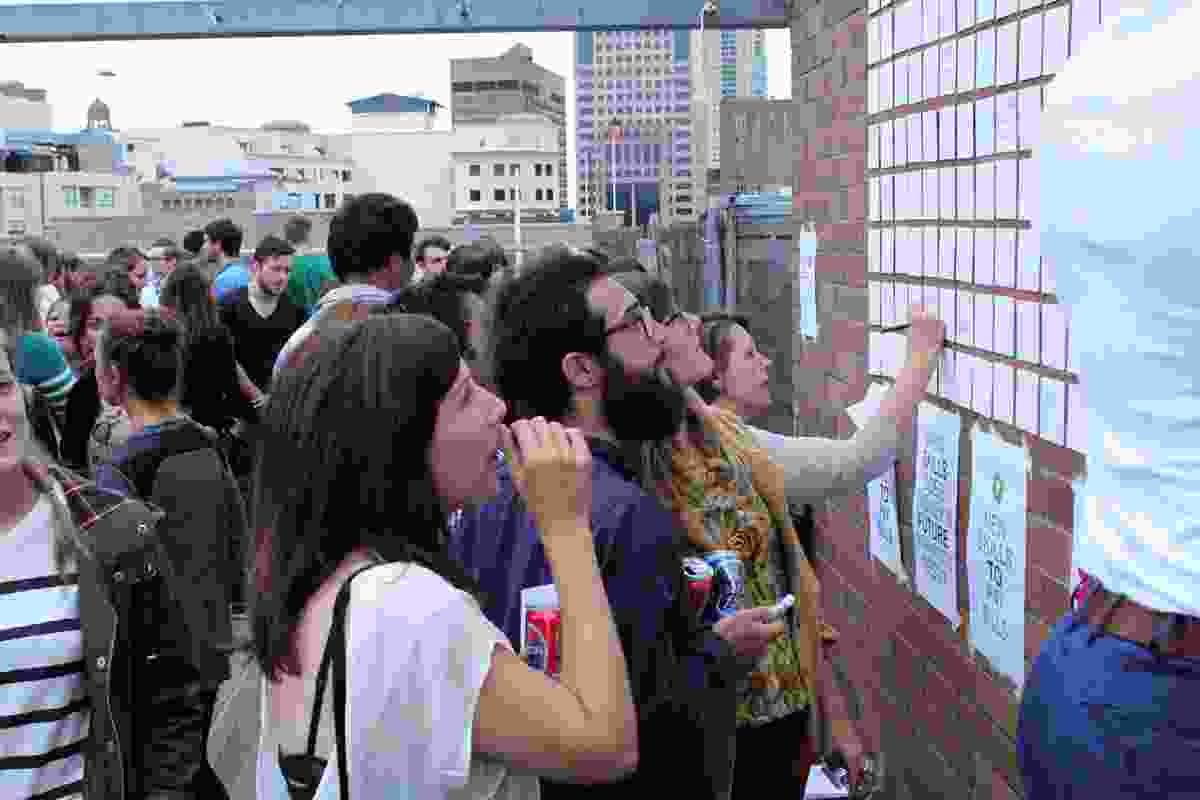 Having your say, registering your voice on the Idea Wall. 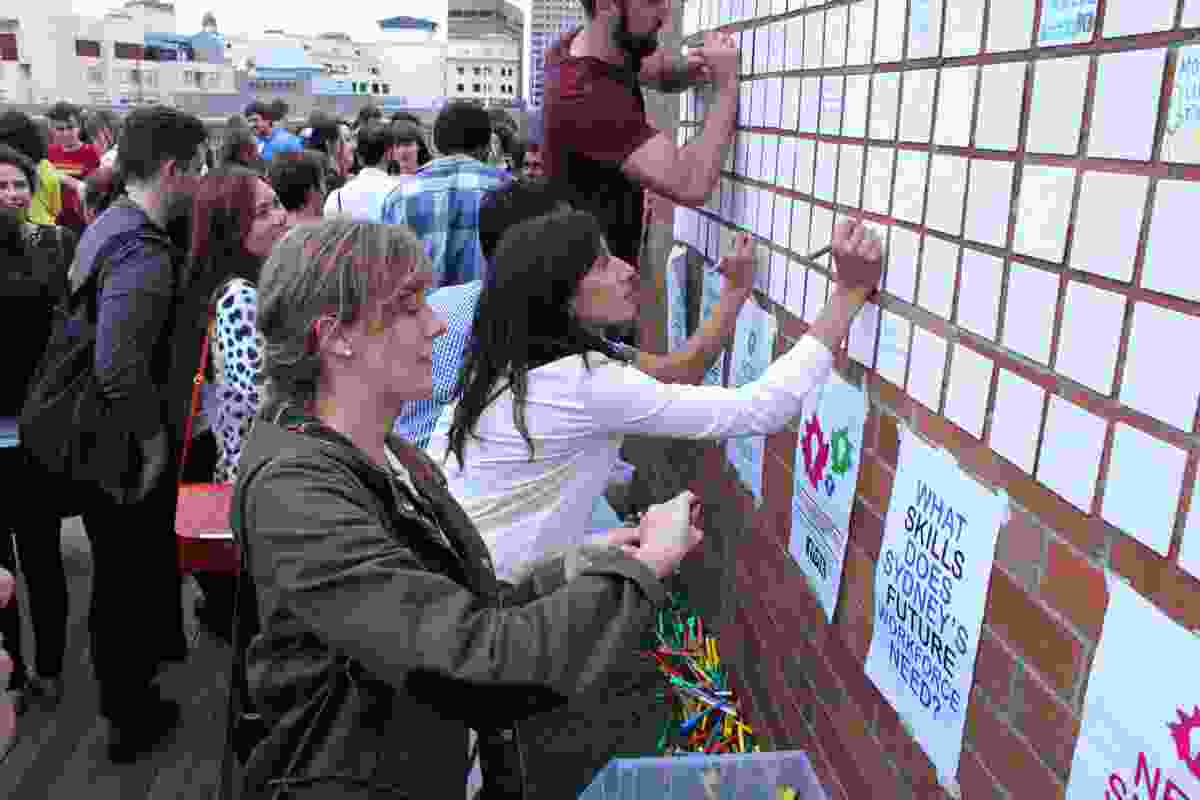 The Idea Wall is a feature of all Idea Bombing Sydney events. 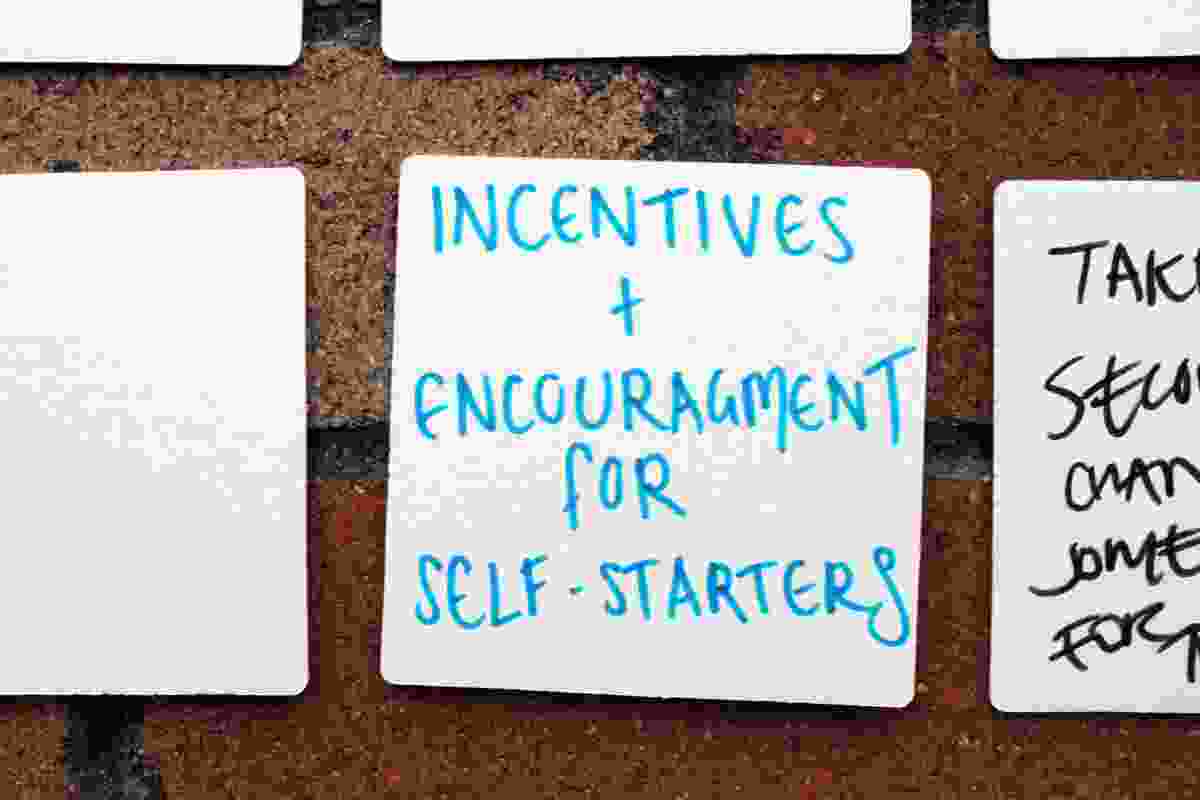 An idea from the Workplace instalment of Idea Bombing Sydney. 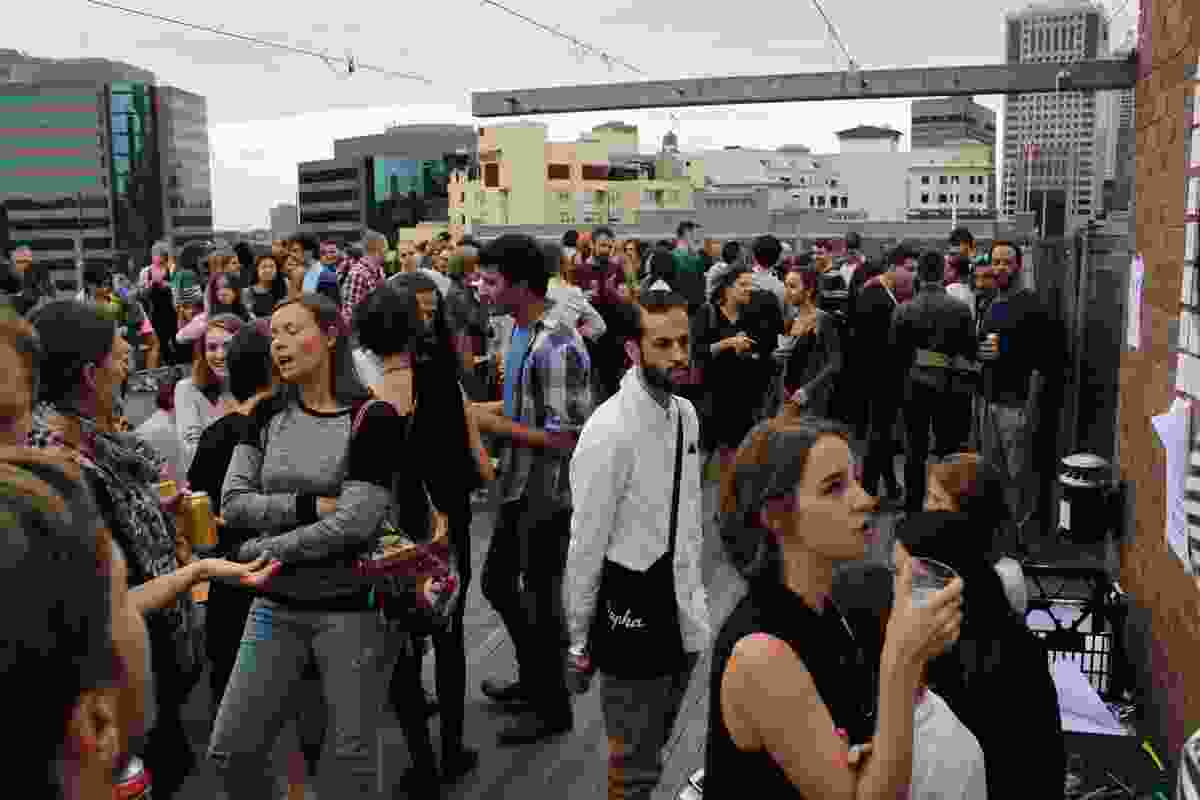