For ten days in February 2012, InFloatables, the Sydney instalment of the Architectural Association Visiting School, designed and developed inflatable structures in response to ongoing climatic phenomena, such as rising sea levels along Sydney’s waterfront.

First, the school introduced the theme of “tooling-up.” Along with learning physical and digital techniques, “tooling-up” incorporated theoretical frameworks and precedent knowledge, including the work undertaken by Ant Farm in San Francisco during the 1970s. This was accompanied by a two-day physical prototyping session led by Grace Mortlock (a director of Make-Space for Architecture).

Physical techniques were supported with the latest computer modelling and parametric design. Students learned to model and digitally inflate structures, extract cutting patterns and rebuild the physical counterparts. Moving between the digital and the analogue, and newly equipped with techniques for inflation, surface welding, structural pleating and maintaining pressure, the students applied themselves to questions of envelope, surface articulation and the relation to harbour edge conditions. With only plastic drop sheets, packing tape and a household fan, students were quickly able to design and build large and evocative enclosures. 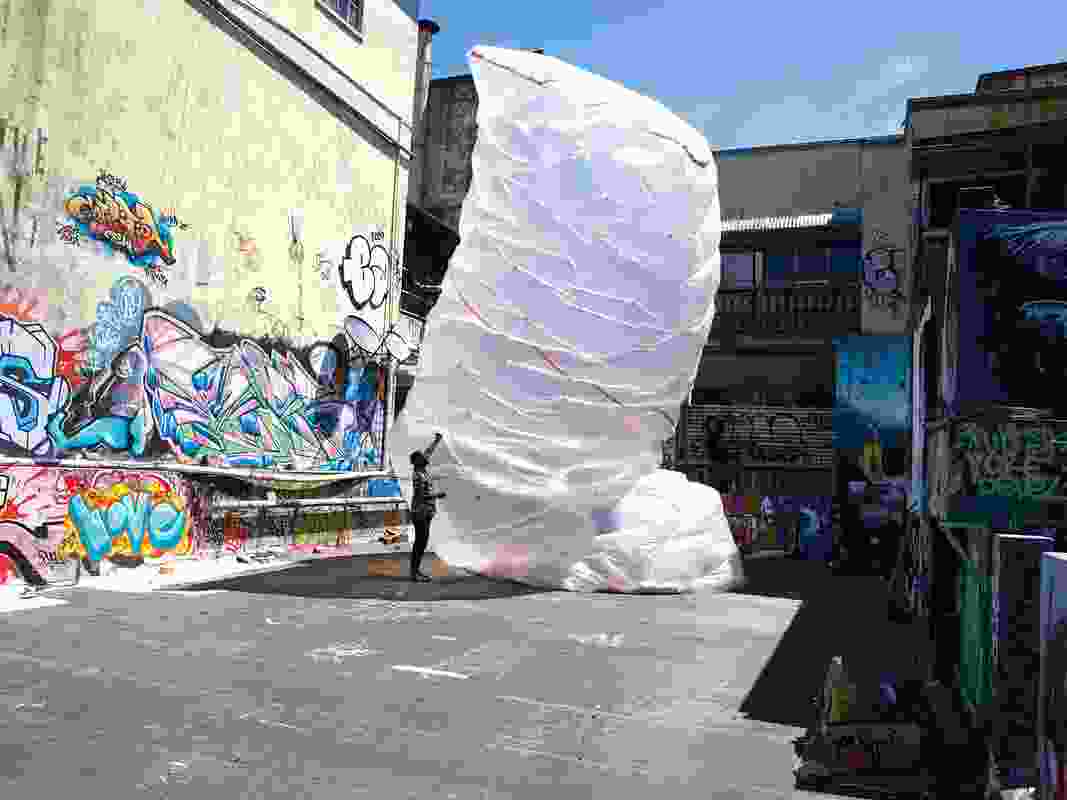 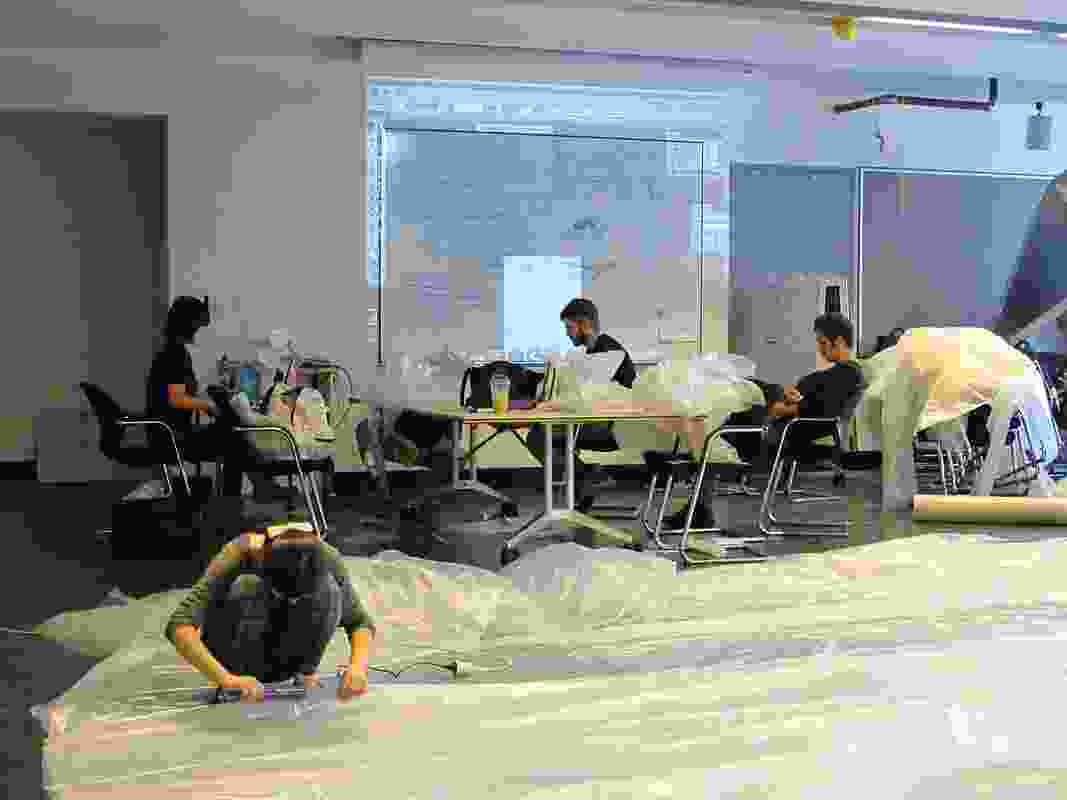 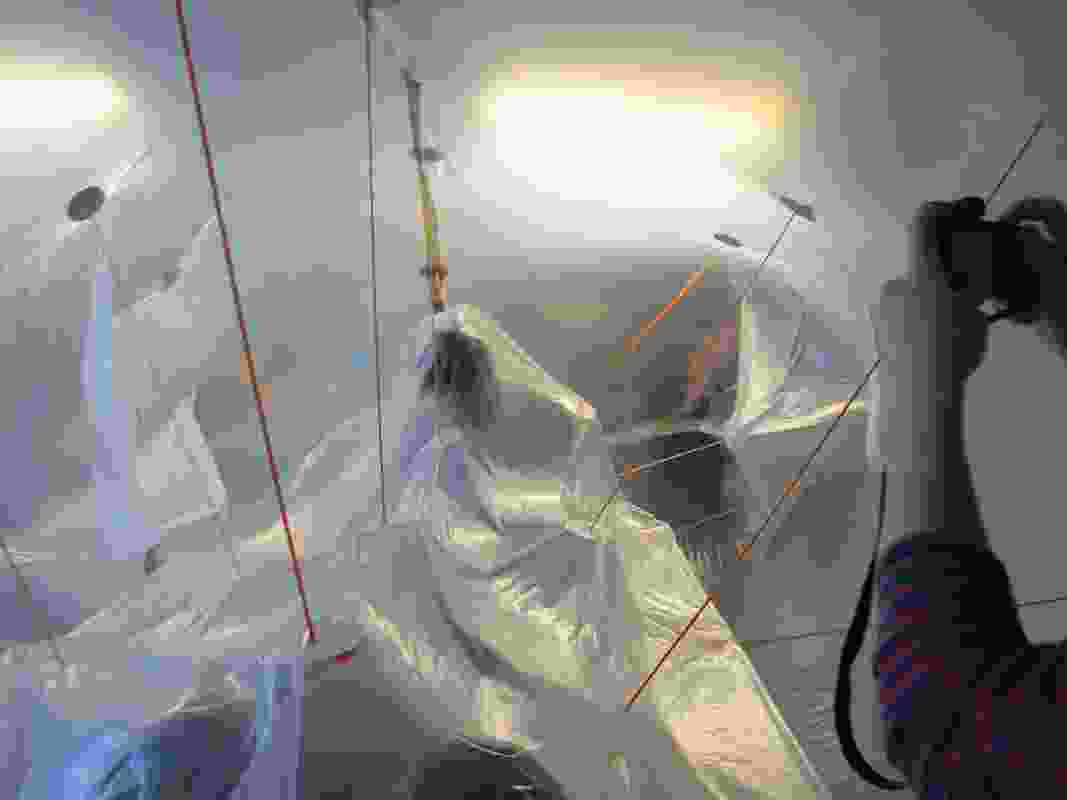