The amenities facility in Commonwealth Park, where the annual Floriade flower festival is held.

Even the design and planning of a block of public toilets is a serious undertaking in Canberra, Australia’s most planned city. With three government departments as clients – the National Capital Authority (NCA), Australian Capital Tourism and Shared Services Procurement – this multipurpose structure by Townsend and Associates Architects is the result of a juggling act involving three different agendas.

The request for new public amenities at Commonwealth Park in Canberra’s Parliamentary Triangle arose from the annual Floriade celebration, the biggest flower festival in Australia. During spring, the lawn area is stripped out and replaced with highly designed garden beds. Australian Capital Tourism controls this event and normally organizes a set of portable loos, but there was a real need for a multipurpose structure that incorporated permanent disabled toilets and a covered meeting or gathering spot.

The operation and functionality of the amenity in the months during Floriade was the priority of Australian Capital Tourism. In fact, interest was also short term, as Floriade will most likely move to another venue within ten years. The NCA, as the controller of planning within Canberra’s Parliamentary Triangle, required a response to long-term issues associated with the cultural significance of the area. As a result, the NCA was interested in the structure’s architectural expression and material choices.

The new multipurpose structure’s roof marks its place in the landscape. The folded, soaring roof plane lifts up to the west with the rise of the land and opens to a bank of trees up the hill, and the circular base responds to the one geometry that operates in Canberra. It was important to extend the gesture of the building through the site works with various service roads passing around and through the base. Landscape architecture practice Oxigen won first prize in the Canberra Central Parklands Competition in 2007, so it is possible that a radical geometry will overlay the current conditions at Commonwealth Park.

Townsend and Associates has formally delineated the public and private functions of the structure: a steel box encloses three unisex disabled toilets and the soaring roof provides shelter for the public. The public component comprises a low seating wall, a drink refill station, bicycle parking and a built-in table and seat, with a plan to integrate more built-in furniture into the structure. The three toilet cubicles, which form the private component, are entered from the eastern edge of the pavilion. A transparent screen binds the entries of the three separate toilets without creating a furtive space. The lofty cubicles, unlike many other public toilets, have access to ample natural light and fresh air. Completely lined with stainless steel, these cubicles are hosed out daily; it has to be assumed that the maintenance will not go beyond this.

An exposed steel structure is built for longevity and resistance to graffiti, but also gives architectural expression and articulation. For example, DuraGal Flats are lapped together, giving the appearance of steel weatherboard detailing. To add warmth to the structure, a timber soffit was used. The timber forms an important aesthetic element of the building, but was an unusual choice considering the NCA’s concern with functionality.

Despite its small footprint, this project is a microcosm of the inherent difficulty of procuring public buildings in Canberra. This is due to the number of the stakeholders in the city, as Australia’s capital. Furthermore, the NCA is acutely concerned with public opinion, which forms another hurdle to overcome, along with short political and economic cycles.

These pressures appear to prevent schemes from going ahead, or keep them on hold for a number of years, like the Oxigen scheme for the Canberra Parklands. This year marks the centenary since the Burley Griffin plan for the national capital was announced; however, prolonged and bitter controversies resulted in it never being fully implemented. Perhaps this initial difficulty and controversy have set the scene for Canberra’s ongoing planning. And given this precedent, the structure might end up as another curious yet disconnected built element in the landscape.

Despite the constraints associated with building and planning in Canberra’s Parliamentary Triangle, Townsend and Associates Architects has designed something that makes a statement within Commonwealth Park during Floriade, but also during the day-to-day life of the park. Park toilets are often buildings to avoid, but by introducing a gathering space, this multipurpose structure is a place that draws people in. The choice of material and detailing gives articulation to a highly functional structure, and the wisteria that will grow up the screen on the western edge will further establish it within the park. Even if Oxigen’s masterplan doesn’t come to fruition, this structure is quite capable of standing alone.

The amenities facility in Commonwealth Park, where the annual Floriade flower festival is held. 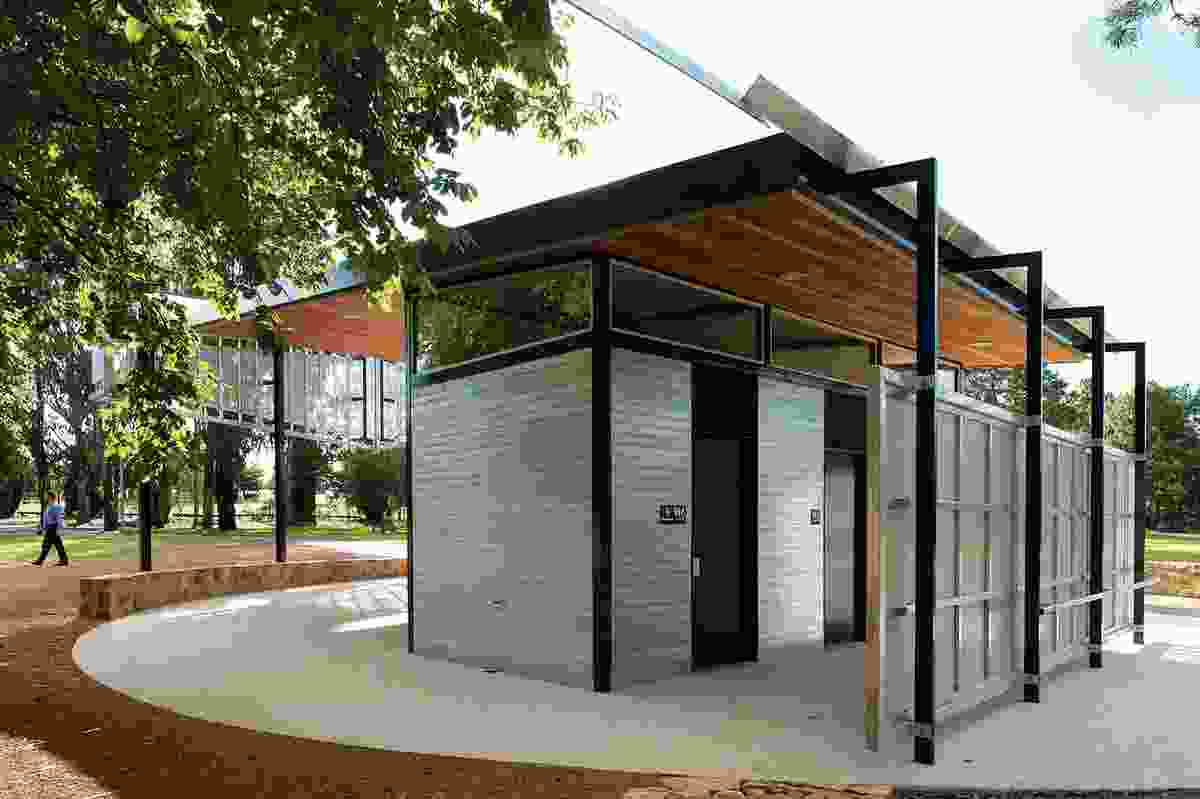 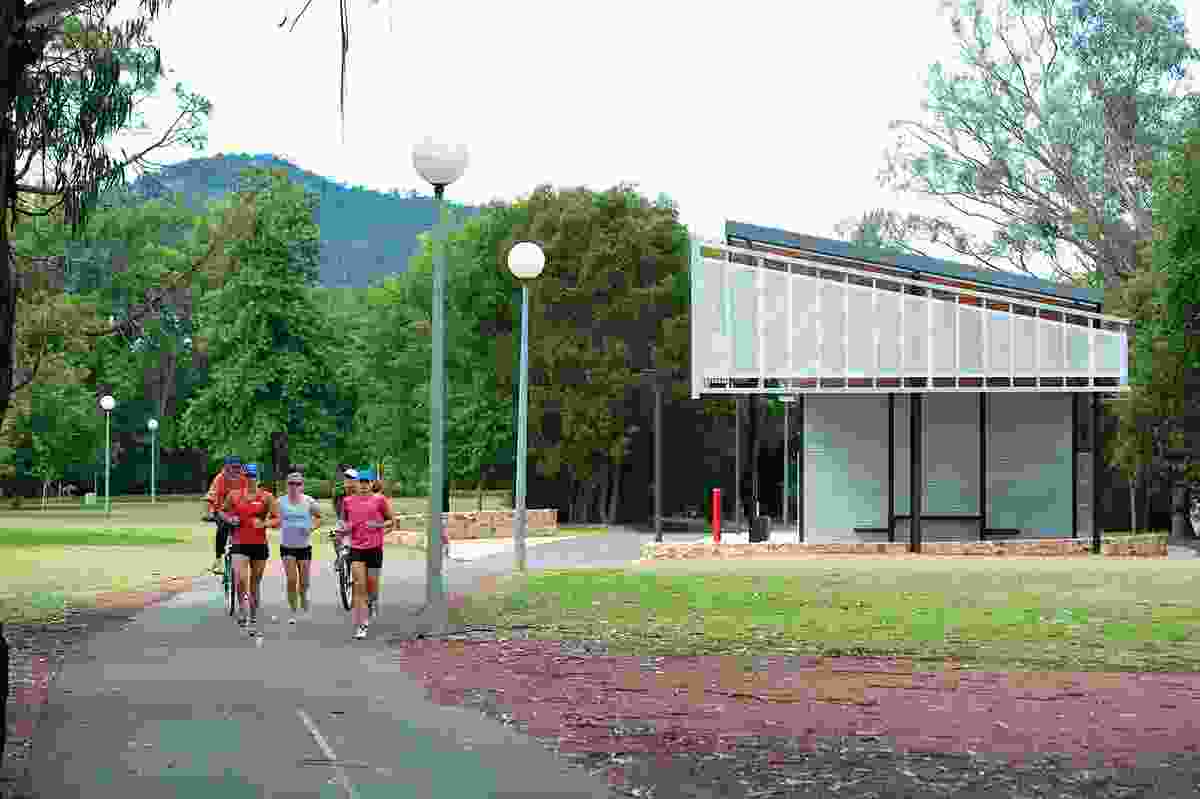 The folded, soaring roof plane lifts up to the west with the rise of the land. 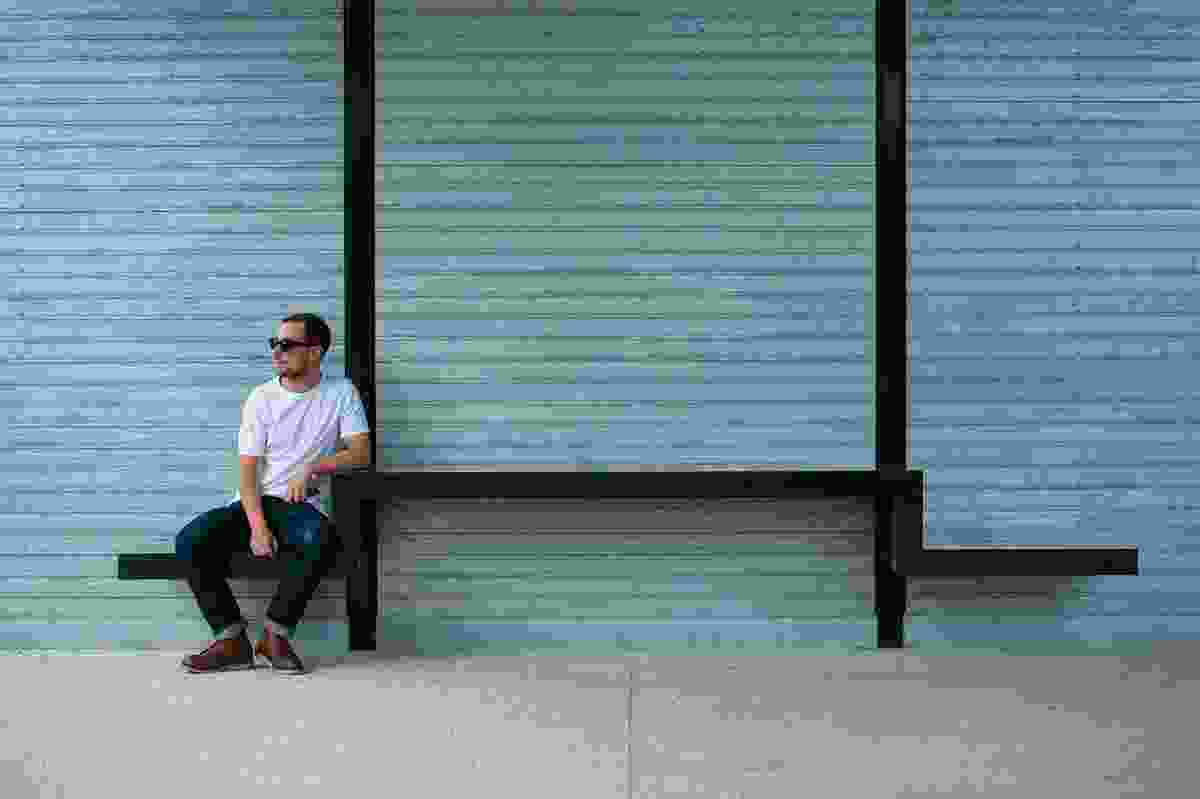 A seating wall integrated into the public section of the pavilion, encouraging its use as a meeting place. 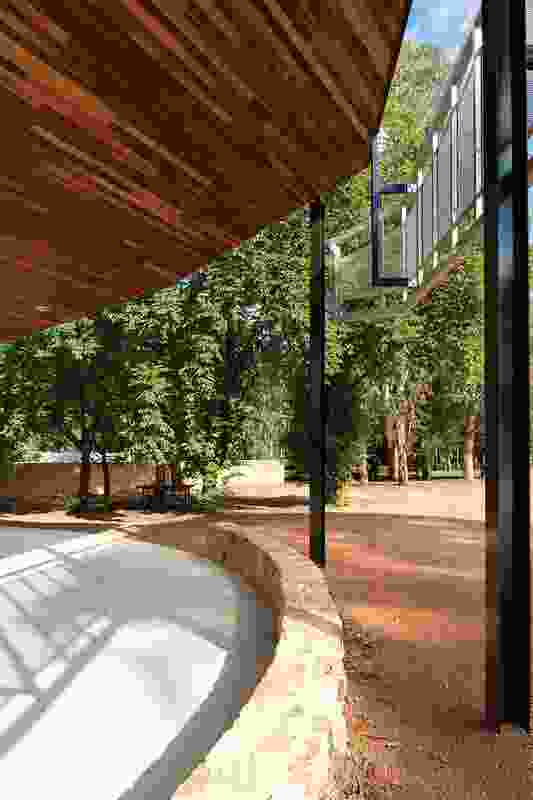 The circular base of the pavilion responds to the prominence of the shape in the city’s geometry.