In 2009, Charles Rice spent three weeks holed up in the hermetic spaces of John Portman’s urban architecture: walking in malls, drinking in revolving rooftop bars, eating in restaurants, sleeping in hotel rooms. Armed with a precious new tilt-shift camera lens, he photographed the interior urban landscapes of Portman projects in Atlanta, Detroit and Los Angeles, focusing on spaces of public circulation and capturing their strange combination of the spectacular and the banal (while making a series of security guards nervous). A selection of these photographs, alongside Alina McConnochie’s precise, elegant drawings of Portman’s buildings and a single abstract model, was exhibited as Interior Urbanism / Portman Space at the DAB LAB gallery at UTS in September 2010.

Sidestepping the tedium produced by overly dutiful and exhaustive documentation (a weakness of many architectural exhibitions), Interior Urbanism / Portman Space instead offered a concentrated arrangement of photographs and drawings, conveying strange atmospheres and relentless geometries. Very little text supplemented the visual material, just a basic identification of the projects: Peachtree Center, Atlanta; Renaissance Center, Detroit; and Westin Bonaventure Hotel, Los Angeles. The exhibition could in some ways be bracketed with strands of urban photography that have explored the seemingly blank spaces of modern cities – their terrains vagues. The impassive aura and appearance of evacuation in many of Rice’s photos had a detachment recalling the anonymous urban landscapes of the seminal New Topographics exhibition of 1975.1 More directly, their documentary quality suggested the work of the Düsseldorf School (whose teachers, Bernd and Hilla Becher, featured in New Topographics), particularly the frontality and absence of Candida Höfer’s institutional interiors.

As enjoyable as such a game of aesthetic connect-the-dots might be, it would be unfair to focus too much on this aspect. The fact that Rice is an architectural historian and theorist, and that the photographs were accompanied by a number of drawings produced from three-dimensional digital models, points to different motivations and objectives. The emphasis in the photos on internal spaces of circulation and connection – such as lobbies, walkways, corridors, malls and atria – was repeated in the drawings, which often stripped away detail of external form to leave the buildings rendered as architectural circuit diagrams. The use of isometric projection, the isolation of repeated formal configurations (Portman frequently uses rotational symmetries) and the tracing of circulation paths in red combined to foreground the formal and geometrical order of Portman’s architecture. In combination with the photographs they revealed the strange conjunction of rigid circulatory logics and cavernous, disorienting internal landscapes.

But why focus such acute attention on the work of architect-developer John Portman, whose buildings are easily dismissed as overblown and anti-urban, and commonly labelled “bad architecture”? Portman is best known as the inventor of the atrium hotel and more particularly for the Westin Bonaventure, which in Fredric Jameson’s famous essay “Postmodernism, or the Cultural Logic of Late Capitalism” was construed as the embodiment of disorienting, postmodern space.2 Rice’s focus on Portman’s work, however, and his emphasis on the architect-developer’s assembly of spatial networks through successive projects can be seen as part of a broad contemporary reconsideration of urban architecture from the 1960s to 1980s. Recent academic excavation of the fuzzy notions of architectural postmodernism that have defined this period has gone beyond accounts of a simple return of historicism or obsession with semiotics to reveal a more complex patterning of intellectual histories and practices.3

While I viewed the exhibition with Rice, he discussed its role within a larger research project, which fits loosely with this exculpatory tendency through a more materially focused consideration of the urban implications of Portman’s work, particularly its significance in the development of a postmodern interior urbanism. Portman’s hotel, conference and commercial complexes are worlds unto themselves, often shored against the outside urban environment by huge concrete ramparts, as well as being highly connected spaces of global capital. Rice and McConnochie’s documentation of their spatial logics set aside the well-known analyses of Portman’s work as spectacular symbolic capital to examine more intently the operation of Portman’s architecture. It highlighted the way the buildings assembled, as concrete “things”, the components of complex public-private urban development alliances that grew from the 1960s onward: the smooth flow from airport to hotel, conference centre, mall, bar, restaurant, hotel and back to airport was increasingly enacted through an architectural logic of car parking, servicing, walkways and atria that produced the hermetic urban complexes for which Portman is notorious.

Rice’s photos and McConnochie’s drawings captured something of the intensity and banality of these enclaves – the darkly sublime scales and anaesthetizing homogeneity of the spaces produced through prosaic logics of organizational flow. Juxtapositions of the exhibition material emphasized the way that Portman’s relentless repetition of architectural circuits and switches (configurations of things like lift core, balcony, atria and overhead walkways) produces an excess of space that seems to conform to Marc Augé’s conception of “non-place:” spaces of circulation, consumption and communication (for example, airports, malls and freeways) that exist beyond history, producing a sense of both atomization and anonymity.4 This points to a certain tension in the exhibition, relating to my initial comparison with certain strands of urban photography. While the images and drawings on show in Interior Urbanism / Portman Space could easily have been placed as explorations of non-place, the intent for Rice was quite different. He is far more interested in Portman’s urban complexes as specific, material manifestations of historically particular political alliances, urban development models and architectural typologies than in simply reading the buildings as spaces of ahistorical anomie. The visual ambiguity made for an effective exhibition and was a profitable curatorial decision, but it somewhat belied the true focus of Rice’s study.

It will be interesting to check back in on the development of Rice’s project. As urban design is increasingly framed by the kinds of alliances and strategies pioneered by Portman, Rice’s ongoing reconsideration of the emergence of interior urbanism in the last quarter of the late twentieth century might have telling lessons for us in the twenty-first century. 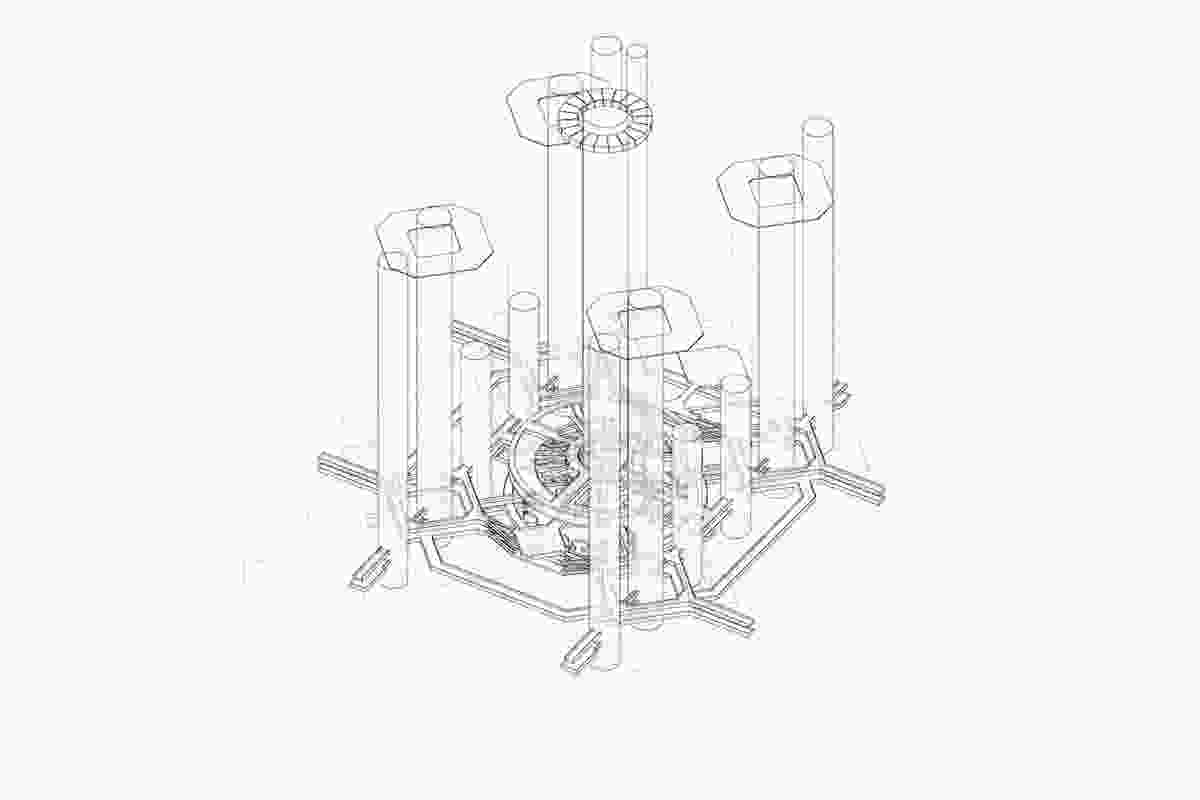 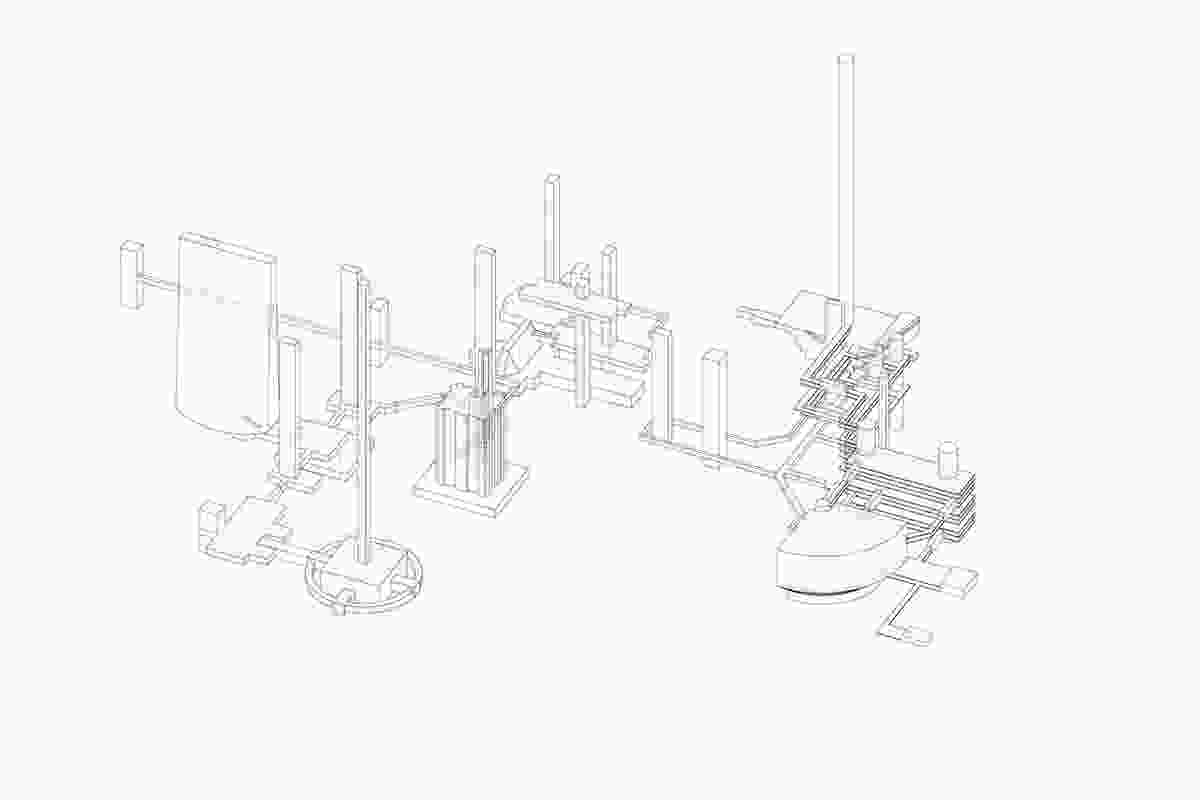 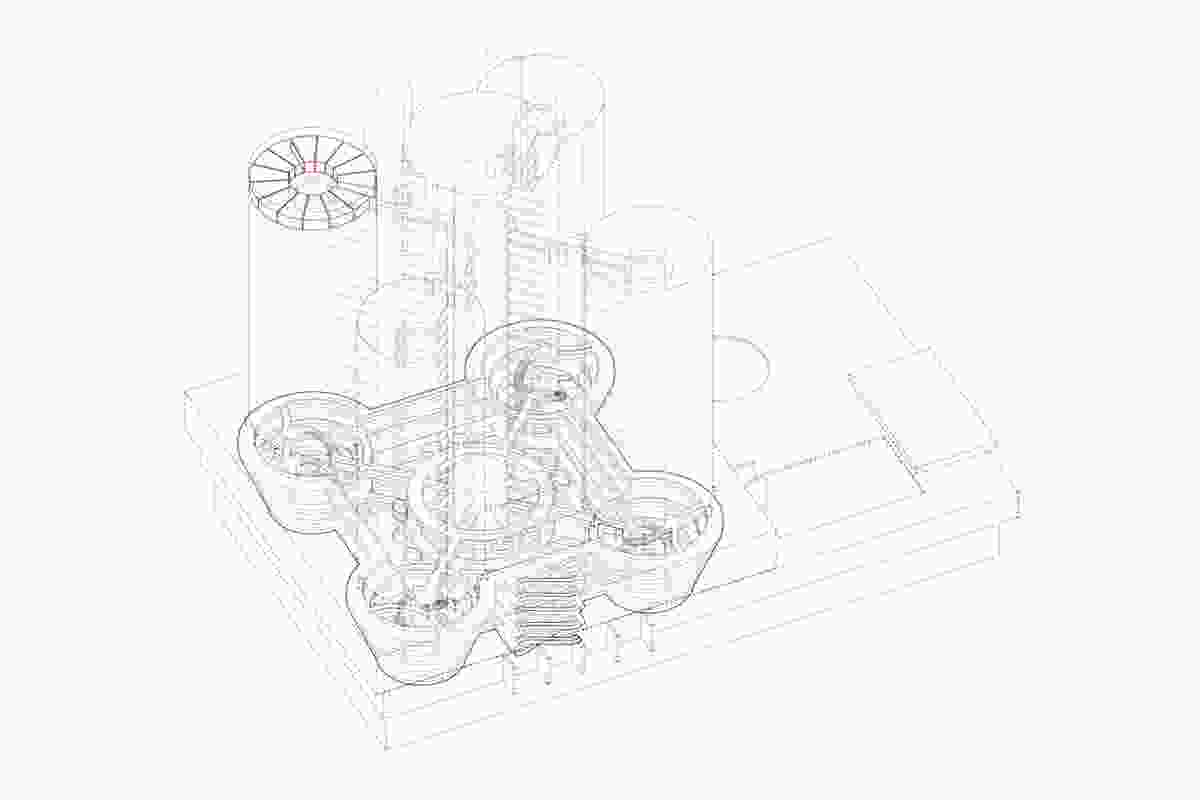 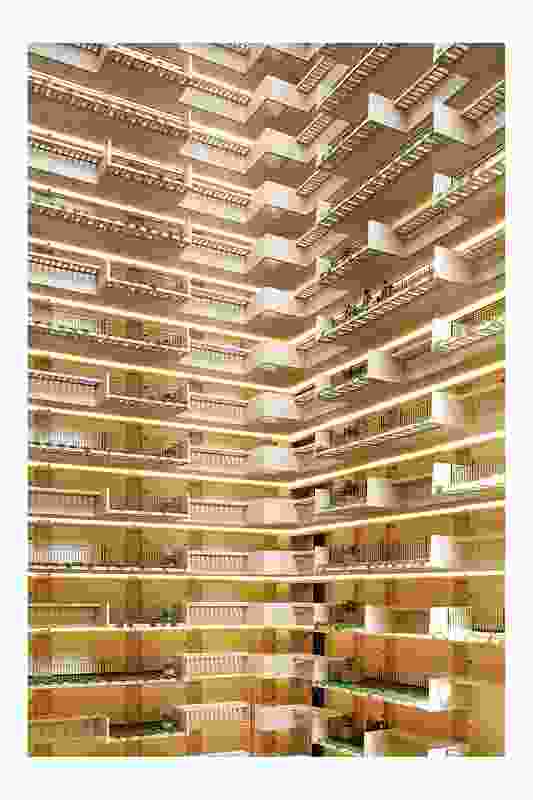 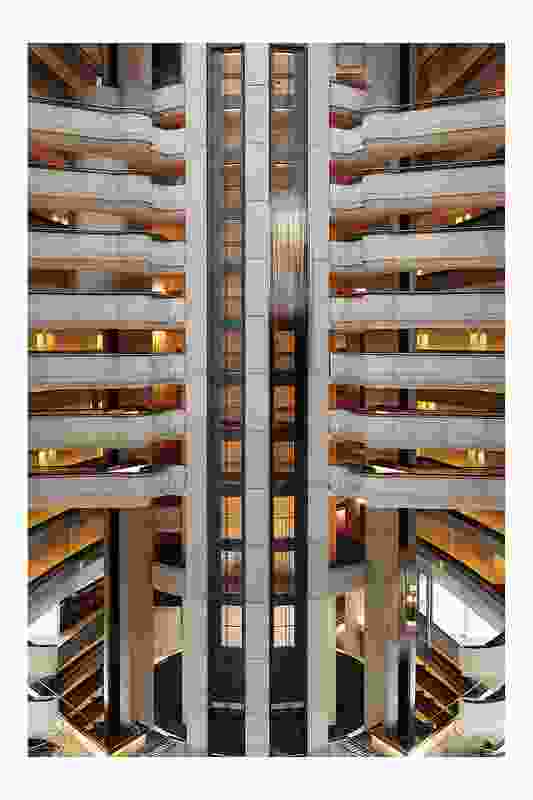