A visualisation of Jørn Utzon’s unbuilt Silkeborg Museum (1964), produced for an exhibition titled Fatamorgana – Utzon meets Jørn at the Utzon Center in 2016.

Run by the Aalborg-based Utzon Centre, the “Utzon Unbuilt” competition is intended to celebrate the centenary of Utzon’s birth and will run annually over the next three years. Each year entrants will interpret an unrealized Utzon design by “merging Utzon’s own project description with something they see in the project.”

The competition website says that entries “should mix Utzon’s soft pencil lines with new digital media and make the project comprehensible to a wide audience.” Entrants will be judged on their “ability to interpret and visualize Jørn Utzon’s architectural intention” and their capacity to do so “in a way which is comprehendible for a wider, non-specialized audience.”

Successive instalments will use his competition designs for the Madrid Opera House and Jeddah Stadium.

Lasse Andersson, creative director of the Utzon Center, said, “By using Utzon’s designs to inspire a new generation of talented architects, designers, animators and digital media developers to interpret them with a contemporary perspective, we will shed new light on Utzon’s potential.”

The organization is also celebrating the centenary with Horisont, an exhibition exploring Utzon’s inspirations and influences, and focus on a period of his travels in his early career between graduation and his return to Denmark following his departure from Australia in 1966. The exhibition will travel to the Sydney Opera House in October.

Registration for the 2019 competition is open until 14 February. Submissions are due by 22 March, with the jury meeting in April before the winners are announced in May. 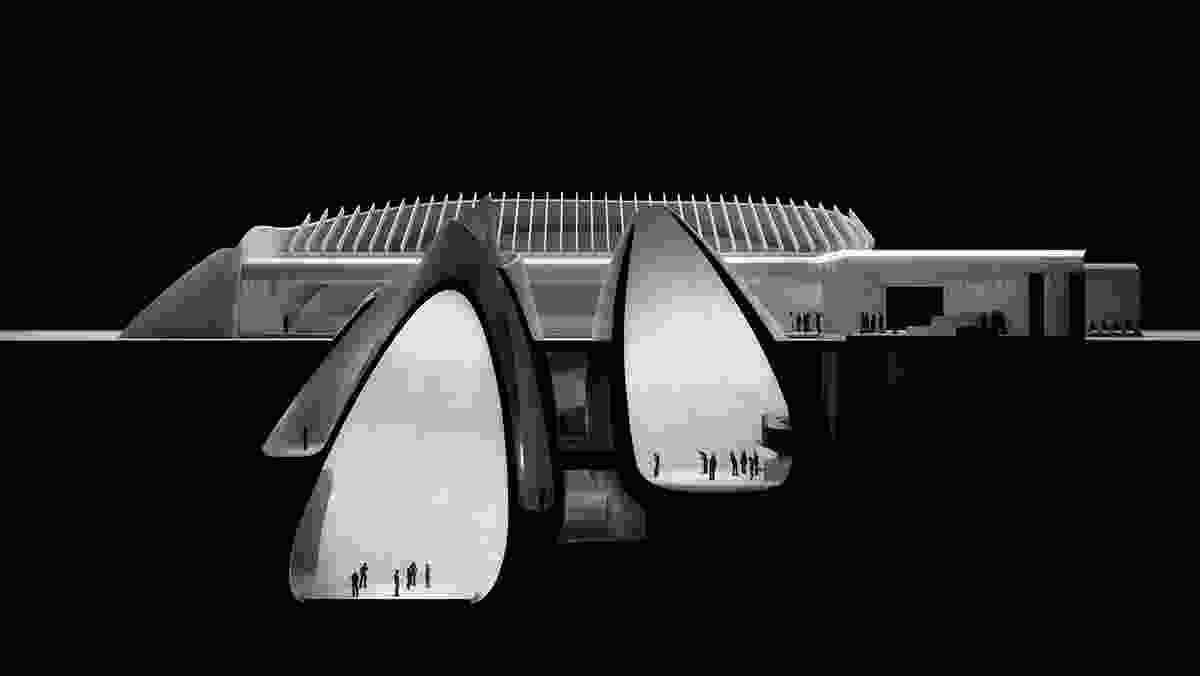 A visualisation of Jørn Utzon’s unbuilt Silkeborg Museum (1964), produced for an exhibition titled Fatamorgana – Utzon meets Jørn at the Utzon Center in 2016.