An exhibition of contemporary textile design opens in Melbourne.

As part of the 2012 Melbourne Spring Fashion Week, the Design Institute of Australia (DIA) through its Textile Practice Group presents Interwoven – an exhibition of contemporary textile design opening 31 August 2012.

Twenty-one designers from Victoria and New South Wales will exhibit their textile explorations that span the gammut from digital technology to fine art practice, interiors, homewares and fashion.

Douglas McManus’s Acanthus Leaf Vest is an extension of concepts developed by this unconventional artist for the international LOVE LACE exhibition currently at the Powerhouse Museum in Sydney until 2013. Notions of concealment and camouflage are juxtaposed against exposure and scrutiny – just some of the themes McManus explores in this work. McManus was recently awarded the Betta Milk Open Award in the Burnie Wearable Paper Art Competition, Paper and Skin, for his creation titled Botanica Synthetique. McManus has been a major contributor to the culture of textile printing in Australia through his work as a practitioner, curator and textiles teacher at RMIT University, exploring the frontiers of textile printing producing both commercial and conceptual works.

Armando Chant and Donna Sgro’s Dislocations in silk organza, meditates upon the dislocating pattern formation evident in the growth of a butterfly’s wing. The original fabric is a digitally manipulated image, screen-printed by hand, then slashed and restitched to create the resulting textile pieces. It is from an ongoing collaborative exploration between Chant and Srgo of biology and disruptive imaging, producing experimental fashion and textile outcomes.

Against these quite theoretical displays, Philippa Wilkinson (Circle of Designers) offers the rustic Robinia – Himalayan hemp printed with waterbased dyes in Australia. It depends on an individual’s spinning technique and width of the loom as to the quality of the hemp. The antiquated handlooms used by the Himalayan women weavers are narrow so the fabric appears coarse and textural, though it’s soft and made with care. Robinia takes its pattern inspiration from Wilkinson’s observational drawings of the Robinia tree (found around metropolitan Sydney) with all its natural drapery. Wilkinson, a COFA graduate with a fine arts background, is the designer behind the established textile design company, PipWilly, and has been commercially producing textiles for over ten years. 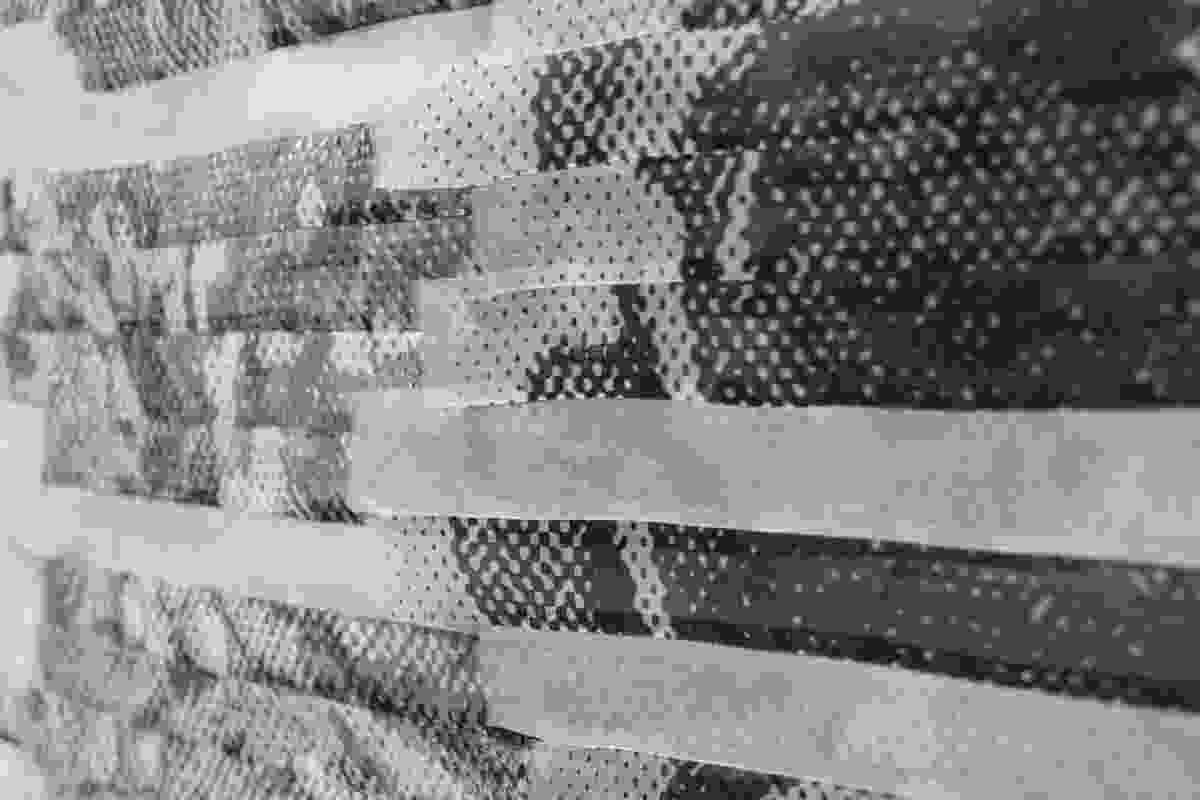 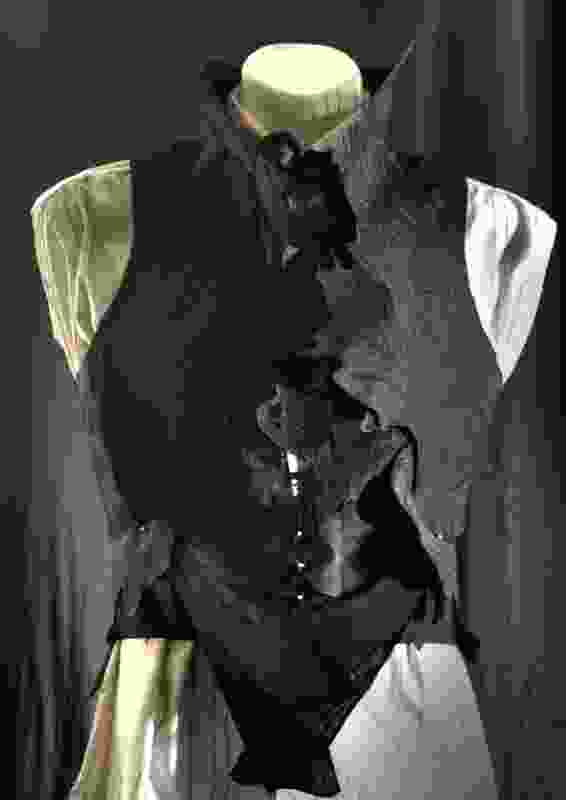 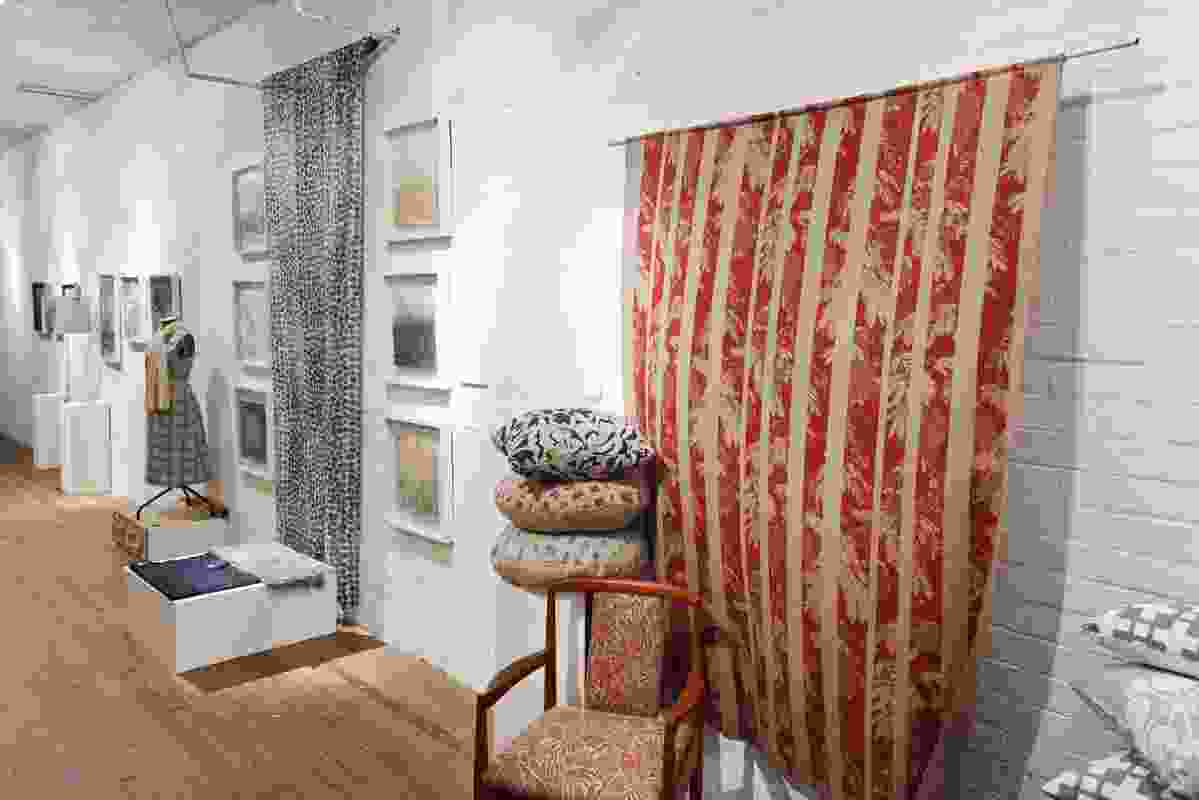 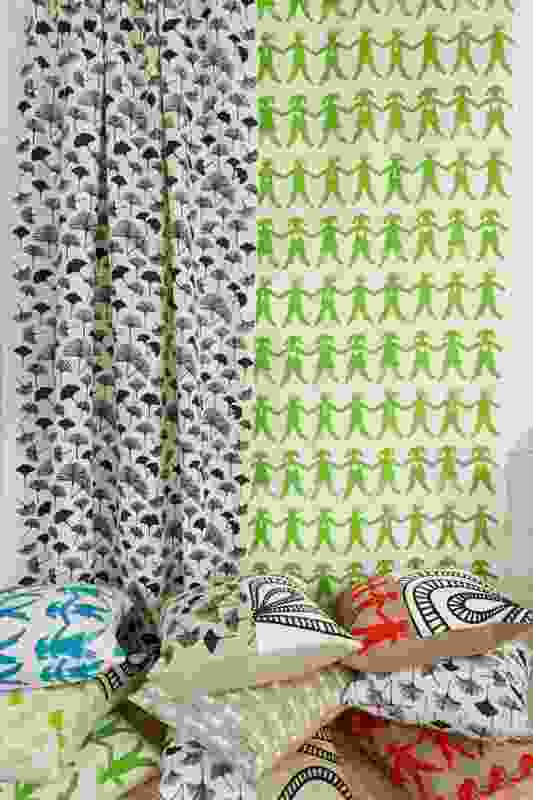