The circular form of the Council of Representatives building, part of the Iraqi parliament complex by Assemblage, symbolizes convergence and stability.

London-based architecture and urban design practice Assemblage has been announced the winner of the international architecture competition to design the new Iraqi parliament complex in Baghdad.

Assemblage’s success in this competition follows its 2012 win at the United Nations HABITAT international design competition for housing in Iraq. Established in 2003, Assemblage is the firm of Australian architect Peter Besley, who trained at the University of Queensland, and Hannah Corlett.

The US$1 billion project includes a large complex of buildings in addition to the parliamentary chambers, and a masterplan for the adjacent part of the city.

The competition was advertized globally in November 2011 and attracted over 130 international entries from architectural practices around the world. It was judged by an independent international panel, though to ensure a meritocratic outcome, both the entrants and the judges remained anonymous. A public exhibition of all the projects submitted is planned, along with the judging committee comments, with dates to be advised.

In the Assemblage design, the parliament complex is conceived as a work of urban design and not as one large architectural object. The majority of the complex is formed as a pattern of streets – indoor and outdoor – and green courtyards, connecting an arrangement of buildings of a variety of functions.

Against this fabric, key landmark buildings and plazas are highlighted, such as the Council of Representatives and the Federal Council. The dialogue of landmark buildings in a low-rise urban grain is legible, flexible and navigable. It is also easy to phase, zone and replace.

A grading of family relationships exists within this fabric of buildings. The many courtyards and streets allow excellent daylighting and services access, while providing a variety of identities for groups of users as in an urban environment. An extensive horizontal brise-soleil structure will extend across the two-storey fabric offering continuity of shade and a roof-level service zone. A major architectural elevation in its own right, this datum is carefully designed in terms of views from the landmark buildings, and forms a plane against which they are clearly read.

The Council of Representatives building is placed as a landmark in the primary arrival plaza on axis to the Zawra Park approach. It has a circular outer shell of monumental brise-soleil, which protects the building and whose deep shadows tell of the intense Iraqi sun. Encircled within are the two great hemicycles of the Great Hall and the Council Chamber, with technical spaces and services embedded in the spine walls. The charged space between these two great volumes is the entrance foyer, further dramatized by raking roof lights.

A press conference hall is situated at the lower ground level. The public and members may populate the building’s facade by appearing amongst the large fins of the brise-soleil. Generous areas adjacent the facade may be occupied on all floors, animating the entire perimeter of the building at all levels. Navigation is simple and intuitive. Users of the building look down from the perimeter areas into the Great Hall and entrance foyer, witnessing the motions of government. This transparency in the building is direct: to at once look out over the land and its citizens, and then at those who represent and serve.

The Council of Representatives building is in the shape of a circle: a strong, simple geometry of great architectural power and pedigree. In this context as an image of the State, it is a symbol of convergence and stability. A circle has no one elevation, presenting the same face to all. Divergent axes are coordinated and brought into agreement.

The building’s circular plan echoes the shapes of the hemicycles within – themselves a geometry of agreement – and allows views out in all directions from the generous perimeter areas. Direct reference is also made to the historic City of Peace, from which Baghdad takes its name. Having stood just north of the parliament site, the circular city was built by the Abbasid Caliph al-Mansour in 766 AD at a time when Baghdad was at a peak of power and prestige. 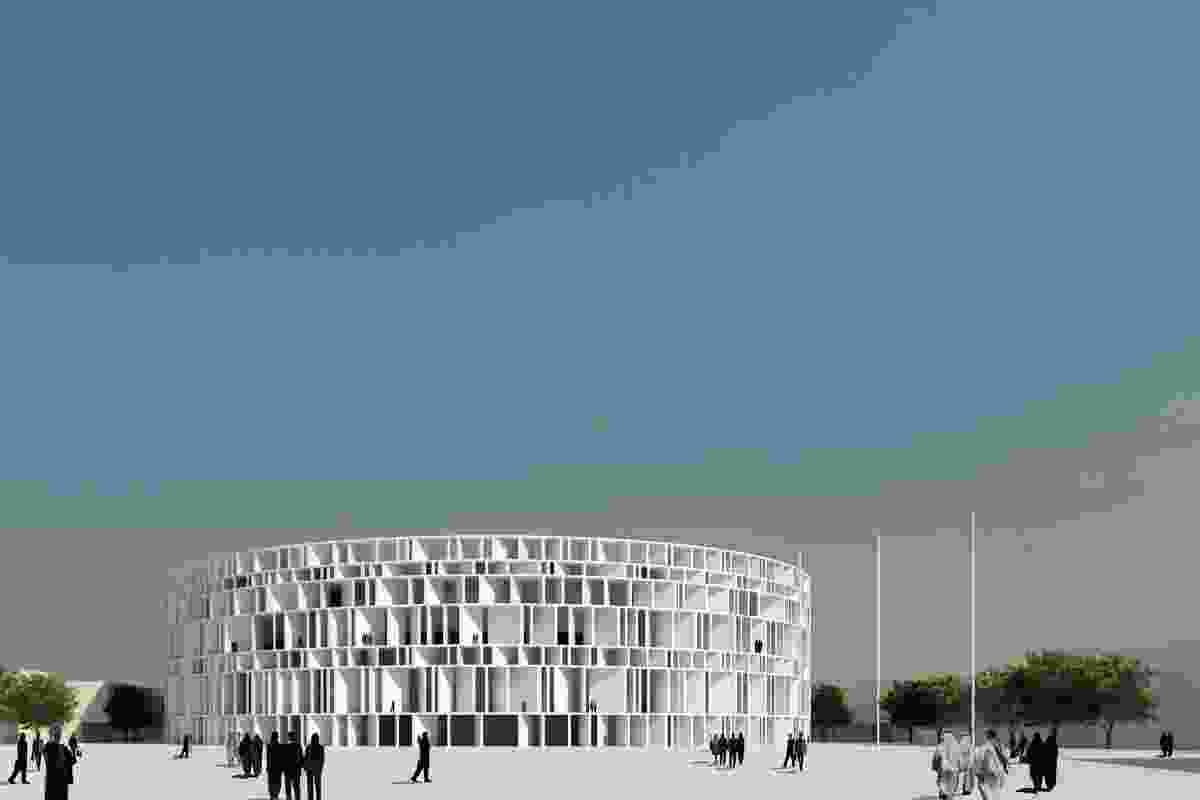 The circular form of the Council of Representatives building, part of the Iraqi parliament complex by Assemblage, symbolizes convergence and stability. 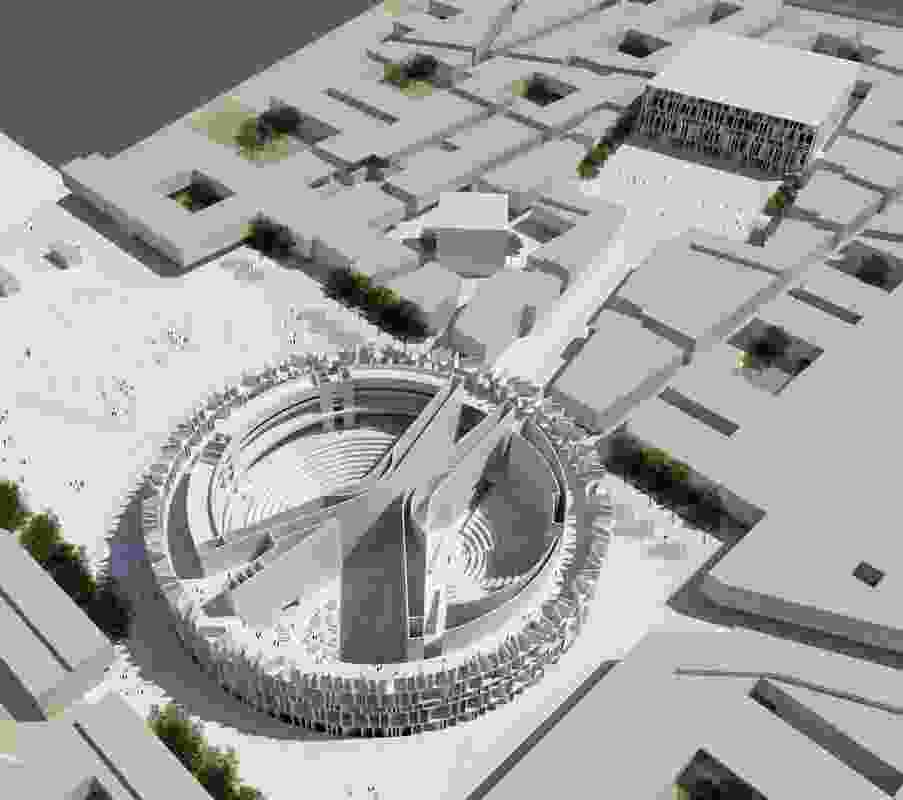 The Council of Representatives building encircles the Great Hall and the Council Chamber with a monumental brise-soleil. 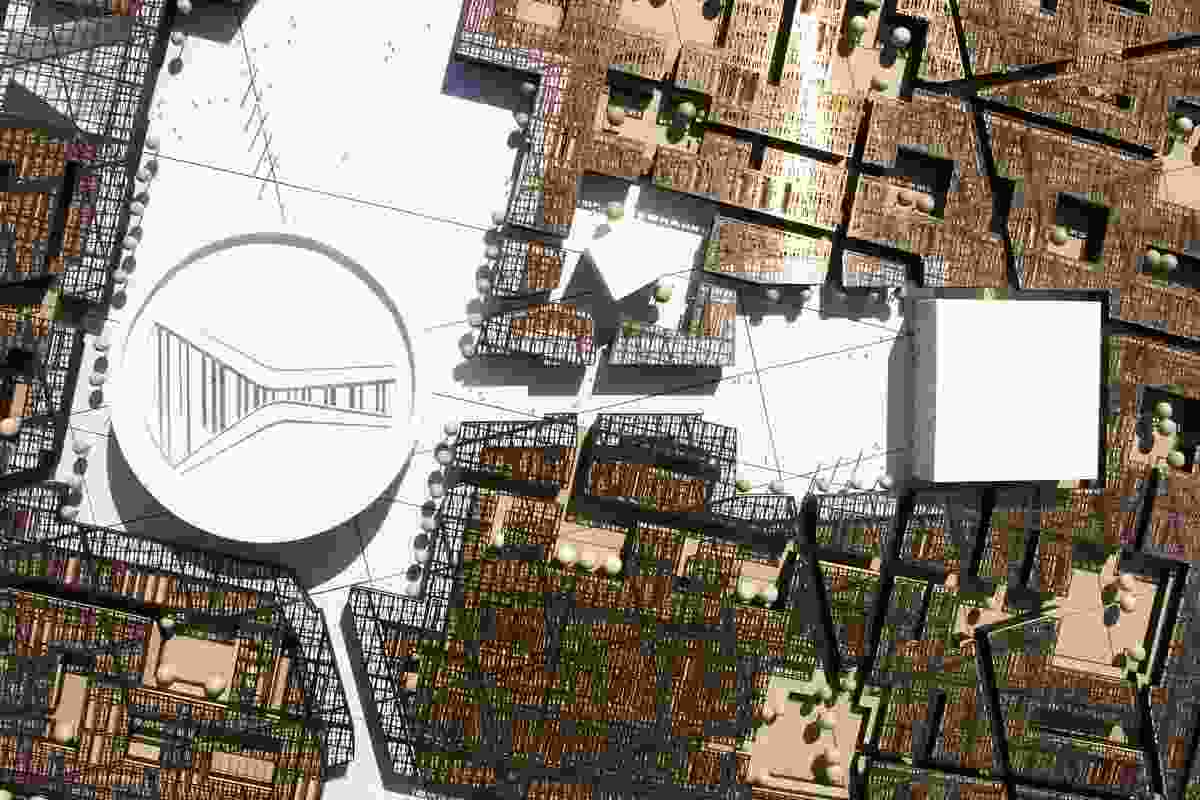 The plan for the new Iraqi parliament complex highlights landmark plazas and buildings: the Council of Representatives (round) in dialogue with the Federal Council building.

Public space within the monumental bris-soleil of the main building. 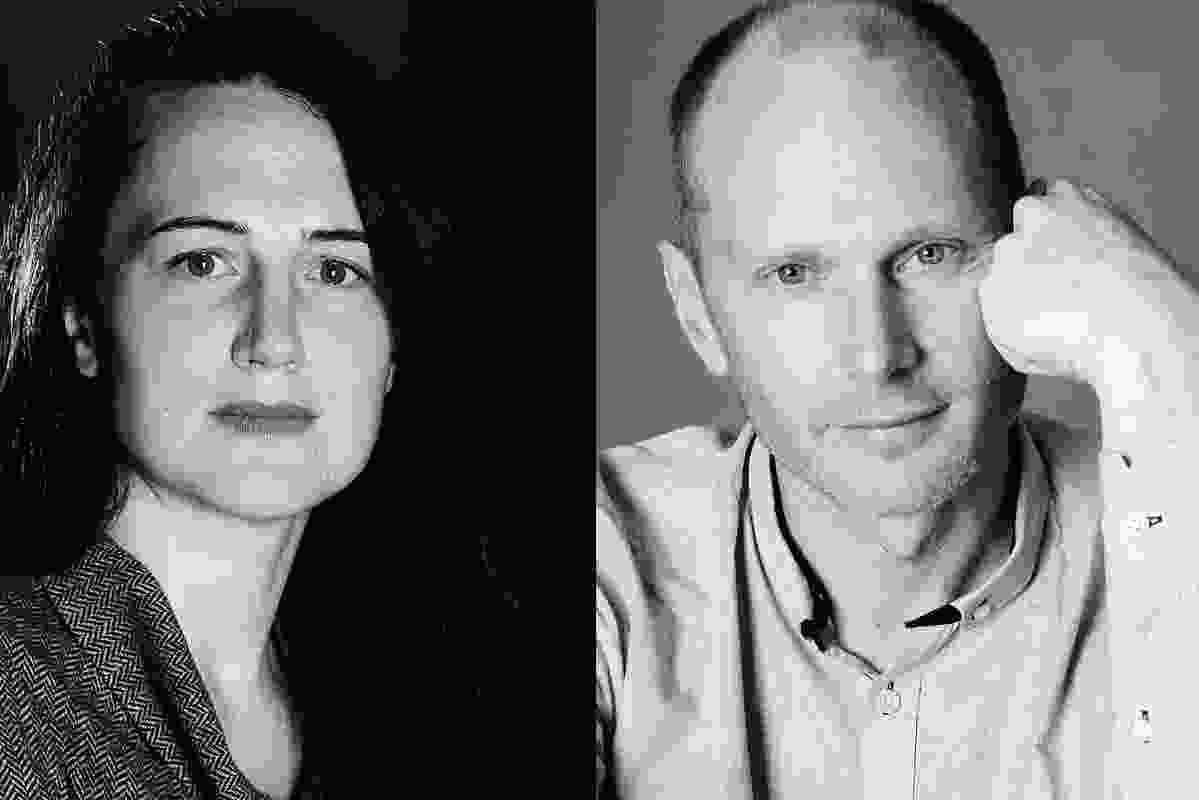