The sea wall has a symmetrical fanning form, and has been dubbed the Great Garuda after Indonesia’s national symbol, the mythical Garuda, represented as a Javan hawk-eagle.

Construction has started on a giant bird-shaped seawall that will protect the low-lying city of Jakarta, Indonesia, as it progressively sinks. The multi-decade project, described as a world first, will also incorporate a new city for 300,000 residents, 17 artificial islands and the revitalization of the coast.

The National Capital Integrated Coastal Development (NCICD) master plan was first put forward in 2008, and has been developed through collaboration between the governments of Indonesia and the Netherlands.

The sea wall and other aspects of the project combine to form a symmetrical fanning shape that has been dubbed the Great Garuda after Indonesia’s national symbol, the mythical Garuda. The symbol is often represented as the Javan hawk-eagle.

Dutch architecture practice KuiperCompagnons was commissioned to develop the urban design aspects, and Dutch engineering firms Witteveen+Bosa and Grontmij were involved in masterplanning the project to protect the city as it continues to sink up to 20 centimetres each year. For comparison, the Italian city of Venice is only sinking around two millimetres annually.

Jakarta is situated in a flood plain, and around 40 percent of its total area sits below sea level. The city, home to more than 10 million people, experiences periodic floods that are expected to become more severe as the land continues to sink and sea levels rise due to climate change. The sinking is thought to be caused in part by the extraction of groundwater.

The total estimated cost of the project will be around $US40 billion and its expected completion date is within 30 to 40 years. The sea wall will be more than 24 metres in height and will stretch along the coast for 40 kilometres.

There are serious concerns about the negative environmental and social consequences that could result from the project. A study by Indonesia’s Maritime Affairs and Fisheries Ministry, discussed in The Jakarta Post, found that the project could erode islands in the western part of the bay, destroy coral reefs and that the water inside the sea wall could stagnate and become heavily polluted.

Gijs van den Boomen from KuiperCompagnons told National Geographic that the rivers that flow into the bay will be cleaned up to avoid creating a “lagoon of death”. He said that despite the drawbacks presented by the project, his team could see no other way to save the city from the “staggering, almost unimaginable” rate at which it is sinking. 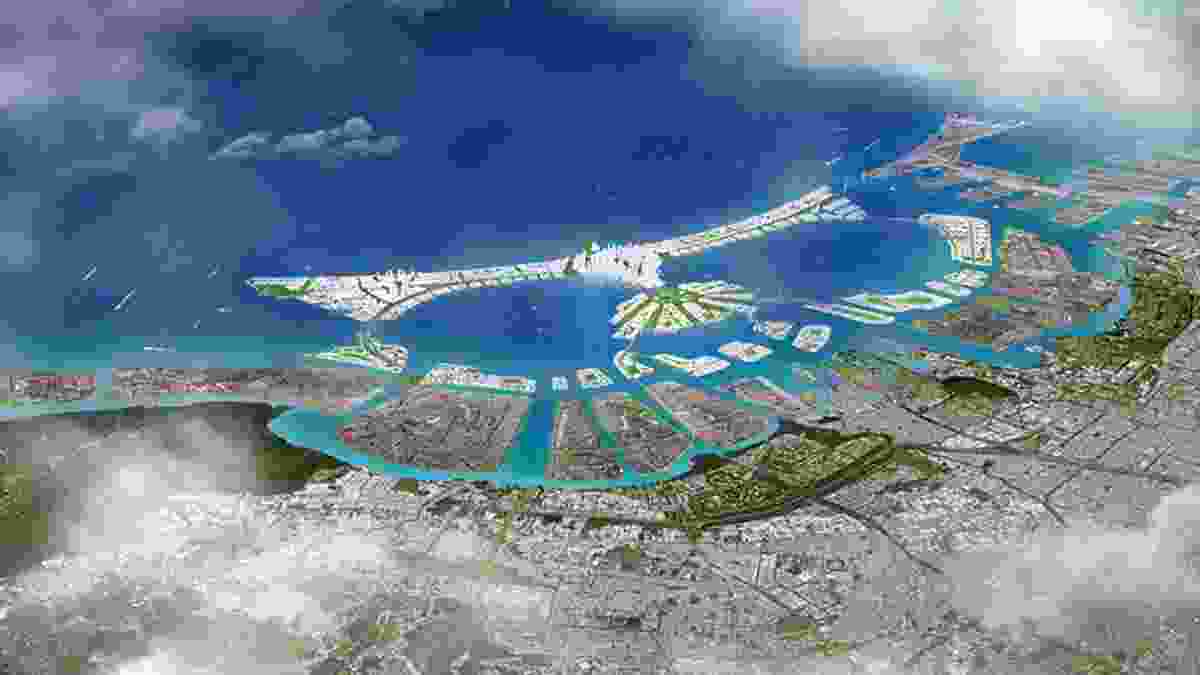 The sea wall has a symmetrical fanning form, and has been dubbed the Great Garuda after Indonesia’s national symbol, the mythical Garuda, represented as a Javan hawk-eagle. 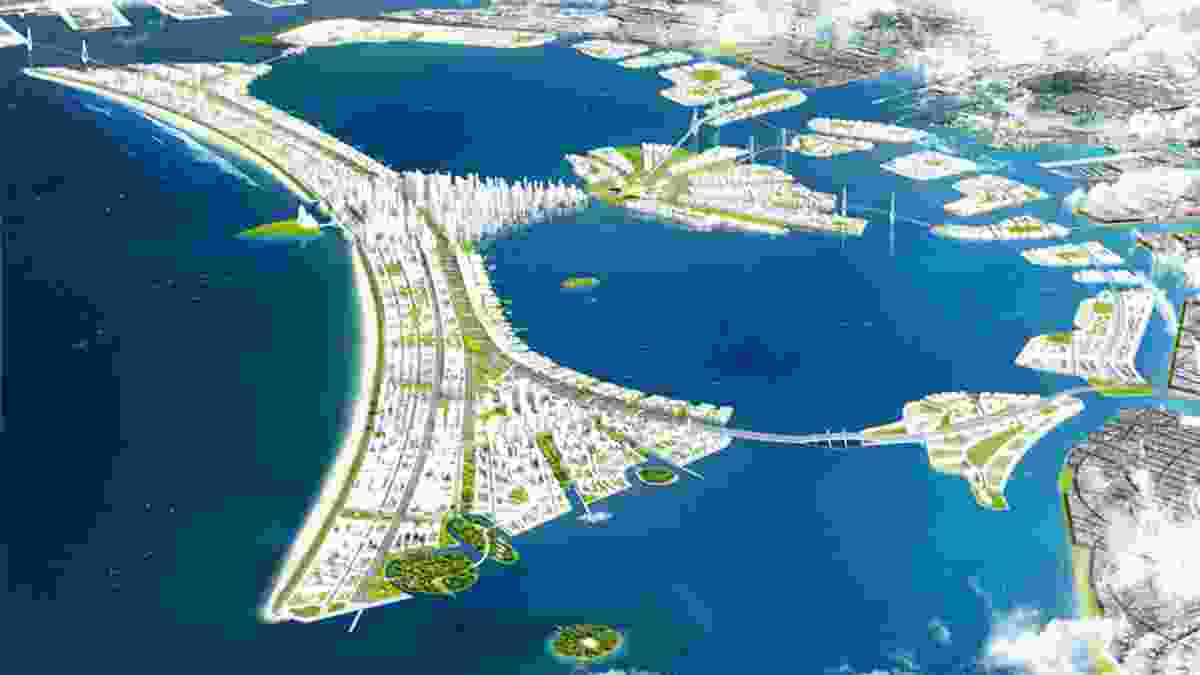 The Indonesian city’s $US40b project will incorporate a 40km seawall to protect Jakarta as it sinks up to 20cm every year.