Gollings on architecture and the image

In light of the theme of the conference, People, how has the relationship between photographers and architects changed over time?

The other big change is analogue to digital, which has enabled photographers to work at night more and to employ a wider range of lenses. The whole dynamic of the opportunities to describe the building has fundamentally changed.

Some photographers tend to look back to the old way of doing things fondly, whereas you seem to embrace new technology and its possibilities.

I always have – in the darkroom we had the best and largest equipment. I’ve always wanted control over the output.

I’ve always had the very latest cameras, and probably pushed the whole Photoshop digital thing as far as it can go because I think the new modern high-tech building demands the same tools applied to document it. In fact the buildings need it sometimes, because they’re complex. Architecture has changed as massively as photography.

You mentioned that architects are starting to want video. How will that work for photographers, and do you see the trend picking up?

I personally don’t think that video is as good at documenting a building as a formally made shot, but it’s a generational thing.

What would be the main advice you’d give to people starting out in architecture or architectural photography?

One is know the history of your subject, whether it’s the history of photography or the history of architecture. Try to develop an understanding and sense of timelessness so that you don’t get segued into doing something fashionable – which is also bound up with having a good historic knowledge.

Certainly in photography you need to have extremely good craft skills in order to go beyond that. If you can’t compose and produce a perfect photograph, you can’t use it then to go on creating narrative. The same applies to architecture. Learn every CAD program that you can, know your history and then see if you’re any good.

I think any creative is born. You can’t be taught – I think it’s in you. The whole obsession with getting a degree is probably a legal necessity now more than a creative necessity.

How did your practical experience and formal study shape you?

I wish I knew then what I know now about learning. I think my understanding of architecture has taken years to develop, which it probably does for most practising architects.

In photography I’m self taught, but at a higher level than anyone gets. I went into the maths and physics and chemistry of photography more than any lecturer could ever do. I did a proper self-teaching.

Most architects only do their best work after 60, or they do a few flashy things when they’re young and get known for it. The seriously good buildings are done by very mature thinking. It just takes years. I’ve seen more architecture than most architects, and it’s still hard to work out what is a good building.

Your fascination with the aerial view – looking at things from above – where does that come from?

The odd perpectives come from trying to establish context. That’s bound up with my equal obsession with finding one picture of a building that says as much as possible about the building.

It’s my take on my role. I’m very concerned with the viewer being able to offer their own critique from my photographs, so I want to show the building in its design essence. Whether that’s an elevational perspective and I want to put it in the middle of the picture, or if I want to show the surroundings so you can say its sensitive to the neighbours or its respectful to the landscape or the environment. I’m very interested in not having the photograph reflect my creativity, but the architect’s creativity and nuances.

It’s pure architectural photography in a sense. At the same time, my clients do want a John Gollings look.

You mentioned that you’re happy to use Photoshop to remove fire extinguishers and sprinklers from photographs, which some photographers don’t do.

I want to show the formal arrangements. It’s really important to me to show it as the architect has designed it, not the OHS standards of sprinklers and fire things because they’re irrelevant to the design.

Tell me more about your fascination with the Australian landscape and how it changes over time? What informs that interest?

It came partly from the fact that I’m up in the helicopter all the time, so I got a chance to look at it. I started documenting the bushfres from the air because that was a transformation of a landscape.

Now I’ve become more and more interested in Western Desert Aboriginal dot painting, with storytelling about wayfinding through the landscape from the air.

I find myself looking to see how I can photographically find that same wayfinding within an anonymous landscape. It’s sort of like I’m taking pictures of nothing, but if you look very carefully you’ll see the intensity of detail in that flat desert. It’s very much my own desire to try to reevaluate an Australian landscape that isn’t picturesque.

What do you feel is the most meaningful or significant work that you’ve done?

Documenting abandoned civilizations, because it’s an alert to modern politics and society to not be complacent. And to not only think about the quality of the cities we live in but also the fact that they could disappear. I’m staggered that these ruined cities were the centre of civilization and they’ve disappeared. That’s important to me.

Also the fact that I’ve got a pretty big archive of the last 30 or 40 years which will be historically valuable to future people. That’s something I’m proud of.

What was your overall take on the conference theme?

It was an engaging topic – the whole idea of reinforcing the idea that architecture is for people. I have got to say that fundamentally you design buidings to enclose people. It is forgotten and it is really important to show how buildings are used. As a student conference, it makes a good topic.

I really wanted to encourage the students that they have a lot to live up to, and to start thinking out of the box, basically. That was my main message to the students – the designers of the future.

Gollings on architecture and the image 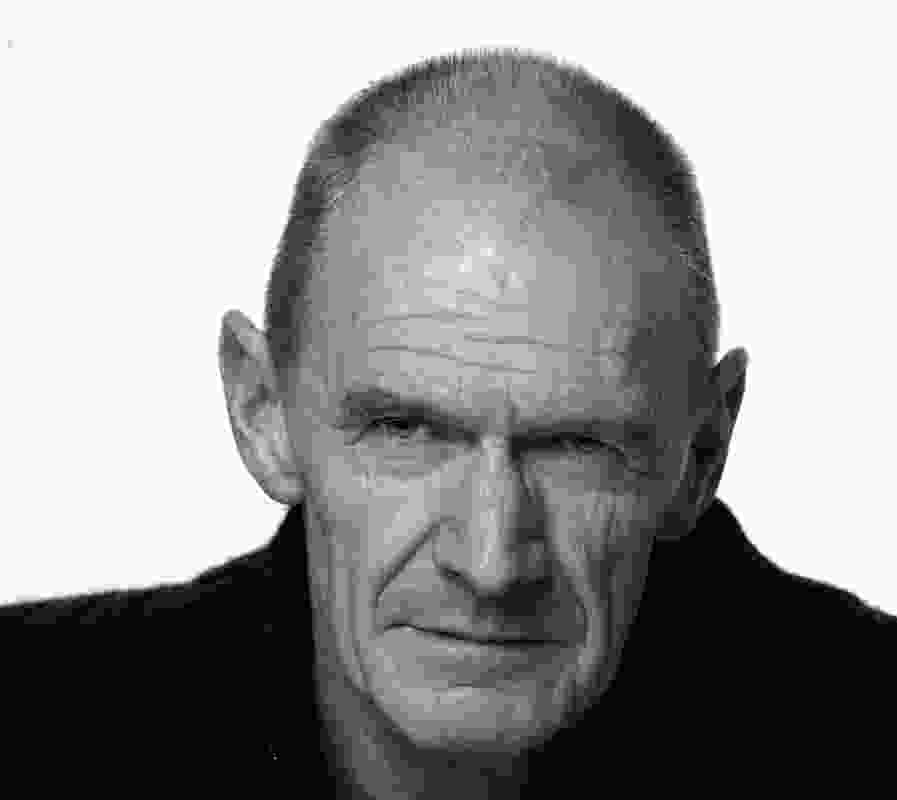