The $164 million tower at 271 Spring Street will be the the headquarters of health insurer Australian Unity. The building accommodates office spaces, function spaces and a roof terrace.

An existing building between the Elms Hotel and Mission building was demolished and replaced with double storey entry. The new building takes inspiration from its neighbours and the new entry is made with interpretive brickwork to mirror rhythm of the existing buildings in streetscape.

Together the three elements from a brick podium from which the tower rises. The facade of the tower, which cantilevers over the podium, features sunshading elements the geometry of which is extrapolated from the shape of historic hip roof forms.

The project completes ISPT’s decades-long plans for the Lonsdale precinct, which also includes the Urban Workshop designed by JWA, Hassell and NH Architecture, completed in 2006. 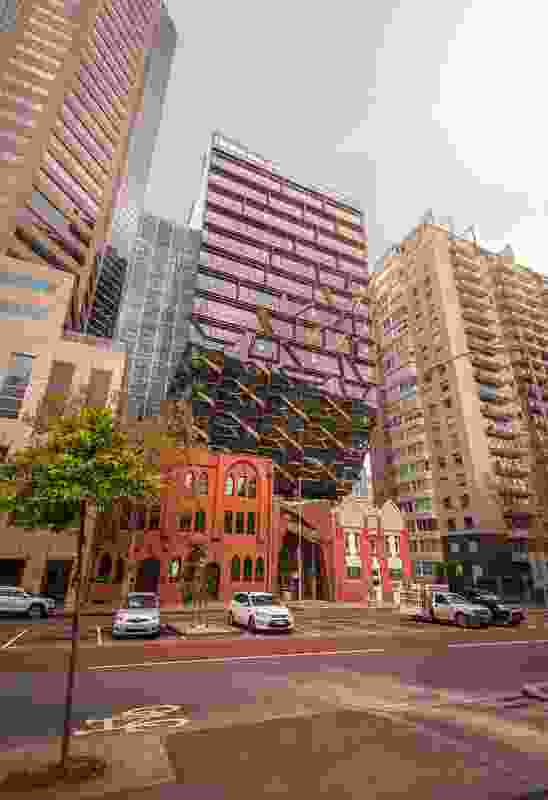 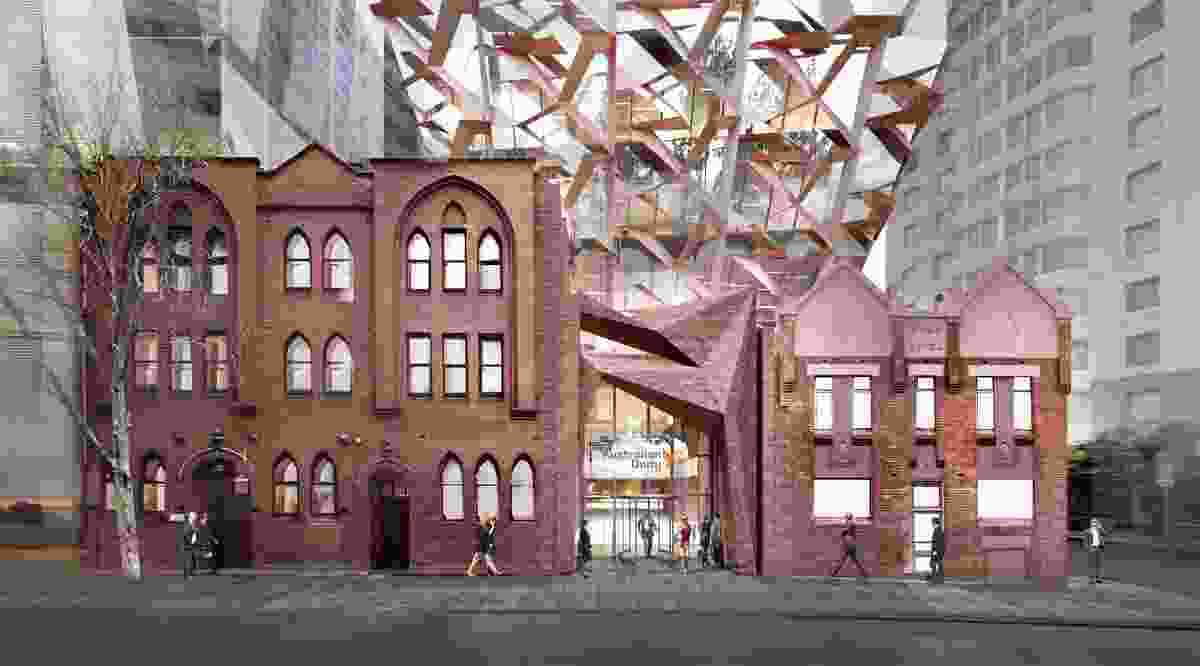 A render of 271 Spring Street by John Wardle Architects. 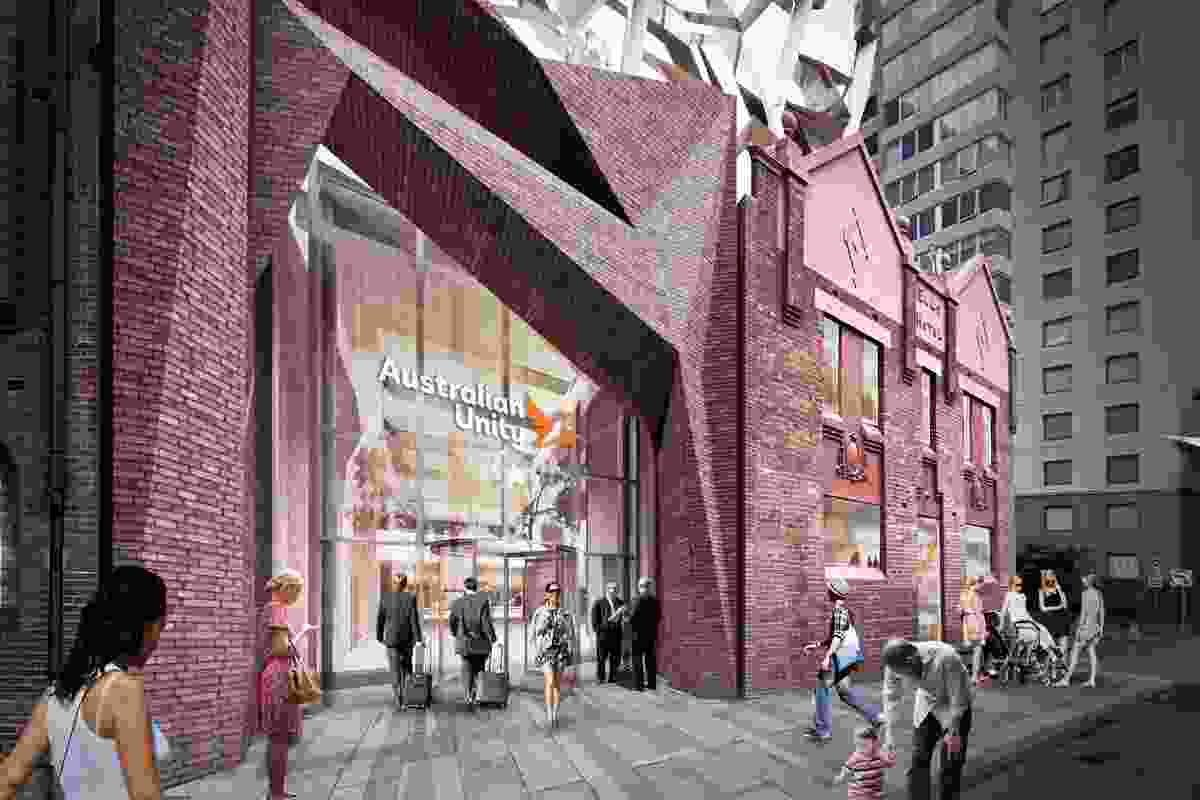 The entrance to 271 Spring Street by John Wardle Architects is made from interpretive brickwork inspired by the surrounding heritage buildings. 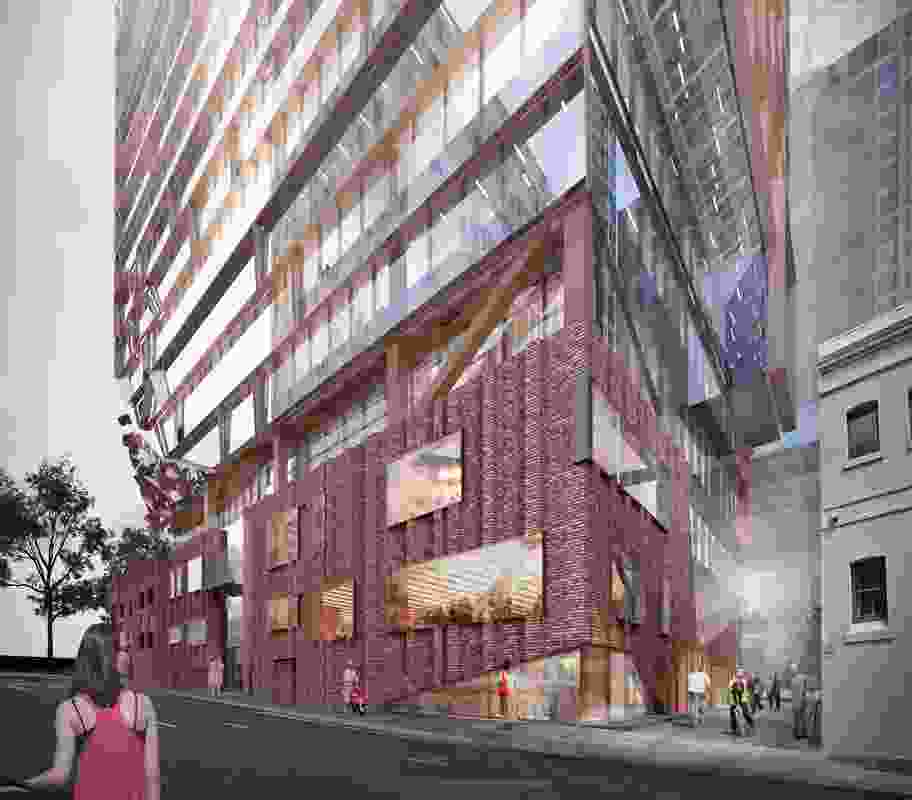 The tower at 271 Spring Street by John Wardle Architects cantilevers over the existing heritage buildings.