A new footbridge designed by John Wardle Architects and NADAAA in collaboration has opened in Melbourne.

The Tanderrum Bridge traverses Batman Avenue roadway and links the parklands of Birrarung Marr, on the Yarra River’s north bank, with the outer courts of Melbourne Park, home to the annual Australian Open tennis tournament.

The project is the second successful collaboration between John Wardle Architects and Boston-based NADAAA, following the completion of the Melbourne School of Design in 2014.

But John Wardle Architects and NADAAA’s design has an added layer of connection, joining together two significant places of democracy and egalitarianism.

On one side of Batman Avenue is Speakers’ Corner, a heritage-listed place of historical and social significance, which according to its heritage statement, is “important for its long associations with the rights of assembly and free speech.” The site has been associated with a number of key moments in Australia’s democratic history from conscription to women’s suffrage. “Today, nine stone edged speakers mounds set in a grove of 36 mature elms stand as a silent reminder of a public space once filled with passionate oratory and conflict,” the statement of significance reads.

Tanderrum Bridge begins at Birrarung Marr’s lower terrace. But instead of continuing linearly towards Melbourne Park, it makes two deviations into the canopy of the elms to provide a protruding “upper dress circle,” as John Wardle describes it, to Speakers’ Corner, giving “a new vantage point to a historic civic place.”

John Wardle Architects and NADAAA also made a design decision to site the other end of bridge at the outer courts of Melbourne Park, which is accessible to players of any ranking, or in other words, a very egalitarian sporting venue. In addition, a new public lawn has been created, which is oriented to the north, the city and the outer courts.

The bridge brings people to “a place where they can congregate freely rather than being just something that delivers people to the centre of action,” Wardle said.

“We thought that was a nice linkage of the journey across, past Speakers’ Corner and then landing in a place that was more every person’s place.”

The bridge is constructed from a flat steel girder structure encased in concrete, which is then wrapped in a lightweight “filigree” skin of steel rods. The filigree establishes “a project logic” that forms the non-structural elements of the bridge such as balustrades, gateway elements and lighting.

“The idea of the filigree came out of observations about the site in the initial competition,” said Mathew van Kooy, a senior associate at John Wardle Architects. “The entirety of Birrarung Marr used to be an extension of the rail yard. One of our initial site visits was in winter when all the oaks drop their leaves and we thought there was a kind of synergy between the transient nature of the trees and the beautiful branches and the Victorian paraphernalia of rail yards. “The [brown] colour particularly blends in with the existing red gums in the swale and the cycads in the embankment. It’s extremely sympathetic with the setting and context.”

As Wardle explained, “The filigree allows the structure to be revealed without distracting from this second layer. It neither conceals or endeavours to fully integrate with the structure.

“It’s an interesting approach because with some bridges, their primary architectural quality is the structure and you can do that beautifully. Or they can be a very simple or dumb structure and wrapped in an architectural outer casing. This one we feel is both.”

Tanderrum Bridge is part of the Victorian government’s $338 million stage two redevelopment of Melbourne Park that also includes an eight-storey administration and media centre by Hassell and the refurbishment of Rod Laver Arena by Cox Architecture. 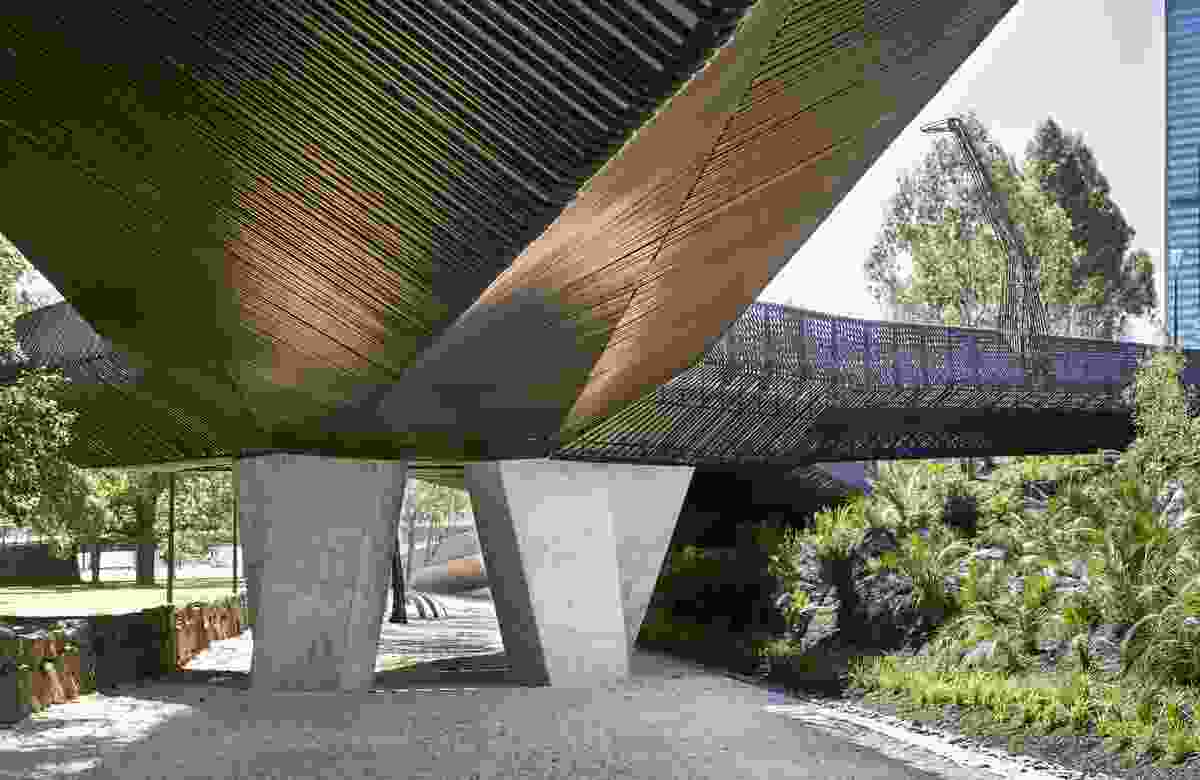 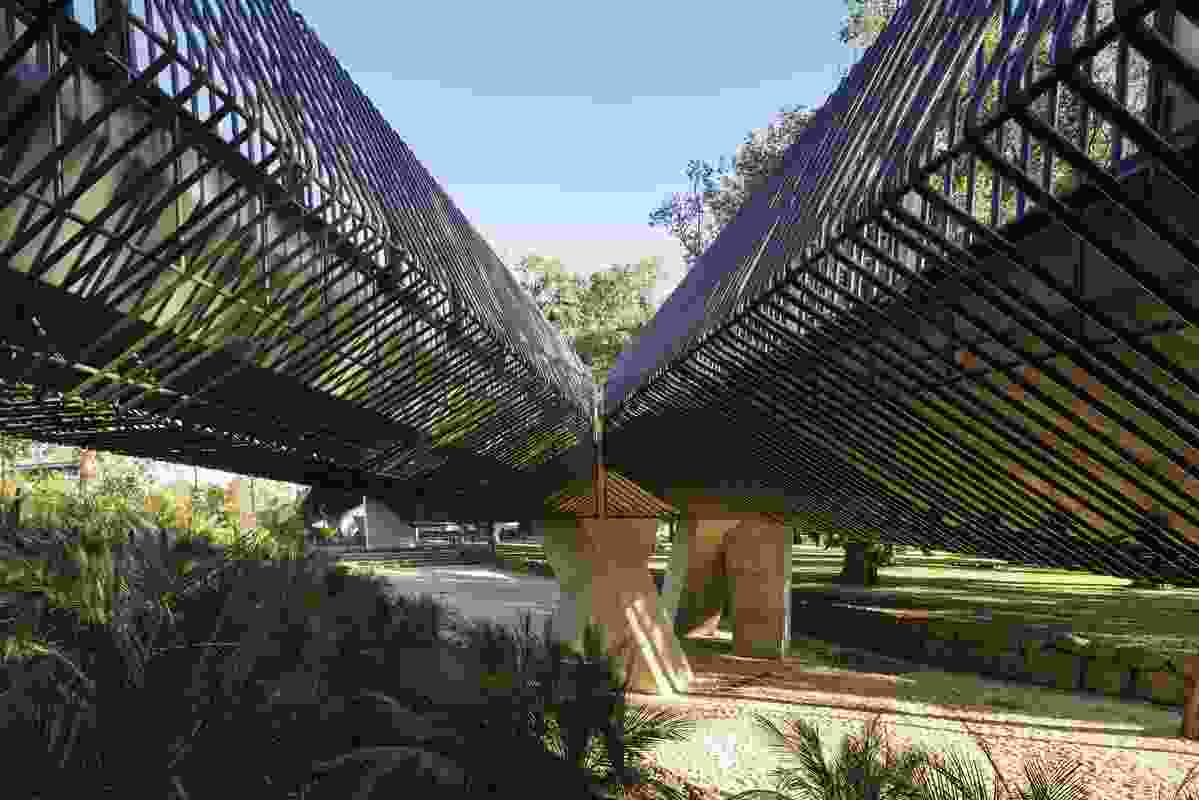 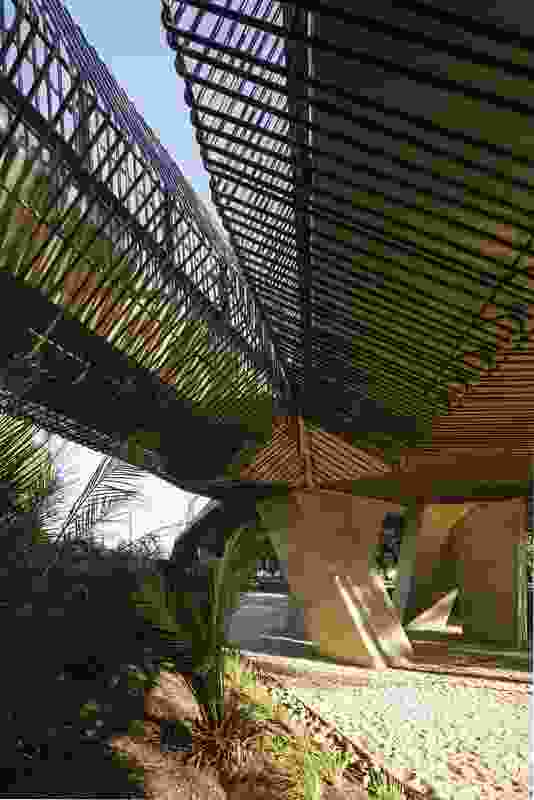 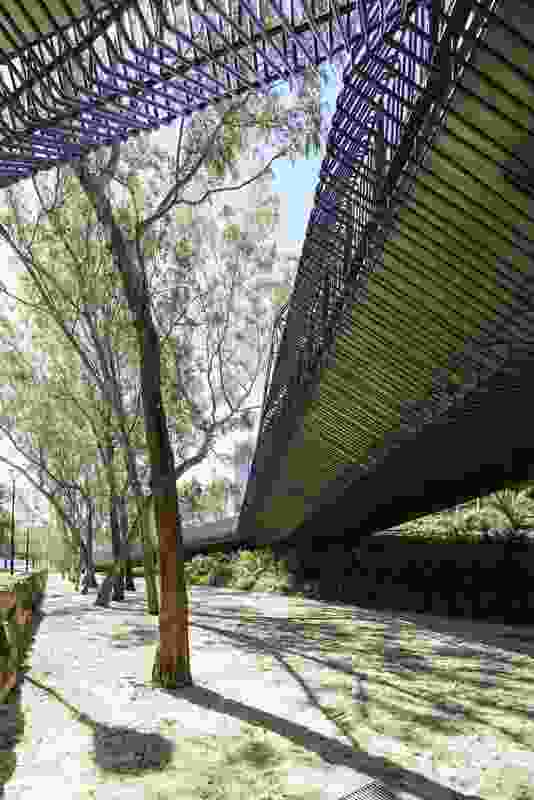 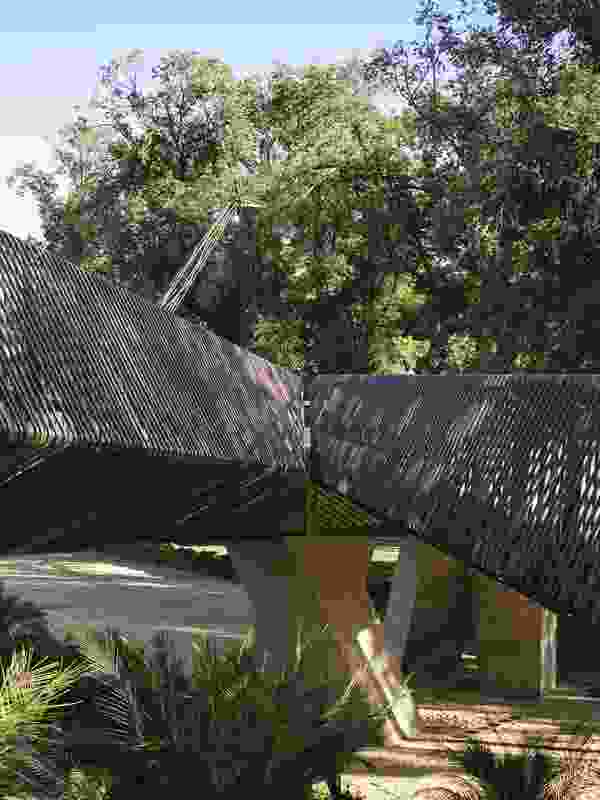 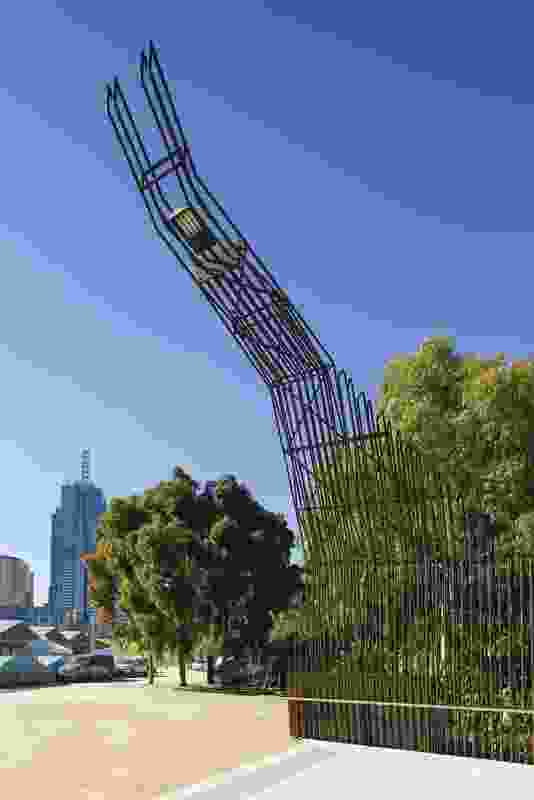 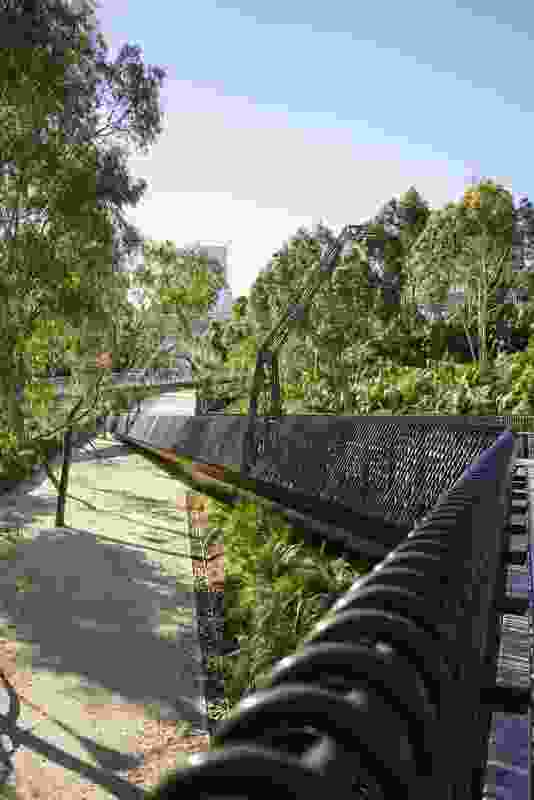