Two Australian practices are among the 71 participants in the main exhibition at the Venice Architecture Biennale, which will open to the public on 26 May.

Curated by Yvonne Farrell and Shelley McNamara of Grafton Architects, the exhibition is this year themed “Freespace,” which will explore “a generosity of spirit and a sense of humanity at the core of architecture’s agenda, focusing on the quality of space itself.”

John Wardle Architects and Room 11 have both installed works in the show.

John Wardle Architects’ installation, titled Somewhere Other, was based on “An idea formed around the theme of translation and working between two distinctly different places: Australia and Venice,” according to founding principal John Wardle.

“To make this connection between ‘somewhere’ and ‘other’ we determined our exhibition to be a series of portals and thresholds that orchestrate various forms of engagement, from the most intimate to the most social, with opportunities for entering within, or standing back and observing.”

It comprises a series of mirrors and screens nestled within a five-metre-long structure made of Australian hardwood. Visitors can engage with the structure from three points. From a viewing point at the cone’s tapered point, films by filmmakers Coco and Maximillian, derived from previous John Wardle Architects projects, can be viewed.

The iron “mask” through which visitors engage with the work is inspired both by traditional Venetian carnival masks and the eye slit in the mask worn by Australian bushranger and outlaw Ned Kelly.

At the cone’s “base,” a U-shaped passageway contains another film-screen, with the films projected at a 1:1 scale. Artist Natasha Johns-Messenger has intervened in this space with two angled mirrors that create the illusion of endless space.

Wardle said, “Together, these two films – one vertical at one-to-one human scale, the other in wide format – merge places within projects to convey the impression of a constant journey, through many portals and across many thresholds.”

Both Johns-Messenger and Coco and Maximillian have standing collaborative relationships with John Wardle Architects.

“We always look for collaborative opportunities but this project in particular highlights the value of drawing upon others’ ideas to enrich the outcomes,” said Wardle.

The installation is accompanied by a 150-page monograph by Uro Publications.

Tasmanian practice Room 11 Architects has taken a minimalist approach to its exhibit, which aims to transport the visitor to the Apple Isle.

In a dark room littered with low-lying comfortable chairs, three screens display images of both the Tasmanian landscape and the practice’s work.

Room 11 Architects’ directors explain, “From a central view, three views retreat. The effect is one of space falling away from the viewer. Originating in the landscape, the camera pans backward, revealing the architecture.”

The three films reveal different works, each intrinsically linked to its place in Tasmania, with one situated in an urban environment, the other in a mountainous setting and the third in a coastal location.

The directors explain that the exhibit aims to evoke a “theatrical tension,” the tension of being in Tasmania in the films and being in a room in Venice.

In their description of the work, the curators note that the architects’ work reflects on how we should occupy this planet, something that is pertinent to the biennial’s Freespace manifesto.

“Their practice is driven by an ambition to make work which is meaningful, sincere, and serves humanity. There is a resistance to making interventions which would erode the valued resources of the given landscape.”

The 2018 Venice Architecture Biennale, Freespace, runs from 26 May to 25 November. 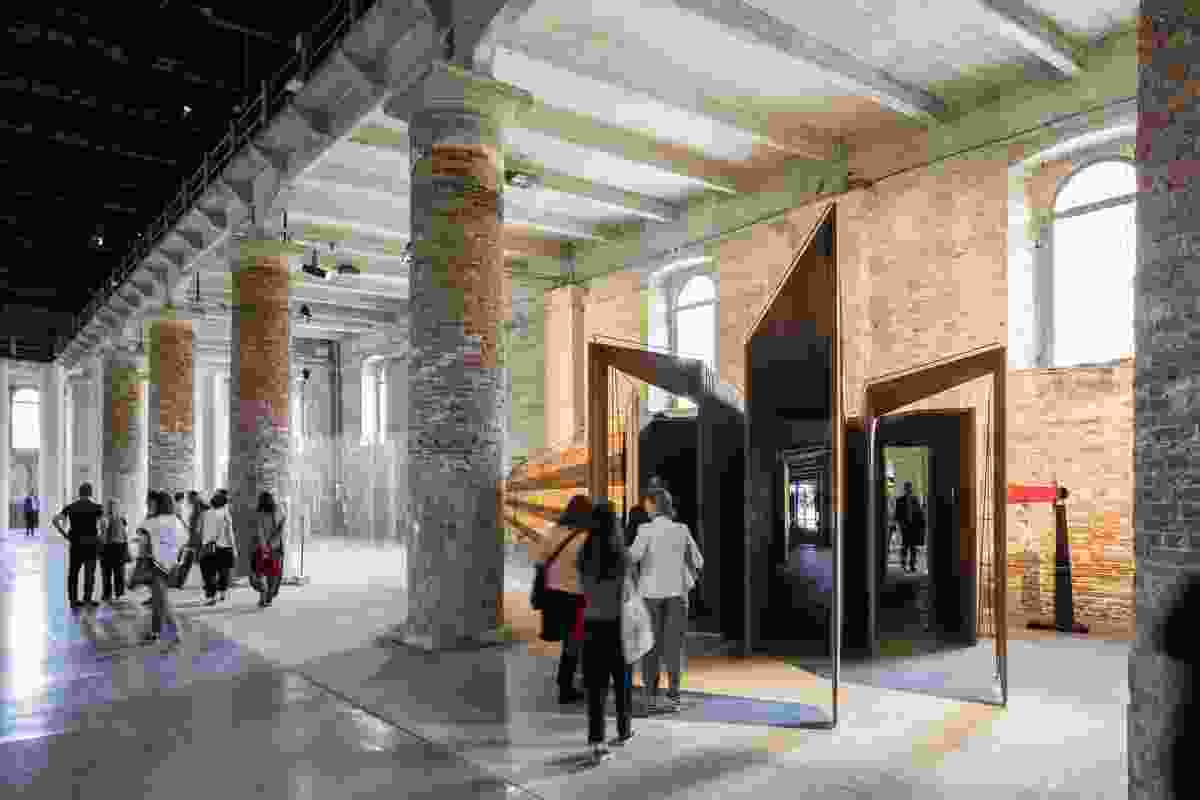 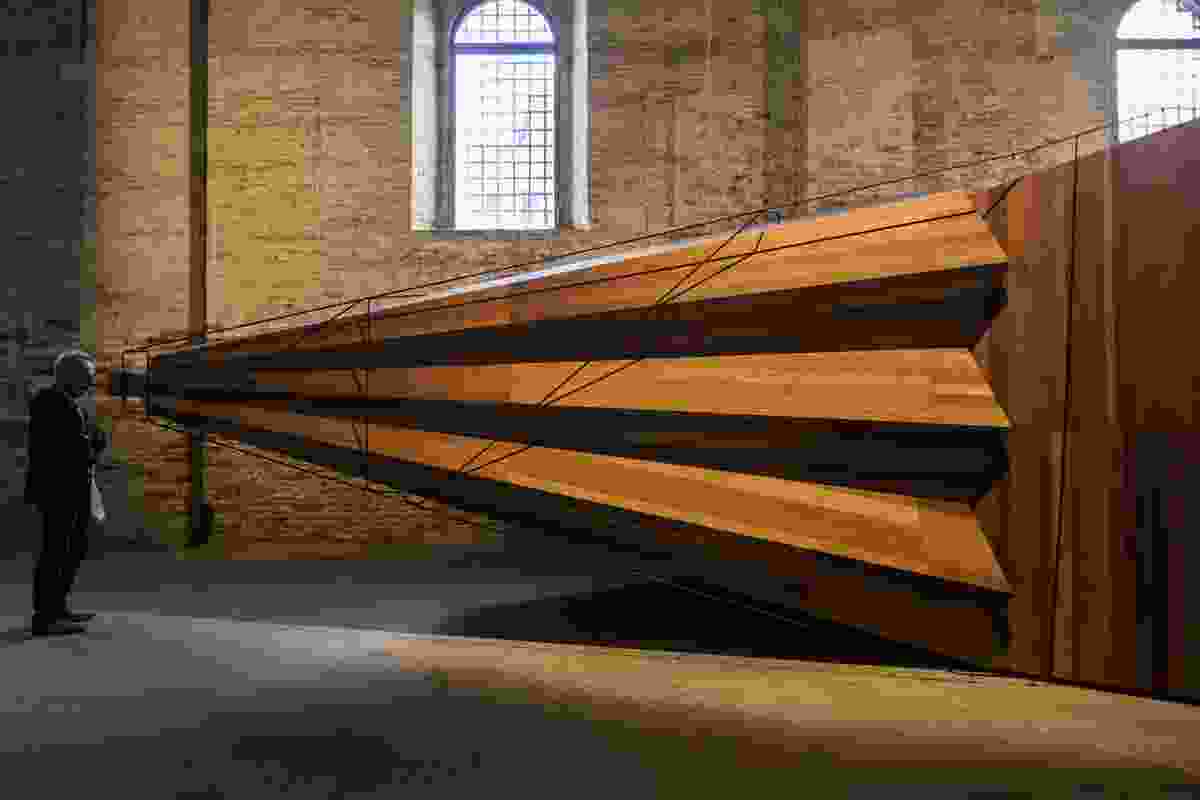 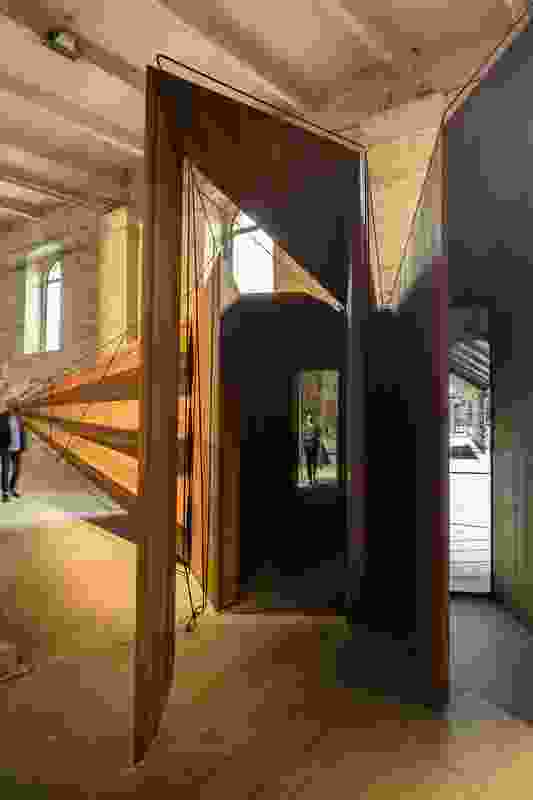 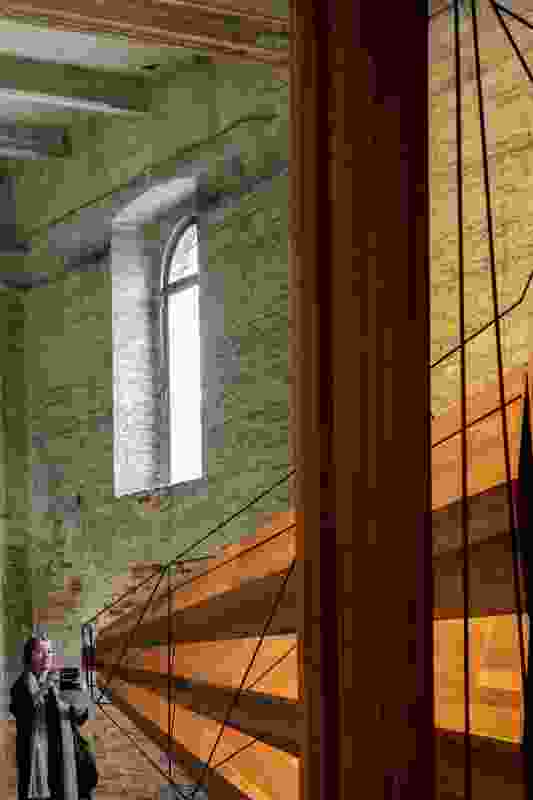 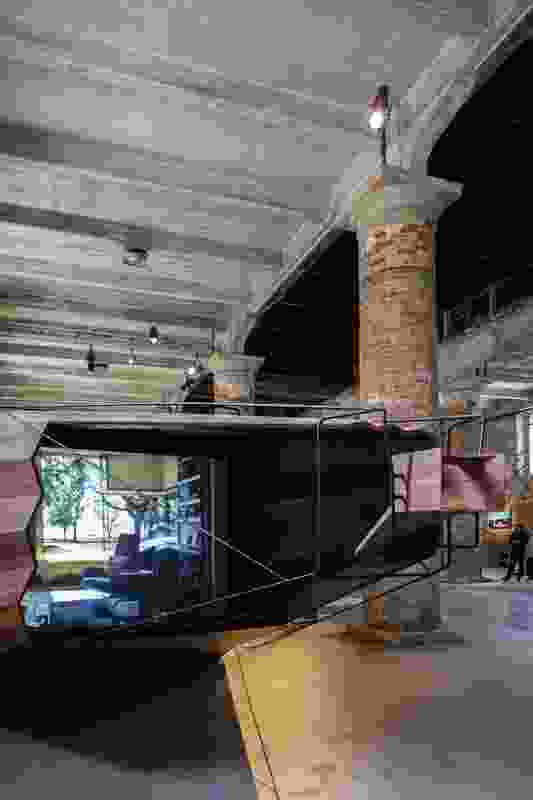 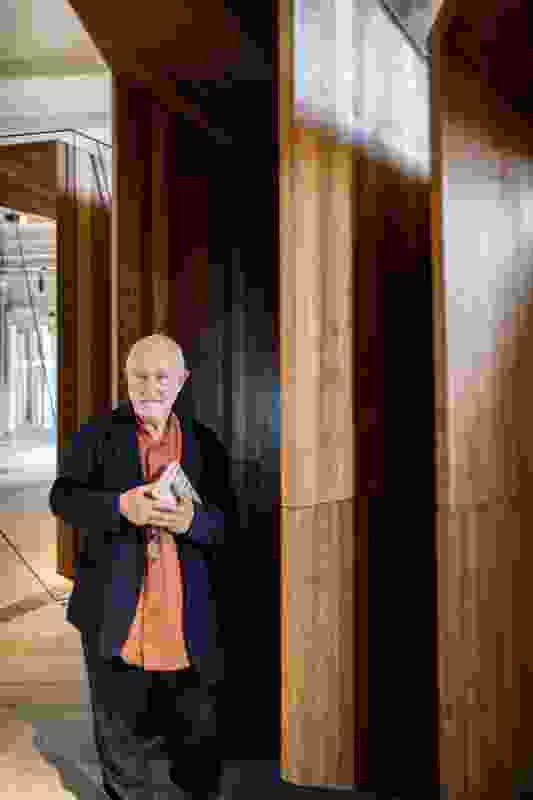 Architect Peter Zumthor with Somewhere Other by John Wardle Architects. 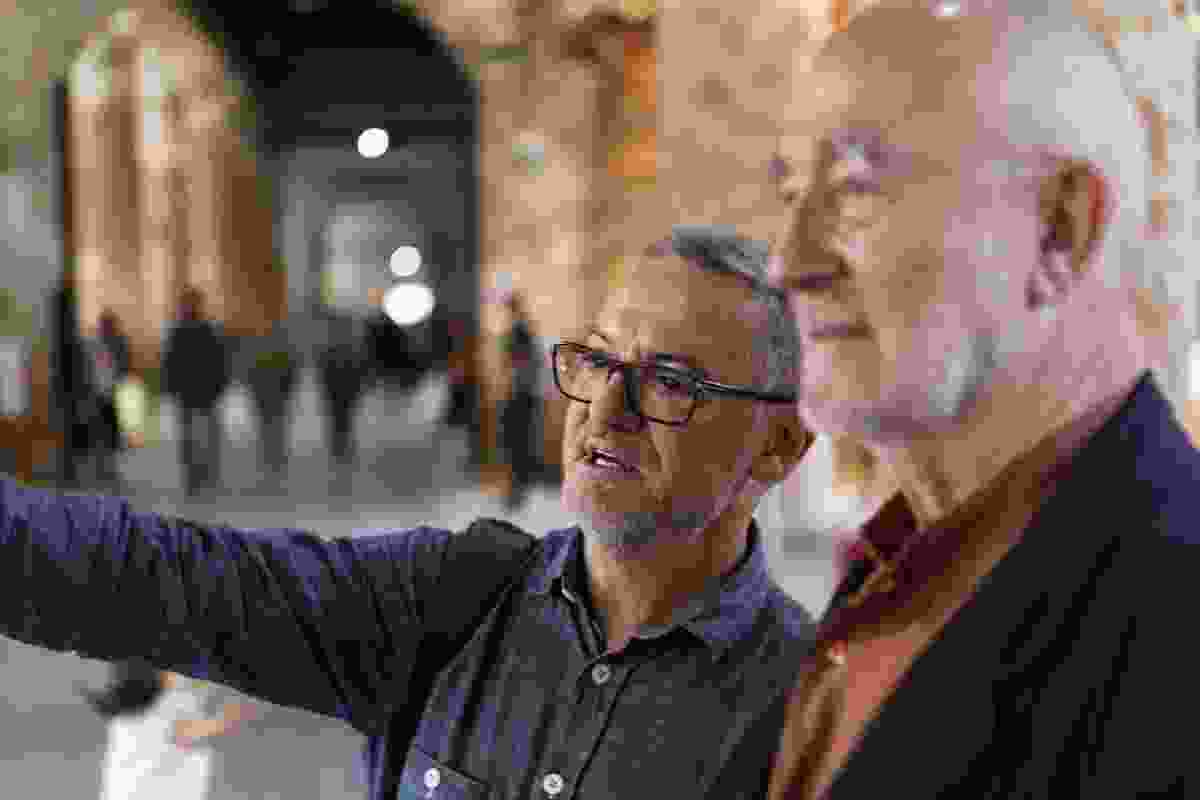 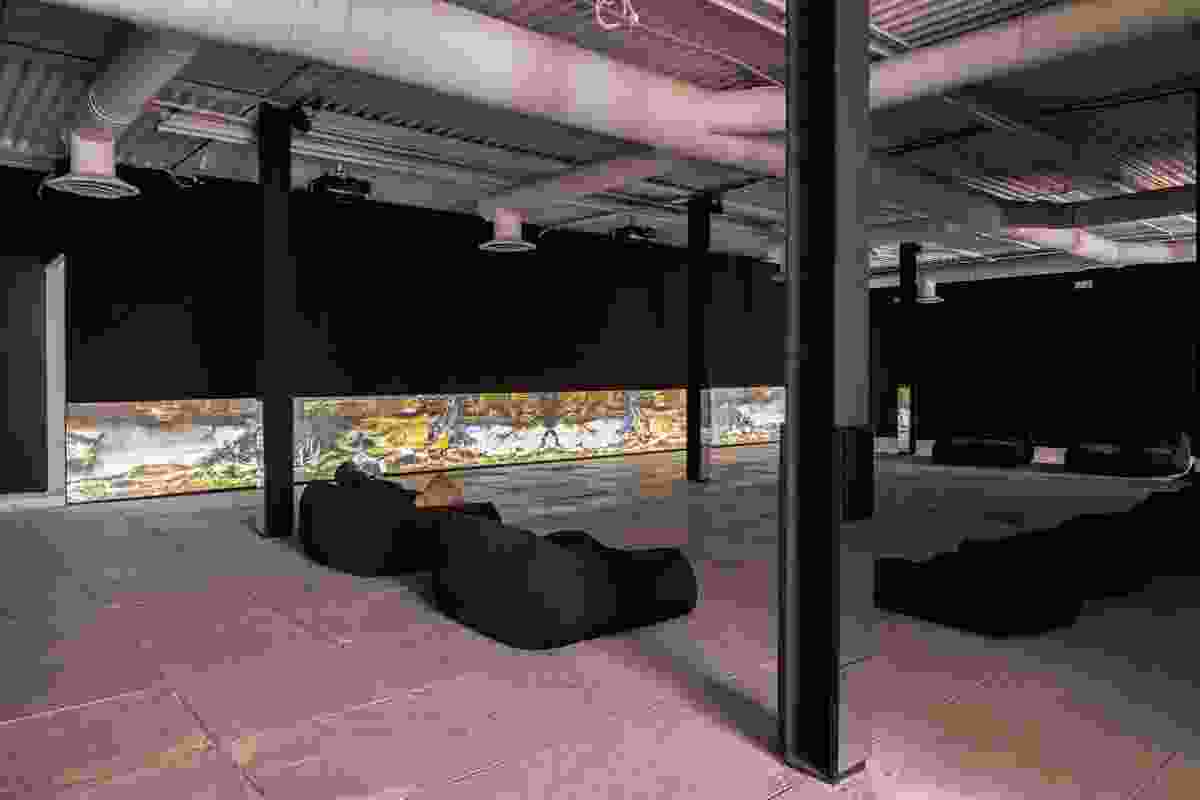 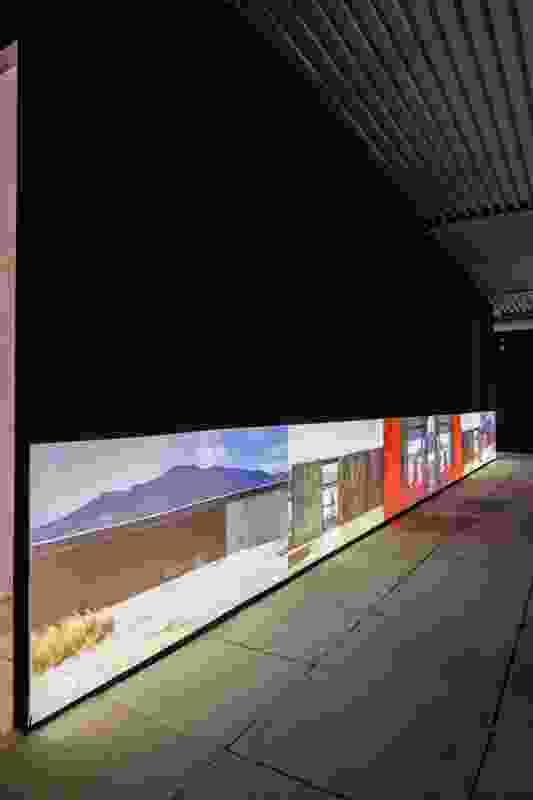