This Melbourne home by Whiting Architects emphasizes everyday archetypes and plays down big-ticket items in an artful skewing of the getting-to-know-you process.

The dining table acts as the hearth of the home.

There’s comfort in the familiar, security in the ubiquitous. And Melbourne architects Carole and Steven Whiting know how to make relatable feel original. Calling on basic archetypes, their Edwardian family home feels as though everything is as it should be, just a little better.

The two storey extension is based on the way children draw houses; the primary geometry of rectangle with a triangle on top (a corrugated-iron gable-ended pitched roof) and a high square window.“It’s anti-design, in a way,” says Steven of his Albert Park home. “We’re not trying to reinvent architecture with every addition on the back of a house. Of course, it takes a bit of work to make it feel so simple.”

The upper level is Carole and Steven’s domain, where the main bedroom leads into the ensuite. The barn door, claw-foot bath and grooved wall panelling invite nostalgia. “It strikes a chord,” says Steven. “And there’s pride in making something so fundament feel so elegant.”

The ensuite’s controlled black-and-white colour scheme is revved up with patterned floor tiles. Steven and Carole hope this combination of restraint and drama will bring them long-term gratification.

The couple’s two teenage daughters have the run of the front rooms. Here, toughened glass carves the original living room in half, and then in half again, to give each of the girls a bathroom adjacent to their bedroom. The two smaller spaces were converted into a powder room and a combined pantry/laundry. This gesture leaves the Edwardian cornices in tact, with the shower hanging from the ceiling rose.

There’s nothing shiny and new about the extension; the masonry wall is painted but not plastered and the vintage steel windows, found on eBay, remain rough and ready. “We didn’t want to make it too precious,” Steven says of his low-key approach. “A house should be lived in – there’s kids and dogs and you have to accommodate all that.”

Likewise, the kitchen is played down, with the oven – in many homes a showpiece – tucked away under the stairs and the fridge hidden down the corridor in the pantry/laundry.

The step-down from the dining space into the kitchen lessens the kitchen’s impact, and results in the benches reading a little lower than they are. This change of level also draws the two dining tables into the kitchen. “You can stand at the end and [the dining table] is at bench height; you can work at it, lean on it or sit on a stool with people around you,” Steven explains.

Prestige is a hurdle that Steven and Carole have taken care to avoid. “It’s not a house where everything is for showing, not going,” Steven says. Objects on show reveal glimpses of the family’s history and character. As Steven says, “There’s no checklist of reward objects.”

With the table acting as a hearth, the kitchen guides dialogue beyond the surface. “We want people to come over, sit around the table, eat, drink and talk. There’s a longer-term ‘getting to know you’ when you don’t immediately know the brand of oven someone uses.” And just like that, conversation turns from the appliances and benchtops to matters of the soul.

The dining table acts as the hearth of the home. 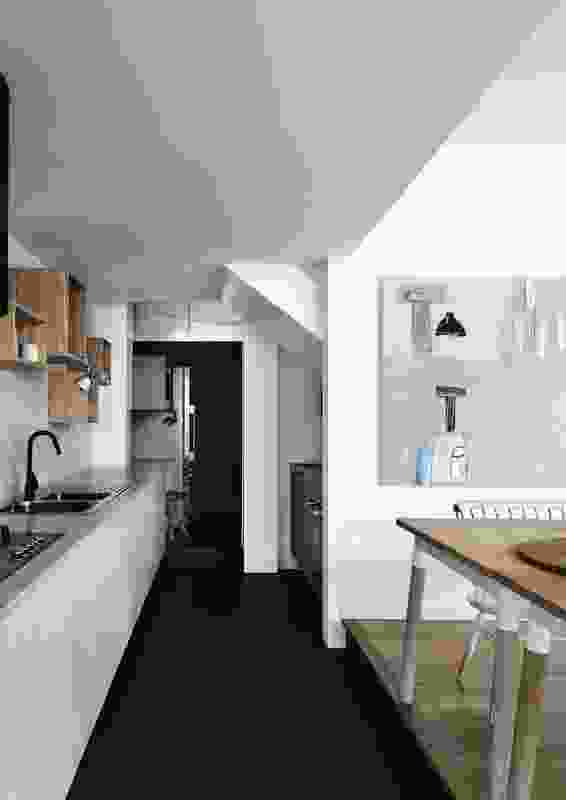 The kitchen steps down, lessening its impact and turn the dining tables into a bench. 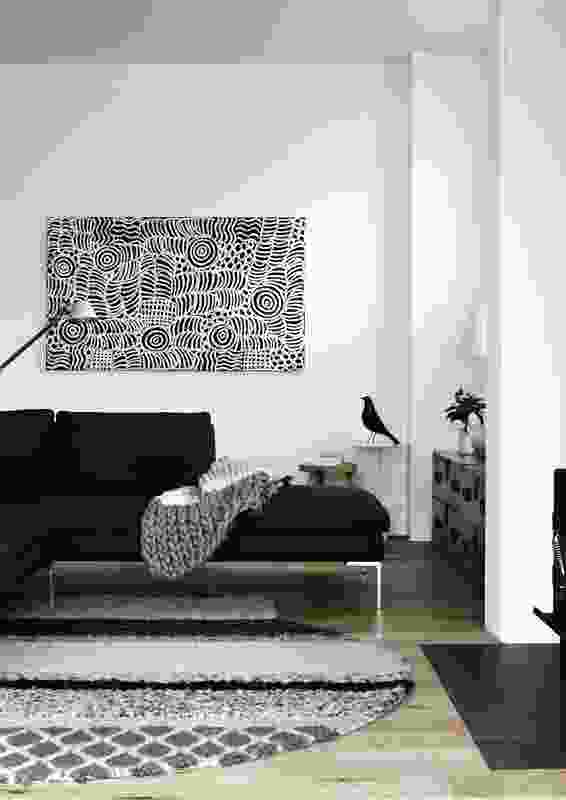 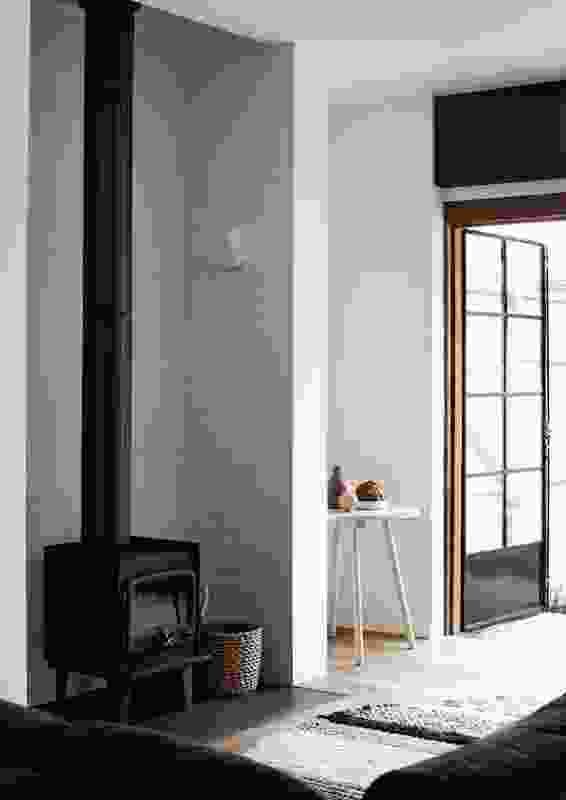 The interior masonry walls are painted by not plastered. 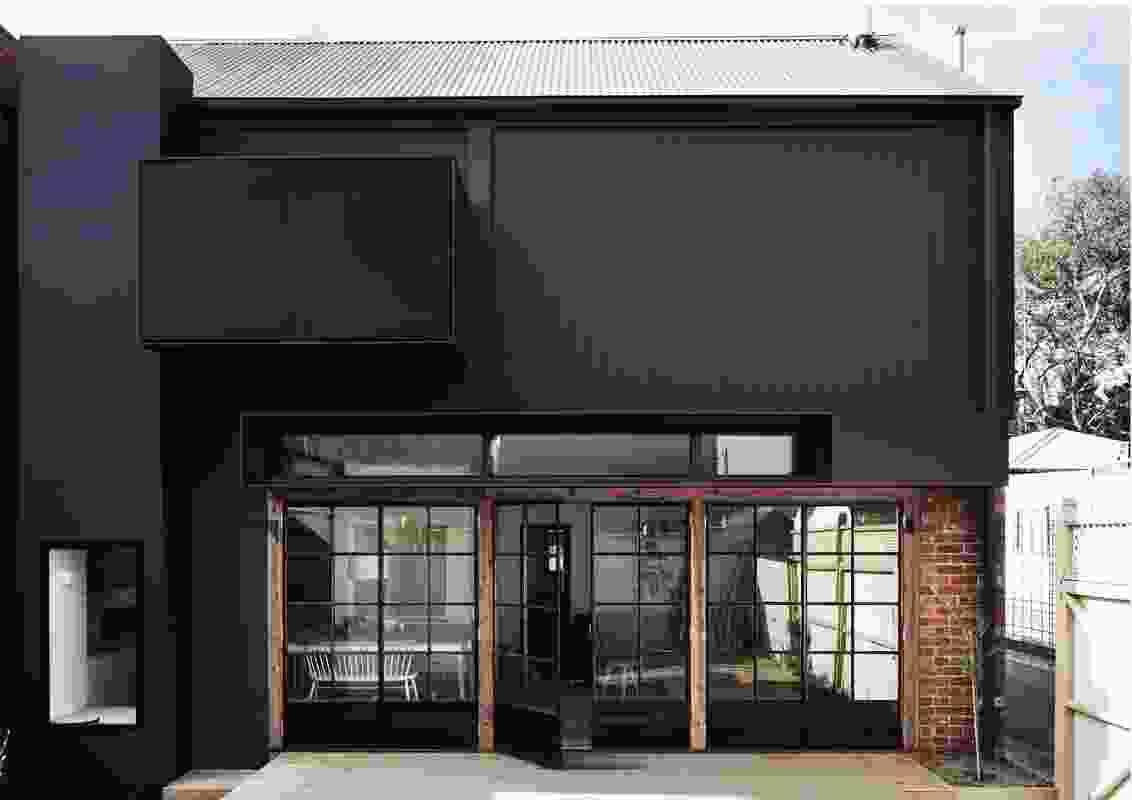 The vintage windows, sourced from eBay remain rough and ready. 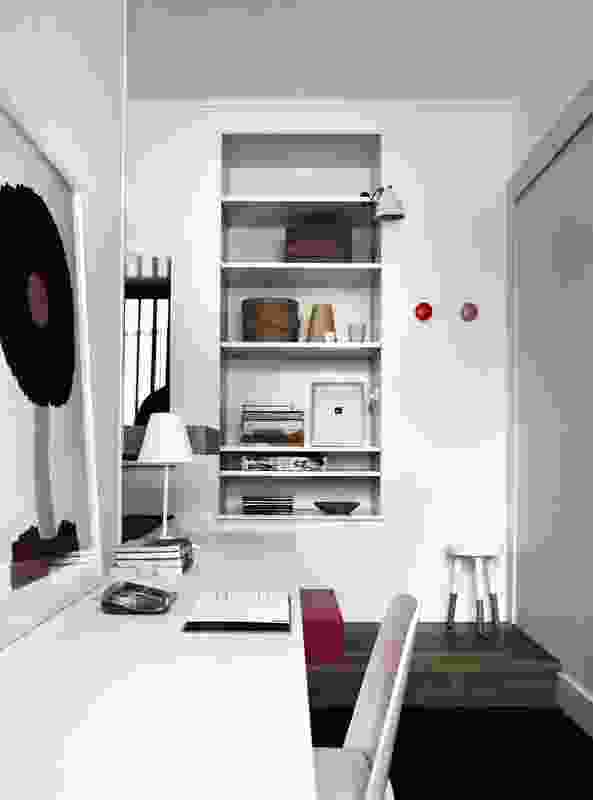 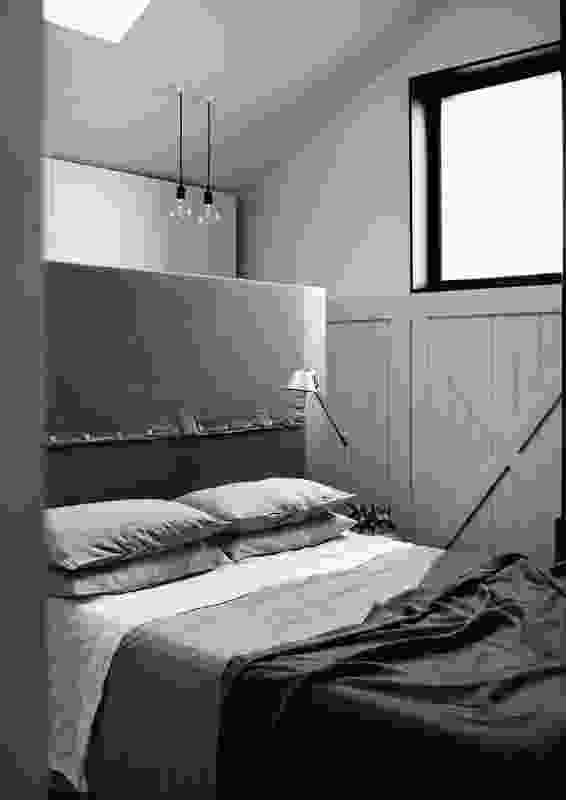 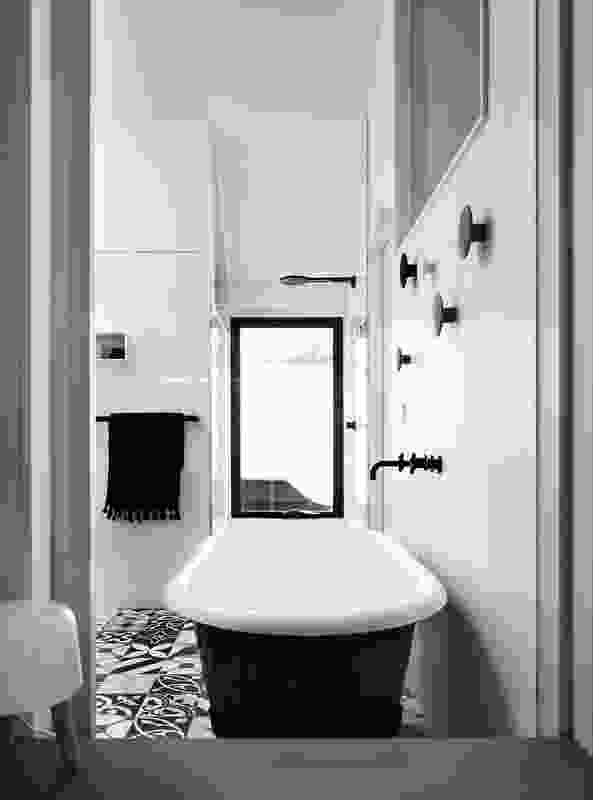 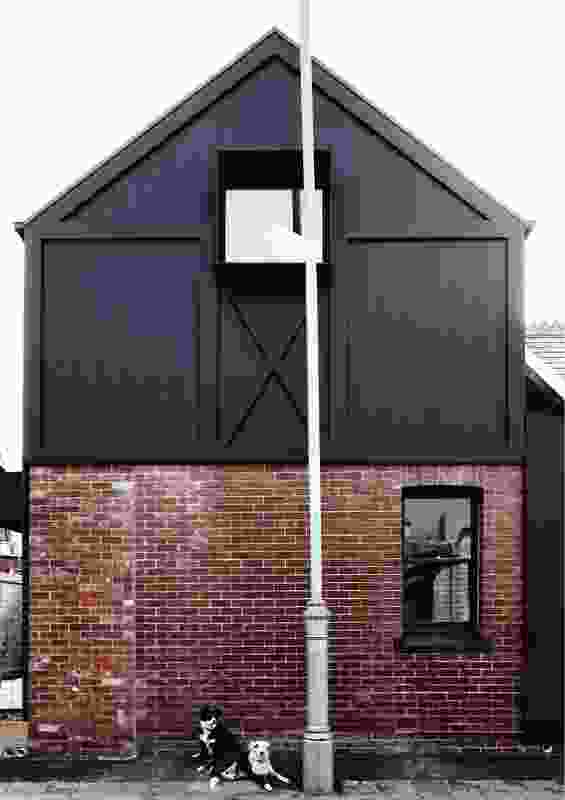 The two-storey extension is based on the way children draw houses.