The heritage-listed former East Perth Power Station is set to be transformed into “an iconic mixed-use waterfront precinct,” following the WA government’s announcement of the preferred proponents to develop the site.

Australian Capital Equity, the private investment arm of broadcaster Kerry Stokes and Minderoo Group, backed by mining magnate Andrew Forrest, were chosen from a shortlist of five proponents from a competitive process.

Located on the Swan River, the 8.5-hectare site will be transformed into a new residential, commercial, recreational and tourism precinct in the first stage of development over the next four years. Kerry Hill Architects has prepared concept designs for the proposed $218 million development.

The project will also include a variety of public spaces and a “living gallery” experience to showcase Aboriginal art as well as the state’s mining and resources industry.

The former East Perth Power Station occupies land that is significant to the local Whadjuk Noongar people. The state government says the traditional owners will be engaged with through Development WA’s Kaart Koort Waarnginy (Head Heart Talking) Framework. The development will also be named “Koomba Kalark,” which translates to “the place of the big fire.”

The development will also complement the nearby Optus Stadium designed by Hassell, Cox and HKS and Matagarup Bridge by Denton Corker Marshall.

WA premier Mark McGowan said, “This announcement marks a significant milestone in the revitalization of one of our iconic landmarks, the old East Perth Power Station. This kind of project has been talked about for years, and now it’s finally coming to fruition.”

The government has chipped in $50 million to prepare the site for development.

The East Perth Power Station has had a more than 100-year history and is one of the WA’s most significant industrial sites. It was constructed in 1916 and remained in continuous operation until 1968.

According the state heritage register, “the place is rare as a large-scale thermal power station retaining its plant and equipment, constructed prior to the end of World War One, being one of only two such places in Australia.”

It is also “a good example of a complex of utilitarian industrial structures, featuring distinctive interior spatial quality in the station turbine rooms with some Art Deco detailing.”

In February 2008, the then Labor state government announced plans to transform the site into a $500 million museum, similar to the Powerhouse Museum in Sydney and Tate Modern in London. Later that year following the state election the new government led by Liberal premier Colin Barnett abandoned the plan and instead chose to build a new museum at the site of the existing WA Museum in Northbridge.

In 2015, the state government sought expressions of interest to develop the site into “an iconic, mixed-use waterfront destination.”

A number of proposals emerged, including proposals to turn the former power station into a farmers market, a World Trade Centre as well as Hassell-designed concept to create an art gallery and performance hall. That design, inspired by the jagged cliffs of the WA coastline, sought to create a building of rotating and shifting plank. Hassell received an award from the Chicago Athenaeum Museum of Architecture and Design in 2016 for the unbuilt project. 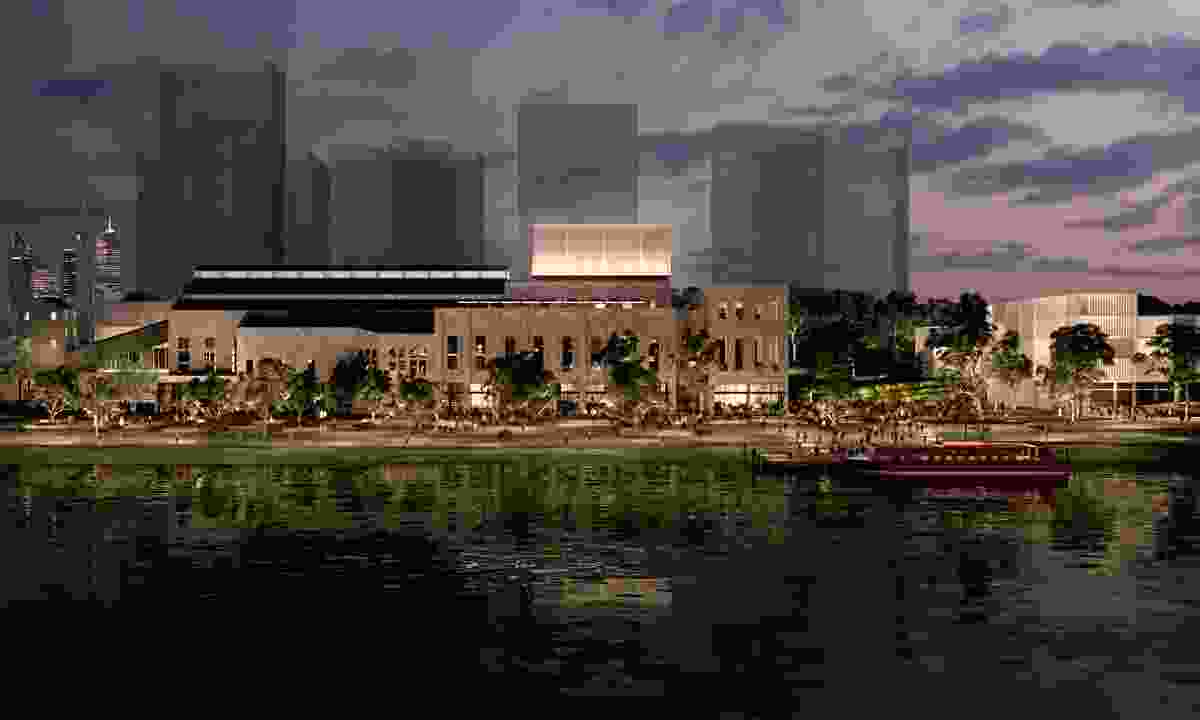 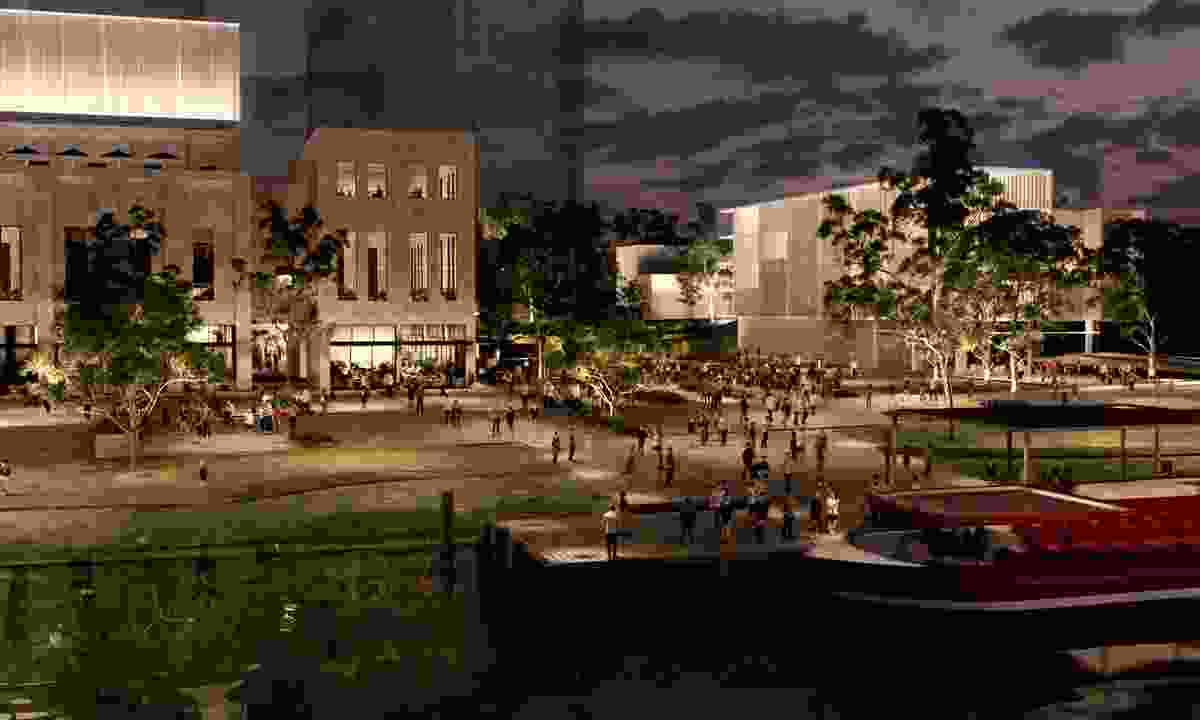 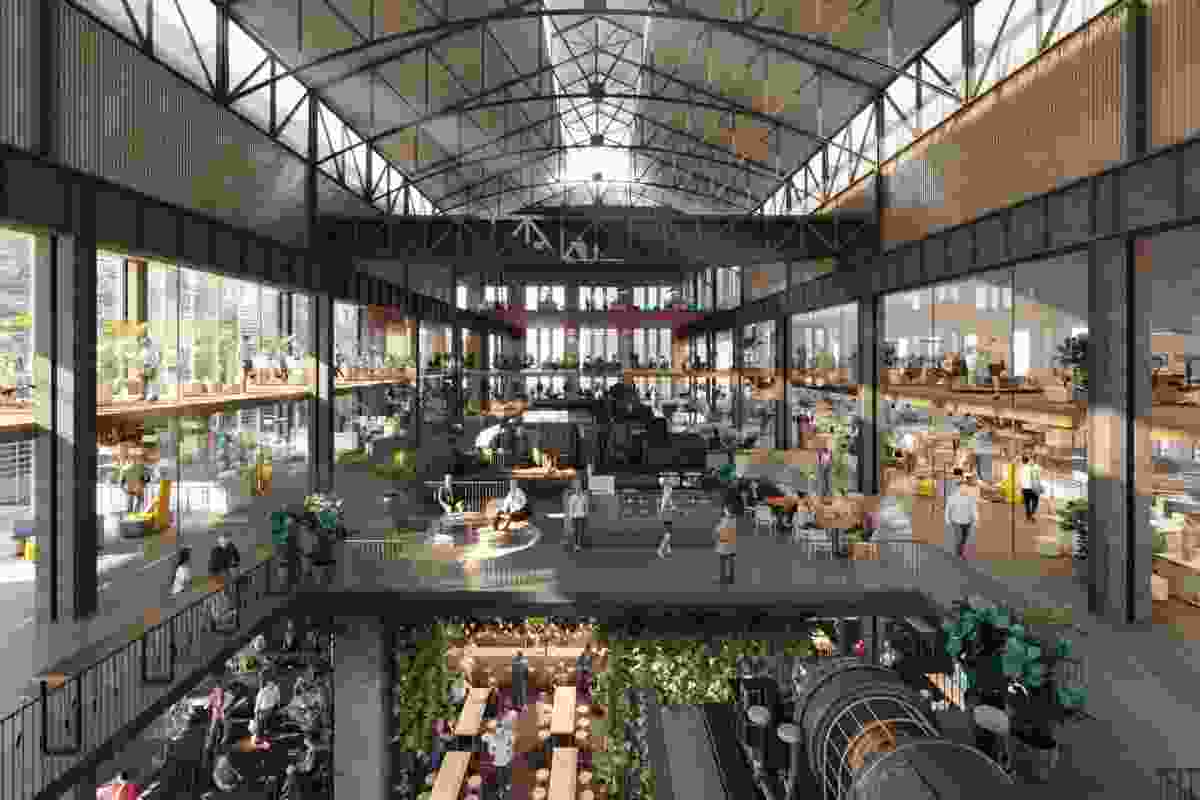