The Rice House, designed by Australian modernist architect Kevin Borland, has been listed for sale by the Rice estate. The house was built in 1953, the first of his houses to be completed.

“Borland’s Rice House was a spectacular early design and something of an icon of the times,” wrote Conrad Hamann in the 2006 book Kevin Borland: Architecture from the Heart.

The house was commissioned by Harrie and Lorna Rice in 1951 when they met Borland through The Age RVIA Small Homes Service. Borland had recently graduated and returned from Sydney, where he was good friends with Harry Seidler – he was even present briefly on the night, in 1950, when Seidler painted the mural at the Rose Seidler House.

The Rice House was added to the Victorian Heritage Register in 2006, due to “Borland’s innovative and experimental design.”

Sited on the ridge of a hill in Eltham in Melbourne’s north-east, the house is conceived as a tent-like encampment consisting of two structures – a main house and a secondary structure that was originally a garage and studio. It was constructed using a method known as the ctesiphon system, which formed a series of catenary arches.

“Borland had read in the English magazine Architectural Review of a British engineer’s adaptation of an Italian method of forming thin shelled concrete vaults by spraying cement over chicken wire reinforcing suspended on formwork,” Hamann wrote.

Only three buildings in Victoria were constructed using this method. The Rice House is the “first and most intact example of the use of the ctesiphon system of construction in Victoria,” reads the Victorian Heritage Register’s statement of significance. The other remaining example is the Wood House and Supermarket designed by Robin Boyd in 1952, which has since been substantially altered. A third building, the Bellfield Community Centre, designed by Kevin Borland and Peter McIntyre in 1953, has been demolished.

“The Rice House is an outstanding example of the post-war period of experimentation in domestic architecture in Melbourne that was an outcome of late-Modernism coupled with the post-war shortage of regular building materials that saw the development of a recognizable Melbourne regional style of architecture,” the statement of significance reads.

Owner Harrie Rice wrote in a reflection of his house published in Kevin Borland: Architecture from the Heart, “Life in our experimental house was exciting in unexpected ways.” He recalled an incident when, on advice from the manufacturers of the waterproof paint, he set fire to the second coat, which had “exploded briefly in flames” and caused a “great black mushroom cloud [to] race up into the sky.”

The main house consists of four arches sitting atop brick and concrete walls. A suspended, draped concrete-covered walkway originally linked the two buildings, but it collapsed in the 1980s. In 1973, Borland was commissioned to convert the garage and studio into a self-contained unit for the couple’s two children, and to design a flat-roofed extension at the rear of the main house containing a carport and kitchen extension.

“The site and the house experience remarkable changes in light, both seasonally and in the passage of the sun and clouds through the day,” Hamann wrote. “The overall form of the Rice House gave it an immediate sense of structural freedom and boldness that was thoroughly exotic.”

Harrie Rice remembered his first meeting with Borland at the Small Homes Service. “He was brimming with infectious enthusiasm […] as we flicked through the many reference books [and] pictures of buildings by Frank Lloyd Wright, Le Corbusier, Walter Gropius and Mies van der Rohe,” Rice wrote.

“Meeting and getting to know Kevin Borland influenced my life in many ways. Because of Kevin, modern architecture became a passion for me […] Kevin is responsible for lighting my fire.”

Following the Rice House, Borland went on to design influential projects such as the Preshil Junior School Hall (1962). In collaboration with architect Daryl Jackson, he designed the Olympic Swimming Stadium (1956) and Harold Holt Memorial Swim Centre (1969), which is Victoria’s most notable example of Brutalist architecture.

Expressions of interest in the sale of the Rice House close 5pm, 15 July 2016. For details, click here. 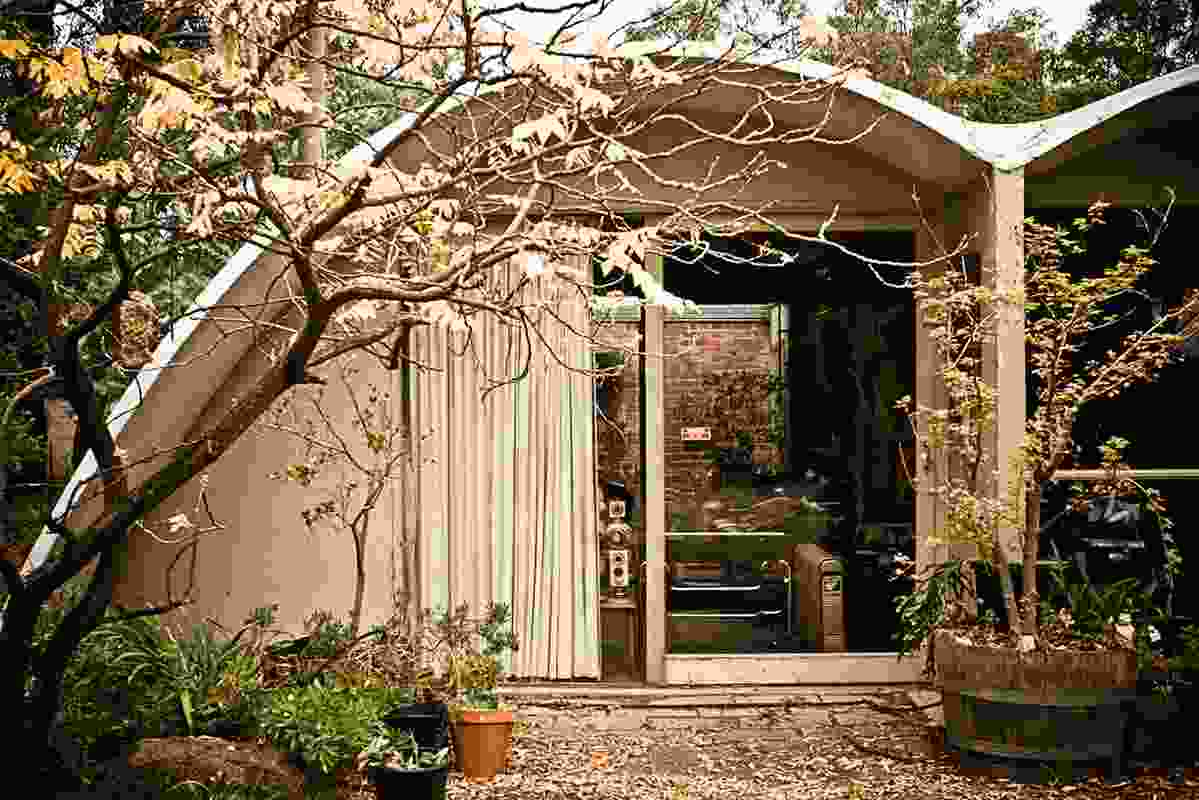 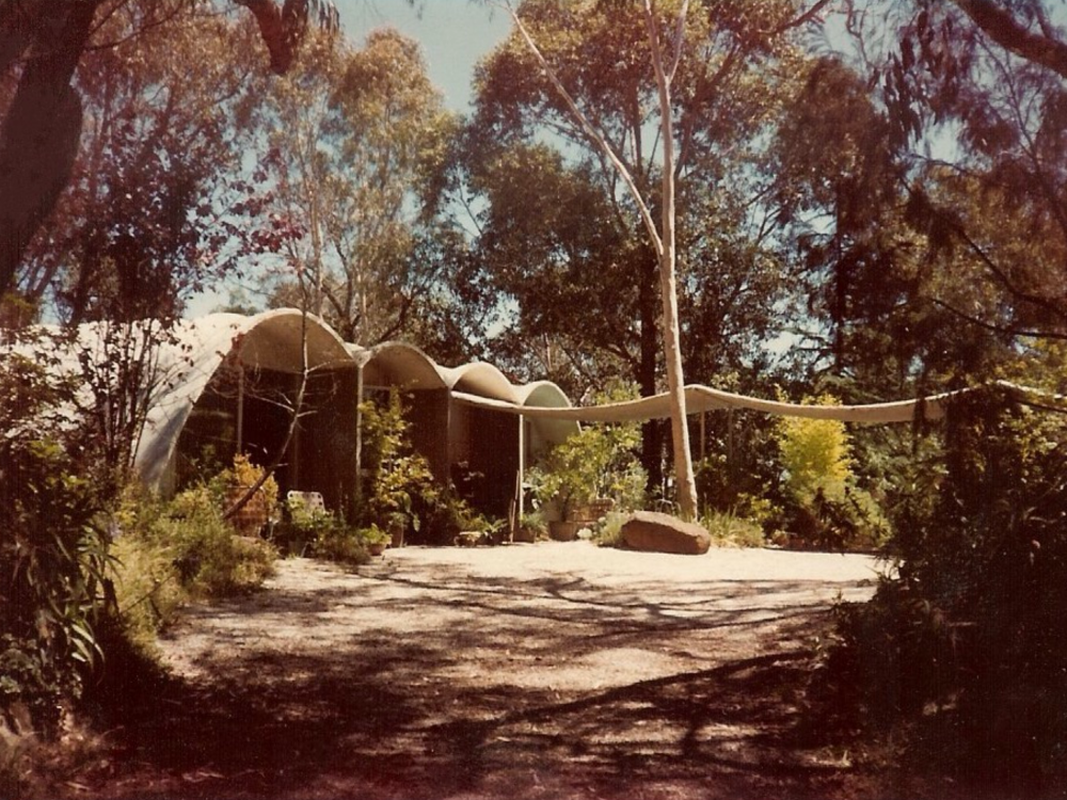 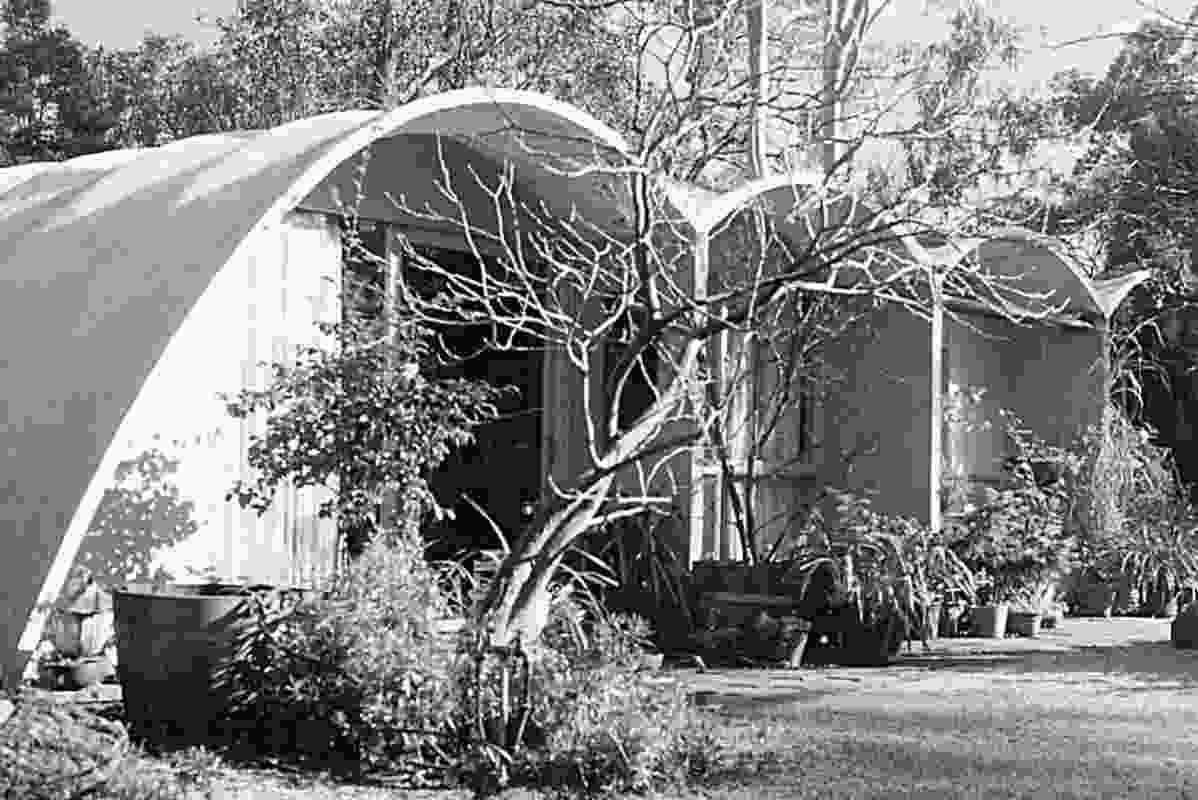 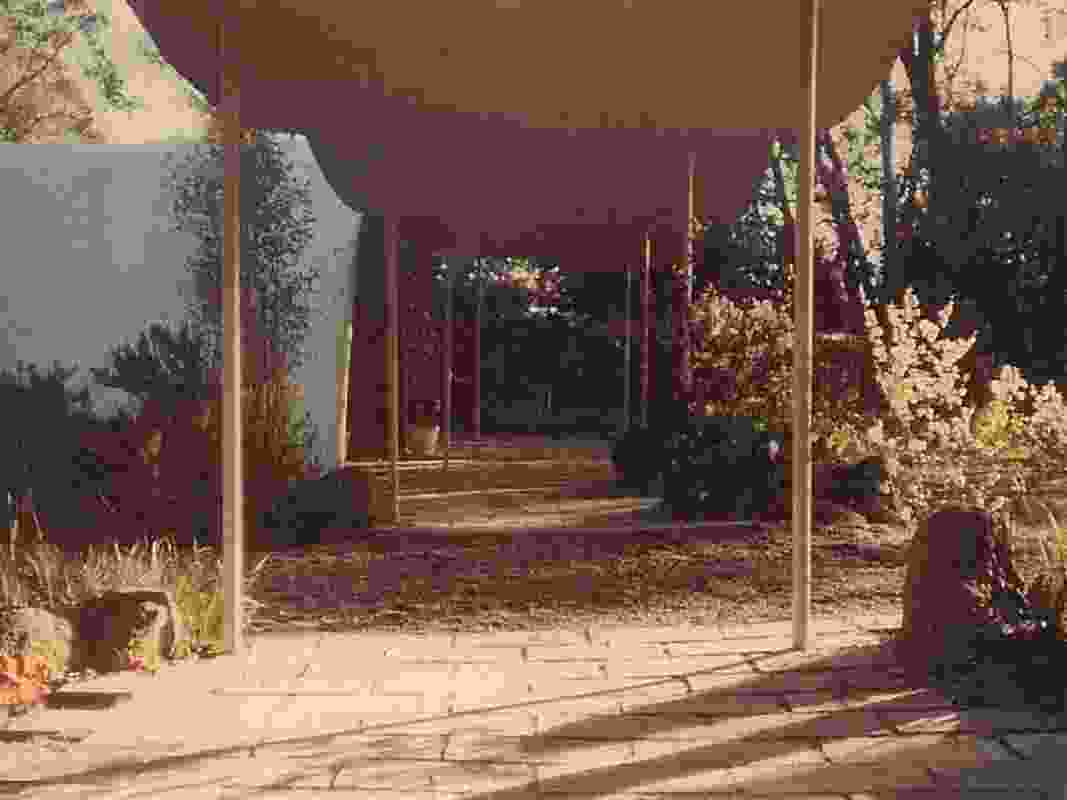 The suspended, draped concrete-covered walkway at the Rice House by Kevin Borland (1952–53). 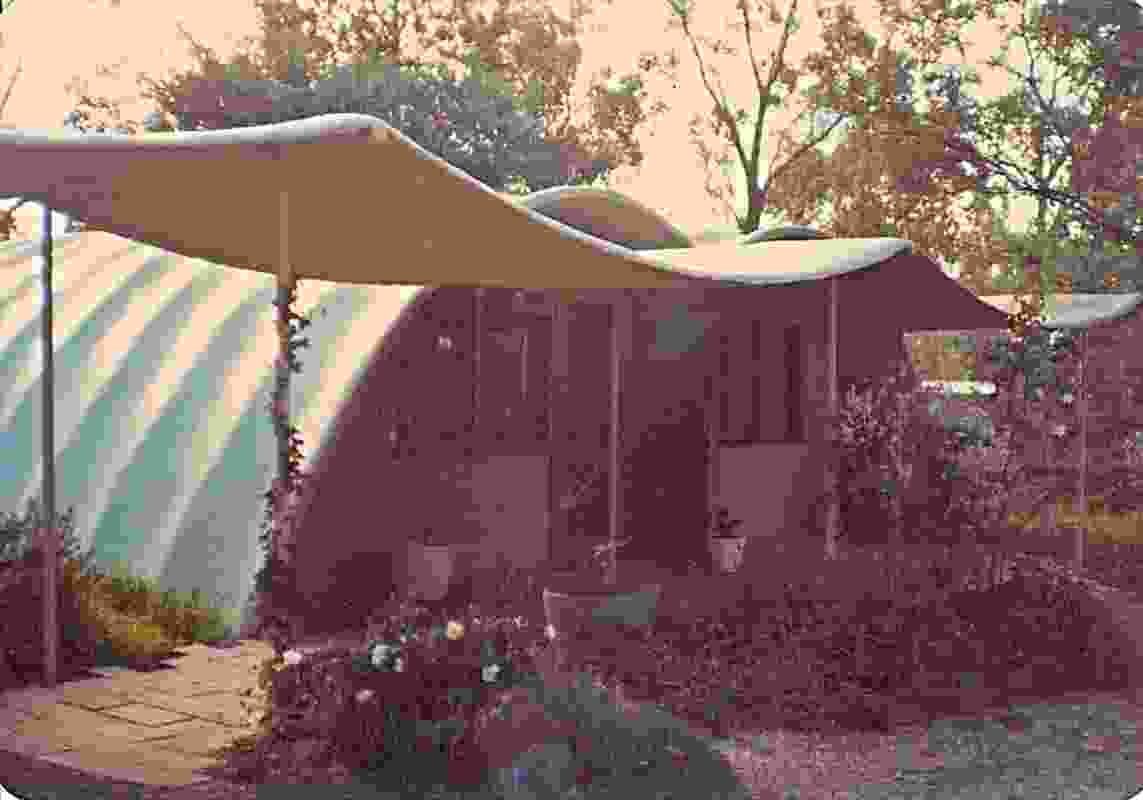 The secondary structure at the Rice House by Kevin Borland (1952–53). 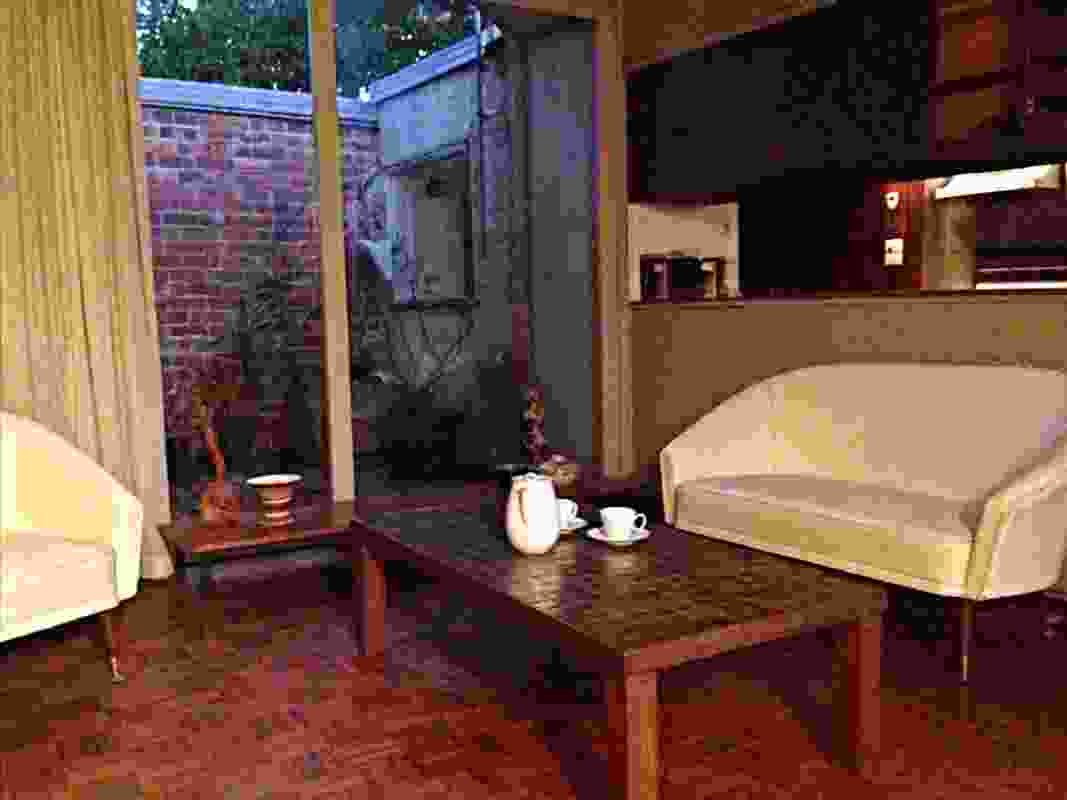 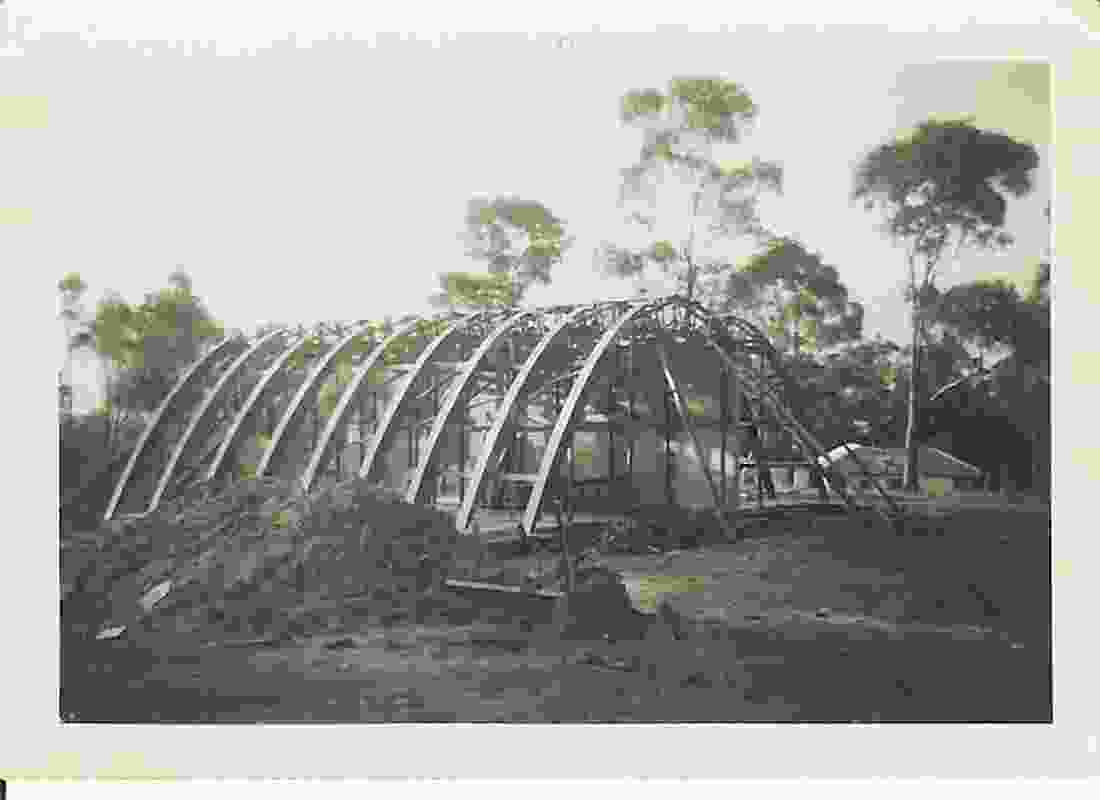 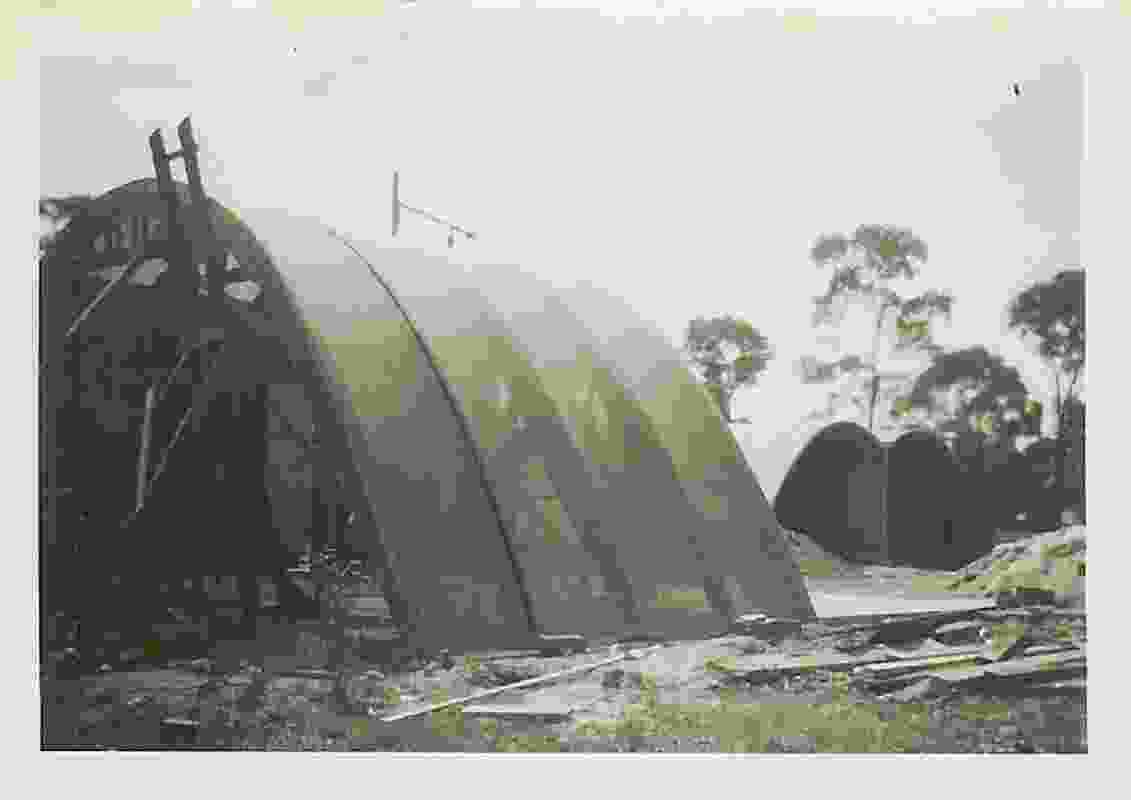 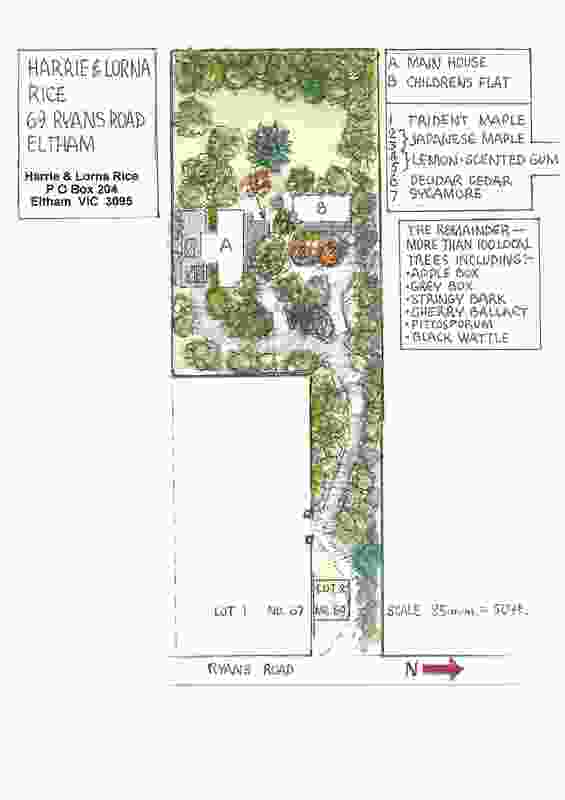