A visit to the public plazas of Flores & Prats Architects in Barcelona, Spain.

Signs of ownership of Flores & Prats Building 111 by its younger residents.

I’d hoped to go unnoticed by the many locals gathered at Plaza Nicaragua as I wandered around taking photos and making notes. I lowered my camera just in time to see a dusty soccer ball skidding towards me. Eek! Not having any talent for sport, I hesitated but caught myself in time to block the ball and kick it. The ball flew back towards the group of grinning Catalan children, receiving a generous applause.

The public plazas in Barcelona designed by local architects Ricardo Flores and Eva Prats are full of opportunities like these, for strangers to be welcomed and for locals to bond. Through my visits I learnt that it is the subtleties of the architects’ designs that enhances the day-to-day human experience, enabled by a deep understanding of the Catalan people and their traditions.

I visited the plazas with the architects themselves, who were keen to revisit their projects and to see how they were performing years down the track. As we wound our way through Plaza Pio XII, Fabra and Coats Gardens and on to Building 111, a social housing project in Terrassa, Ricardo and Eva spoke passionately of Barcelona: its history, its building materials and traditions, and of the Catalan people themselves.

It is clear that Flores & Prats do their homework; they take the time to observe and to understand the site in its urban context before asking the question, “What does it need?”

The existing urban condition of Plaza Pio XII was one of exposure, with a large low-income apartment located on the edge of the city looking out to flatlands. The entrances to the apartment building were unprotected. The park itself was separated by a service road, which made it both difficult for children to access and popular with local drug-dealers.

The architects’ response was to connect the apartment building with the park by turning the road into a pedestrian space, one that is in turn separated from the park by a tall steel pergola, woven with a flowering wisteria vine. This simple gesture has had numerous effects: on an urban scale, the pergola mediates between the tall blank façade of the apartment building and the surrounding flatlands; it provides an open-air vestibule to the apartments, and for the park-goers the pergola provides a leafy pathway with the option of resting in the shade.

Flores & Prats use familiar urban materials to stitch public space into its surroundings.

At the Fabra and Coats Gardens, in Barcelona’s industrial town Sant Andreu, the architects re-used bricks from a former incarnation of the site. Never cutting the bricks as a rule, they used the bricks as pavers, arranging them in a curved ripple pattern that echoes the line of a derelict brick wall. Old timber railway sleepers, commonly found edging planter beds on the surrounding streets, were re-used in the new garden as seating, the timber left untreated and weathered. The arched pergola is another familiar object re-presented in an unusual way; the arches are made from common steel sections, used throughout Barcelona as street lighting, elegantly tapered towards the end so that the arch appears to thin out and dissolve into the vines that weave around it.

We drove to the new housing district of Barcelona’s outer suburb, Terrassa, stepping out into the boiling summer sun and the chaos of a street foam party, children squealing to the chorus of a booming pop song: “I don’t care, I love it!” It was sweet relief to enter the cool, quiet and leafy courtyard of Flores & Prats’ Building 111.

Looking around, I was reminded of the public garden of the Biblioteca de Catalunya, in the old town, El Raval, that my husband and I had discovered the day before. A classical courtyard garden surrounded by a sandstone colonnade with many discreet entrances, a perfect place to read a library book under the shade of the trees, near the central fountain. And in fact, Ricardo and Eva use the traditional courtyard plaza to describe the Building 111 courtyard; it is a place with multiple entrance points, offering a variety of pathways between the courtyard entry and the private home, a platform for social interaction between the neighbours.

The private apartments are strategically arranged with their social spaces (living and dining areas) facing onto the communal courtyard, enabling residents to step onto their balconies to wave to a neighbour or watch the kids playing in the courtyard below.

When Building 111 was completed and residents moved in, Flores & Prats led a group of architecture students from the Polytechnic University of Catalonia, conducting interviews with the residents, seeking their thoughts on the building and how it performed for them. Eva told me the greatest discovery was that the building did help the neighbours to form friendships that enabled them, as low income earners, to assist each other: with child-minding, joint grocery shopping or by sharing a meal.

On multiple occasions during our visits, Ricardo and Eva paused to introduce themselves to the locals and to enquire about their opinion of the plaza in question. As I stood by, listening to the fast-paced Catalan dialogue and watching the small groups’ smiles and swirling hand movements, I marvelled at the architects’ humility and their passion for the people that encounter their projects, their genuine hope that in some way
their work enriches the daily lives of the people that use them. And from the smiles, laughter and the easiness of the people, I think they do. 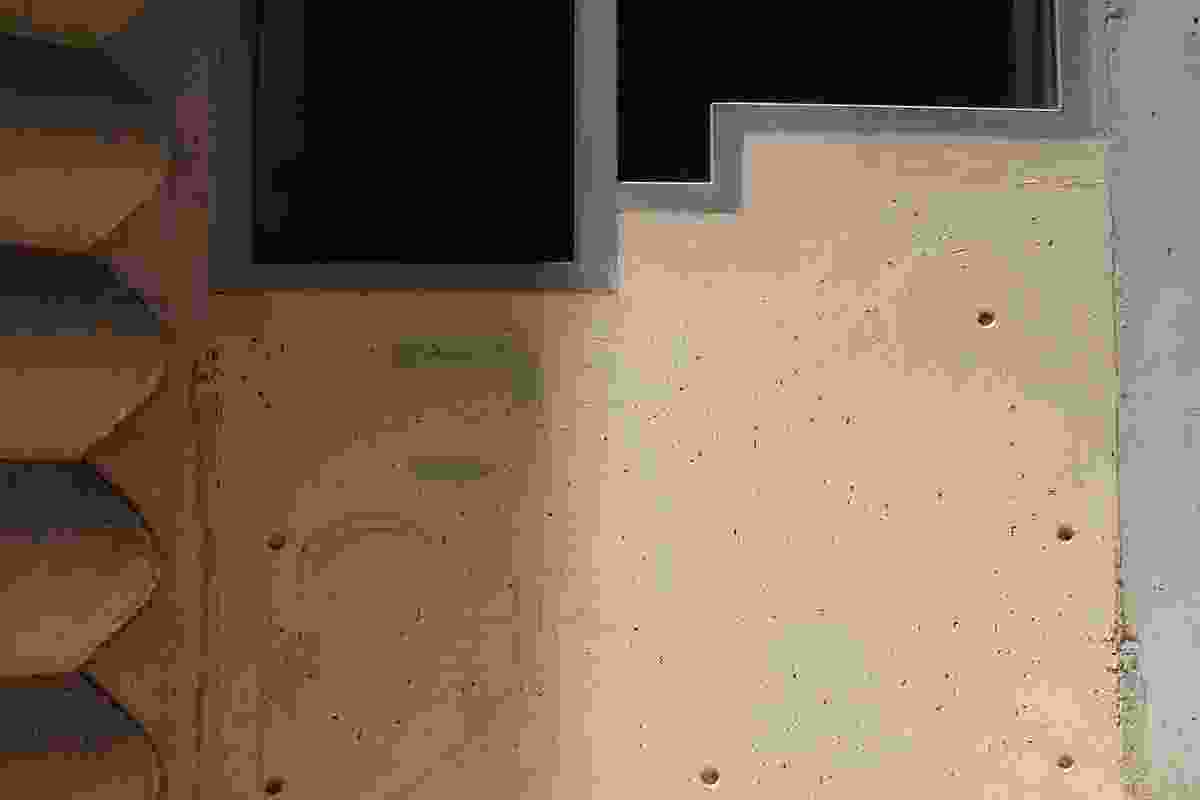 Signs of ownership of Flores & Prats Building 111 by its younger residents. 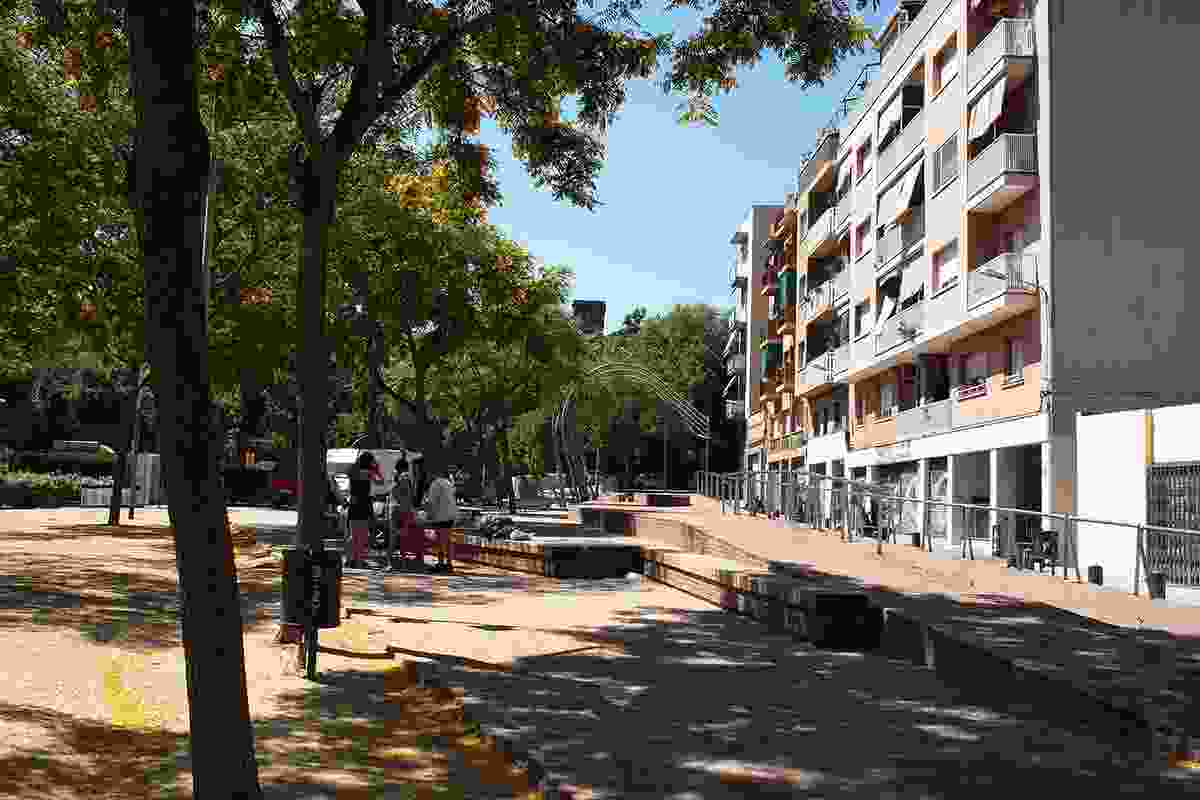 The arched steel pergolas at Flores & Prats’ Fabra and Coats Gardens echo the form of an old brick wall that has since been demolished. 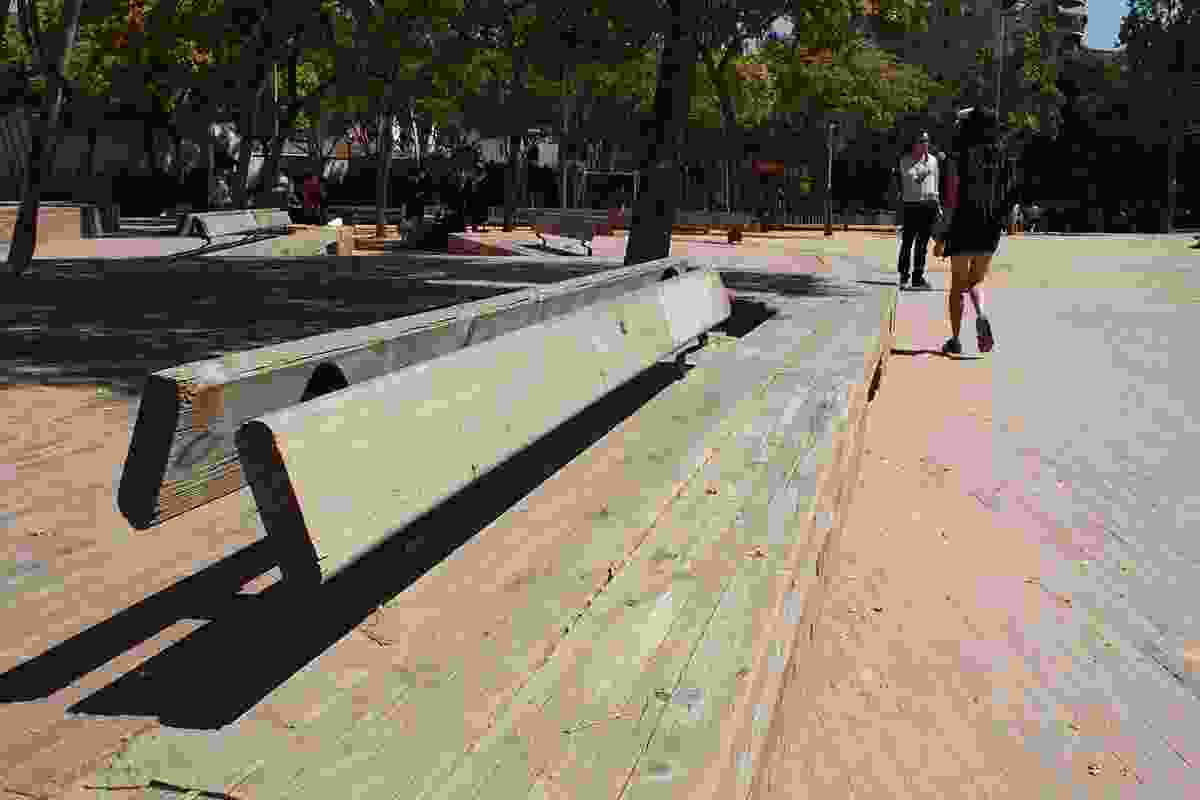 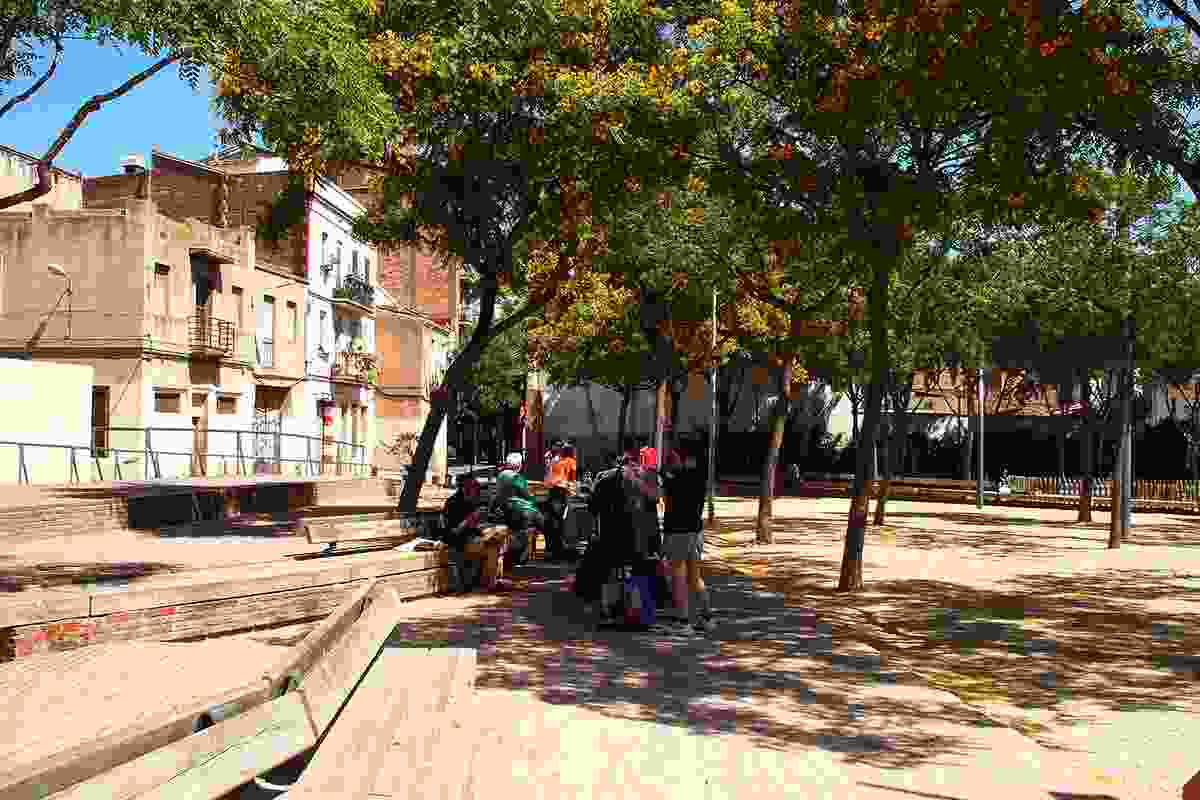 An impromptu market held in the shade of the acacia trees at Flores & Prats’ Fabra and Coats Gardens. 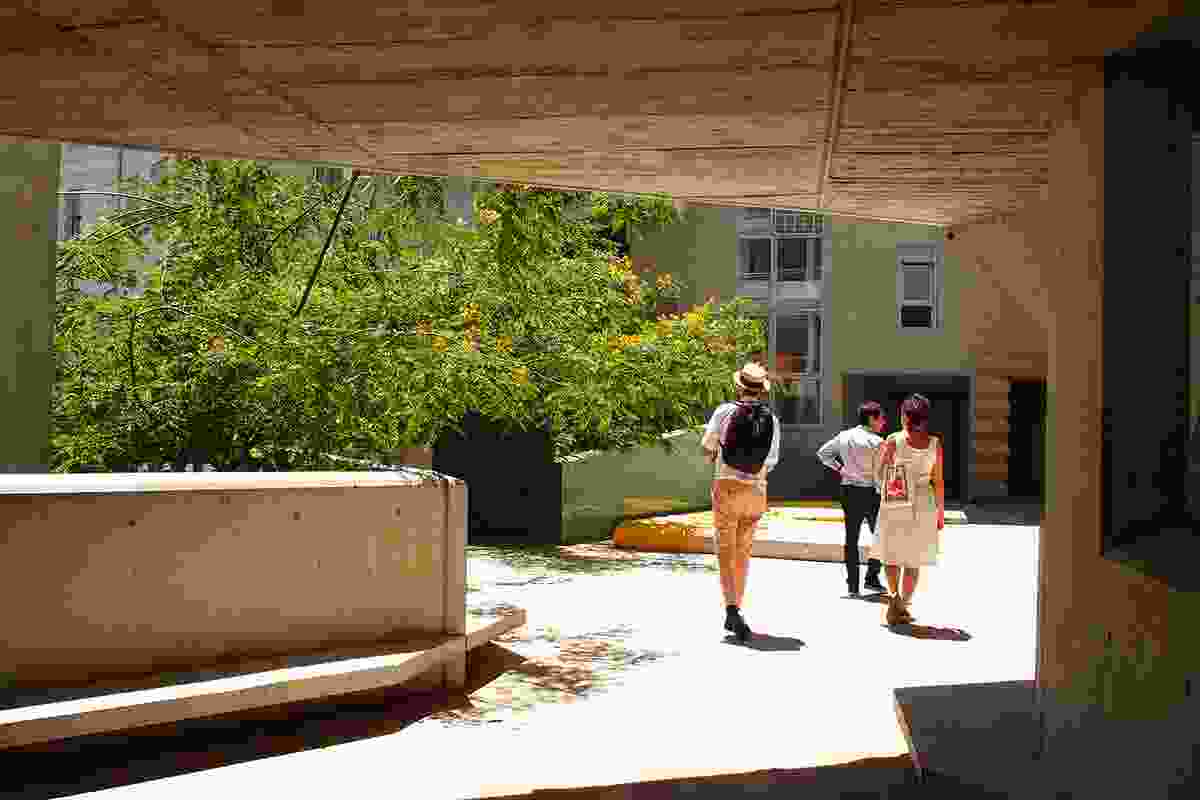