The south-west entry facade articulates the two main functions of chancery and residence.

One of the extraordinary achievements of Finnish culture since the middle of the 20th century is the continuing respect for thoughtfully considered architecture. This is partly because of the success, over 100 years, of a carefully maintained competition policy, which has supported a thoughtful modern architecture that resists the worst of global material culture. Competitions in Australia, regrettably, have a very different history, and have frequently led to less satisfactory results.

A long layered glass and stainless steel box, the new embassy runs through the centre of the site in a direct orientation to Black Mountain. The design embodies references to the architecture of ships, as the building also serves as a memorial to the sinking during the Second World War of the Ilmarinen. Annual remembrance of this event in Finland is not dissimilar to our celebration of Anzac Day. The ship is named after a mythical blacksmith from the Kalevala, the Finnish national epic. Analogically, ship and steel imagery inform the design – the wharf-like timber deck at the entrance, the selected use of timber cladding and steel I-beams, and the stainless steel panelling to the north-eastern face. An upper deck separates the residence from the offices, and from here a “gang-plank” leads to the sauna in the garden.

The internal spaces are characterised by a beautiful exploration of the reflective and transparent qualities of glass. Indeed, despite the necessary provision of secure facilities (and the constraints resulting from this and other aspects of the brief), “transparency” is one of the dominant themes of the building. This theme, one of the hallmarks of modernism in the 20th century, indicates the influence of the Bauhaus in Finnish architectural traditions. Shimmering glass planes reinforce the linear experience of the building, and provide visual links between horizontal layers. The design of the offices means that there is only partial privacy between working areas, extending the experience of transparency within the building to its sociability. However, the use of glass in the floor of the offices against the outer wall, while interesting in its effects, seems an unnecessary “trick” in the context of the small offices. In the midst of these glimmering, open surfaces and spaces is a tall opaque form. Dark jarrah timber wraps the main internal stair, creating a box-within-a-box which articulates the layered spatial sequence as one moves vertically through the building.

The building is organised as a series of layers, allowing it to be read as several slender parallel forms. The approach to detailing continues this design intent through to every aspect of the building. Layers of glass, wood, concrete and steel are deployed as appropriate, with each thoughtfully executed in relation to other layers and other materials. The steel and concrete structure reinforces the gridded order, as does the open mesh that provides ceilings and bulkheads, through which services are revealed.

This rawness plays against the finesse of the timber joinery and gives the interiors a fresh edge. Some of the detailing is a puzzle, however. For example, the glass awning over the entrance is a questionable gesture. Useless against storm and tempest, it seems a little lost high up in the gods, causing problems of legibility with regard to the entrance. There is also the natural impulse to enter by slipping through the gap in the building between offices and residence, a desire reinforced by placing the coat of arms at this point. The interior detailing strategies may also be too rigidly applied in the new residence, where some departure from the office detailing, (and larger bedrooms) might surely be welcomed by anyone who has to live and work in the same environment.

The Embassy of Finland in Canberra is testament to the excellence of Finnish architectural traditions. The internal fit-out includes works by prominent Finnish design firms, including spun paper carpets by Ritva Puotila of Woodnotes, and the inflatable “globlow” floor lamp by the creative Scandinavian design team, Snowcrash. During the last century, Finland has reinvented itself as a highly sophisticated, socially urbane culture with the highest aspirations for design and for architecture. Australians could learn from this reinvention. 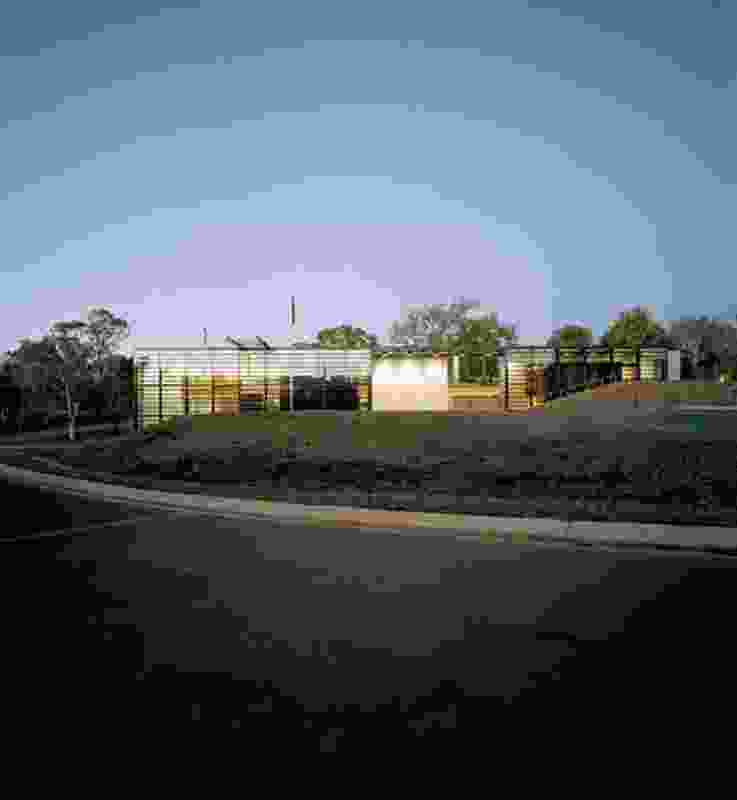 The south-west entry facade articulates the two main functions of chancery and residence. 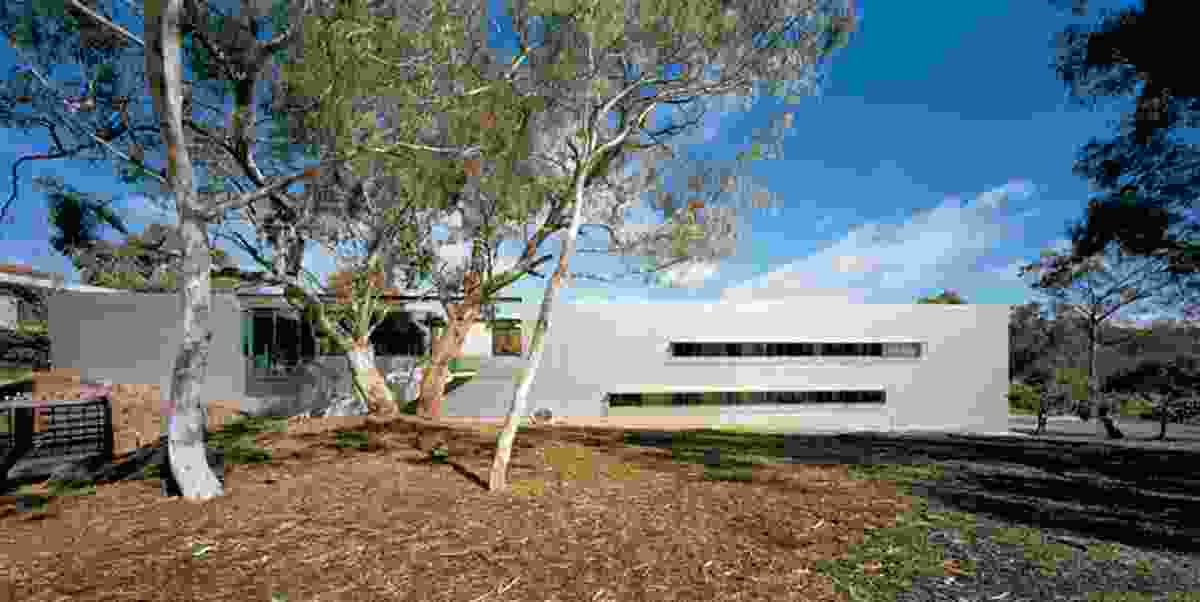 The ship-like aspect of the steel-clad northeast facade is one of a series of analogical references to the Ilmarinen. 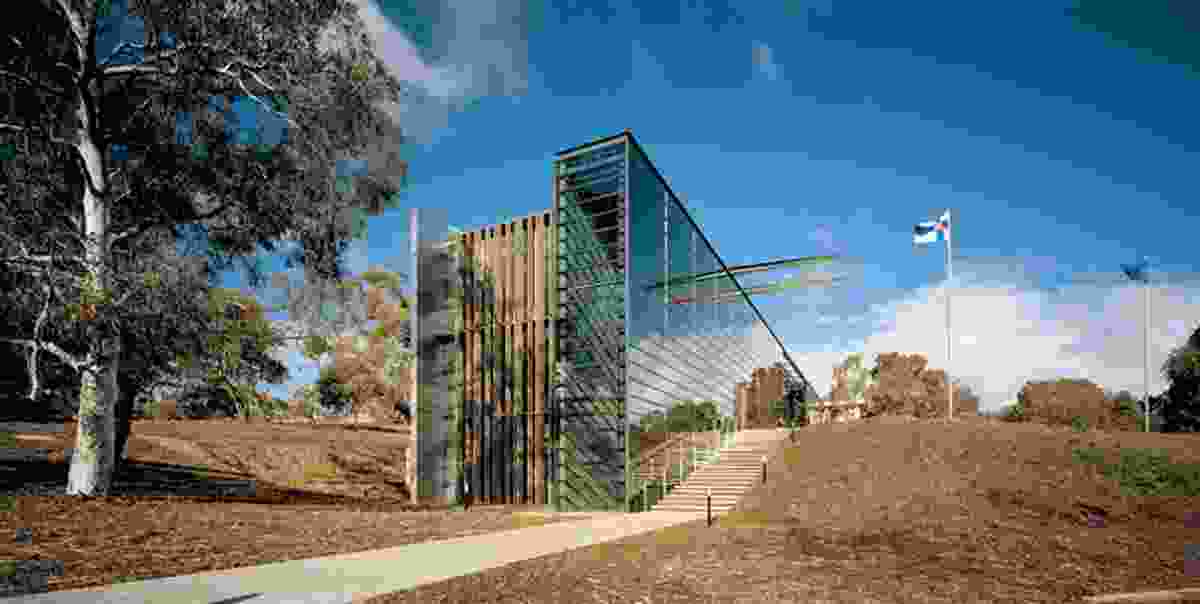 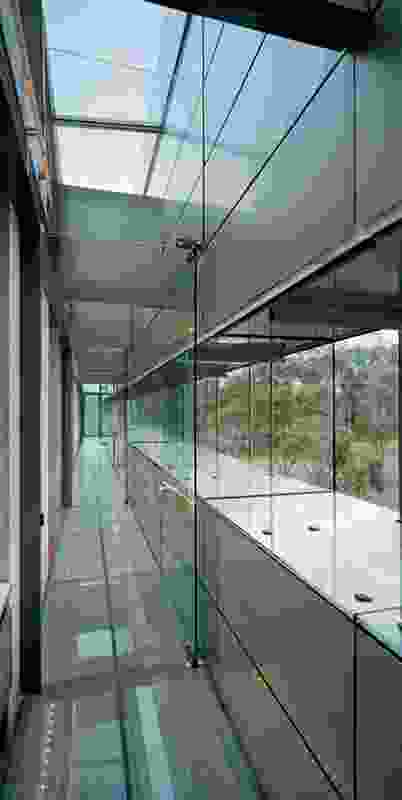 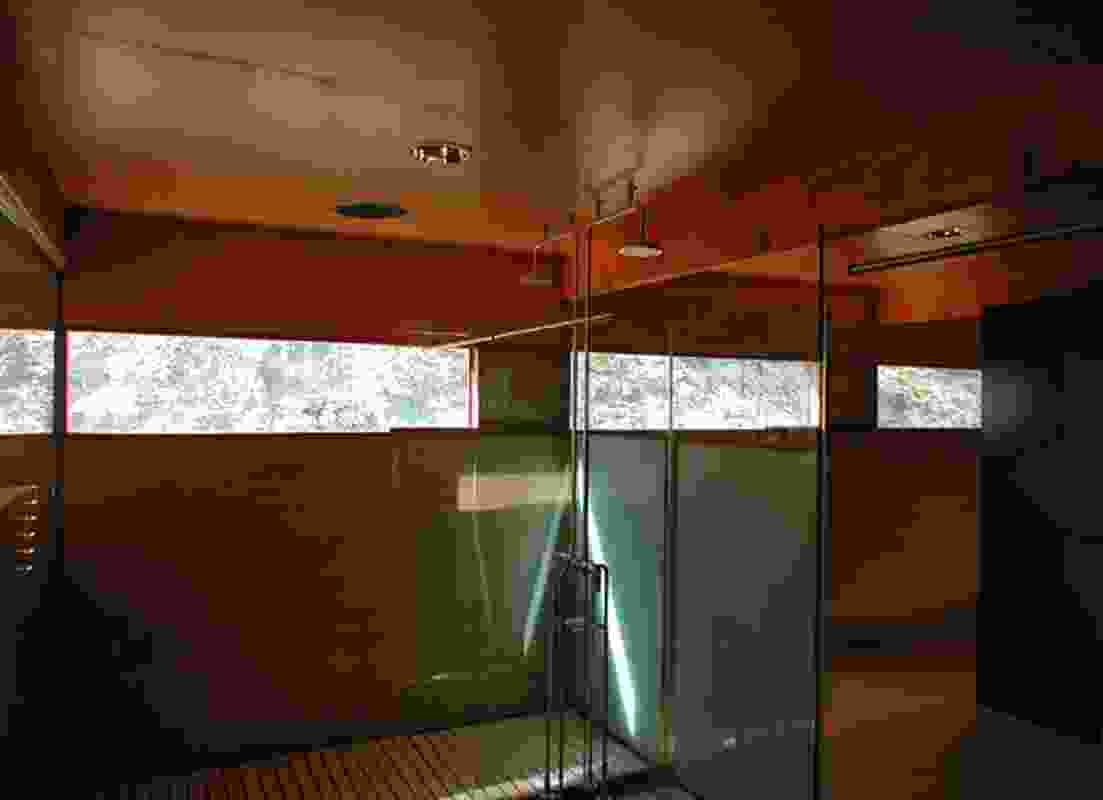 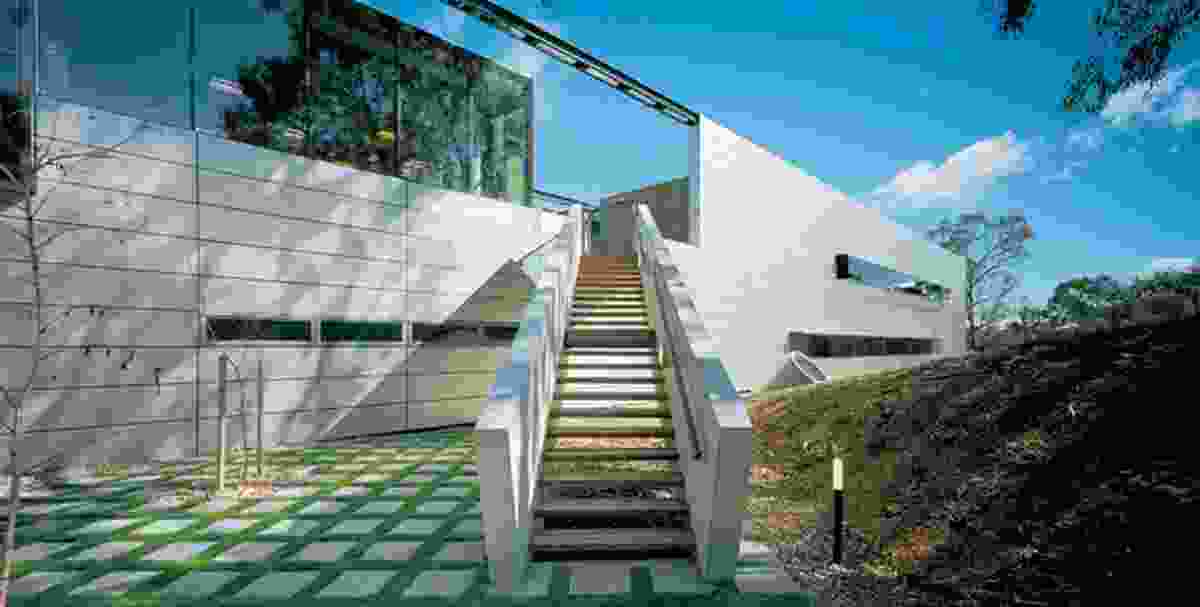 The “gangway” leading from the sauna to the upper deck separating the residence from the chancery. 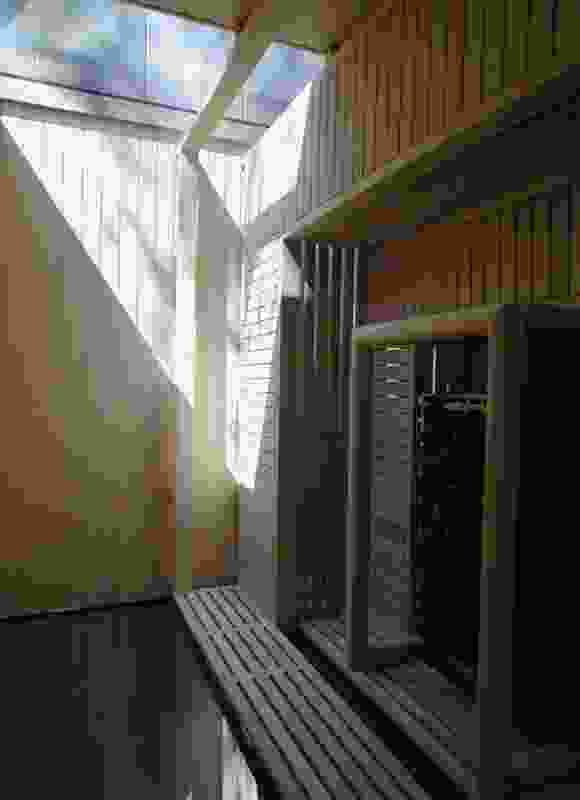 Interior of the separate sauna building. 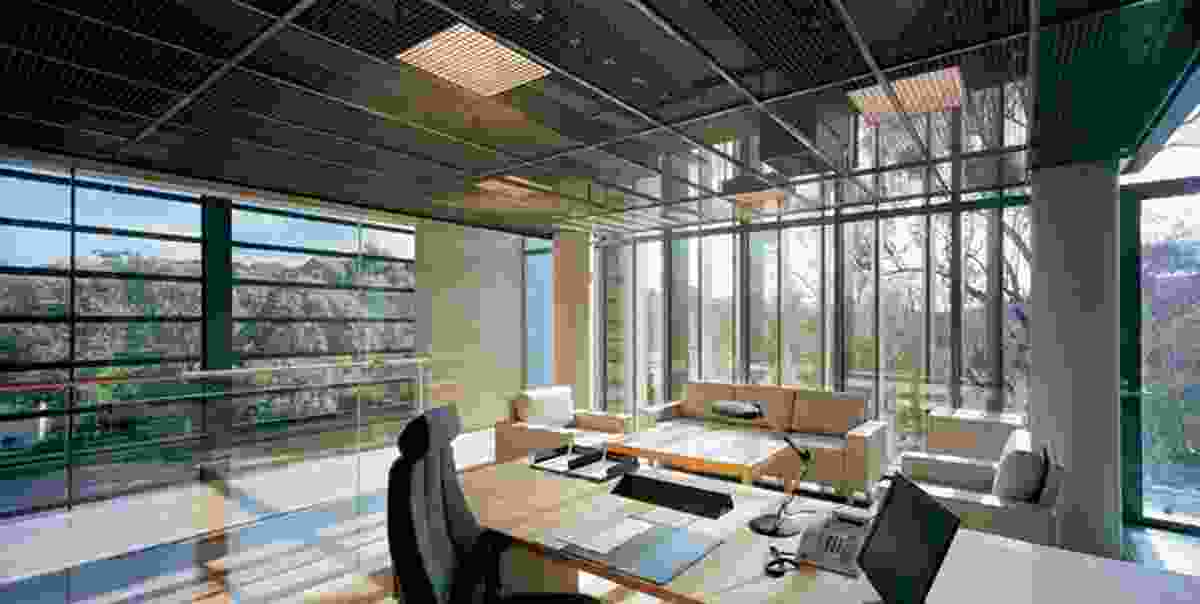 The Ambassador’s office at the front of the building with views over the adjacent parklands. 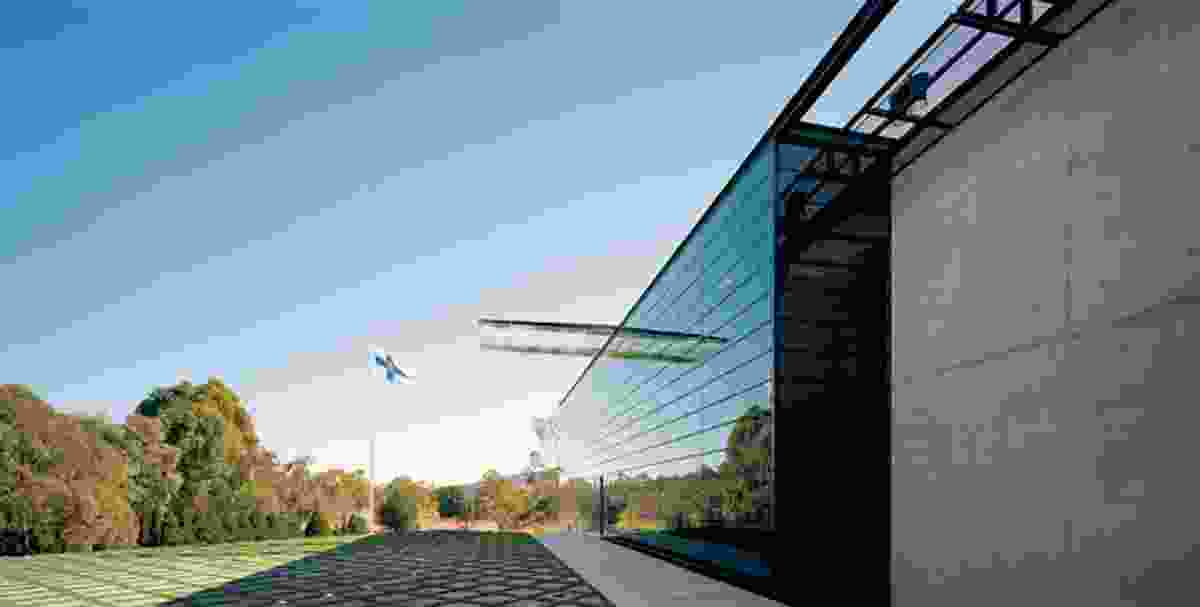 The glazed reflective wall, glass canopy and formal landscaping of the entry. 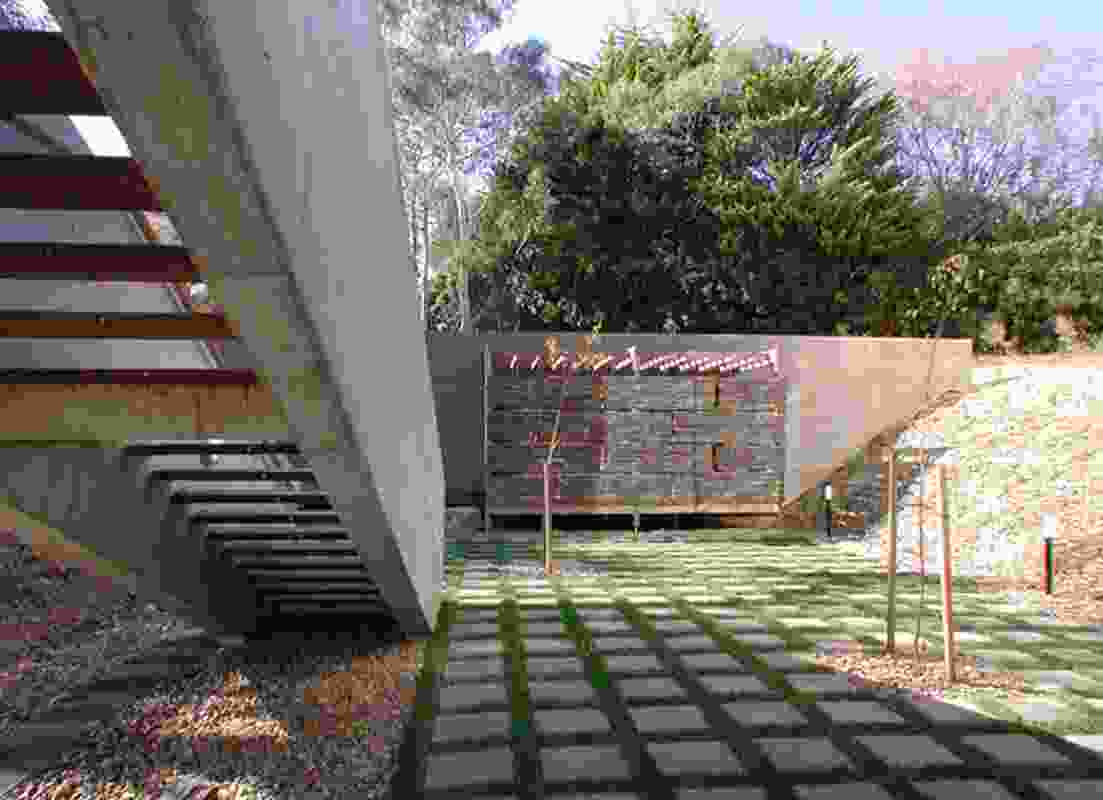 Looking across the courtyard to the screened sauna entance, partly buried in a bank. 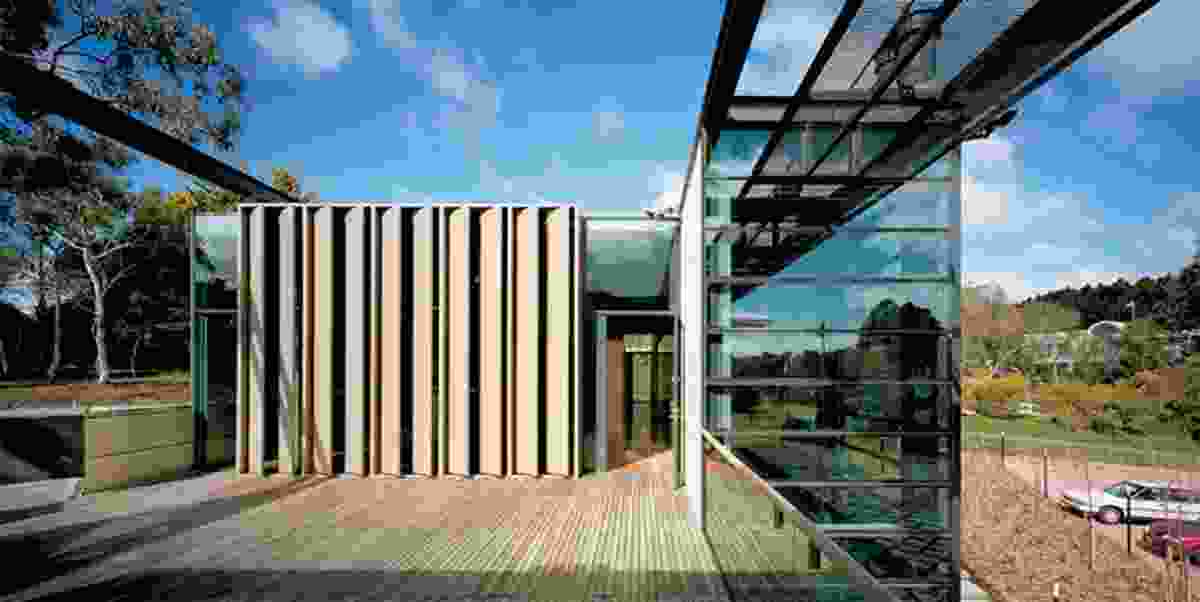 The facade of the counsellor’s accommodation, facing the upper deck, mirrors the principal public facade. 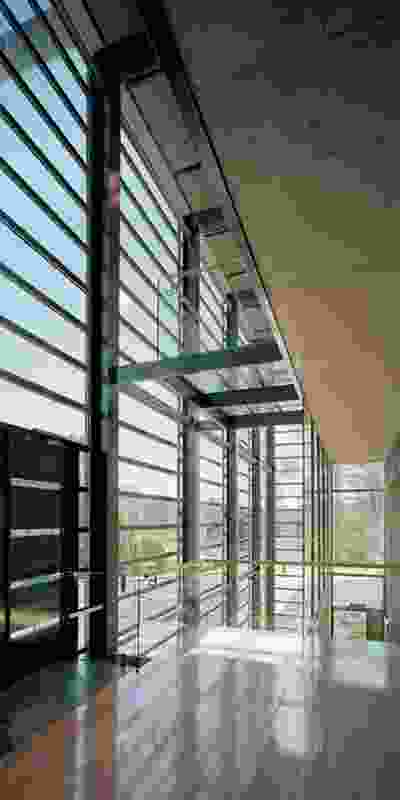 View from the reception area, over the triple-height function space to the landscape beyond. 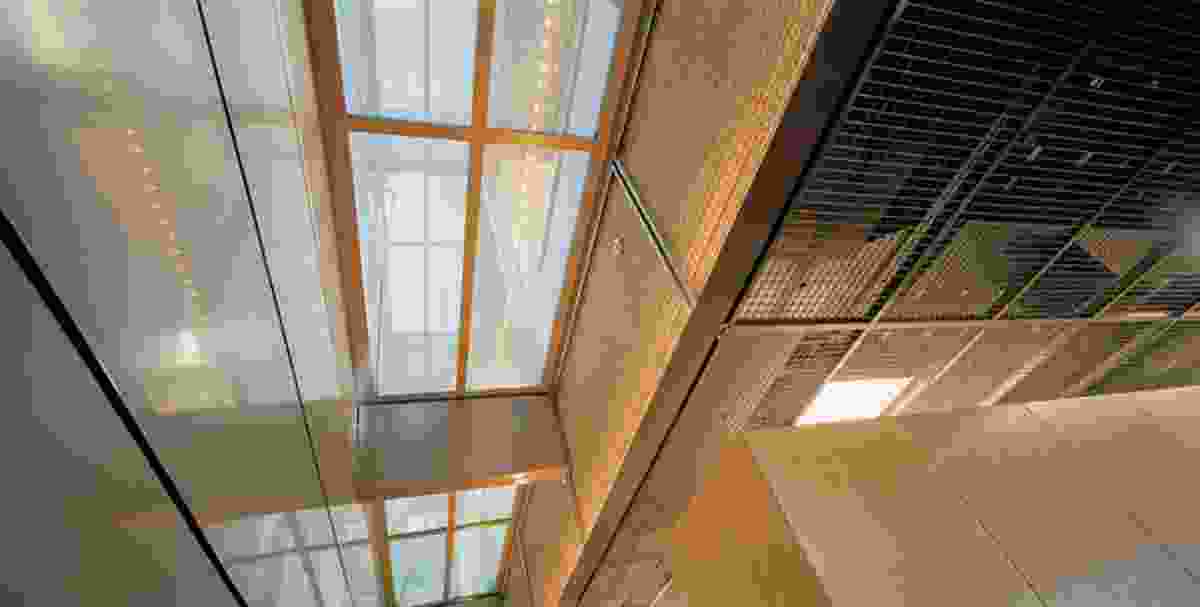