The competition-winning design for Frankston Railway Station by Genton Architecture.

The Victorian government has announced the winner of a competition to design the redevelopment of Frankston Railway Station in Melbourne’s south-east.

Genton Architecture’s proposal was unanimously chosen by a jury from 39 entries.

The winning design proposes a translucent canopy and screen that will create a defining feature for the station. The screen will be elevated above the platform and will allow natural light and ventilation to penetrate the space underneath.

“The main design concept is a light, ephemeral canopy that floats over a beach-like terrain,” Marc Debney, a director of Genton Architecture, told ArchitectureAU. “The overall feeling of the station is designed to be bright and filled with natural light.

“The canopy screen is intended to be permeable and translucent to allow air and light to penetrate into the station. To achieve this we are proposing to use a recyclable polycarbonate material, which will also give off a slight glow when lit at night and give the station a striking night time effect allowing it to be potentially changeable through different lighting conditions.”

The canopy will have two large circular openings: one will be a skylight placed above the main ticketing area, “to give commuters a view to the sky and a space lit by natural light at the main departure and arrival point of the station. [It will] hopefully transform a standard daily activity into an uplifting moment.”

A second opening will be placed above a large planter and seating area on the platform. “By bringing some greenery onto the platform, it will immediately evoke the sense of arrival at the coast for visitors and give the station a very different feeling to the standard metropolitan station.”

The elevated canopy will also allow a visual connection between both sides of the station: a retail and commercial precinct to the west and an education and recreation precinct to the east.

The materiality of the station will also draw inspiration from the coastal setting. Genton Architecture worked with McGregor Coxall in the final stage of the competition “to develop a selection of vegetation and paving treatments which reference the vegetation and colours of Frankston Beach,” Debney said. The station platform will be made using light concrete mixed with aggregates that reflect the warm, sandy tones of the landscape paving.

Victorian government architect Jill Garner, who chaired the jury, told the local newspaper, “It was important to the jury to find a design solution that responded to the particular nature of Frankston as a city by the sea,” she said.

“The winning design suggests a light and airy place embedded in an abstract beach landscape – it knits into the Young Street works while extending delightful coastal planting right onto platforms.”

The redevelopment of Frankston Railway Station is part of $63-million project to revitalize the station precinct, which will also include upgrades to Young Street between Wells and Beach Streets, a new bus exchange, wider footpaths, new landscaping and road improvements to reduce congestion.

Construction on the new station is expected begin later this year.

The national design competition was jointly conducted by the Office of the Victorian Government Architect (OVGA) and the Department of Economic Development, Jobs, Transport and Resources (DEDJTR). In December 2016, five teams were shortlisted by the jury, which included Luke Farrugia and Andrew Shaper, Grimshaw Architects, Cullinan Ivanov Partnership and Supermanouvre. 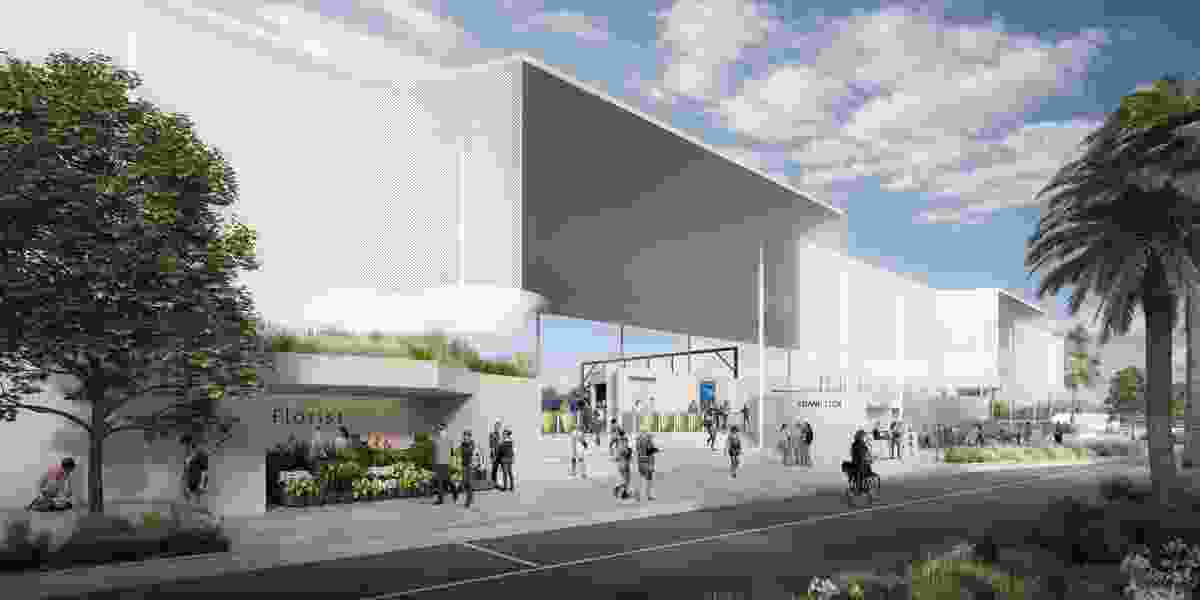 The competition-winning design for Frankston Railway Station by Genton Architecture. 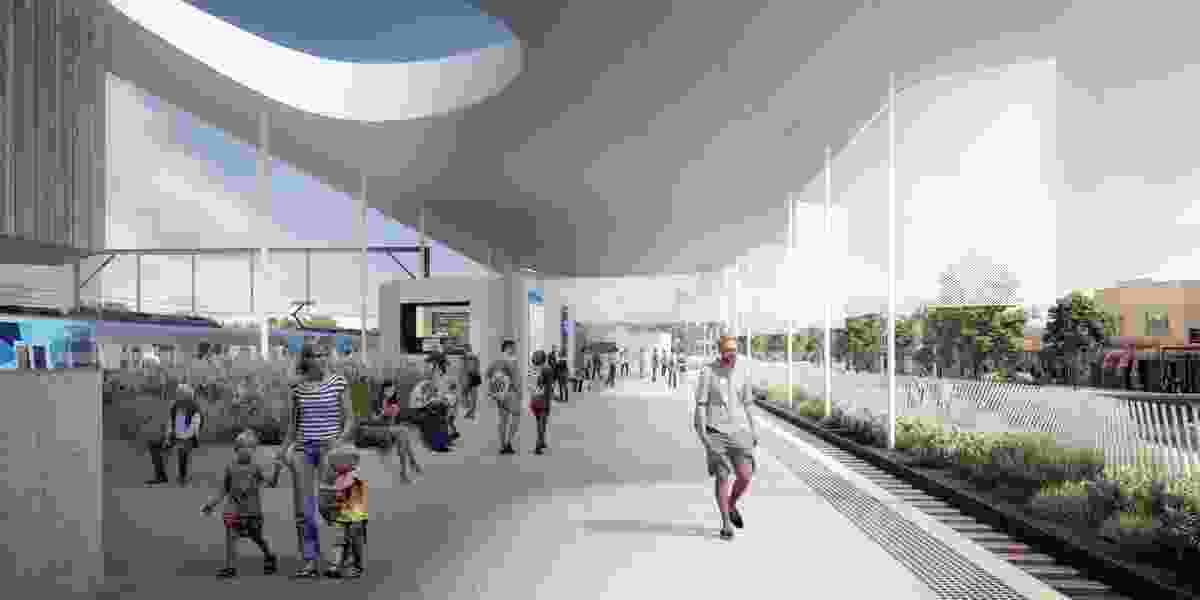 The competition-winning design for Frankston Railway Station by Genton Architecture features a large circular opening above the main ticketing area.

The elevated canopy of Genton Architecture’s design will be made from a recycled polycarbonate material.