Sixteen years after Bolles and Wilson first won an international design competition for the new Luxembourg National Library, the building has finally opened its doors to the public.

Designed by Australian Institute of Architects 2013 Gold Medallist Peter Wilson and Julia Bolles-Wilson, the building houses the national archives of the Grand Duchy of Luxembourg.

The building presents a transparent and conical facade and a “very dramatic concrete form” to the Avenue John F. Kennedy, a main thoroughfare in the city’s Kirchberg district. “The entrance is like a funnel,” said Peter Wilson in a lecture at Melbourne School of Design in July 2019. “It sucks people in.”

The building includes a foyer and cafe with an upper level conference and seminar rooms, a reading room, and “an ascending landscape of reading decks.”

The building’s principle component, the archive, is located within a secure core surrounded by the public spaces and forms a plateau for the large bookshelf area and reading deck. The building houses more than 1.8 million documents from books to DVD and audio material.

The archive is “encased in a bastion-like wrapping of stone-filled gabion cages.”

“Here, the whole history of Luxembourg is stored. If anything were to happen to it, they would have national ‘Alzheimer’s,’” Wilson said. “It had to be bomb proof, terrorist proof, etc. The placement of the archive was fundamental to the building organization.”

The building is clad in precast concrete panels with a patchwork of surface treatments: acid-washed and water- and sand-blasted. The cafe is clad in a “carpet of small marble stripes” in an abstraction of books.

Environmentally, the building is designed in a contrary approach to European convention.

“The conventional energy strategy in Europe is to pack the building with as much insulation as possible - [akin to] really thick overcoats so any heat you put in doesn’t get out,” Wilson explained.

“There are a lot of arguments against this strategy. Here we decided to use the thermal mass of the building to cool itself.”

“We have a system called night purging, where you open the windows at night, the cool air comes in and, with the chimney effect, it goes out through the skylights.”

The night purging also allow the archives at the core of the building to maintain a constant 18-degrees. Books retrieved from the archives are allowed to acclimatize for two days before the reader receives them.

Bolles and Wilson won the international design competition for the library in 2003. Construction on the building began in 2014.

Luxembourg National Library will be reviewed by Donald Bates in the January/February 2020 issue of Architecture Australia.

Related story: An edited excerpt of the A. S. Hook Address by 2013 Gold Medallist, Peter Wilson. 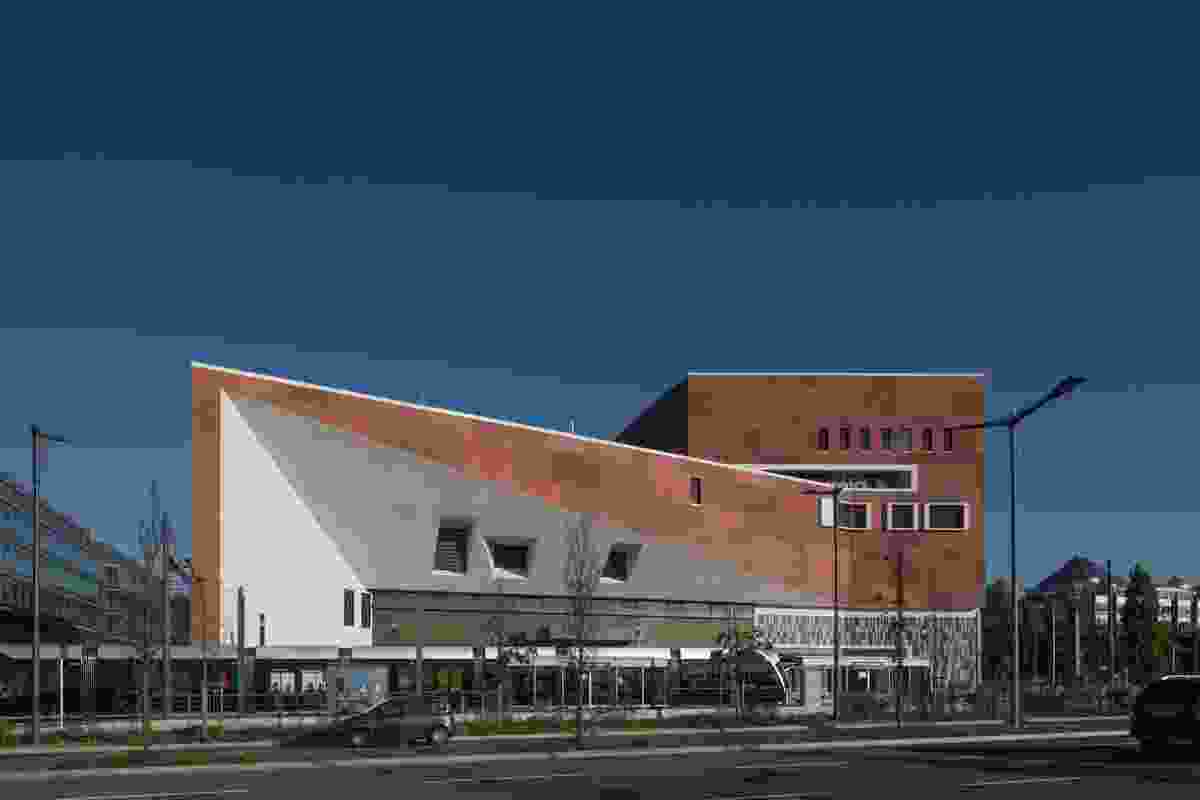 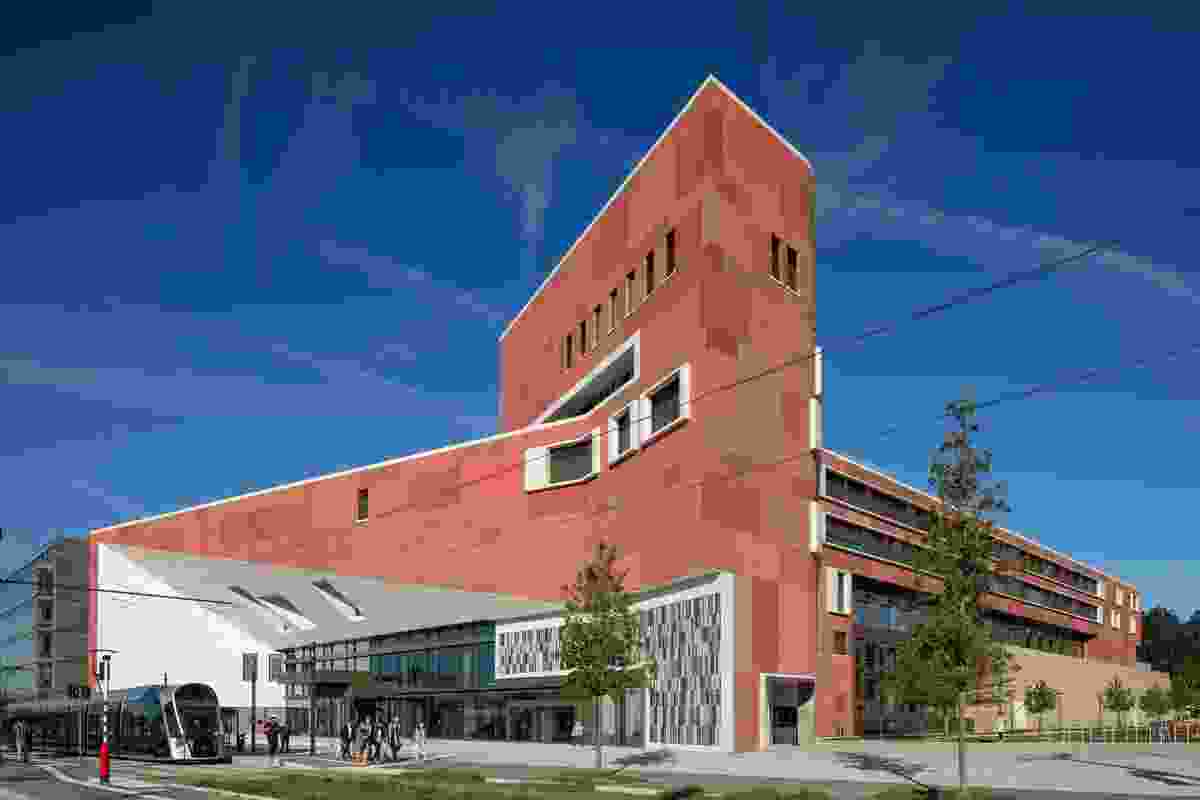 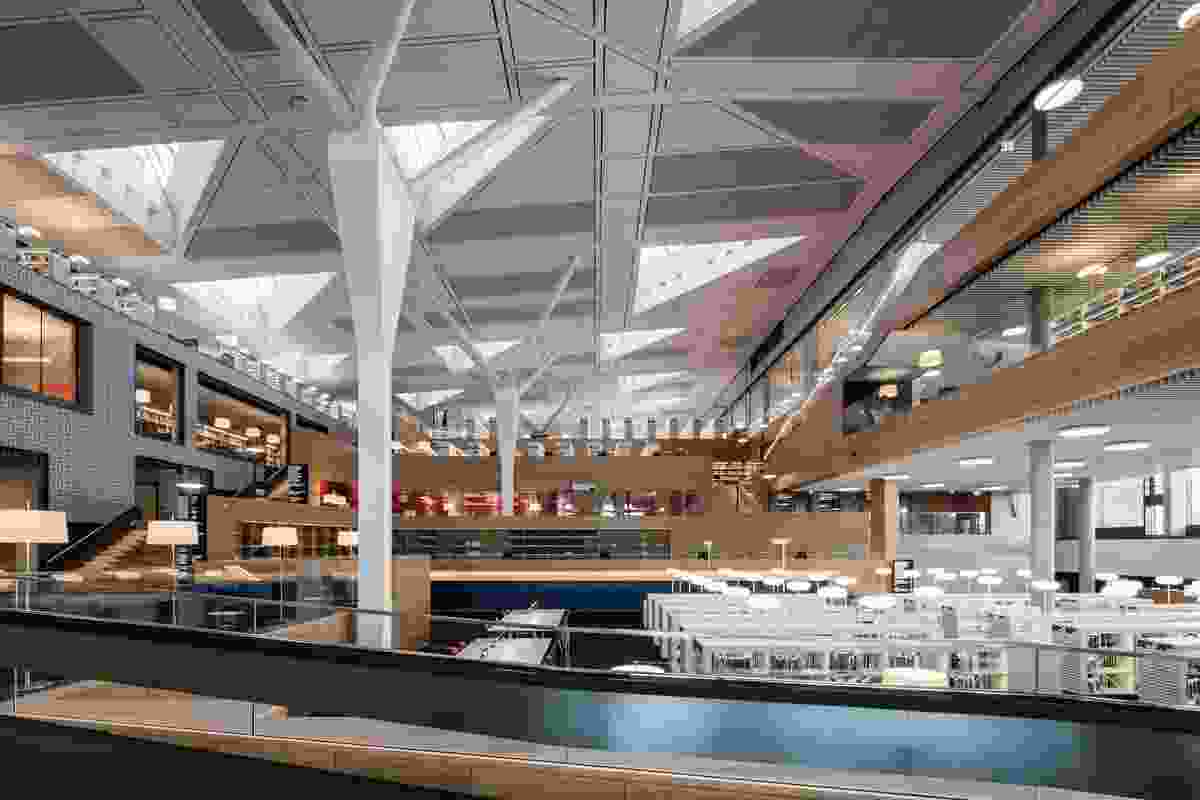 Interior of Luxembourg National Library by Bolles and Wilson. 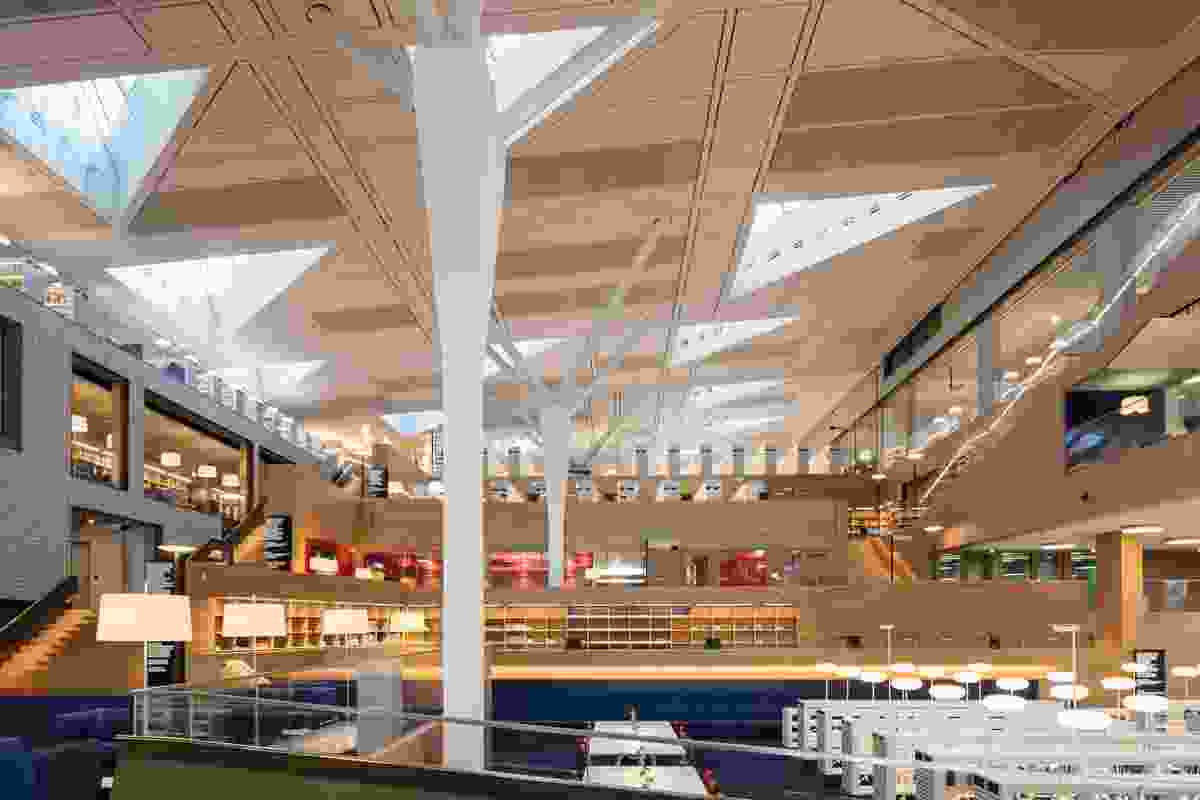 “An ascending landscape of reading decks” at the Luxembourg National Library by Bolles and Wilson. 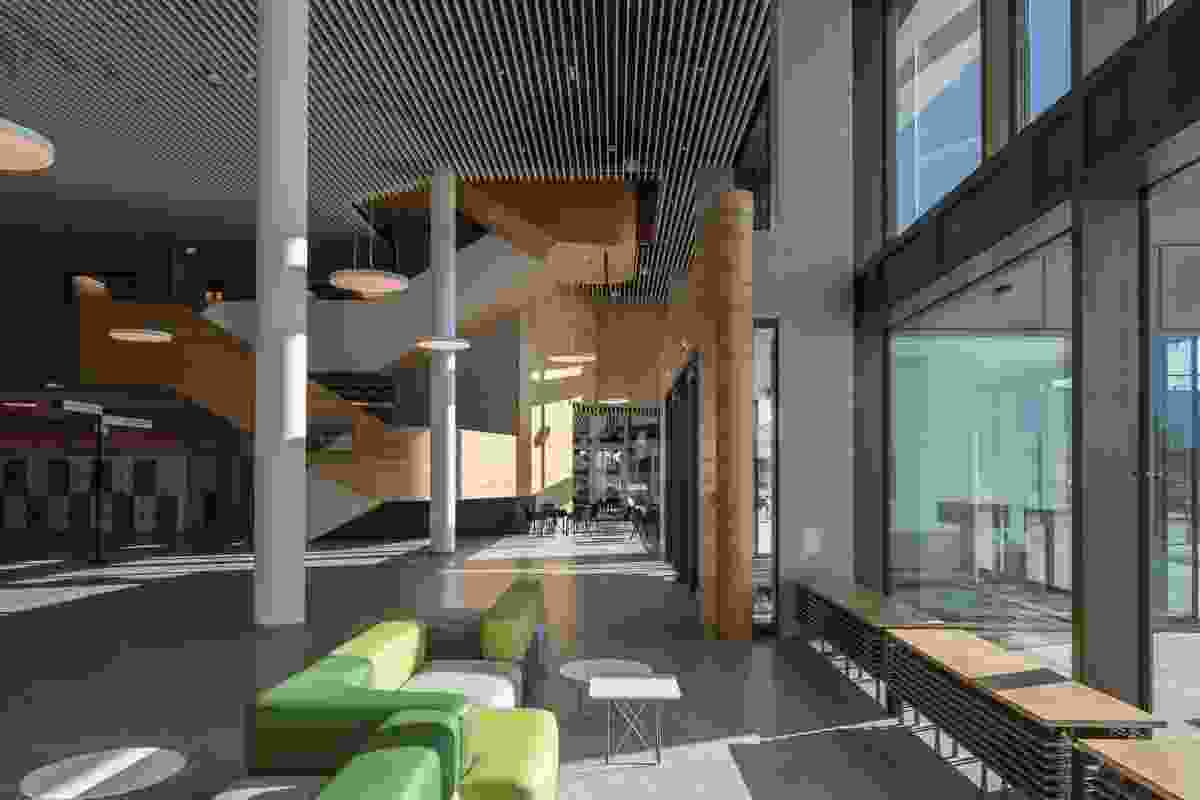 The entrance of Luxembourg National Library by Bolles and Wilson is like a funnel.