A delicate but intense application of rich, textured surfaces has resulted in a seductive interior that is the ideal backdrop to the lives of the inhabitants.

The dwelling stands tall, its extensive glazing flooding the timeless interior with light.

The MAH Residence interior by Mim Design is the result of a collaboration between a skilled design firm and a fastidious and trusting builder/client. Interestingly, the client had never used the services of an interior designer before, so the venture was something of a journey of discovery for all concerned. The interior demonstrates what can be achieved in a very short timeframe – it took just five months for the design and documentation phase of the project across an extensive seventy- odd sheets.

Mim Design inherited a town planning-approved envelope and building design from a long-time friend of the firm, Dean Landy of Clarke Hopkins Clarke. Mim Design was then tasked by the client to create something very specific within the confines of the planning documents. It was essential that the interior fit with the position of windows, doors and the building envelope overall, as described by those documents, a constraint the designers adopted without hesitation. The decision was made at the end of the design phase to produce full documents for the build, as a method of pinning down the elaborate level of detail.

The result is a seductive interior best understood and experienced through an awareness of the delicate but intense application of rich and textured surfaces to floors, walls and ceilings. In keeping with its other work, the Mim Design team has concentrated on a monochromatic palette of materials throughout the house, with multiple variations on a theme of black, marble white and silvery grey. The interior will likely hold its charm as it ages, as there is little to fix it in time.

Colour is primarily (and intentionally) found in the artworks, books, objects and even the clothing of the inhabitants. The result is a space that is somewhat misrepresented by the austerity of the professional photographs, with their absence of people, even while they capture the richness of the interior finishes. This is a common phenomenon when designers represent their work. The lived reality (which is, after all, the main point) is undoubtedly different from the glossy image – animated by occupation – in this case, in a way that effectively counterbalances the sombreness of the palette.

The carefully curated interior surfaces bound amorphous and generous, and yet subtly structured, rooms and spaces. This is a large house and it extends over three levels, with one level above and one below the ground-level entry. On the ground floor, which holds the main living spaces, the designers applied considerable effort to break down what might have been an overwhelmingly large open-plan space into a relatable scale.

There are two principal mechanisms that break down the space of the ground floor. One is the insertion of a black cubic pod, containing the generous powder room, the wine cellar, some storage and a concealed study desk for the children. This box sits in the central pivot point of the plan, defining the sitting room to the north, the entry and living room to the west, and the expansive kitchen and dining room to the immediate south.

The other mechanism is a level change along the line of the western edge of the pod; this helps to delineate spatial boundaries in the plan, particularly between the living and dining rooms, but also between entry/stair and sitting room. It corresponds with a raised ceiling over the living area, made possible by the confining of the upper level to the eastern side of the level change line. The line also divides the floor finishes into engineered marble pieces (to the east, in the sitting room) and timber boards (to the west and south, in the living room, dining room and kitchen).

A discussion of this house would not be complete without reference to the detail applied to the bathrooms and wet spaces. Each bathroom is grotto-like in its stony materiality, as if carved from the stone surfaces that adorn the walls and floors. Into each wet room, mirrors have been applied to play with the sense of space and create illusory depth. The mirrors are often combined in the bathrooms with a technique of “framing” the vanity space to create a moment of drama. In this way, and with a typical attention to detail, these are far from being secondary spaces. The same framing technique is used around the head of the bed in the main bedroom.

The lavish attention to detail continues both upstairs and down, with custom fittings and D-pulls built into joinery, giving a holistic unity to the interior. Another rather voluptuous detail is the curved hard-plaster-on-moulded-ply fireplace surround in the sitting room, a clear nod to Alvar Aalto. This sculptural piece was lovingly tended throughout the construction process to ensure that the ply, once shaped, had moved as much as it was going to and was subsequently dimensionally stable. Hard plaster was applied to the form in situ, and the fireplace feature wall was complete – crack-free. This is just one of a myriad of details that were attended to by the client during the build.

Despite its rapid conception, the interior of the MAH Residence has a quality of timelessness that defies the literal gravity of the materials chosen. This light-filled interior will serve its occupants well for many years to come. 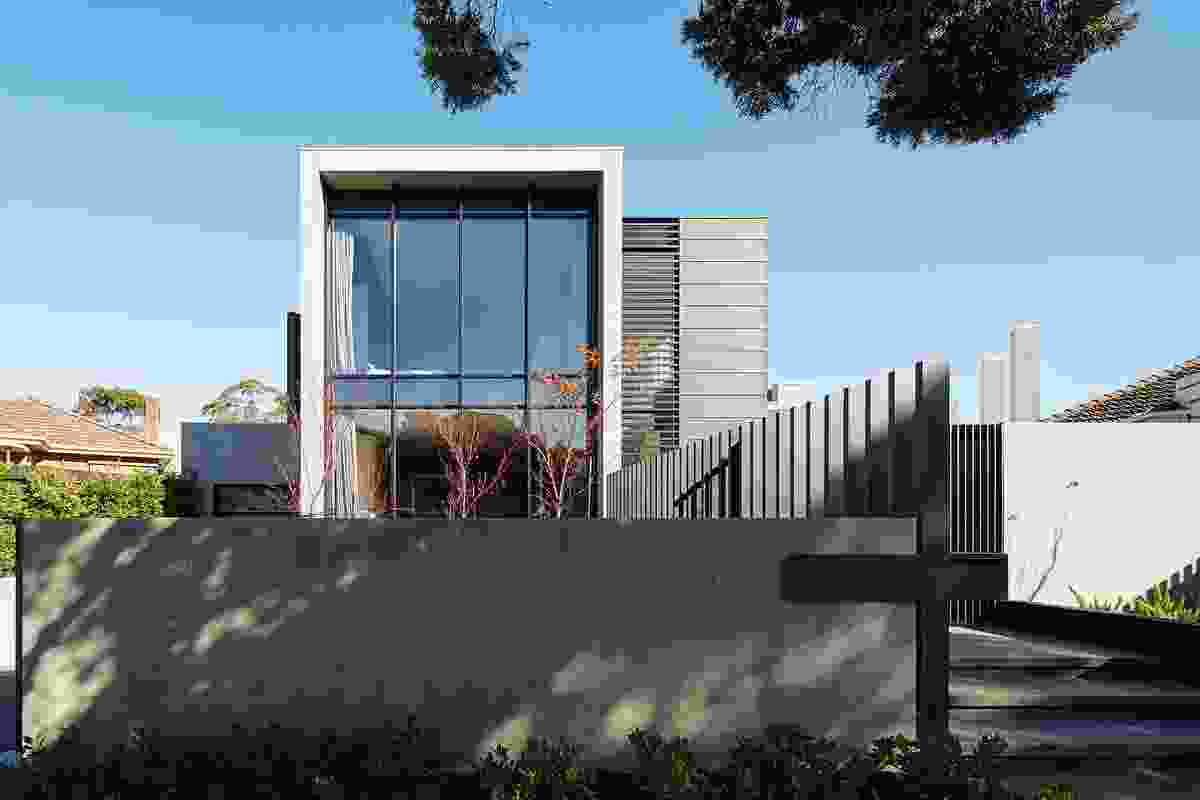 The dwelling stands tall, its extensive glazing flooding the timeless interior with light. 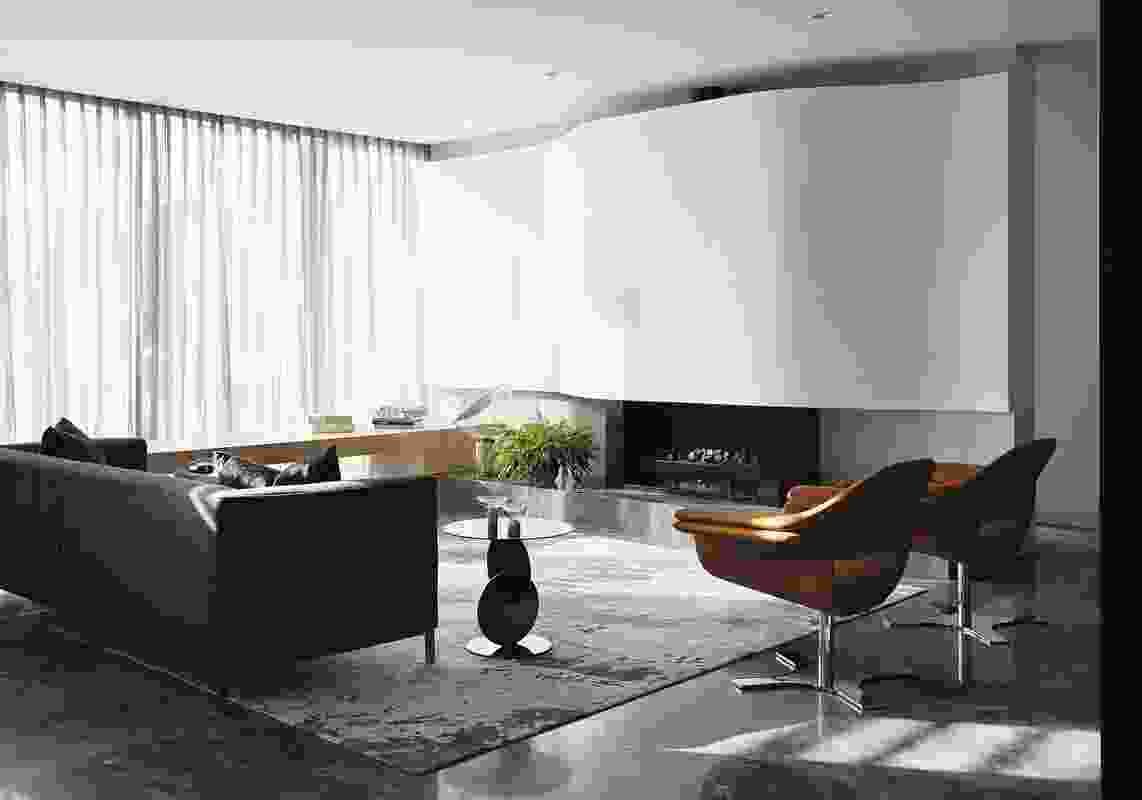 The curved hard-plaster-on-moulded-ply fireplace surround in the sitting room is a clear nod to Alvar Aalto. 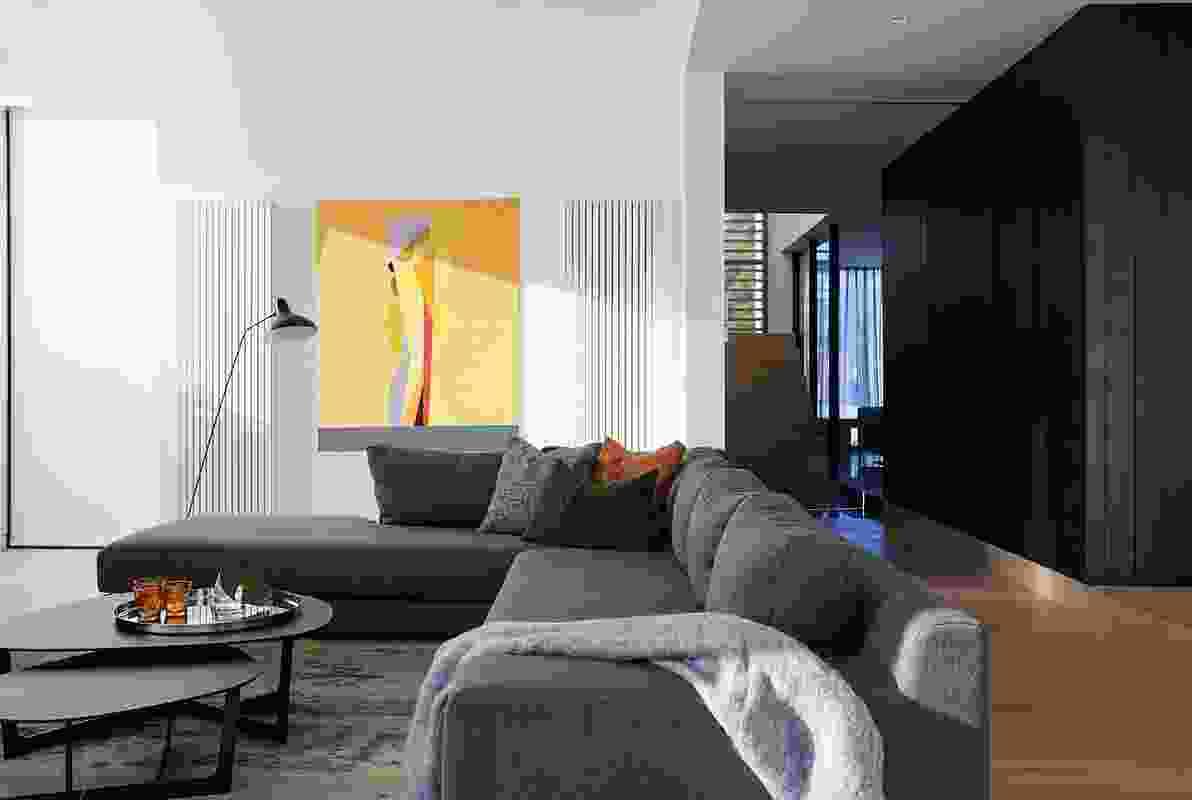 In keeping with other work by the practice, Mim Design chose a monochromatic palette; colour is primarily introduced through the addition of artworks. Artwork: Robert Jacks, Cantada 1, 1999. 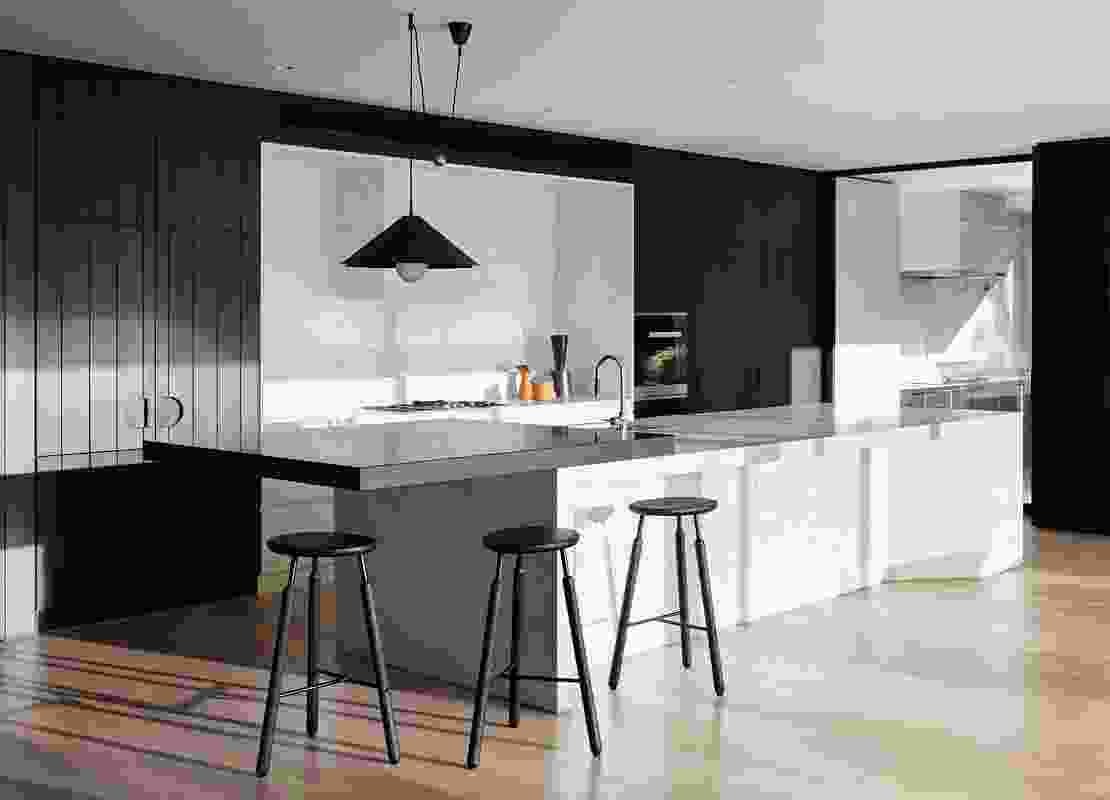 Behind the kitchen, a back-of-house area including scullery and laundry is concealed. 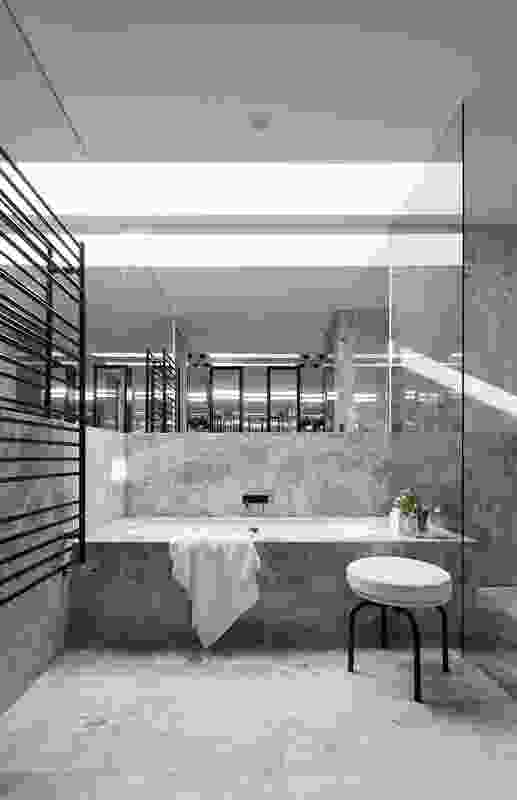 The grotto-like bathrooms look as if they have been carved out of stone. 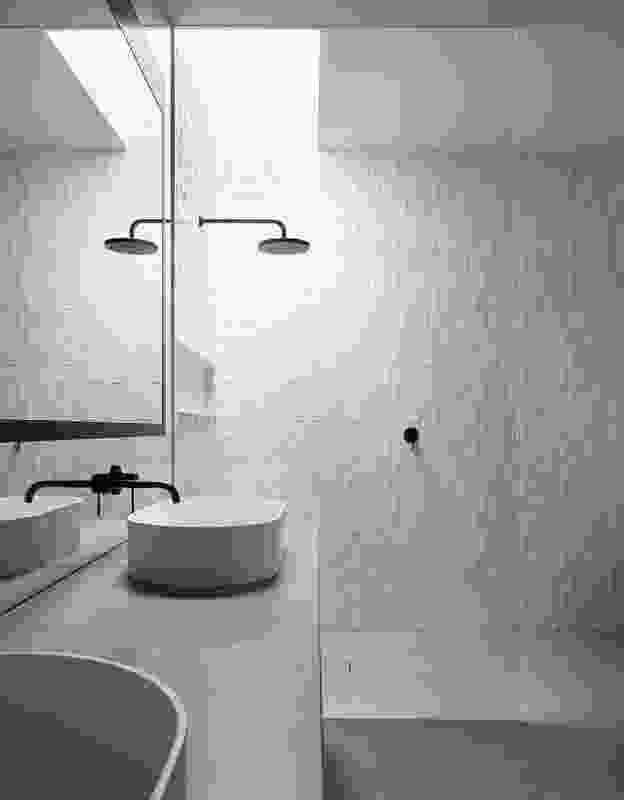 Mirrors have been used to play with the sense of space within the bathrooms.