Developer Mirvac has revised its plans to redevelop the Harbourside Shopping Centre in Darling Harbour, submitting a new concept proposal for a redevelopment designed by FJMT and Aspect Studios to the NSW Government.

The project would include the demolition of the existing centre, to be replaced with a new shopping centre and a 153-metre tower containing 357 apartments.

The proposal to construct a large tower on the site was first put forward in late 2016. It attracted some criticism from planners at the City of Sydney for its scale relative to the harbour, the heritage-listed Pyrmont Bridge and the adjacent International Convention Centre.

In the original concept proposal, the tower was located to the north, close to the bridge. In the amended proposal, the tower has been moved further away from the bridge, increasing the setback from 50 metres to 135 metres. The project’s proponents say the move effectively removes “any visual relationship between the new tower and the heritage listed Pyrmont Bridge, therefore maintaining the heritage significance of the bridge.”

The council previously questioned whether an injection of new apartments at Darling Harbour would be necessary. The proposal’s response is that the residential component will “guarantee that the redevelopment supports a truly mixed-use precinct,” with the apartments located close to jobs and nearby tourism and retail precincts.

The redevelopment of Harbourside Shopping Centre is located across the bay from another major tower development, Cockle Bay Park by Henning Larsen and McGregor Coxall.

Architect Philip Cox has also raised concerns over the cumulative effect of the developments in Darling Harbour, which he believes “will reduce the urban amenity for Sydney.” 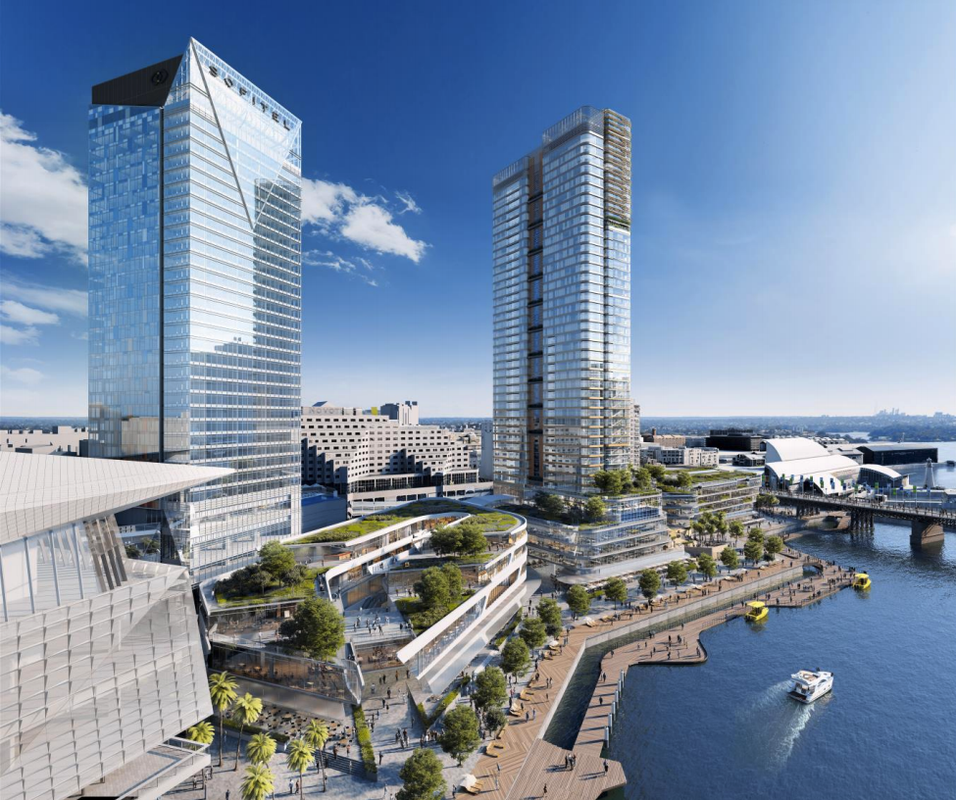