Australian practice March Studio will present a new architectural work at the 2019 Tallinn Architecture Biennale in the Estonian capital in September.

The practice was invited to participate by the Biennale’s curators, who have themed the 2019 exhibition “Beauty Matters.”

Head curator Yael Reiser explained that the architects were tasked with interpreting “beauty” as widely or narrowly as they wished.

Reiser said that beauty is the “true challenge in architecture as it is in poetry, mathematics or politics.” The curators invited eight practices from around the world to design a project that would be “a conduit for the emotional experience of beauty in an urban context.”

Titled Transoccupation, March Studio’s contribution is an installation that imagines a modular residential tower made from plywood.

“This project is simultaneously an investigation into a 1:1 plywood box truss (the segment) and a 1:10 structural system for a tower (the whole),” the architects explained in a statement.

“The work continues a wider body of research undertaken by March Studio where materials, technology, and structure are used to explore disorderly form in order to propose new opportunities and architectural typologies.

“In the case of Transoccupation, we propose a new, interchangeable residential tower, which is more akin to a vertical village than a typical extruded tower model.”

The fifth Tallinn Architecture Biennale, which is organized by the Estonian Centre for Architecture, begins on 11 September and ends on 17 November. 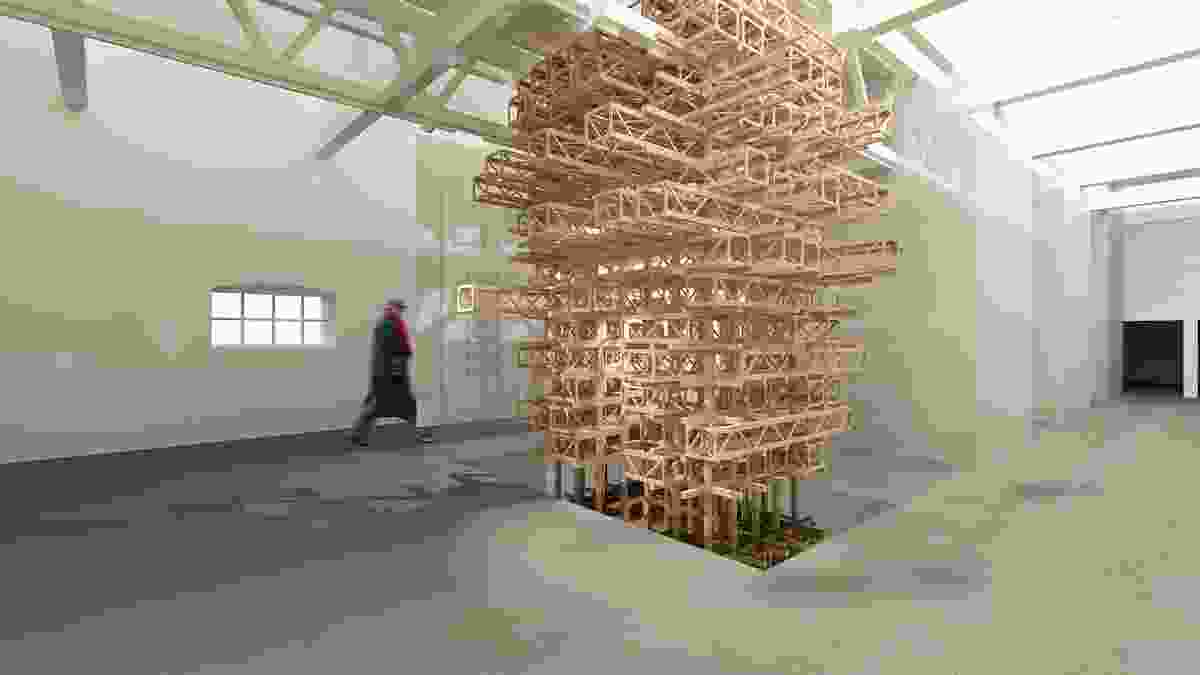