Located on one of three blocks created in the subdivision of a large corner site, this new house by David Boyle Architect "feels huge but sits on a relatively small site."

The house is a U-shape around a front courtyard hidden behind a modest brick wall.

As a passer-by, you might not initially notice this house by David Boyle Architect. There are lots of little cottages on its street in Marrickville – some brick, some timber-clad, some rendered. There are sheds and verandahs and an impressively wide range of decorative fences and gates. It seems that many of these structures are homemade – like built versions of craft stalls at a local fete.

Then it becomes clear that there is a house on this street that is a bit different. It has red steel poles like the neighbour’s carport, but the timber cladding is vertical rather than the usual horizontal. The front porch roof pulls away at the front wall, and the wall is angled slightly as it gets closer to the huge street tree.

From this point, once the front door is opened, everything about this visually modest and spiritually generous house is extraordinary, and everything makes sense. David’s calm, gentle way of explaining it belies the skill he and his team have in tweaking, pulling and dragging the very best out of a project.

The client came with development experience, pre-development-application advice from the local council and a standard large corner site for subdivision. The vast house facing the adjacent street was subdivided, and the rear yard, nearly all concrete surrounded by decaying sheds and garages, became a third site. This piece of land, accessed from the side street, became the plot on which Marrickville Courtyard House was built. The land has a long street frontage but is not very deep.

Initially, planning advice was that the new house should be built along the frontage with a garden tucked behind it, as is traditional in the neighbourhood. But this design was refused by the council. In a funereal post-decision meeting with the planners, David quietly suggested that forms more similar to the adjacent five- to six-metre-wide houses might be considered. The project blossomed from there.

And so this house is U-shaped. On the outside of the U are all the back-of-house functions – a carport, a drying yard, space for the bins. On the southern boundary, where garage buildings used to abut the boundary line, the old boundary walls were kept and the new house sits hard against them. These boundary walls were only 2100 millimetres above floor level. The architects kept this lower height for a portion of the kitchen space, and then the flat ceiling over the benchtop and corner pantry rises dramatically to a much higher vaulted ceiling, bathed in oblique sunlight. The banal constraint has “caused” a delightful result.

The main living space, prosaically the big combined kitchen/dining/living room of every new house, has a display area that welcomes visitors, a space for bags and keys near the door, bookshelves and a study area facing the street, a warm north-facing sitting area, more bookshelves, the kitchen (with its myriad ceilings), a sunny rear deck for breakfast, and herbs in the rear garden two steps away. The variety of “rooms” within this room means this volume bears no resemblance to the dreary white boxes with bifolds in the back of every real estate magazine.

The sitting area of the main living space opens to a generous north-facing deck in the front garden, and this sunny landscaped hideaway is shielded from the street by a modest recycled brick wall. From the deck, the view of the street is removed but the canopy of the street tree can still be seen fanning over the garden, protecting the occupants from the western sun.

Two rooms (either side of a bathroom/laundry) are ambiguous – their doors slide back to the hallway that flanks the deck. One is used as a music room, one as a guestroom, sometimes a writing room. These rooms can variously be the central creative hubs of the house or can be spaces where friends can retire to.

The last arm of the U is the main bedroom and bathroom, pushed close to the northern boundary. The ensuite, on the north-west tip of the plan, has a profoundly beautiful curved shower, with glimpses of light coming through a high-level window to the north and fresh air coming through carefully placed operable windows behind screens to the courtyard. From the living room, this wing seems like a screen only, wrapping around the new garden. For a block hived off the bottom of a big back garden, it gives no sense of what else is around. There is no overlooking of others, nor does one feel overlooked.

The house is beautifully finished but feels very relaxed. It has a rich variety of spaces but none is designed to impress. It feels huge but sits on a relatively small site. It is built to endure, though none of the component materials is extravagant.

To have David Boyle explain this house as a response to the streetscape, a response to the brick boundary wall and a shield from the other dwellings on the formerly large block, makes the process seem so logical. One might mistakenly think this project was simply destined to be as it is, that there was no craft in it at all. Rather, it is the result of a master-craftsman at work.

Roofing
Lysaght Custom Orb and Klip-Lok roofing, Half Round gutter and custom flashing in Zincalume. 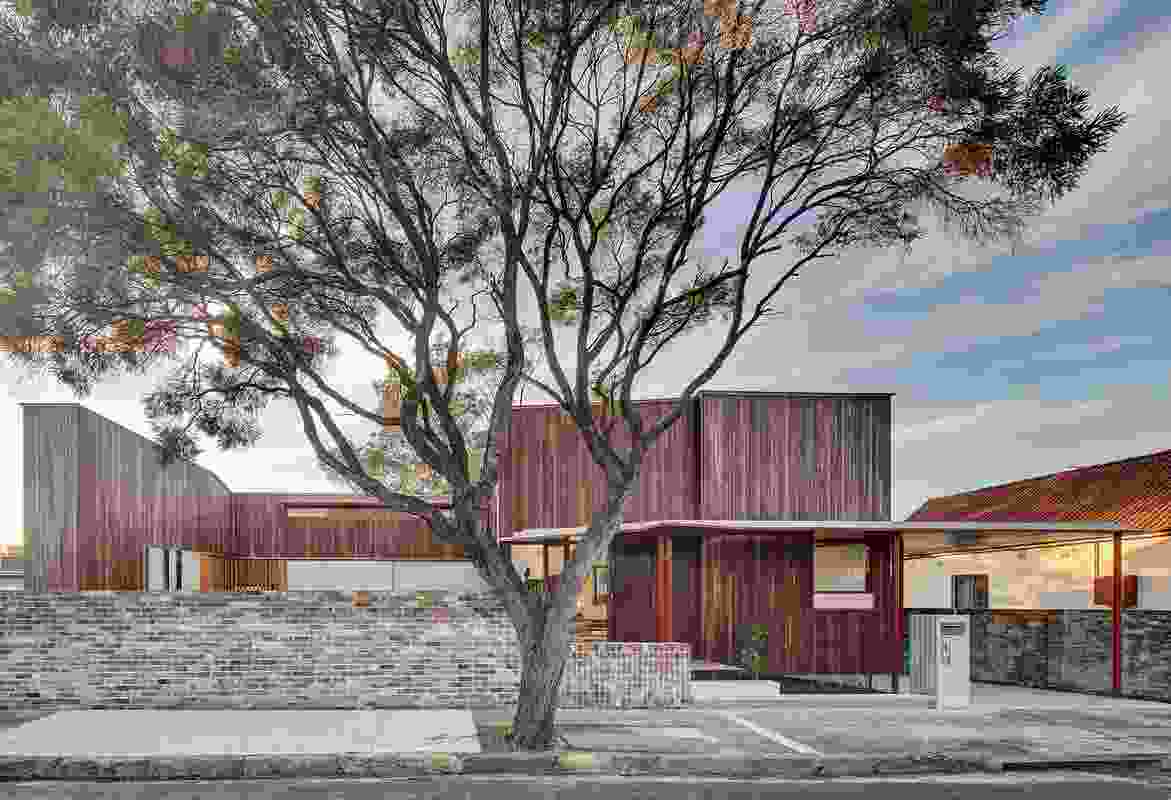 The house is a U-shape around a front courtyard hidden behind a modest brick wall.

The house is planned around a sunny landscaped courtyard at the front of the site. 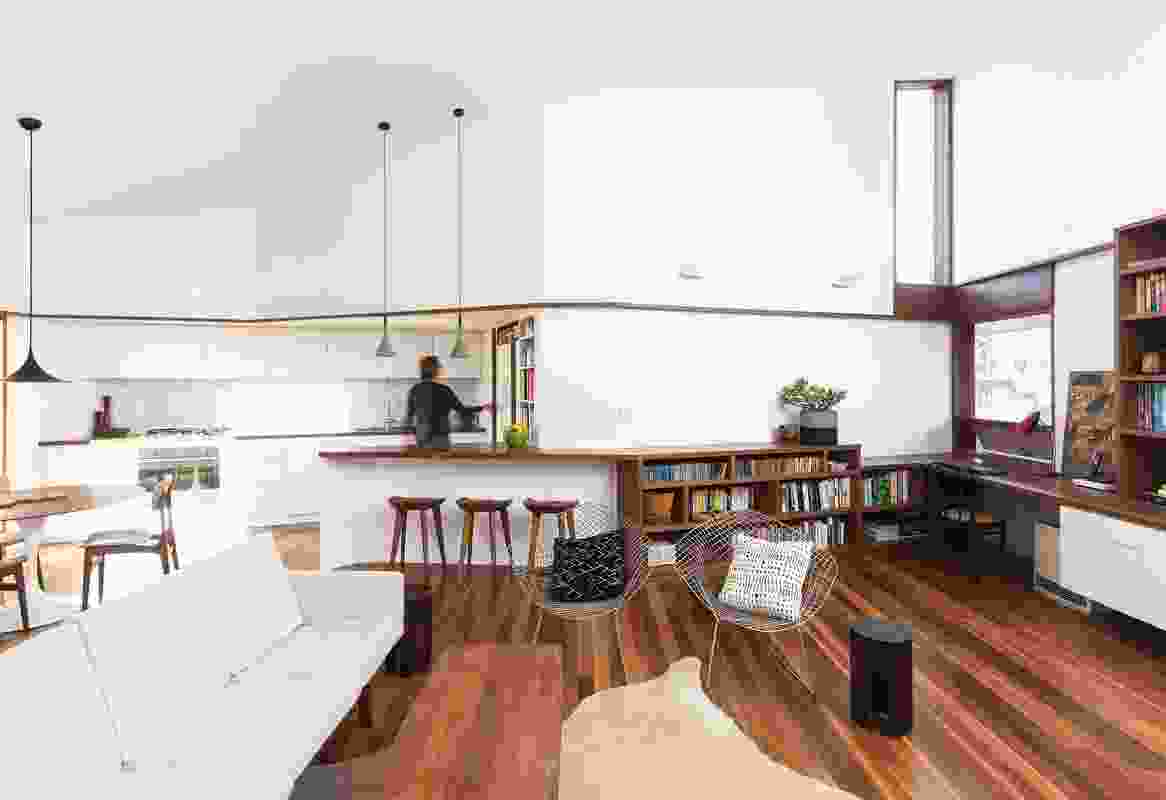 The living area is one large space, broken down using joinery and ceiling heights. 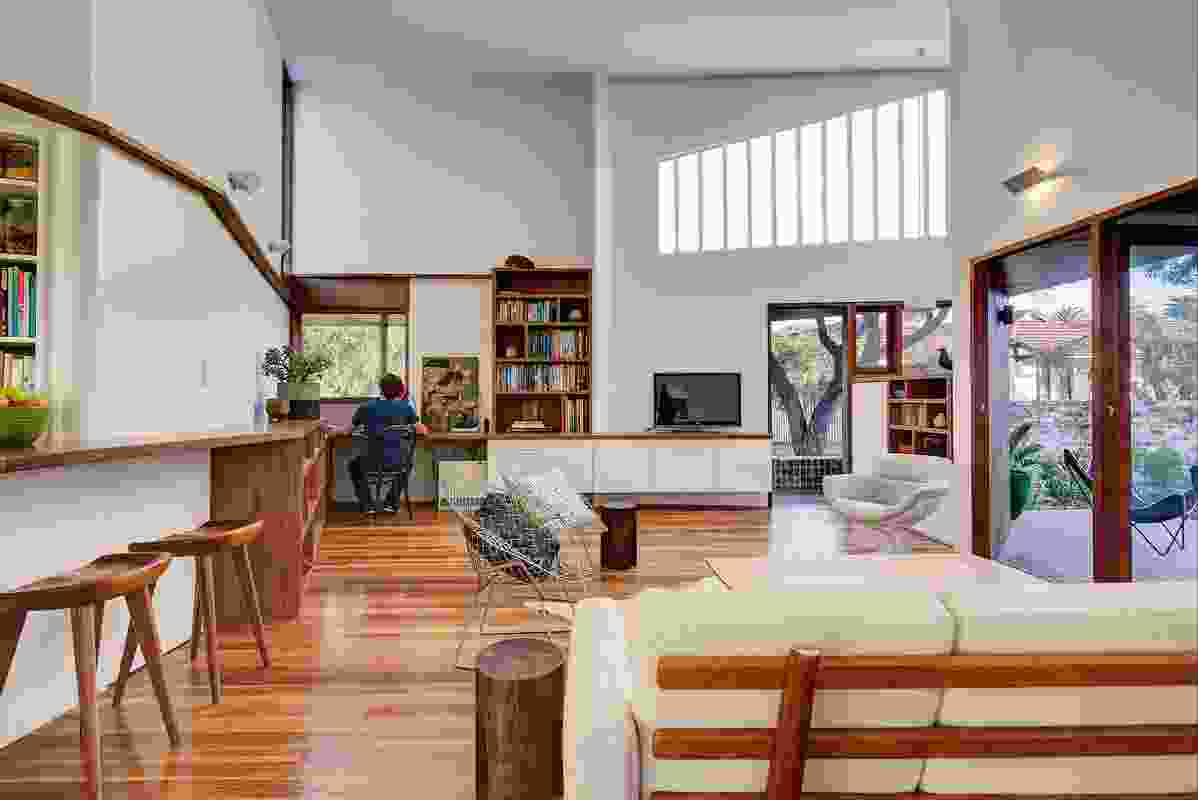 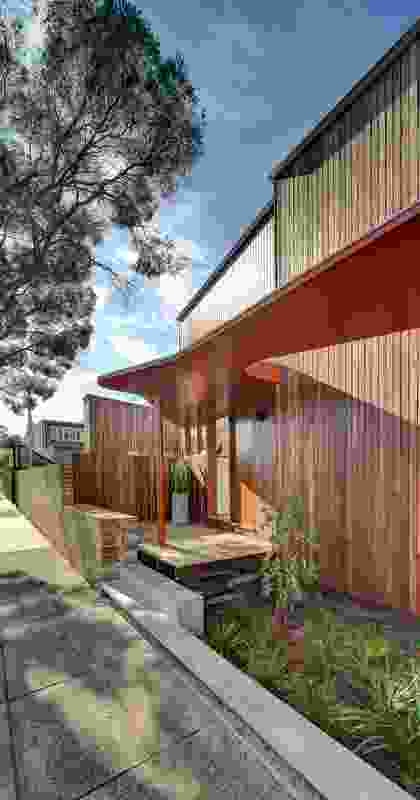 The front porch roof pulls away at the front wall, and the wall is angled slightly as it gets closer to a street tree. 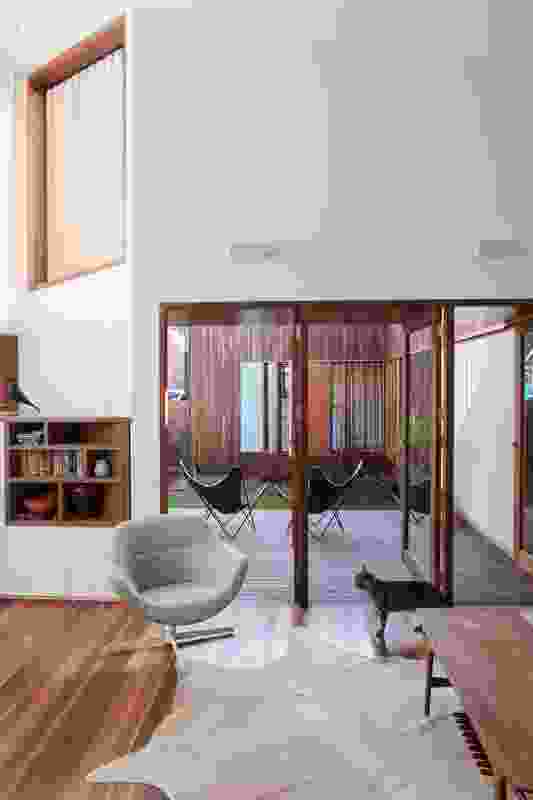 The sitting area of the main living space opens to a generous north-facing deck in the front garden. 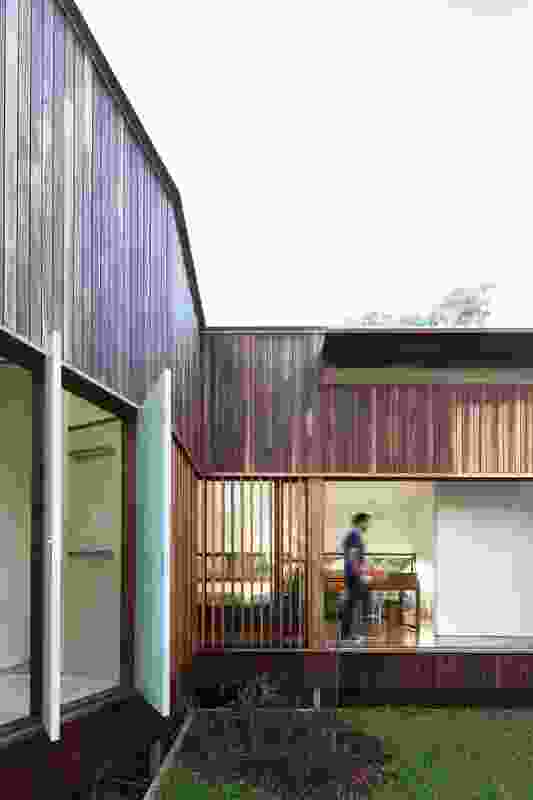 Carefully placed screens on the ensuite open to the courtyard for natural ventilation, while maintaining privacy. 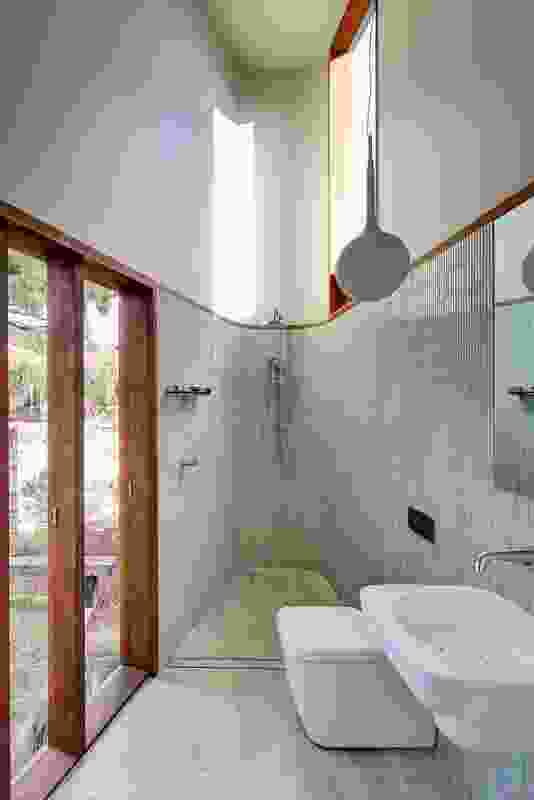 The ensuite features a curved shower, with glimpses of light coming through a high-level window.