Moby Dick meets the Time Machine and A Space Odyssey at the Martian Embassy, a fantasy world dreamt up for the Sydney Story Factory.

“A cross between a whale, a rocket and a time tunnel,” is how the designing minds behind the The Martian Embassy describe it. Created for the Sydney Story Factory youth writing centre in Redfern, its fantastical fitout imagines a world within the skeleton of a giant whale, hurtling through time and space.

The project was a collaboration with production company Will O’Rourke and their creative partners The Glue Society, who developed the Martian concept which includes “Made on Mars” gifts such as gravity and abduction kits in 1-kilogram cans. “It’s the stuff great stories are made of,” says Chris Bosse of LAVA. “Think Moby Dick, H. G. Wells’ Time Machine and Stanley Kubrick’s 2001: A Space Odyssey.”

LAVA’s trademark fluid geometry melds the three interior components of embassy, school and shop into a sequence of spaces within the giant ribcage. A computer model of the ribs was “nested” into buildable components, and over 1,000 pieces of plywood CNC-cut were then assembled on site like a giant jigsaw. The plywood reads as a single element, or a living organism, seamlessly flowing to form walls and ceiling, storage and shelves, seating and floors, all brought to life by “red planet light” and sound projections throughout the space. “We had a lot of fun creating the first diplomatic mission from inner space,” says Chris Bosse. 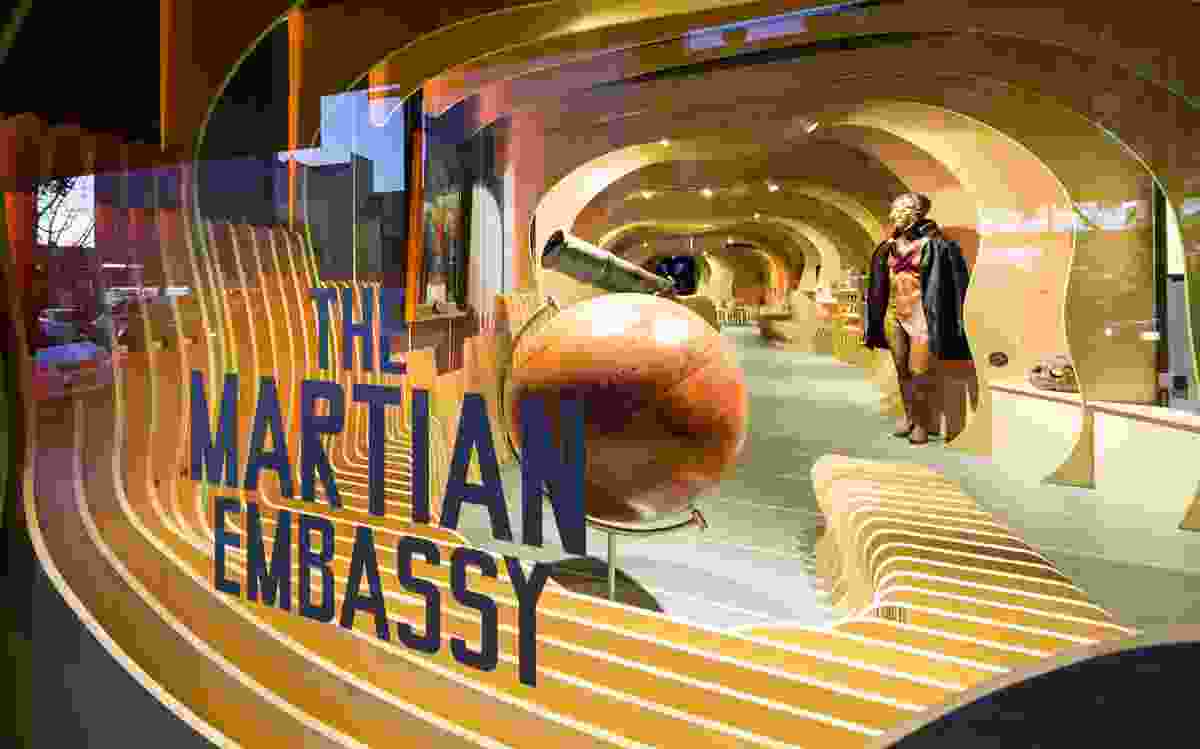 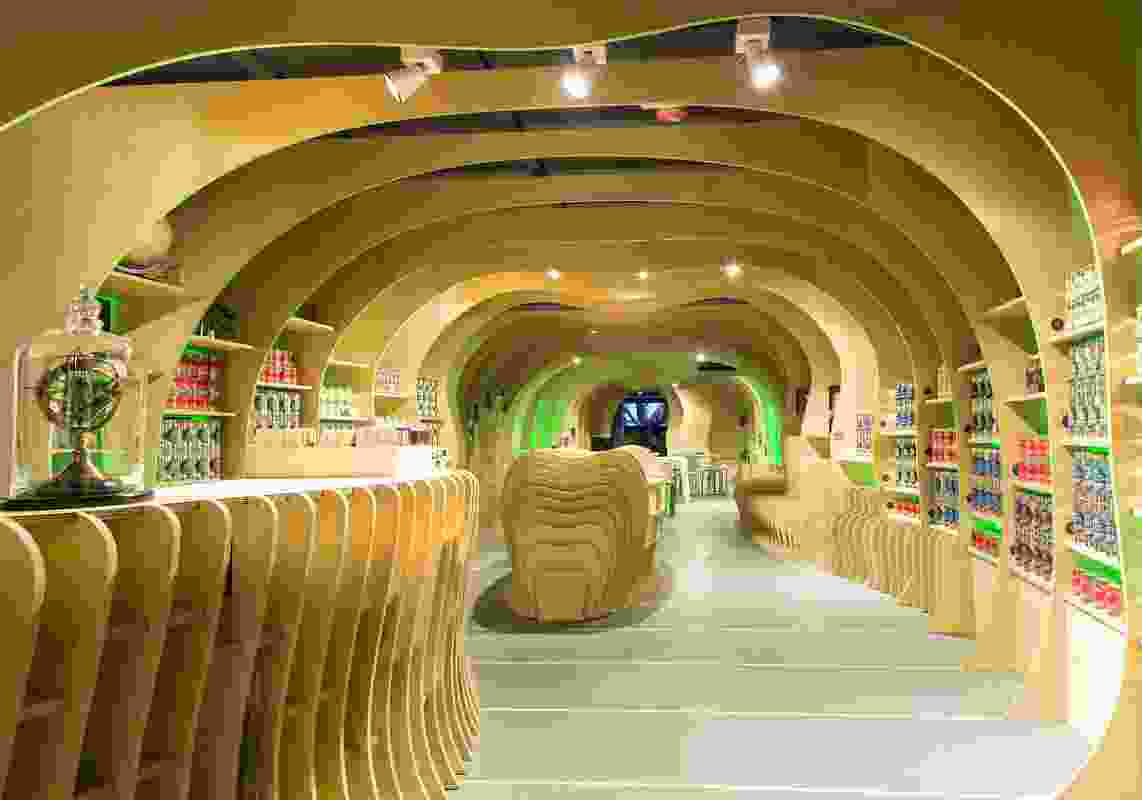 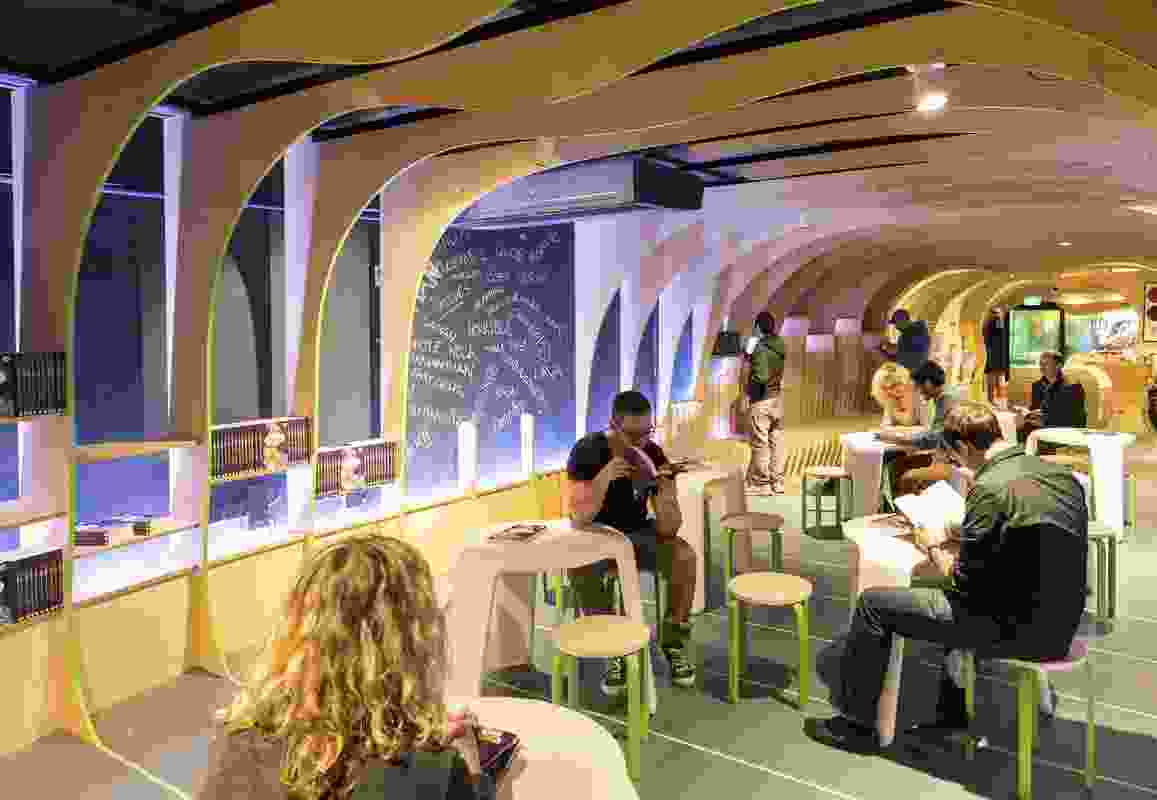 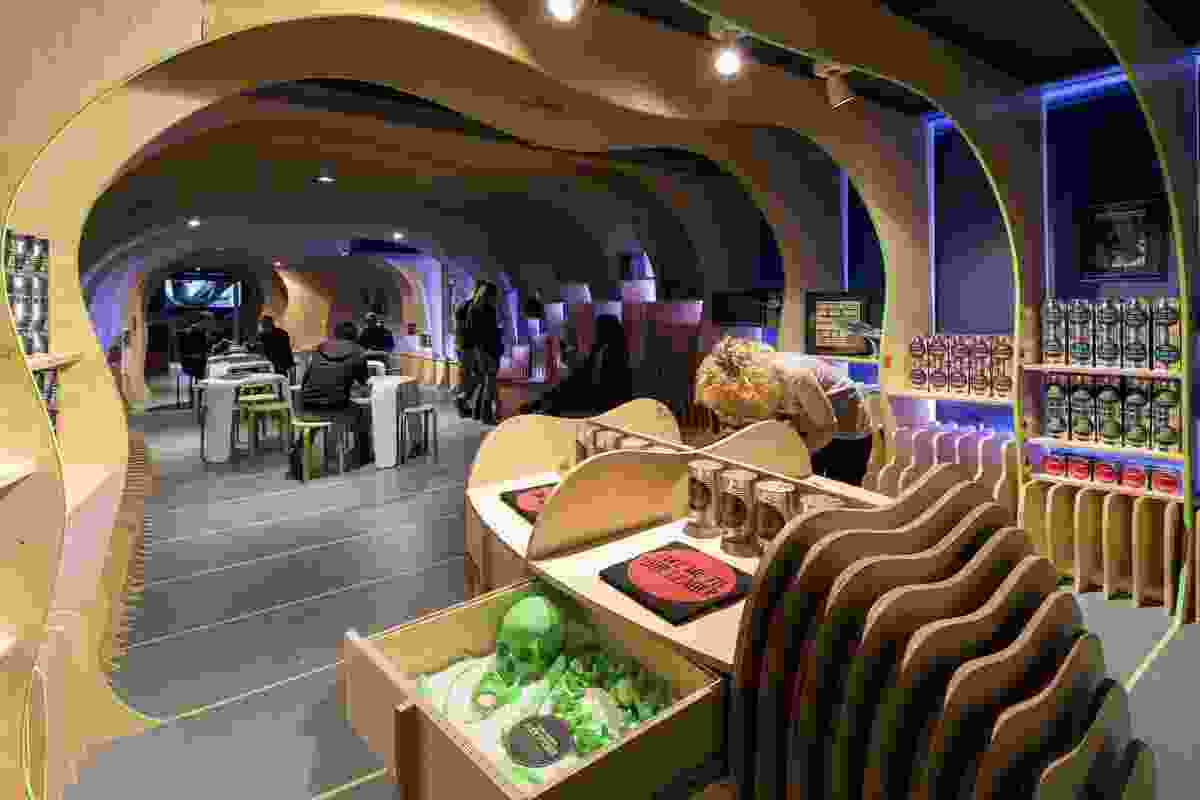 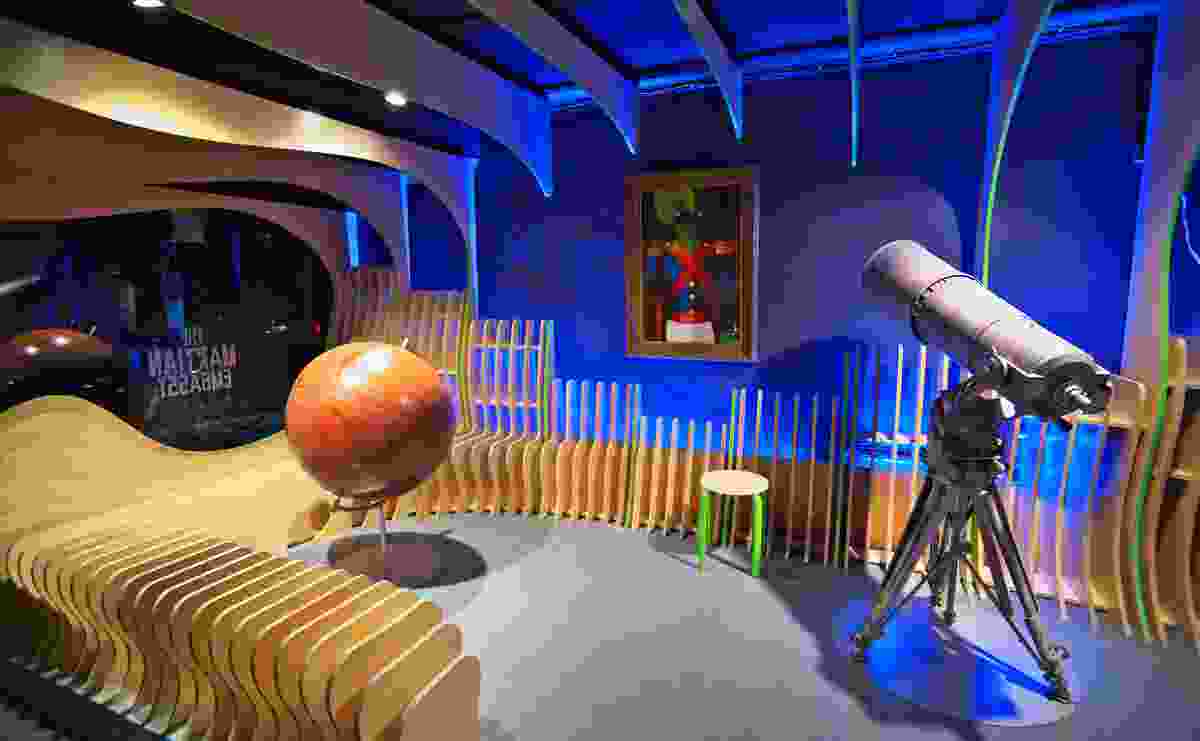 Lighting and sound effects are part of the experience.