When time is immaterial

The adaptive reuse of materials allows for the retrieval of lost spaces in the creation of new ones, writes Darragh O’Brien of Monash University.

When we encounter reused materials and objects, we respond to the ingenuity of the artists and designers who transcend the perceived limitations of the cheap, discarded, broken and therefore undervalued. For those who have worked for many years with existing materials and objects, the moral, ethical or fashionable consequences of sustainable reuse are often not at the forefront. Usually there is more of a deep concern with the unique, translocational and trans-temporal opportunities embedded within each element. We are attracted by a perceived connection to multiple others, from elsewhere.

James Legge of architecture firm Six Degrees enjoys the process of re-contextualizing an object or material, whether it has had a previous life, or it is a new material intended for another use or place. As a practice, Six Degrees mines the real or imagined stories that are embedded within reused and relocated materials. They stress, however, that for them, the literal use of obviously recycled materials, with their dents and scratches, is replaced with a design approach that appeals to a deeper sense of memory and experience. According to Legge, the renovation process is about the addition of another layer of history, where the new works can converse with the pre-existing parts and therefore enrich the overall outcome. Books consigned to the recycling bin are reused to create a wall; timber carrel desks become articulated bulkheads; PVC pipes become screens or suspended light fittings. Such interventions transcend their original object properties to become new, albeit patinated, materials – the structure behind the surface.

The work of 1970s American artist Gordon Matta-Clark was most powerful when partial objects were relocated from the ignored, mundane world into the rarified environment of the gallery. He transformed both the original space/place and the final destination through a carefully considered process of removal and relocation. Art historian Pamela M. Lee sees Matta-Clark’s work as unusually political.

“It is a politics of things approaching their social exhaustion and the potential of their reclamation. It is the politics of … the retrieval of lost spaces; of communities re-imagining in the wake of their disappearance; a politics of garbage and things thrown away … His art is founded on the waste matter of architecture, it is always in the process of undoing itself, unbuilding as the artist describes it.”2

“Somewhere between the new building that is relevant to us now, and the urban artefact representing our past, there is a third ethereal building that no-one can quite put their finger on. It is this tension between past and present that generates the architectural expression.”

French philosopher Jacques Derrida, although sometimes impenetrable, also had a beautiful way of looking at the layering of material time and meaning. He suggested that no matter how novel or unprecedented a modern meaning may appear, it is a phenomenon of repetition, “not pre-existed in a latent form, merely waiting to be unfolded or explicated,” and one based on the crucial notions of “rupture and mutation” in history. Derrida was convinced that we must maintain contradictory affirmations at the same time: “On the one hand we affirm the existence of ruptures in history, and on the other hand we affirm that these ruptures produce gaps or faults (failles) in which the most hidden and forgotten archives can emerge and constantly recur and work through history … neither a pure break with the past nor a pure unfolding or explication of it.”3

The overriding aim of Tim Greer from Tonkin Zulaikha Greer is to affirm the interwoven continuum of the past and present without one dominating the other. “Somewhere between the new building that is relevant to us now, and the urban artefact representing our past, there is a third ethereal building that no-one can quite put their finger on. It is this tension between past and present that generates the architectural expression.” For Greer, the concept for a new use lurks within the artefact precisely because it is imbued with urban memories. The idea of architect as alchemist – changing something from one state to another – appeals because this strategy allows for a contemporary expression of the new use but aesthetically binds past and present.

The making of architecture is a responsive act, one that creates a third space between past and present but has yet to consider the future. The field of industrial design, however, has begun to consider the future life of a new product as part of the initial design process. Designer Mark Richardson is one of Australia’s foremost experts on the process of redesign, where new products are deliberately designed to be redesigned as different products when they have reached the end of their first useful life. Apart from the obvious environmental benefits, Richardson suggests that the challenge for industrial designers is that “a product is always preloaded and subsequently reloaded with layered political, technological and social narratives. Materials used at a product’s inception therefore need to be capable of carrying the patina of history, time and use, where traces of the former products are revealed in a sophisticated, nuanced and continuing way.”

In one of the most exciting periods in the history of design, rapid social change is now generating the need for evolving, adaptable architectural environments. The consequences for design practice are potentially enormous. We can no longer restrict ourselves to the material other of the past, but must consider future lives of material, space and form. We learn to project backwards and forwards through ruptures in time and re-imagine stories of here as a future, continuous elsewhere. Space can finally reveal a latent, habitable state that is both permanent and mutable.

When time is immaterial 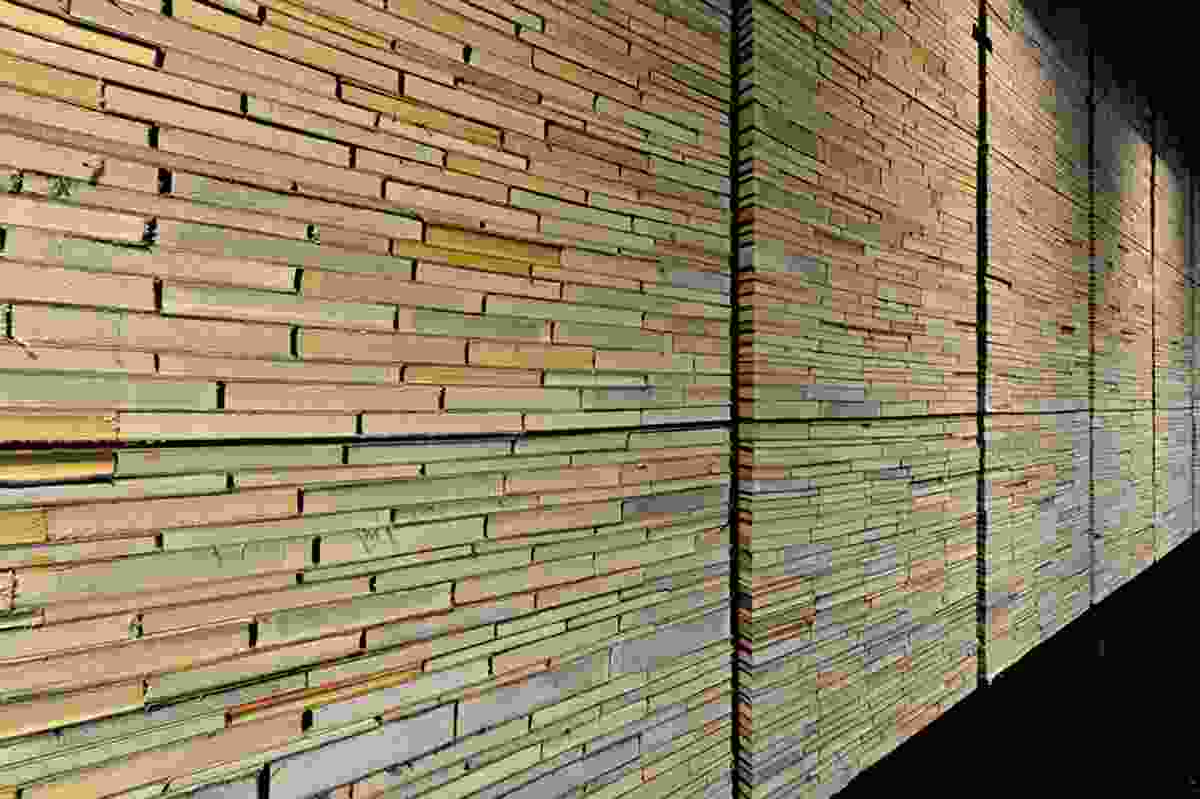 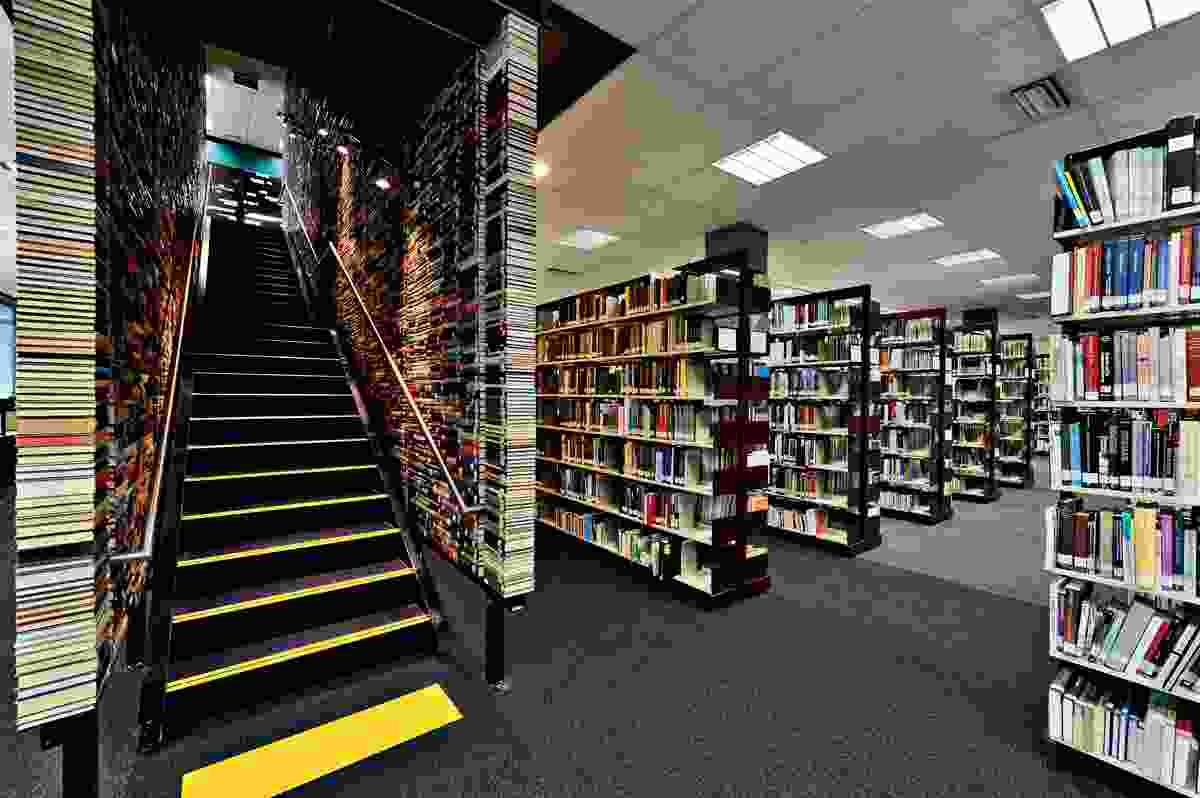 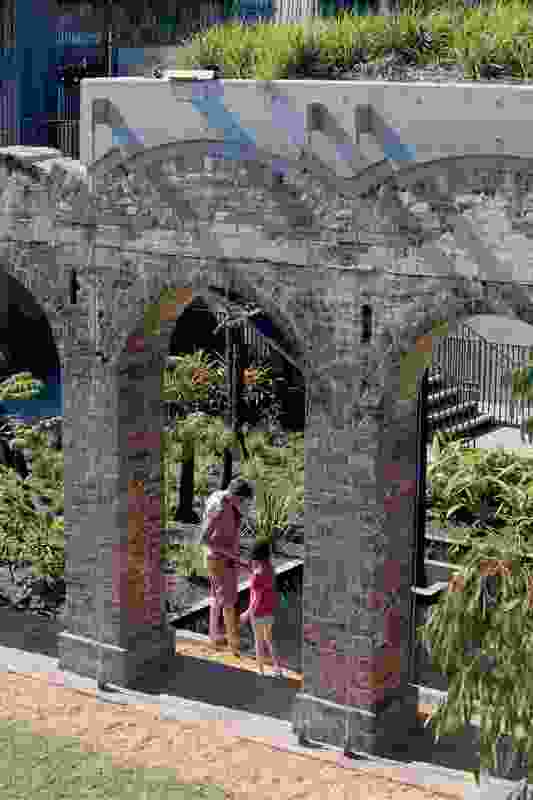 Artefacts within a park, Paddington Reservoir by Tonkin Zulaikha Greer.