Riyadh Al-Ameri of Deakin University with his medical waste-derived “concrete.”

The thousands of tonnes of plastic waste created each year in Australia through dialysis treatment could breathe new life into the construction industry, according to researchers at Deakin University.

A team at Deakin’s School of Engineering is behind the new project, which aims to transform the single-use plastic used in the dialysis project into long-lasting concrete that could perform better than standard concrete.

The project is a collaboration between Dr Riyadh Al-Ameri, a senior lecturer in structural engineering, Katherine Barraclough from the Royal Melbourne Hospital and John Agar from Barwon Health’s University Hospital Geelong.

It came about when Dr Barraclough and Professor John Agar approached Deakin University to find a practical solution to their waste issue.

Dr Al-Ameri said his project team was hoping that the project would not only reduce wastage, but that the shredded plastic waste would also help better protect structural concrete from corrosion.

“Concrete can crack and damage the internal bond, which can then lead to water penetration and corrosion of the steel bars, critical for providing the strength and integrity of concrete structures,” he said.

“If we are able to facilitate production of new types of concrete that will offer better protection, give structures longer life and better performance, as well as help recycle plastic waste, that will be a great achievement.”

Each individual dialysis treatment can create between one and three kilograms of plastic waste. With more than 12,000 Australians on dialysis, that adds up to about 5,100 tonnes of plastic waste per year, according to Dr Barraclough.

“Haemodialysis – the most common type of dialysis – involves making a circuit where blood is pumped from a patient’s bloodstream through a machine then back to the patient,” Dr Barraclough said. “This removes toxins and excess water and is life sustaining for patients with kidney failure,” she said.

“For safety reasons, both the tubes that carry the blood and the dialyser – the part of the machine that cleans the blood – are made of plastic designed for single use only. The result is large amounts of plastic waste generated from each dialysis treatment.

“Because the waste is potentially infectious, it must be either burnt or sterilised before being thrown away. This not only costs a lot of money, but also causes significant harm to the environment.

“With increasing numbers of people requiring dialysis in Australia and worldwide, we need to work out ways to reduce the costs of care delivery, as well as play our part in ensuring a healthy environment for future generations.”

Initial testing by Dr Al-Ameri’s saw shredded plastic waste added to a concrete mix at concentrations of 0.5 percent and 1 percent by weight of concrete, with results showing this made a product that was more durable and significantly more waterproof.

“The 30 percent decrease in water absorption we found is significant and would be expected to improve resistance of concrete to corrosion,” Dr Al-Ameri said.

Having received funding from Fresenius Medical Care – a global provider of dialysis products and services – Dr Al-Ameri and his team hope to conduct more rigorous testing.

“We will use our accelerated weather corrosion tanks in the concrete lab to simulate a marine environment,” Dr Al-Ameri said.

“One month in the lab is equivalent to approximately one year outside, so we can observe the behaviour of the material quickly and efficiently.

“Wet and dry cycles can have a big impact on the durability of the concrete, and sea water has chloride, which is very harmful to both concrete and steel reinforcement.

“So we’re looking for innovations that will help concrete construction of off shore rigs for oil and gas, observation towers, concrete buildings in coastal areas that are exposed to humidity, and marine structures such as retaining walls that are in contact with water.” 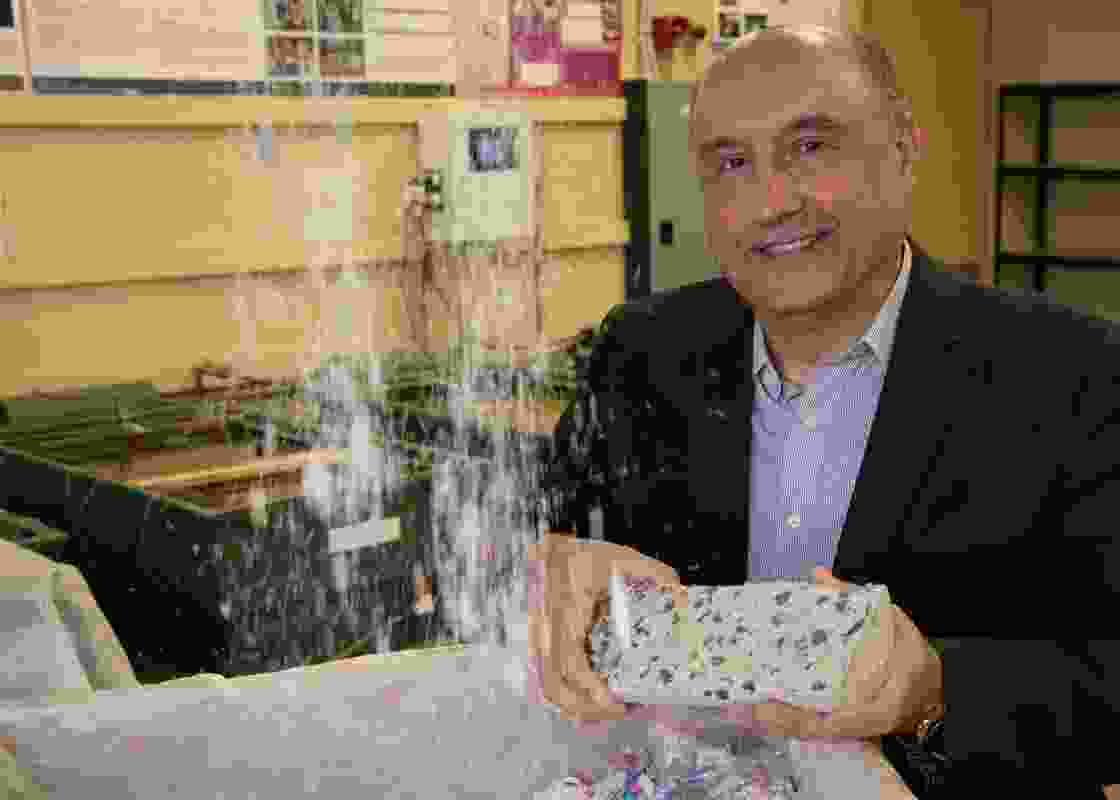 Riyadh Al-Ameri of Deakin University with his medical waste-derived “concrete.” 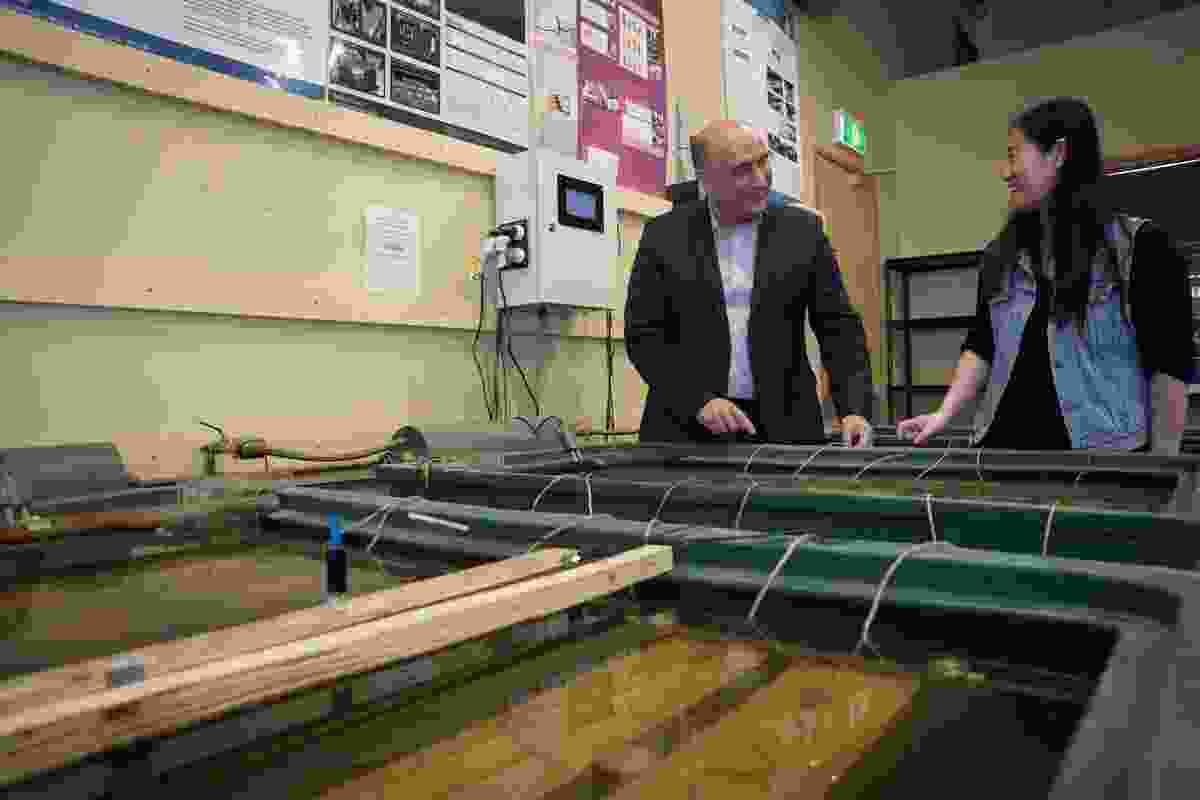