A section of Elizabeth Street in central Melbourne will be pedestrianized, under a finalized design for the southern end of the thoroughfare released by the City of Melbourne.

The release of the design follows the publication of the The Elizabeth Street Strategic Opportunities Plan in May 2019, which proposed to prioritize pedestrian, bicycle and public transport traffic by removing all or most vehicle lanes.

The northbound lane around the tram stop at the Flinders Street end of Elizabeth Street will be removed.

The plan specifically calls for two blocks that contain tram stops – between La Trobe and Little Lonsdale streets and between Little Bourke and Bourke streets – to be eventually completely closed to non-tram traffic. These areas are not dealt with in the designs released today.

In a statement, Melbourne Lord Mayor Sally Capp said, “The corner of Elizabeth Street and Flinders Street is one of the busiest pedestrian intersections in the CBD, with up to 9,000 people pounding the pavement per hour during the morning and afternoon peaks.

“Pedestrians outnumber all other street users on Elizabeth Street but have the least amount of space.”

The lord mayor also said the design is also intended to mitigate flooding during heavy rain and storms.

“Elizabeth Street was once a creek that flowed into the Yarra River and it has been the site of major flooding throughout Melbourne’s history,” Capp said.

“We have seen how quickly and severely the weather can change this summer and we know the trends indicate that we will experience extreme weather events more frequently.”

“Intense storms lead to increased flash flooding and Elizabeth Street remains a low point in the catchment so we have worked closely with authorities while designing this project.”

The new pedestrian space will include planting, street furniture and lighting, as well as a new drainage network to prevent flooding.

The plan noted that increased patronage of the tram system and the increasingly dense foot traffic within the central city have created overcrowding and safety issues. In one comparison, it notes that while foot traffic on the block between La Trobe and Little Lonsdale streets has more than doubled over the period between 2015 and 2018, vehicle traffic dropped over the same period.

Construction of the new space is expected to be complete by late 2020. 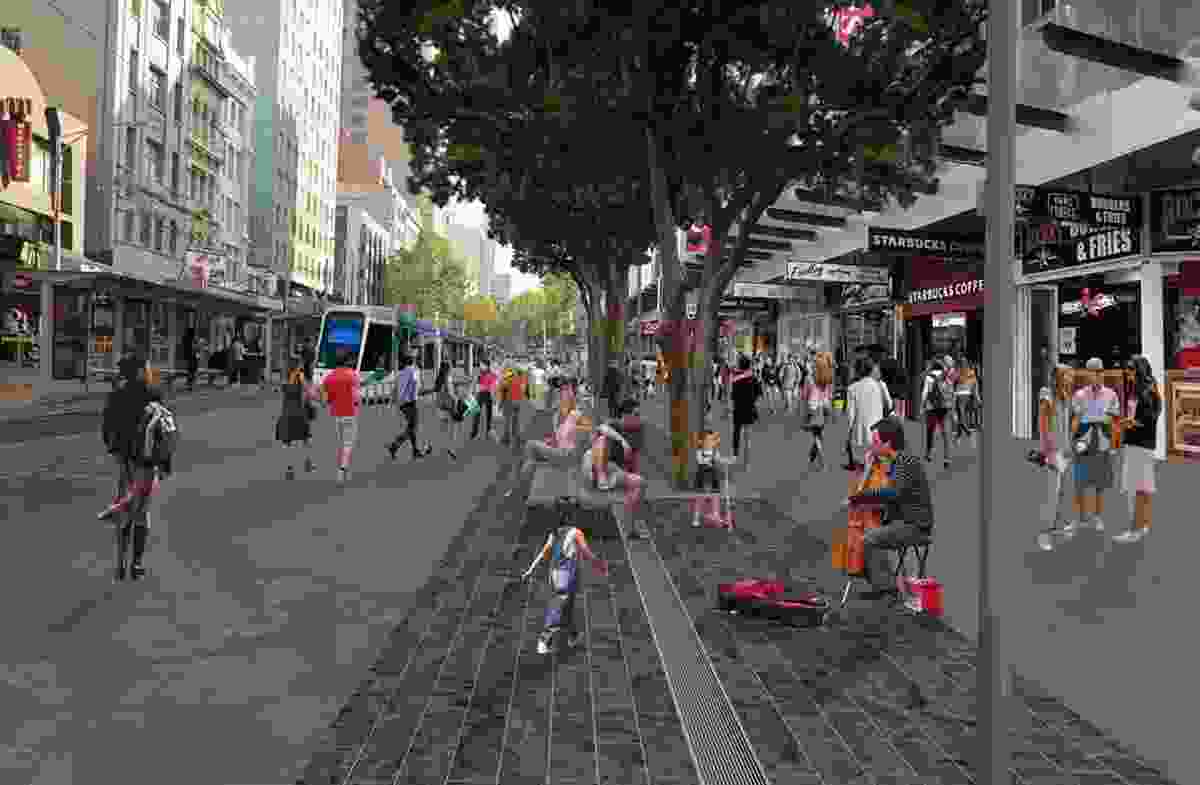