Maitiú Ward reviews a sweeping survey of Melbourne’s cultural identity now on at the National Gallery of Victoria until March 2014.

In a darkened room at the back of the NGV International’s ground floor, chunky pixels of light swirl across a wall before resolving into the distinctive matrix of the Melbourne grid. Greg More’s Data Tapestry is an animation of the “systems of systems” that make up the city. Part Minority Report, part SimCity, it builds on datasets covering everything from water use to tree health, demographics to traffic flows, stitching together a tableau of contemporary Melbourne from an omniscient perspective sure to thrill your inner megalomaniac. A collective portrait for an age of networks, swarms and crowds, the work is a sliver of the NGV’s wildly expansive Melbourne Now exhibition, its so-called “summer blockbuster” show for 2013/2014.

According to More, Data Tapestry only presents data; it doesn’t tell people how to interpret it. This is a little disingenuous, as the selection tells a story about how people use the city and the consequences of that use. They might not be explicitly connected, but someone has picked and positioned these dots. The traffic map, for instance, not only tracks traffic flows, but also relates them to traffic accidents over time, each accident marked by a briefly pulsing square and its associated category, an animated haiku of disaster: “undefined,” “rear end,” “other unexpected conflict” and then, finally, “pedestrian.” Ouch.

In its concept and execution, Melbourne Now, much like Data Tapestry, leans heavily on the logic of the crowd. The NGV has positioned the exhibition as a democratic and inclusive exercise, a sweeping survey of Melbourne’s cultural identity that highlights not just local contemporary art, but also design and architecture. Programming the show through open consultations with artists and the public, the NGV has assembled its very own curatorial swarm: twenty of its specialists supplemented by nearly as many guest curators and collaborators. The outcome is a raucously diverse celebration of Melbourne’s arts culture.

If this is a rare opportunity for the public to engage in the what, when, why and how of architecture, not to mention understand it in relation to the rest of Melbourne’s cultural landscape, then it’s partly an opportunity missed.

As NGV director Tony Ellwood writes in his foreword to the exhibition guide, this is the first time that the NGV has placed local design and architecture practices in the context of a wider survey of contemporary art. Local contemporary art, never mind architecture and design, has long got short shrift at the NGV International, so he and his team are understandably proud of this initiative. The emphasis in the galleries, though, seems to be more on the placing of art than on the contextualizing of practice – artistic, architectural or otherwise. If this is a rare opportunity for the public to engage in the what, when, why and how of architecture, not to mention understand it in relation to the rest of Melbourne’s cultural landscape, then it’s partly an opportunity missed.

The exhibition of Leon van Schaik’s ideograms in NGV Australia is a case in point. Spectacularly scaled and spread across an entire wall, through words and images these hand-drawn works document van Schaik’s critical response to the buildings of a number of local practitioners. Van Schaik produced these ideograms partly as a prelude to writing critical essays for local and international publications, but the gallery has presented them almost as pure artefacts, with no obvious reference to the buildings they respond to or the articles they informed. Through his critical practice, his teaching and his close involvement in the procurement of architecture at RMIT and elsewhere, van Schaik has contributed significantly to Melbourne’s architectural culture. As artefacts these ideograms are intriguing, but awareness of this ecology is essential if the viewer is to understand them.

Sampling the City, the component of Melbourne Now with the most explicit architectural focus, likewise sparks curiosity, even wonder. Its largest room is devoted to a cinematic presentation that wraps you in four walls of shifting imagery, capturing the work and words of Melbourne’s architectural community. The presentation is in five parts, reflecting the themes of representation and the city, craftsmanship and materiality, art-engaged practice, stitching the city and bio-futures/advanced architecture. Day-glo posters announce the themes in bold text: “The hard-won literacy of our profession embraces practices outside of our own. Doing so has established a tribute to our companions, a house that would receive the wolf of Gubbio” (art-engaged practice); “Computational and manufacturing advancements will appeal to the new metrics of dexterity and delight. The future will see maenads and satyrs converge around a reimagined Dionysus. And she will be beautiful” (advanced architecture).

The language is perplexing, but these strident proclamations do pique your interest in the ideas they represent, begging for explanation. That explanation is not forthcoming, with little by way of text and even the sound-bite quotes accompanying the presentation unattributed. The work, while beautifully presented, struggles with the same lack of contextual background that plagues van Schaik’s ideograms.

In the July 2013 issue of local arts periodical un Magazine, Aodan Madden and Beth Rose Caird wrote a pre-opening “speculative review” of Melbourne Now, critiquing its novel curatorial approach. “What prevails is a suffocating consensus, which, in the case of the NGV, has morphed from an in-house treadmill dictated by closed-circle power, to a consumer-driven merry-go-round dictated by collaborative and horizontal structures.”

Speculation it may have been, but they were on to something – there is an element of co-option here. Most of the work represented, architectural and otherwise, is worthy and the individuals involved in bringing this all together for us to enjoy, and free at that, deserve our gratitude. They are a good sample, well known and respected by the communities the NGV has called on them to represent. In the face of this, it might seem a little churlish, sour even, to be heckling from the sidelines.

This desire to self-censor notwithstanding, the problem is the lack of any clear line of interpretation. Wandering around the vast, nebulous offerings on show at Melbourne Now, sprawled across both the NGV International and NGV Australia galleries, I felt a creeping nostalgia for the dictator of old’s familiar iron grip, an authority to make sense of it all … someone, at least, to help us connect the dots.

Melbourne Now is on at the National Gallery of Victoria until 23 March 2014. 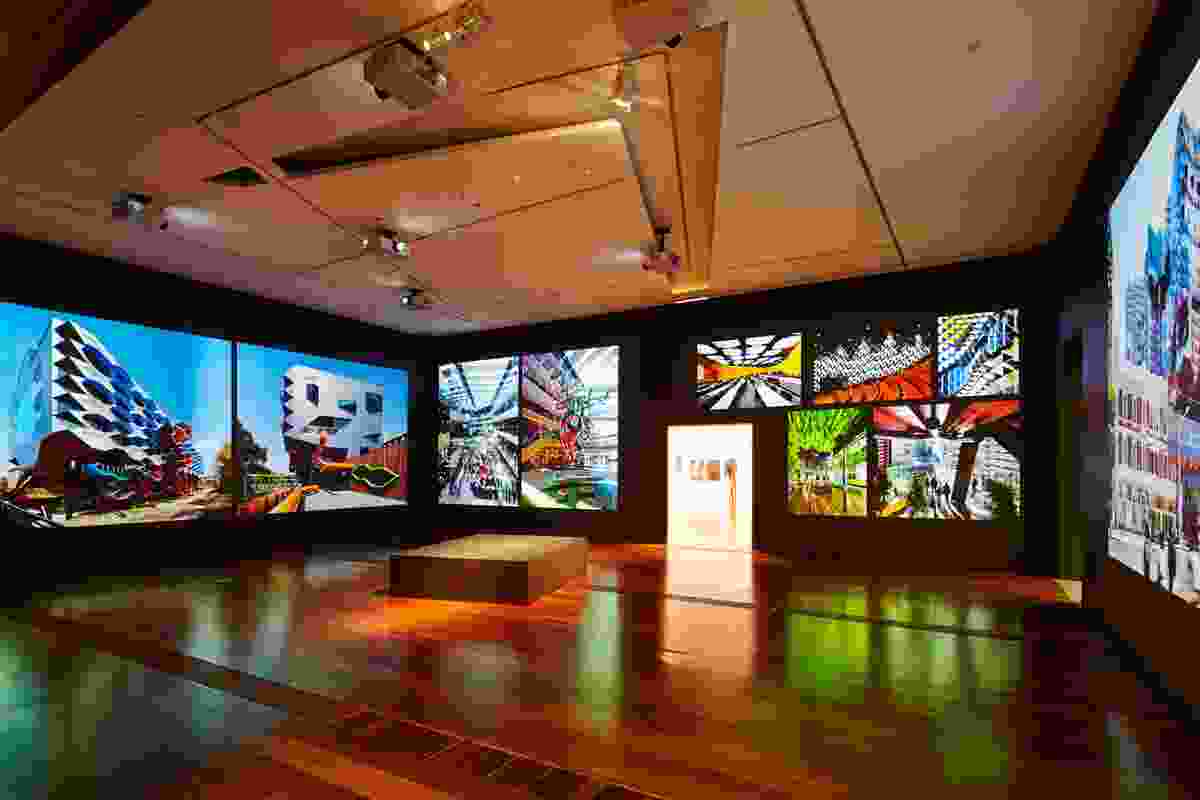 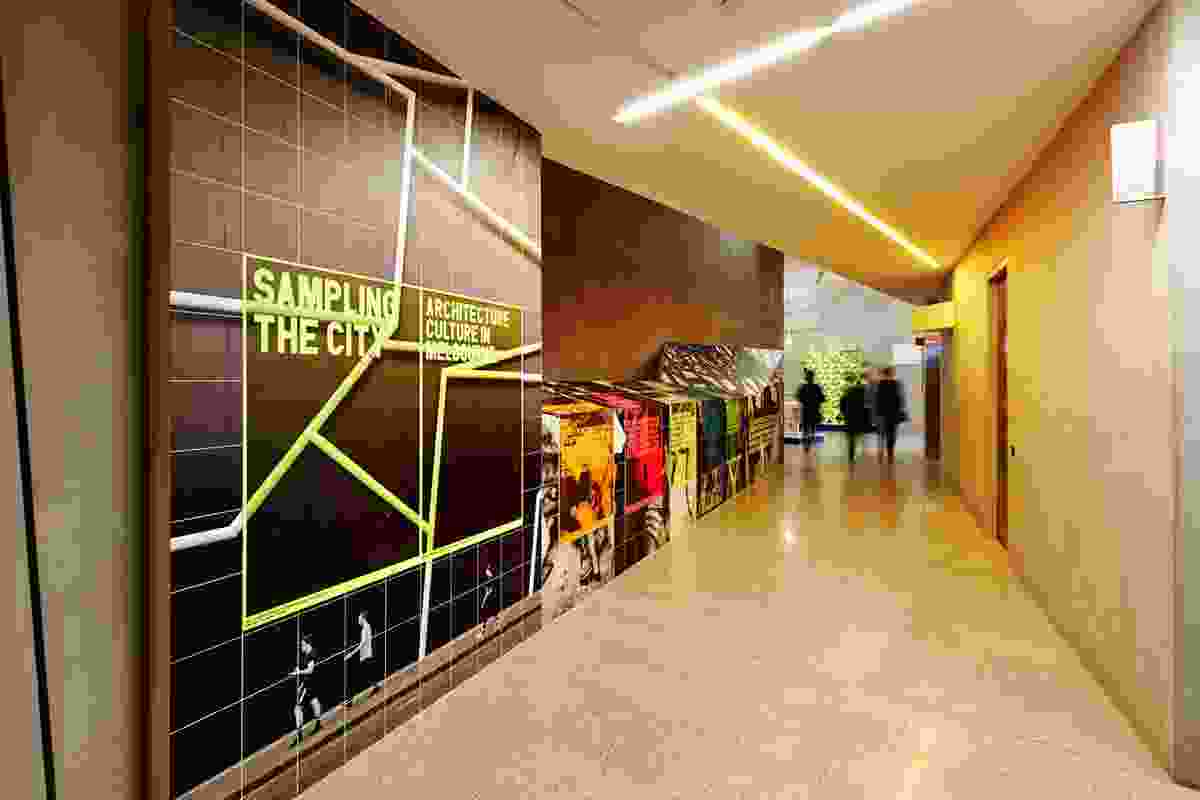 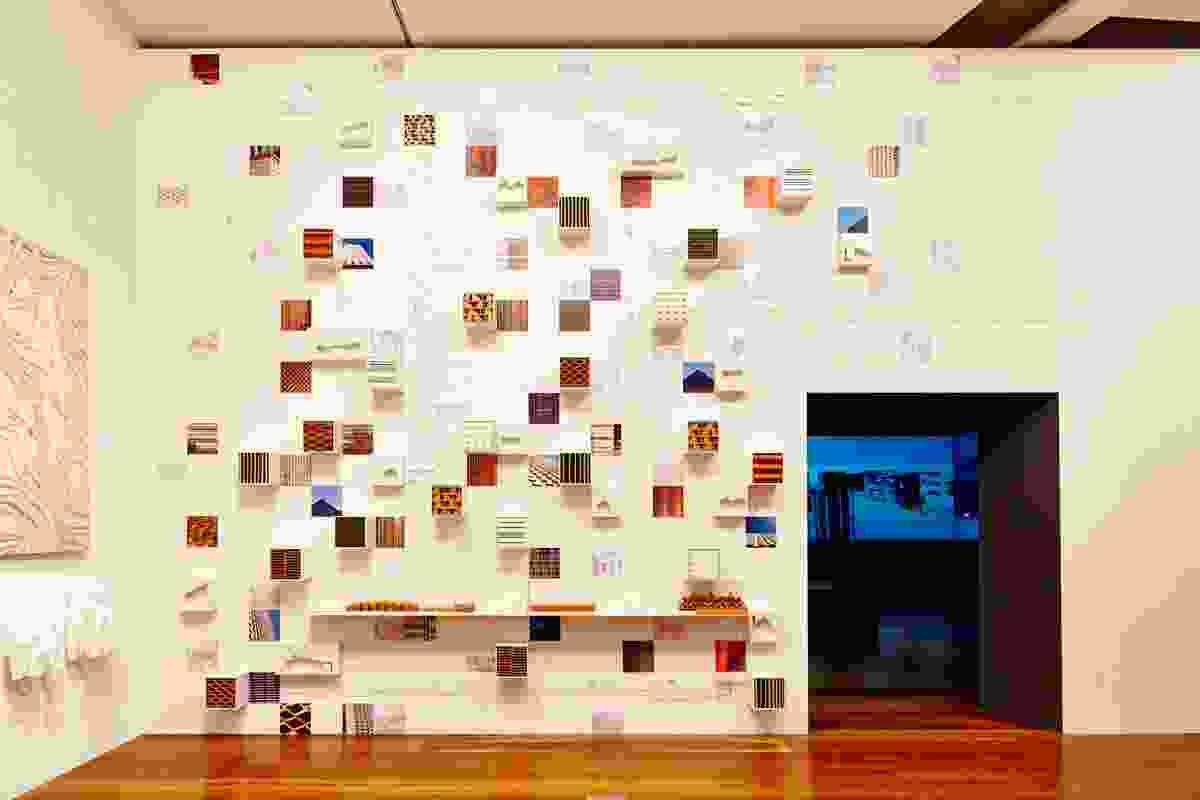 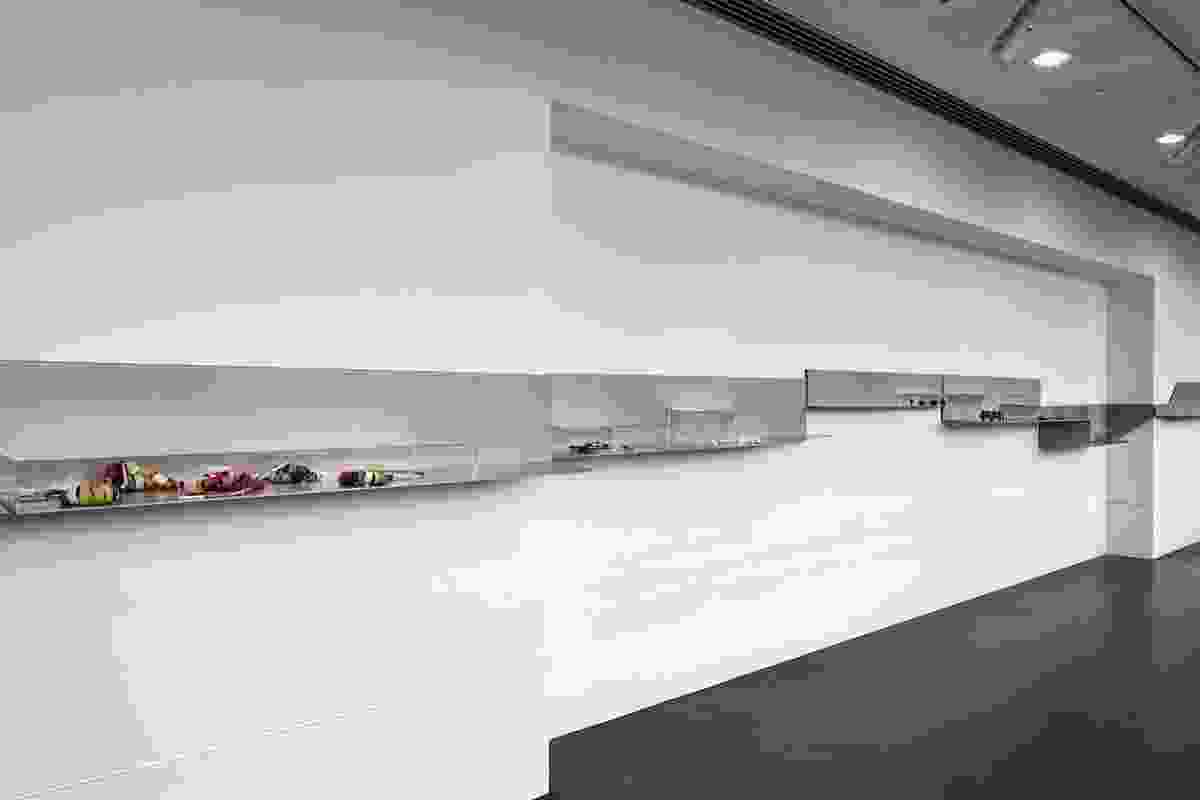 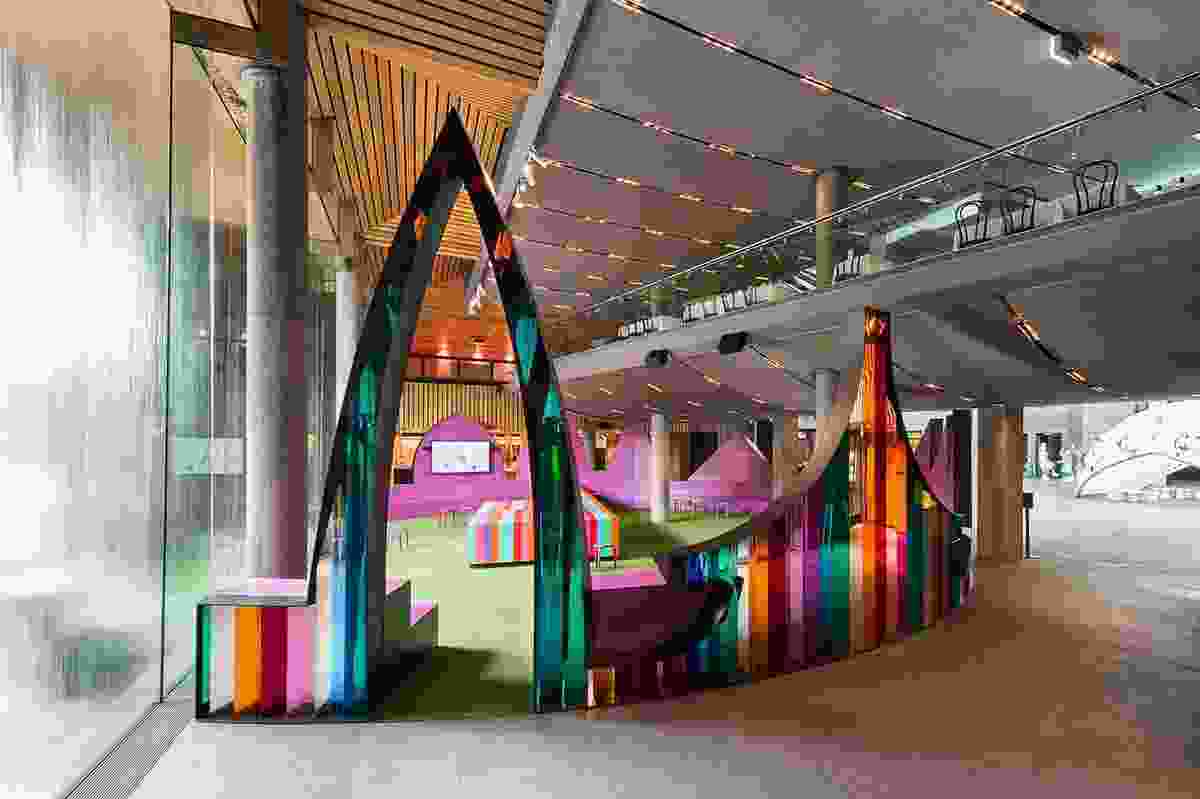 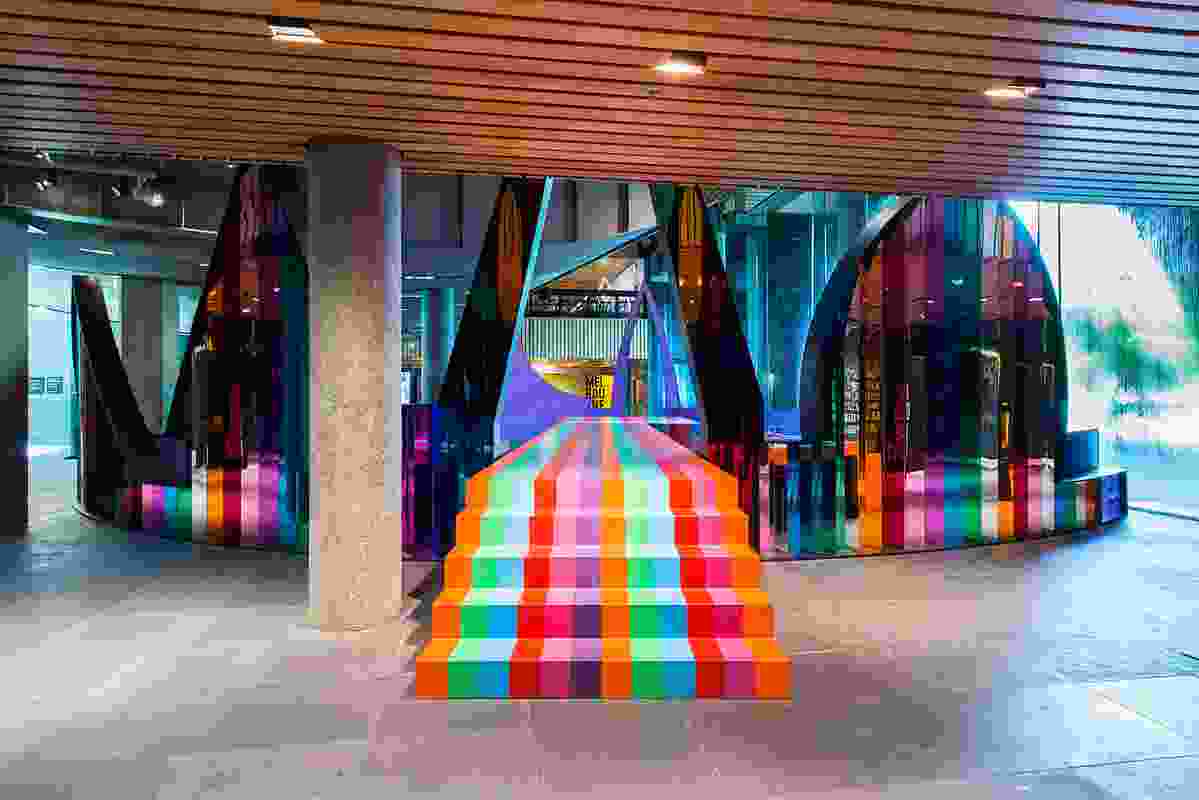 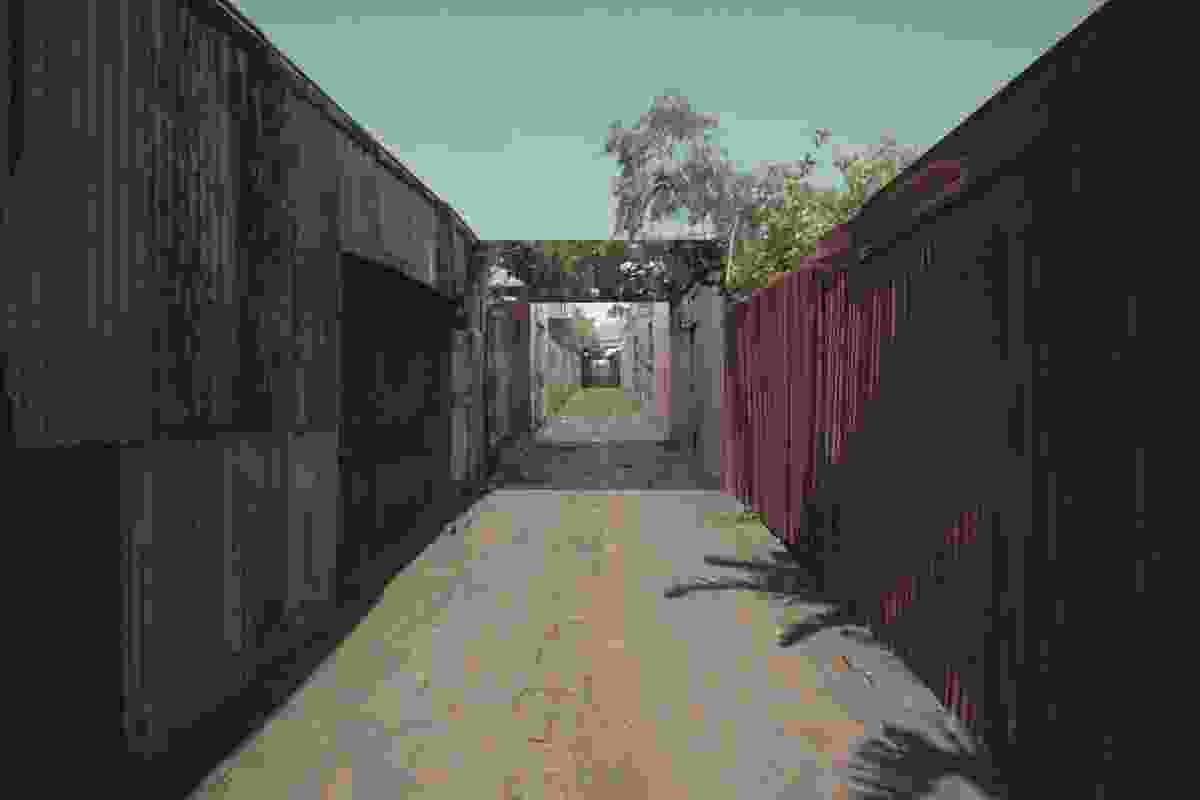 Daniel Crooks, An Embroidery of Voids, 2013. 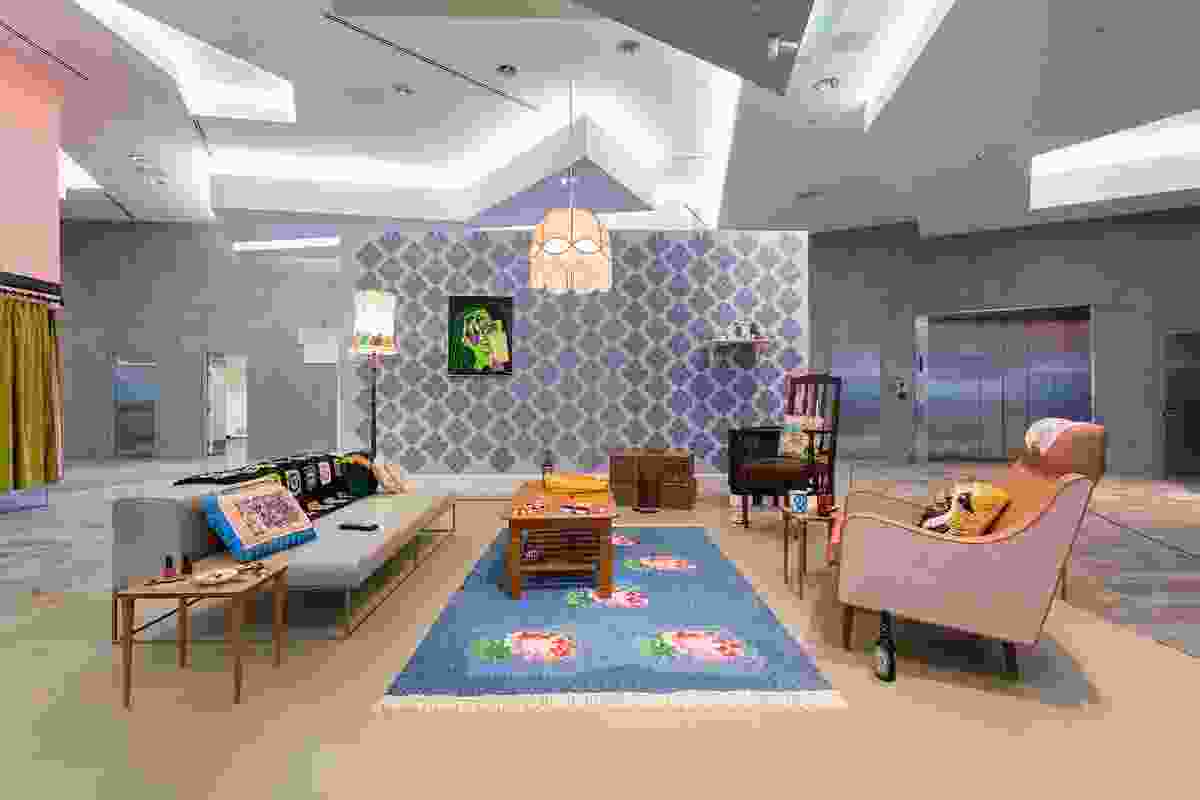 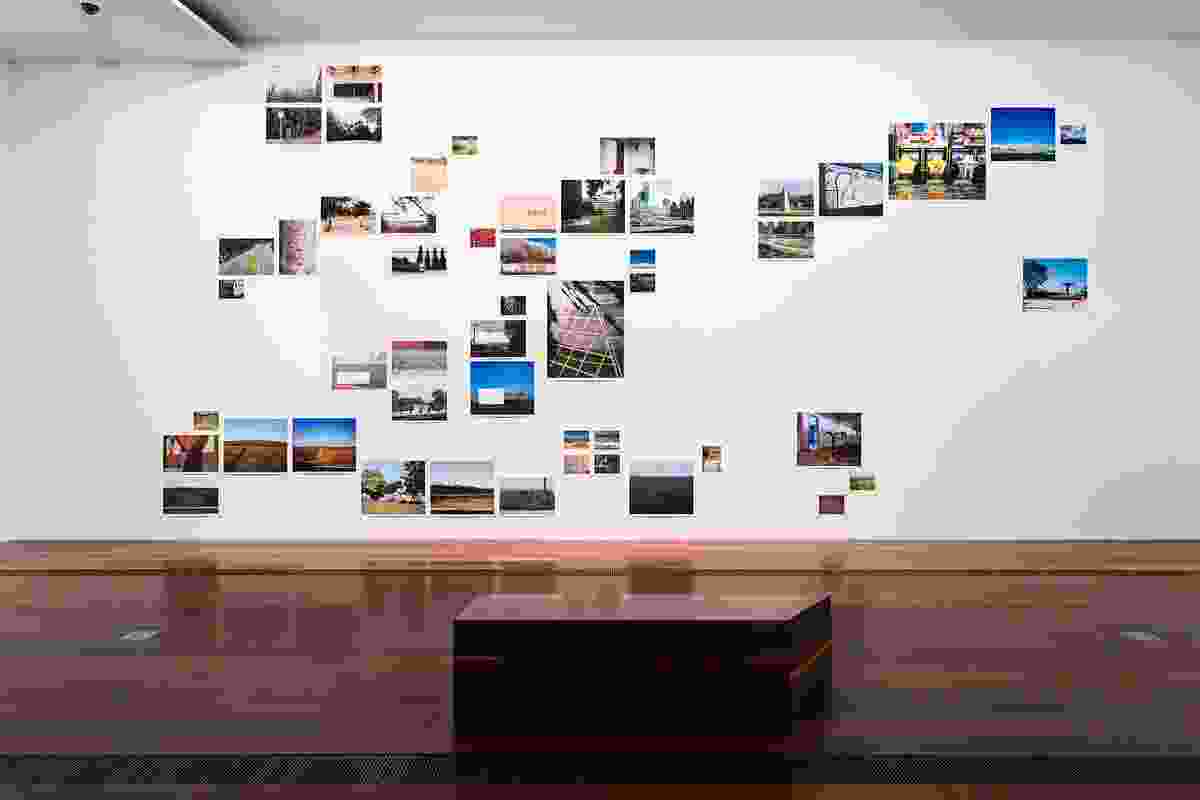 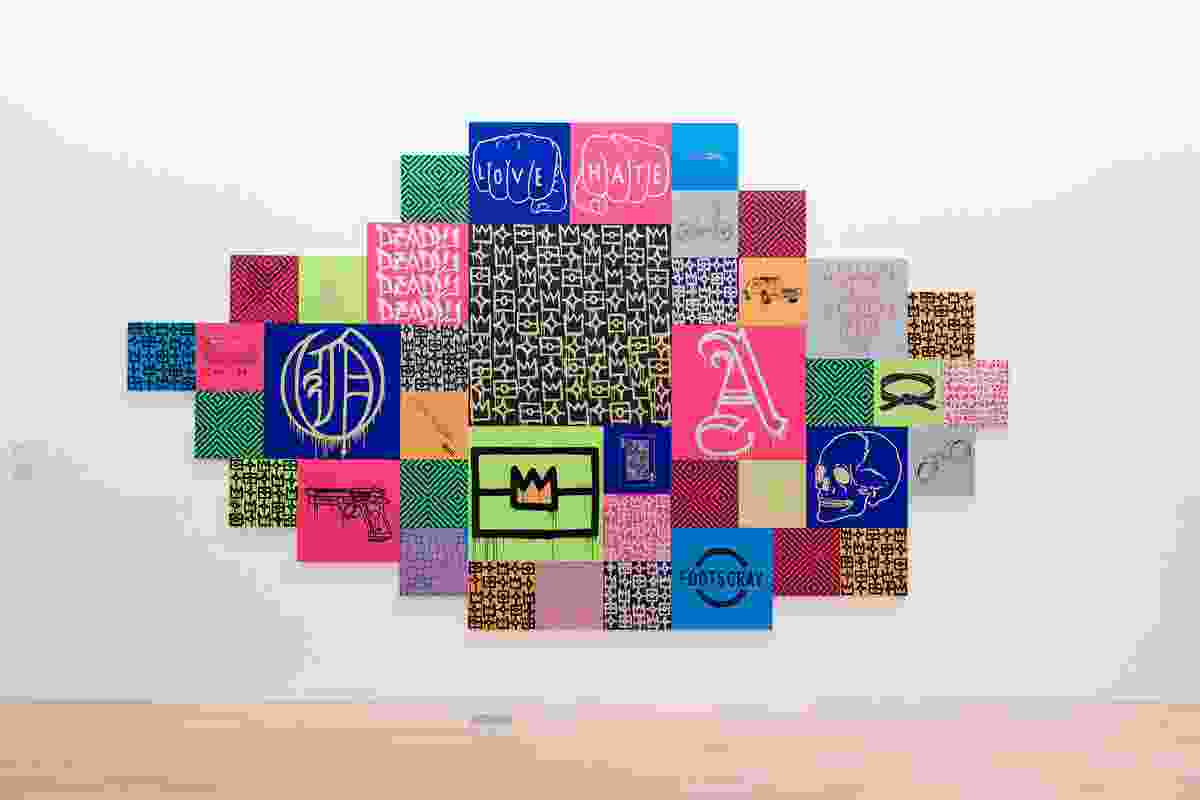 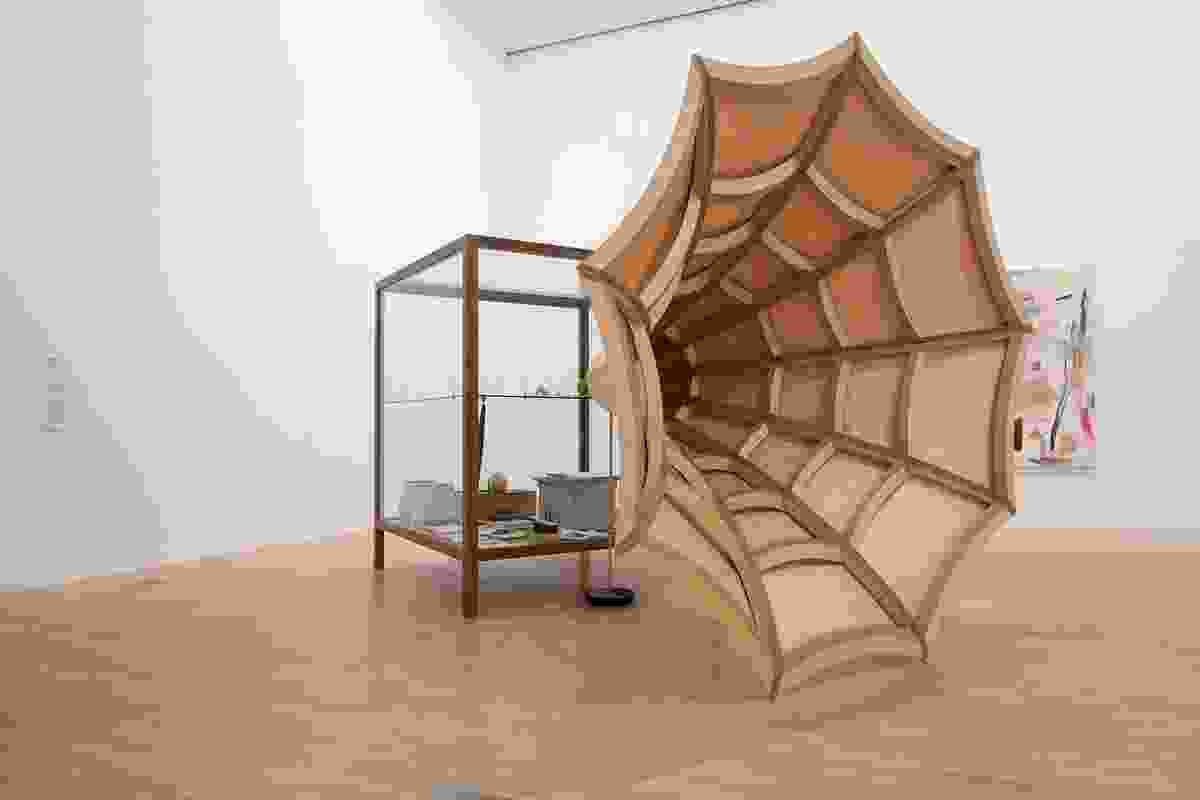 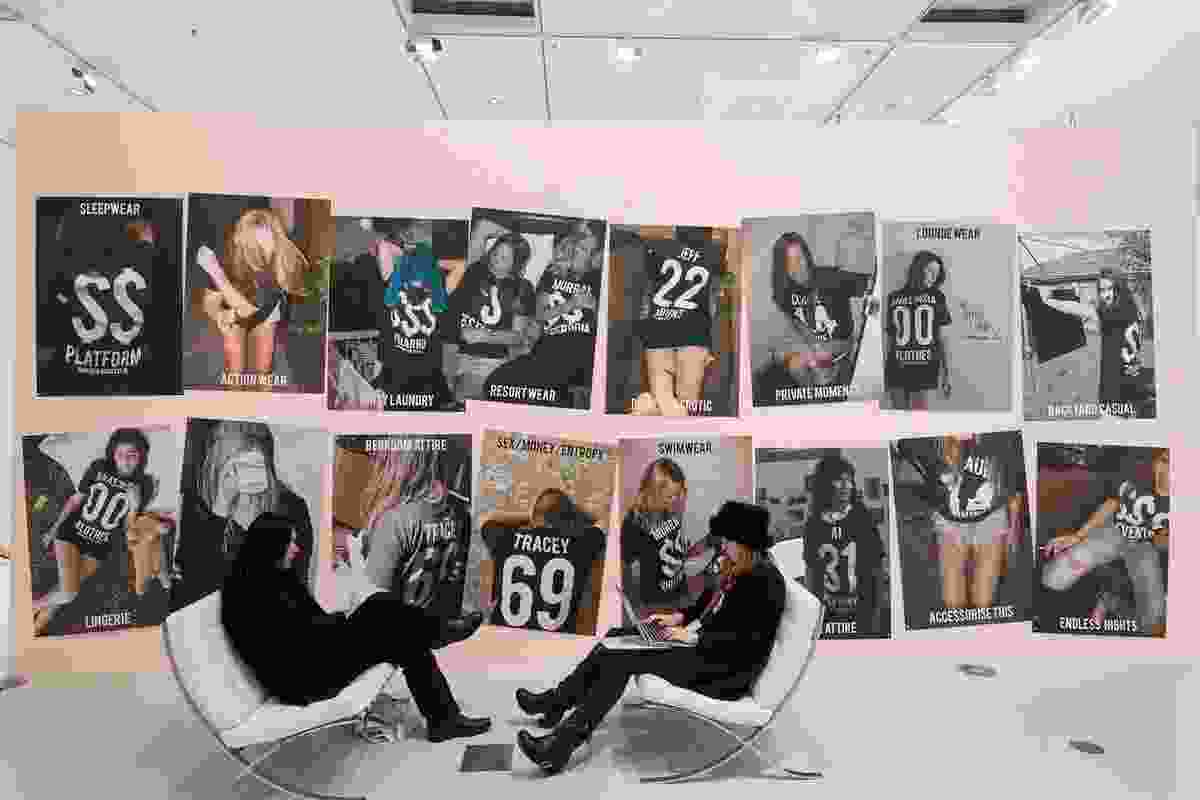 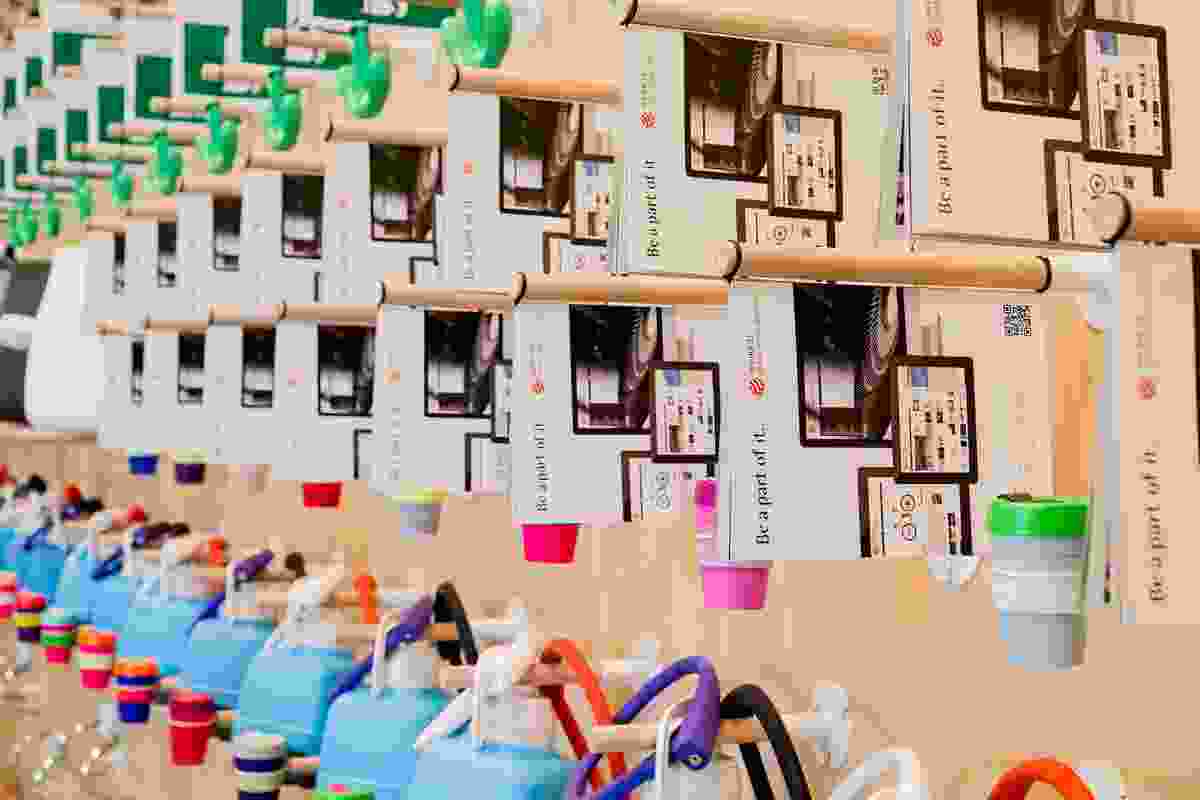 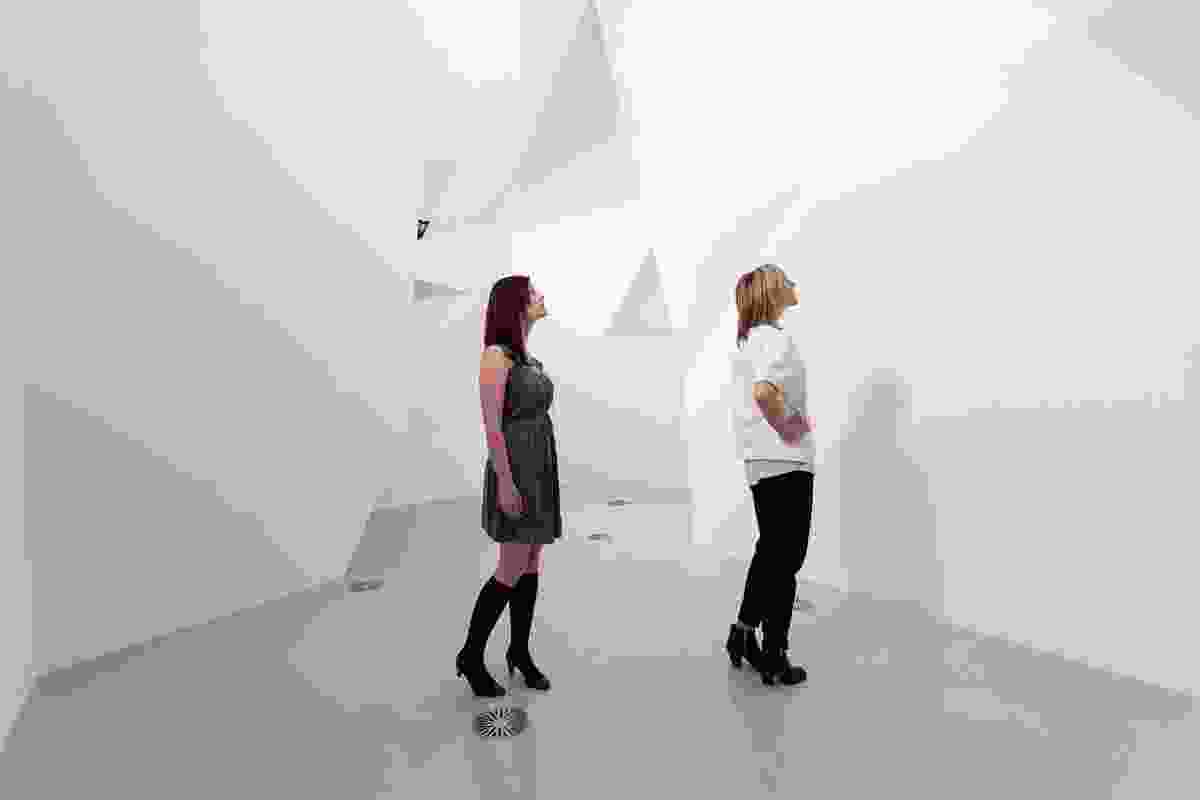 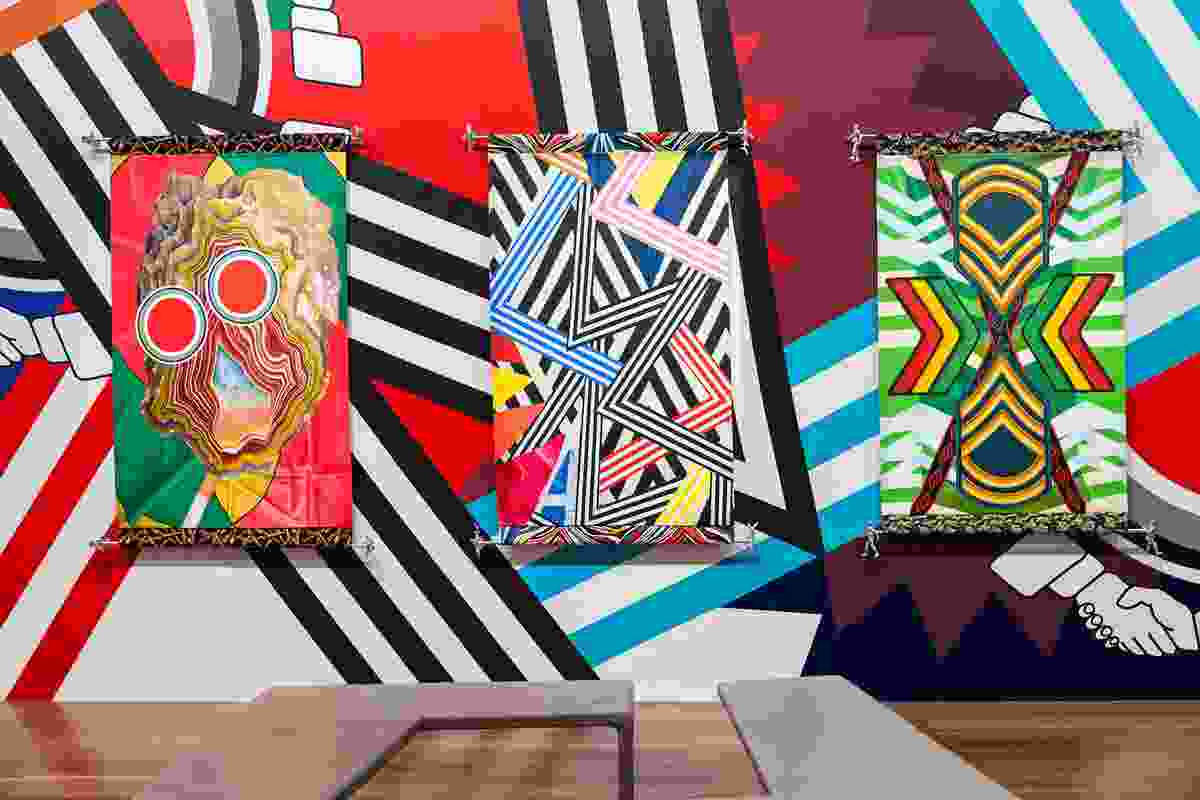 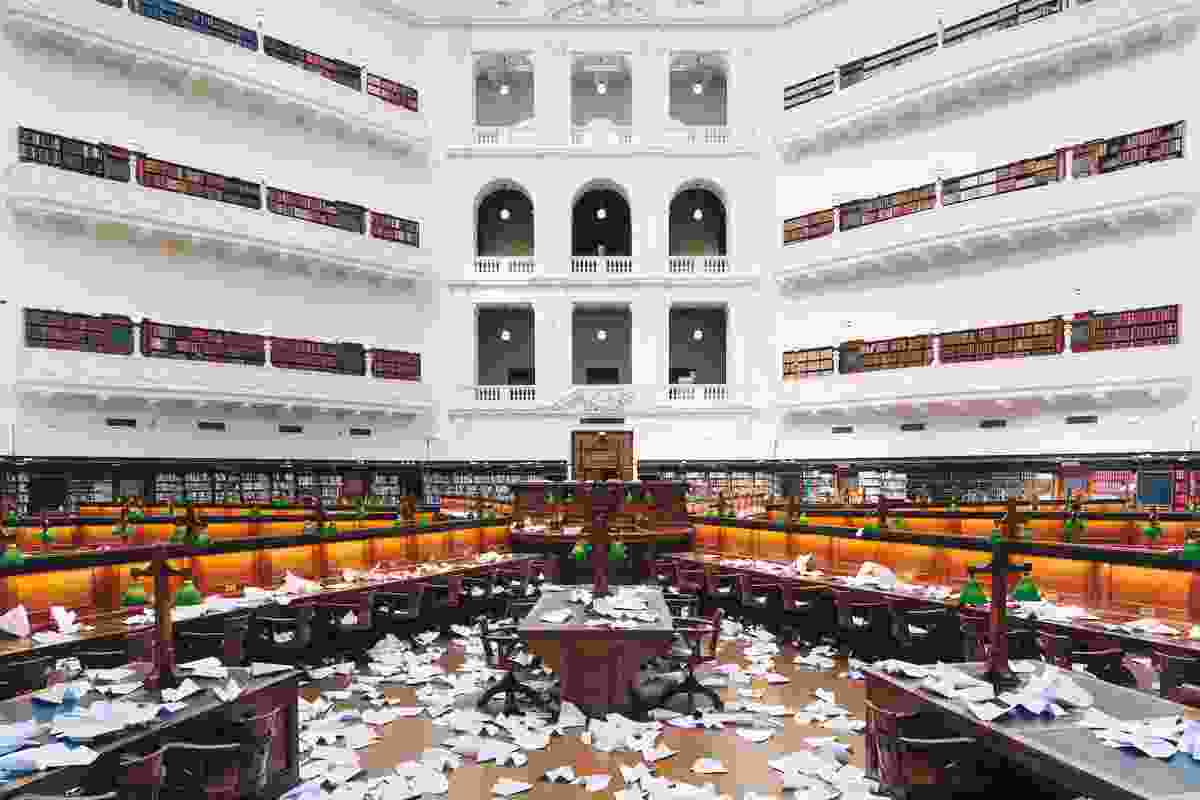 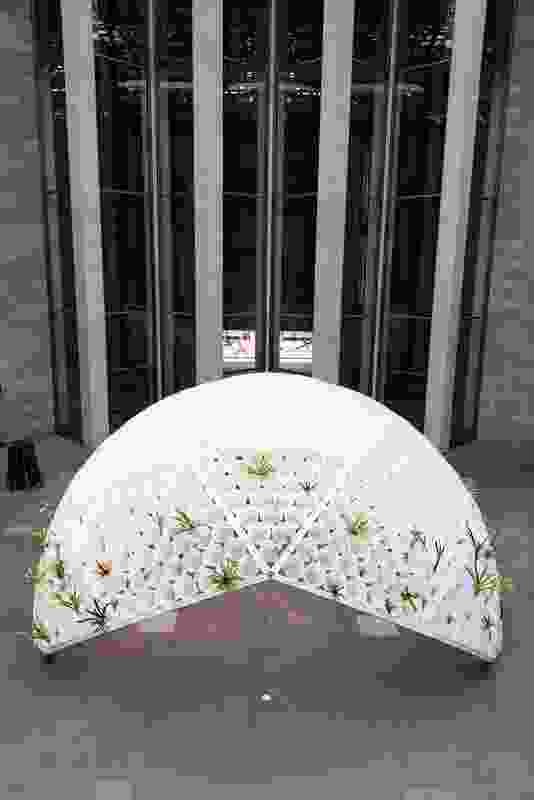 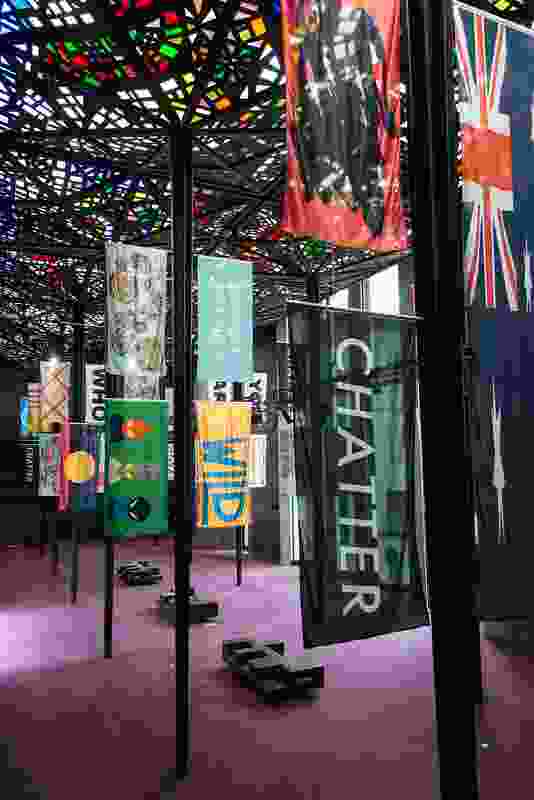