City of Melbourne wants green roofs, but will they get their wish?

City of Melbourne wants green roofs and solar arrays on rooftops, but without any policies in place, will they get their wish?

The City of Melbourne has created a map of rooftops across the municipality in an effort to uncover under-utilized spaces that could be used for energy production or vegetation.

The Rooftop Project has identified 880 hectares of space, equivalent to five times the size of Melbourne’s largest park, with the potential to house solar panels, green roofs or cool roofs that reduce the amount of heat transferred to buildings below.

“Most of these rooftops are used only to store heating and cooling equipment,” said Lord Mayor Robert Doyle. “We could set them up to generate clean energy, increase property values and cool temperatures within the city.”

The council hopes the mapping would encourage residents and business owners to consider their roof spaces as productive resources that could help the environment.

However, the project has been met with scepticism by some.

Local business owner and sustainable designer Joost Bakker, of Greenhouse, Silo and Brothl fame, is highly critical of the initiative. “The City of Melbourne spends a lot of time discussing, doing reports, setting up teams to talk about green roofs and talking to the media about how they support this stuff, but there’s very little concrete action,” Bakker told ArchitectureAU.

In 2013, Bakker’s own rooftop farm project was rejected by the council because it was “2.4 metres over the 30 metre height limit,” he said. Bakker had secured $5.5 million of investment and a 20-year lease but says he was forced to spend the next 12 months visiting over 30 properties with little help from the council, despite in-principal support for his project.

Bakker has since abandoned any attempts to build a green roof in the City of Melbourne.

Landscape architect Sigrid Ehrmann, who attended the International Green Roof Congress in Germany, also has concerns about the accuracy and efficacy of the mapping and said more action is required from the authorities to make green roofs a reality.

“While initiatives like the City of Melbourne’s green roof mapping is a great promotion tool, what is really required are regulations and actions introducing Australian Standards and building codes for both extensive and intensive green roofs to increase the confidence of clients and contractors in the construction of green roofs,” she said.

“There is also a need for wider planning regulations both on a national and local level to create a legal framework for the inclusion of green roofs in new building construction. The initiatives could be both incentive based, like start-up grants and subsidies, and regulatory instruments such as legal requirements prescribed in planning regulations.”

Currently, 38 green roofs and 40 rooftop gardens exist in the Melbourne CBD, covering a total area of only 5.4 hectares – less than 10 percent of the total 564 hectares the council has identified as suitable for green roofs.

The council’s research shows up to 637 hectares of roof space (particularly on large commercial and industrial buildings) could be used for solar panels. Rooftops in the CBD, Port Melbourne and Docklands are amongst the 236 hectares suitable for intensive green roofs, and 328 hectares for light-weight green roofs. There is also an additional 259 hectares suitable for cool roofs.

“We want to work with the community to help reduce power bills and increase employment within the renewable energy sector,” said Councillor Arron Wood, chair of City of Melbourne’s environment portfolio. “Rooftop solar will play an important part in helping us to reach our target of sourcing 25 per cent of the municipality’s electricity from renewable energy by 2018.”

In 2014, the City of Melbourne released the Growing Green Guide, a free guide to the design, construction and maintenance of green roofs, walls and facades in Melbourne and Victoria.

City of Melbourne wants green roofs, but will they get their wish? 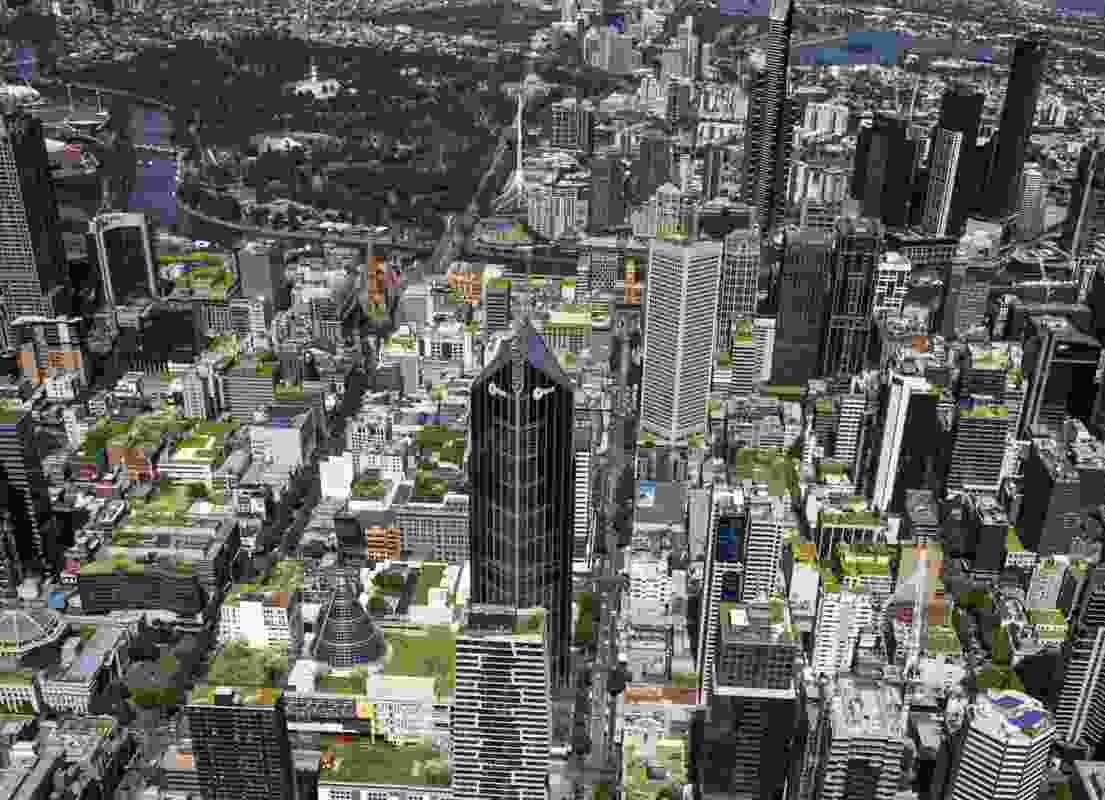 City of Melbourne wants green roofs and solar arrays on rooftops, but without any policies in place, will they get their wish?