The Victorian government has signed an agreement with the Australian Football League (AFL) that will pave the way for the redevelopment of two major sports stadiums in Melbourne – the Melbourne Cricket Ground (MCG) and Etihad Stadium in Docklands.

The government will allocate $225 million to the project in its upcoming 2018/2019 budget, which will include upgrades to the Etihad Stadium Sports and Entertainment Precinct for rectangular sports fields (such as soccer and rugby) and improvements to the women’s change room facilities.

As part of the agreement, AFL grand finals will be held at the MCG until at least 2057. “The long-term security provided by the deal will enable the Melbourne Cricket Ground Trust to undertake a major redevelopment of the MCG,” the government said in a statement.

Premier Daniel Andrews said the upgrades are required for the state to remain competitive in sports infrastructure.

“If you don’t invest in those things then others pass you by,” he told ABC Radio.

“New South Wales is doing this, obviously Queensland will have a whole lot of legacy stadiums and other benefits coming out of the Commonwealth Games.

“Adelaide Oval [has] been completely rebuilt and of course Perth’s got a stadium they’ve spent $1.5 billion on.”

The MCG was established in 1853 and is “one of the oldest and largest-capacity, contained sporting venues in the world,” according to the Victorian Heritage Register. It has had a number of architecturally significant grandstands in its 165-year history including the Members Pavilion by Stephenson and Meldrum (1927), which has now been demolished, and the Great Southern Stand designed by Daryl Jackson in association with Tompkins Shaw and Evans, built in 1992. The Great Southern Stand received 1992 Victorian Architecture Medal and the Sir Zelman Cowan Award for Public Architecture in 1993.

The Members Pavilion and three other stands were replaced by the Northern Stand, designed by the MCG5 Sports Architects consortium, which comprised Jackson Architects, Cox Architecture, Tompkins Shaw and Evans Architects, HOK and Hassell, and was completed in 2006 for the Commonwealth Games in Melbourne. It received a National Commendation for Public Architecture at the 2008 National Architecture Awards.

Etihad Stadium (originally Docklands Stadium) was built in 2000 and designed by Daryl Jackson in association with Bligh Lobb and Populous. It was the flagship project for the stadium precinct in the Melbourne suburb of Docklands. The AFL purchased Etihad Stadium in November 2016. The stadium is also the headquarters of the AFL.

In 2017, the AFL’s national venues manager told an audience at a Docklands Networking Lunch that the league had wanted to redevelop the stadium and surrounding precinct to also included an 11-storey retail and hotel complex with a 1,500-seat ballroom that could host the Brownlow Medal ceremony.

In 2015, the City of Melbourne approved a 10-year masterplan for Harbour Esplanade in Docklands produced by Hassell. At the time, then-lord mayor Robert Doyle called for the walls of the Etihad Stadium on the waterfront side “to be refitted with windows, in a significant redevelopment to embrace lost views of Victoria Harbour,” reported The Age.

The $225 million allocation will also include the redevelopment of Ikon Park in Carlton North to become home of women’s football in Victoria; upgrades to Whitten Oval, Victoria Park, Casey Fields and stage two of the redevelopment of Moorabbin Oval, as well as a masterplan for the State Basketball Centre. 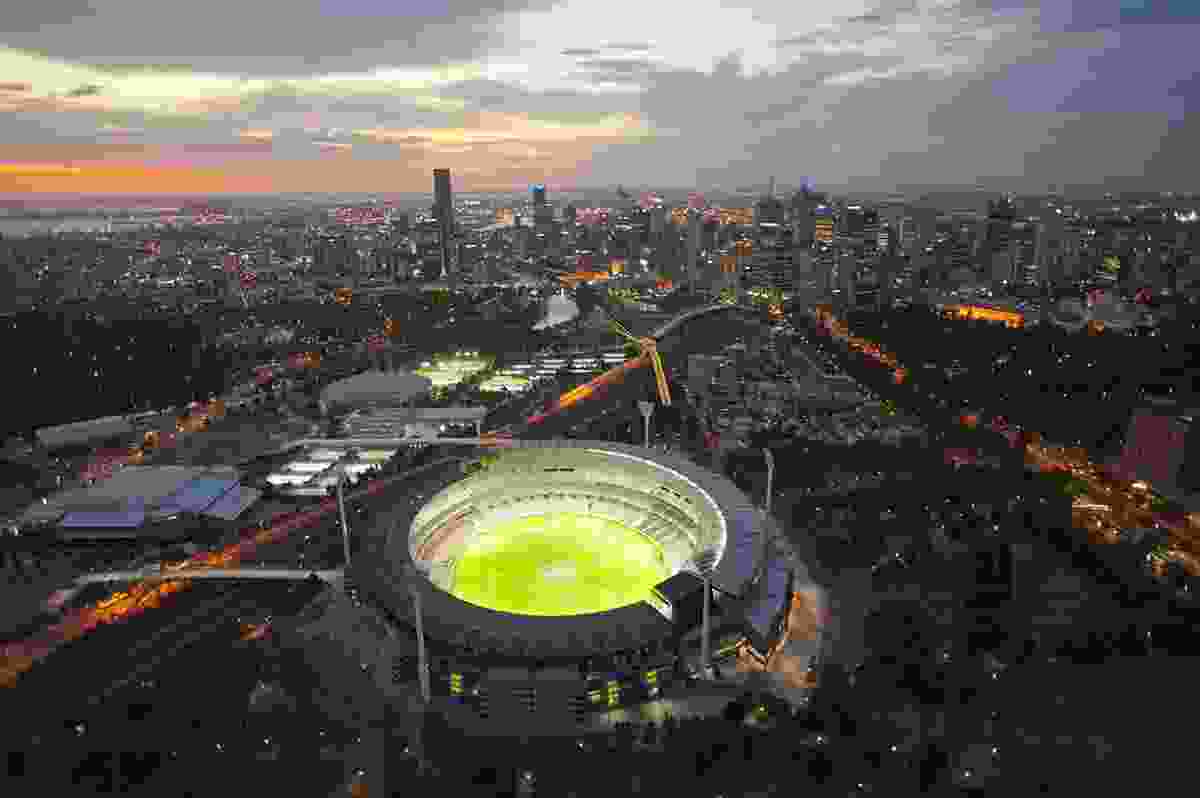 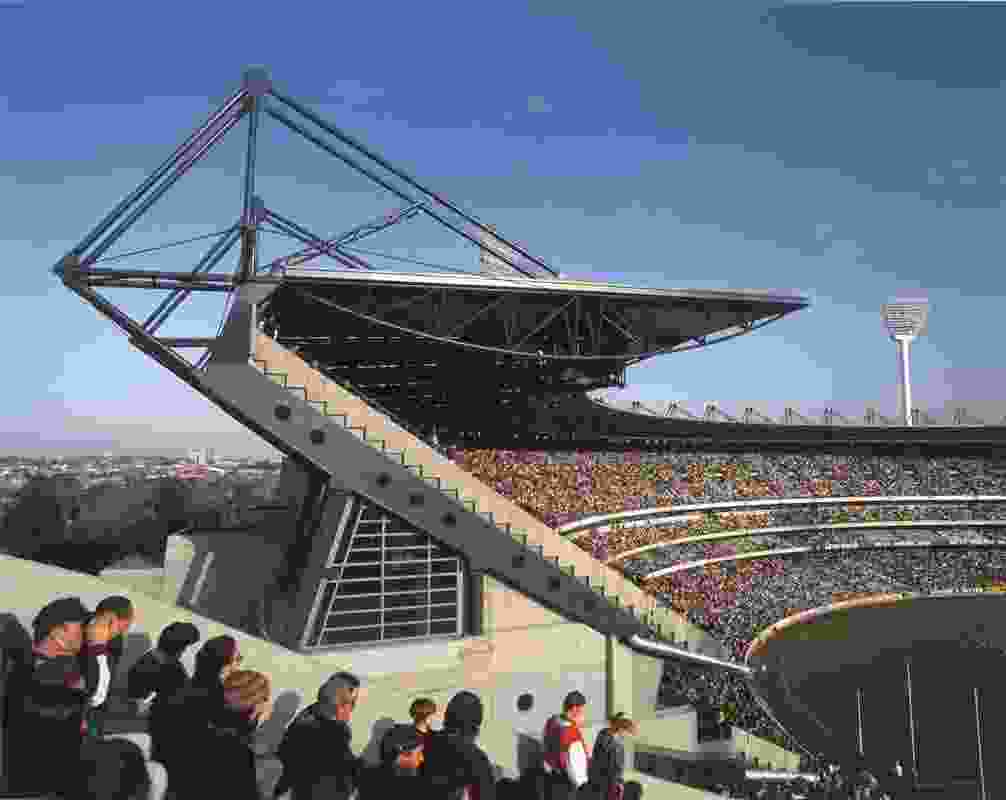 The Great Southern Stand at the MCG designed by Daryl Jackson in association with Tompkins Shaw and Evans, 1992.

Etihad Stadium designed by Daryl Jackson in association with Bligh Lobb and Populous, 2000.