MetecnoKasset installed in the Yorkshire Apartments by Hayball.

Australian-manufactured facade system MetecnoKasset is the first to pass all the criteria of the new Australian Standard AS5113:2016 Fire Propagation for Exterior Walls, which came into effect from March 2018.

AS5113 is aimed at improving the safety of Australian building systems with specific pass/fail criteria and is more stringent than any international standard.

Manufactured by Metecno PIR, part of the Australian Bondor Metecno Group, MetecnoKasset passed AS5113 as a conforming curtain wall system for commercial and multi rise construction after almost a year of rigorous testing.

“MetecnoKasset meets AS5113’s more stringent criteria including for falling debris and radiant heat that are not found in European or American standards,” he said.

“The other great advantage of the system is that it can be installed from inside the building which reduces the need for perimeter scaffolding making the fitting process safer, cheaper and faster.

Developers of the Yorkshire Brewery Apartments in Collingwood, designed by Hayball, used the system as part of its conversion of the heritage-listed building into a modern 15 and 17 storey tower development.

“The new lightweight system together with a traditional installation method significantly reduced the labour costing and program times without relying on the site crane other than floor loading,” Richman said.

The installation cycle on average was two floors per week, without the need for any external access. 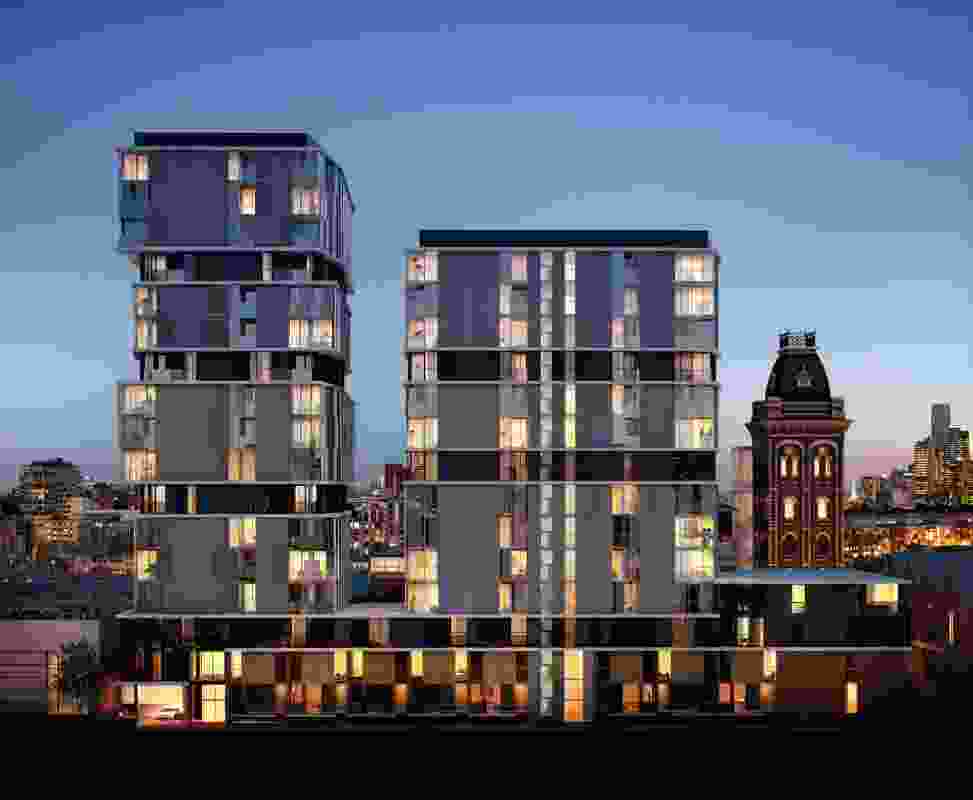 MetecnoKasset installed in the Yorkshire Apartments by Hayball.