The University of Melbourne’s Graduate Union will have a new accommodation and academic hub to house 140 post-graduate students, alumni and visiting academics.

The building, designed by MGS Architects, will be be constructed at the rear of the Union’s existing residential college – a historic row of terrace houses in Carlton.

The Graduate Union was established in 1911 and in 1957 it purchased the Gladstone Terraces, located at 200-234 Leicester Street at the edge of University Square.

The new development will retain the front and interior of the terraces while adding a 10-storey building to the back.

The building will house expanded administration, membership and public functions for the Graduate Union across the first three above-ground floors. The remaining seven floors will accommodate 130 apartments, a public cafe, administration offices, study spaces, members-only spaces, and conference facilities for post-graduate students and fellows of tertiary institutions and visiting academics.

The building will also have a five-level basement with a gym, laundry and 33 car parks.

The design of the building’s facade is an abstraction of an image of a butterfly wing.

“The significance of the butterfly [is] a symbolic one in reference to transformation,” said MGS Architects director Eli Giannini. “We have used this symbolism as a loose reference for the transformative power of education (one of the strong missions of Graduate House) and to signal an optimistic view for the future of the academic community and the considerable contribution we hope it will make to environmental initiative for this building.”

The Graduate Union had a desire to create a building that would be “a showcase for leading edge facade technology and material experimentation,” Giannini continued.

“The facade finish is a combination of a photocatalytic coating which has the ability to neutralize air pollution.” 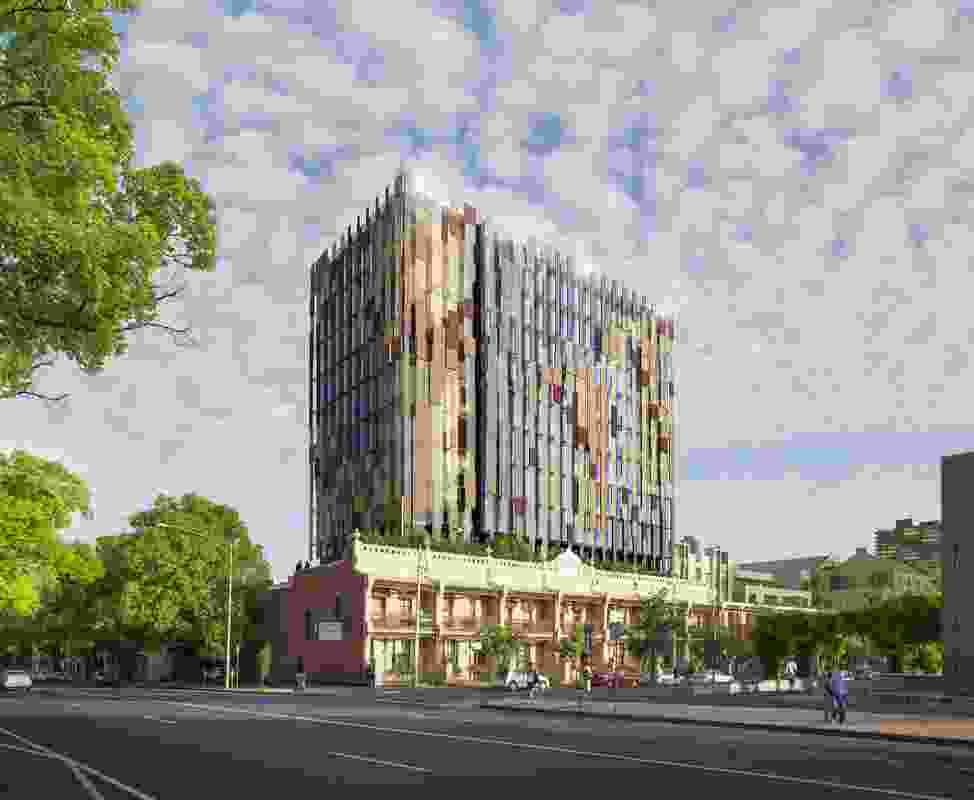