A store in the centre of Milan, designed for Italian jewellery brand Dodo, shows why Paola Navone is sought after as a creator of magical experiences.

Italian jewellery brand Pomellato chose the Dodo bird, which lived in Mauritius before it became extinct, for the name and logo of a special line of its jewellery. The range consists of small pendants in the shape of little animals, each with its own character: a lamb, a wolf, a donkey, a swallow, a panther, a butterfly, a crab, a falcon, a hen, a snail, a serpent, an owl and many more.

The brand has been a supporter of the World Wildlife Fund from the beginning, and its strong ties to the natural world were the starting point for Paola Navone’s design for Dodo’s flagship store in Milan. Located in one of the most elegant shopping streets in the city centre, the store, over three floors, takes up the space once occupied by Alessi.

Green grass-like elements and a wall of fake roses in red and pink in the shop window attract the attention of passers-by, while a bronze, sculpture-like lamp by Frederik Molenschot dominates the entry. Walls are treated as a base for tiles and feature stripes that resemble lines drawn in sand. Metal mosaic floors lead visitors via the staircase or elevator to the basement floor, which is used for the presentation of special collections. Red polka dots on the wall, large wooden tables and red poufs create a playful mood. The upper floor can be reached only by elevator and reveals a secret area with elegant sofas and a cosy atmosphere. This space features the same large, primitive wooden tables found in the basement and on the entrance floor, with coloured Gervasoni poufs designed by Navone, whose work was featured at the Milan Furniture Fair.

Navone is a talented designer who is not only famous for her furniture and objects, but also for her gift for exhibition, fair stands and interior designs, for which she creates experiences as well as objects 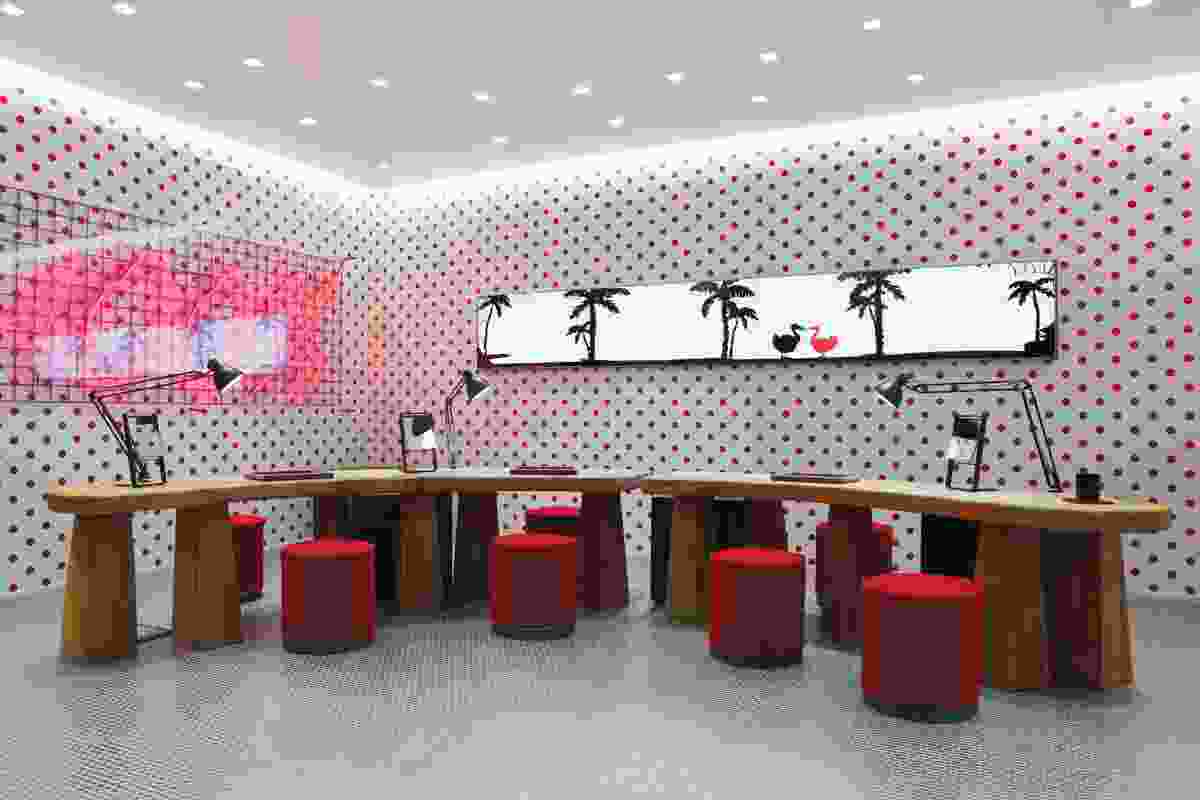 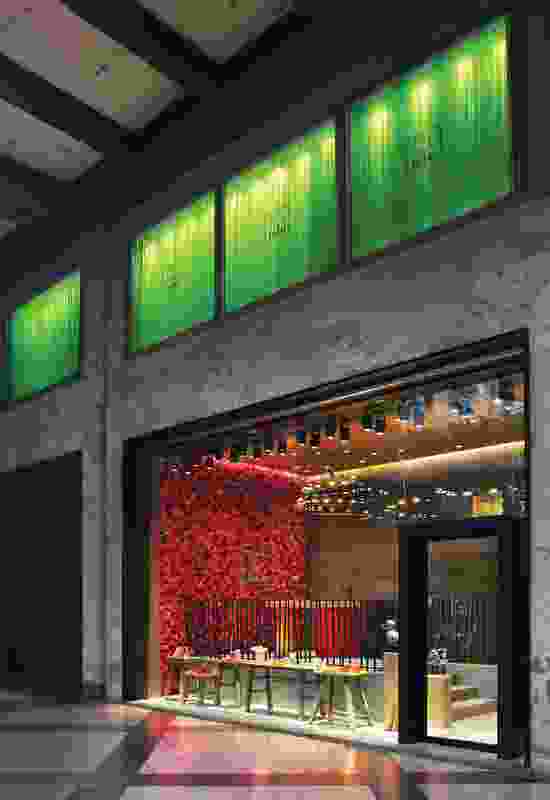 From the street a wall of red and pink roses attracts attention.