Untitled House by Roh Singh, Larry Parkinson and Morganna Magee includes a neon drawing of a tent on the exterior.

A group of artists from Swinburne University’s visual arts program has covered a suburban house in Melbourne’s Ferntree Gully entirely in mirrors.

The house was provided by a local businessman to be transformed into an artwork for the duration of the festival. Untitled House is a response to a brief that called for artists to draw attention to the “increased difficulty or challenges with housing affordability,” said the project’s leader Roh Singh.

The house is clad in acrylic mirror tiles cut to the proportions of Besser blocks, which reflect the industrial area neighbouring the house.

“We also thought the Besser block has a nice relationship to new building methods and materials,” Singh said.

“The concept of the tangible disappearing out of sight and out of reach is one of the central intentions of the Untitled House project.”

In the front window of a house hangs another artwork, a neon drawing of a tent, which symbolizes transience, impermanence and unstable housing.

“Some of these symbols are coming out of the notion that due to issues with housing affordability, there’s an impact on the community,” Singh explains. “This means that people who are living in those communities are not necessarily permanent and that inhibits families and members of communities being able to put down roots for any duration to really connect with that community. “The mirror is also reflecting that environment and it’s asking people who visit the artwork to be mindful of their neighbourhood and their community and to pause and reflect on those things.”

Inside the 1960s-era three-bedroom home, a camera obscura (or pinhole camera) projects images of the streetscape in the space with an accompanying audio artwork of a suburban soundscape.

Documentary photography by Morganna Magee taken from the local community is also presented inside. One of the rooms contains a low mirrored plinth which reflects an existing art deco ceiling rose in the house and a chandelier installed as part of the artwork.

In one of the bedrooms, a series of printed stickers are pasted on the walls to create the effect of 1970s-inspired wallpaper. The sticks include the text “My home is…” which prompt visitors to add their own responses to the wall. Some of the responses taken from the local community include “My home is not here” and “My home is not my own.”

The last space in the house features a series of wire mattress carcasses stacked into a tower on a bed of white gravel. “This work is informed conceptually by the packing up of essential domestic belongings to be moved from one home to another and mattress extends this metaphor for comfort and rest and a safe home,” said Singh.

Untitled House the second time a house has become the canvas for the Immerse Arts Festival. In 2016, a group of artists led by Clare McCracken painted the exterior of a house in Boronia entirely in black. The work, Section 32, was intended as a provocation on the effects of urban sprawl and climate change.

Untitled House is located at 27 Dorset Road Ferntree Gully and is open from 11 November to 11 December. For session times, click here. 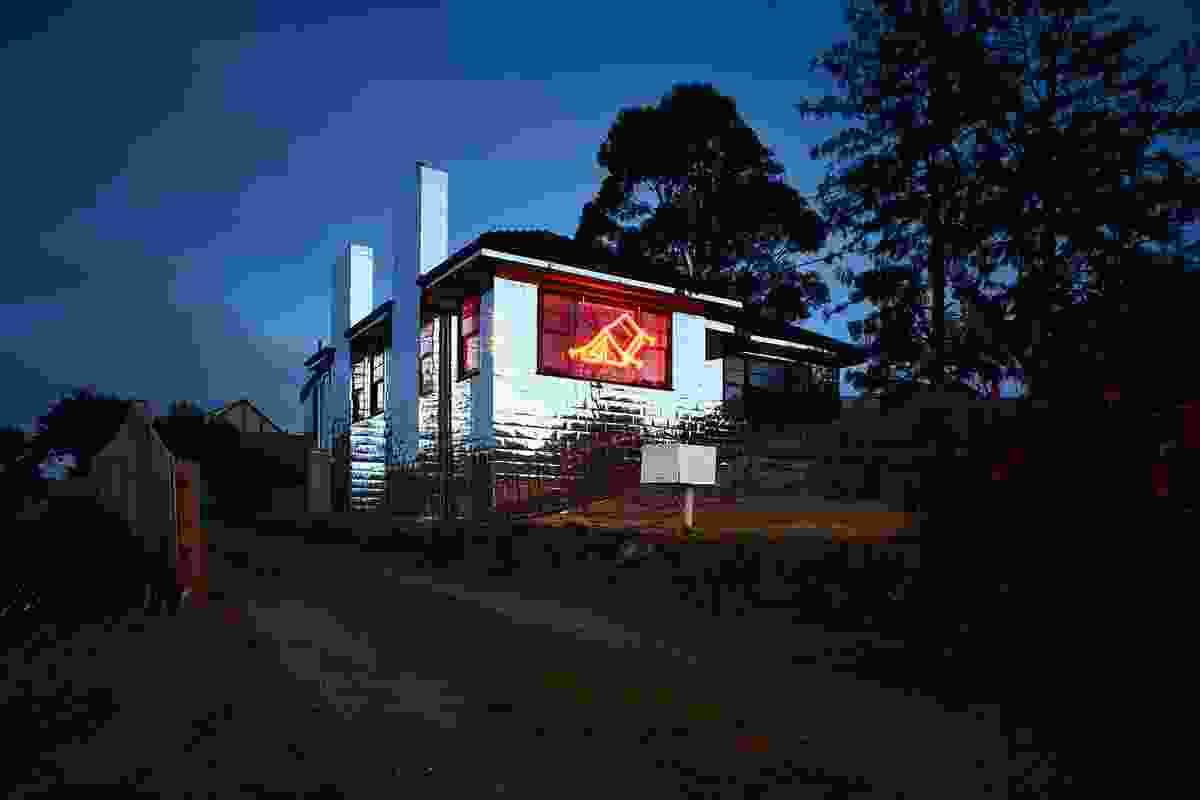 Untitled House by Roh Singh, Larry Parkinson and Morganna Magee includes a neon drawing of a tent on the exterior. 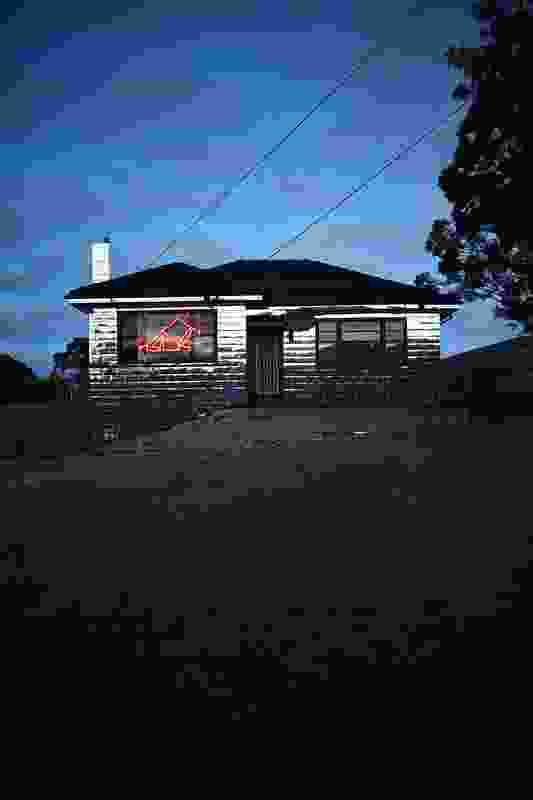 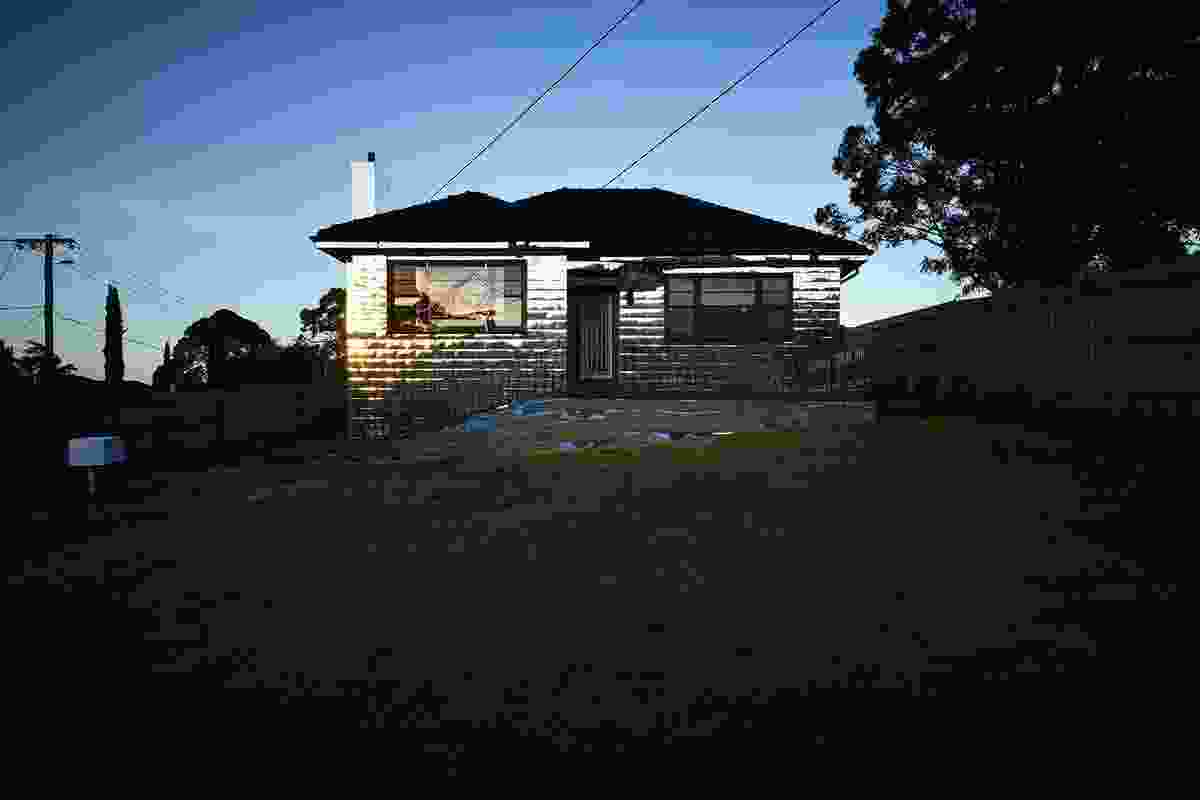 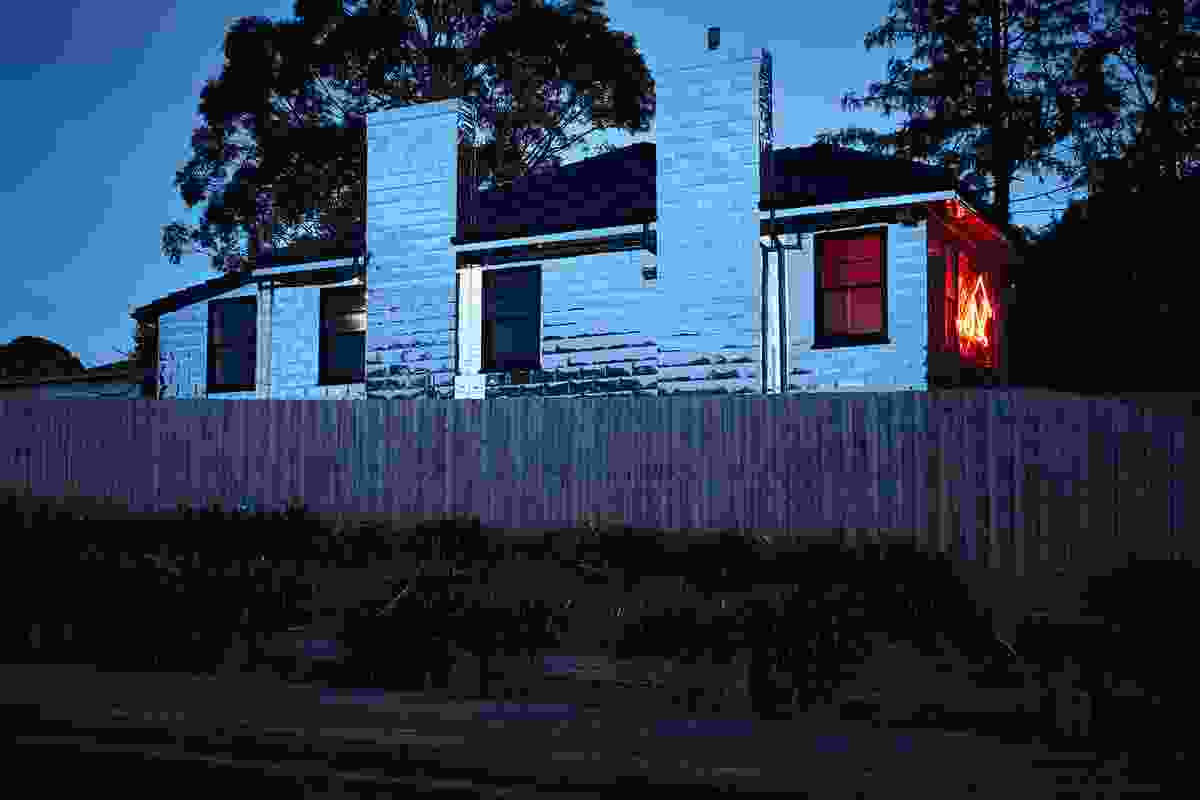 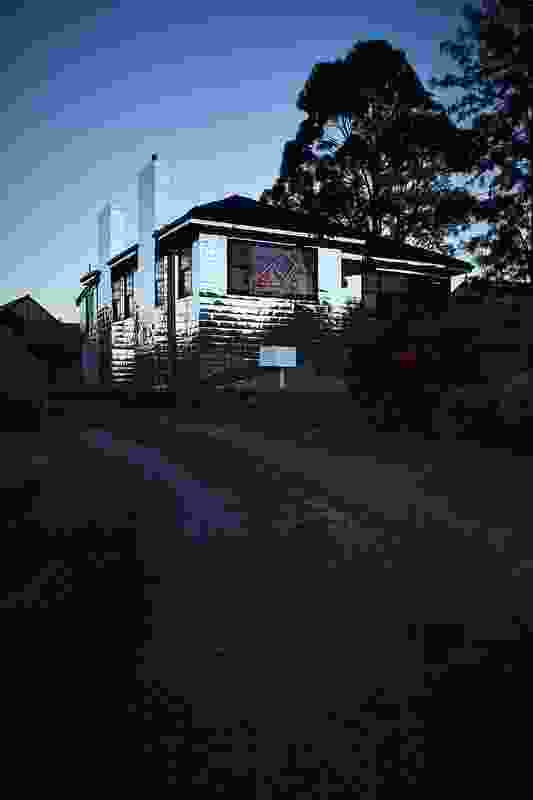 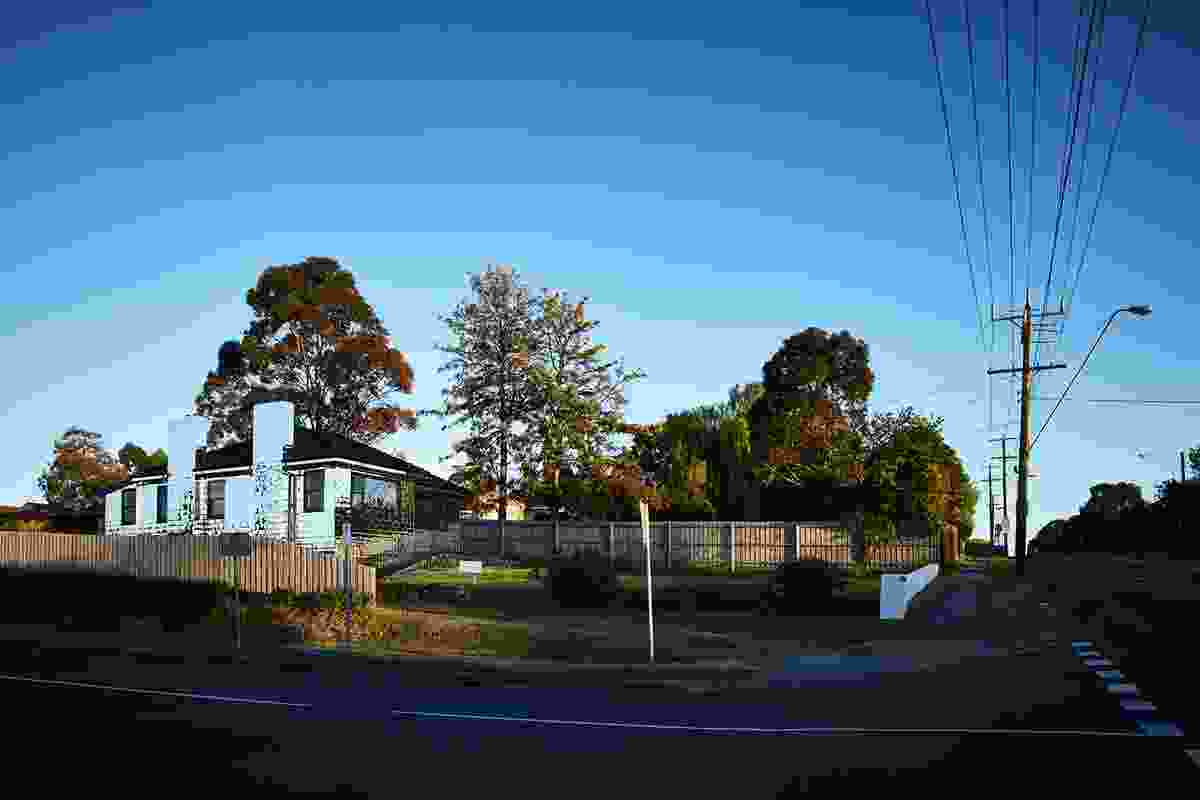 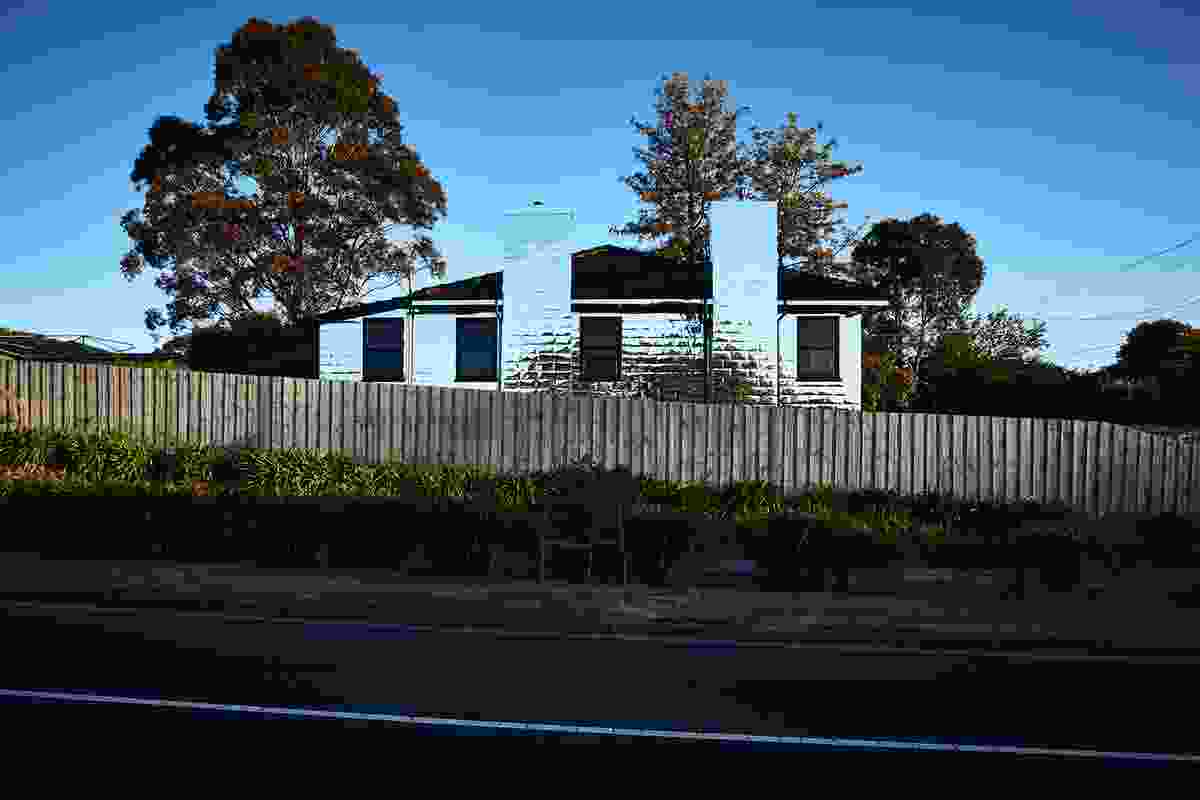 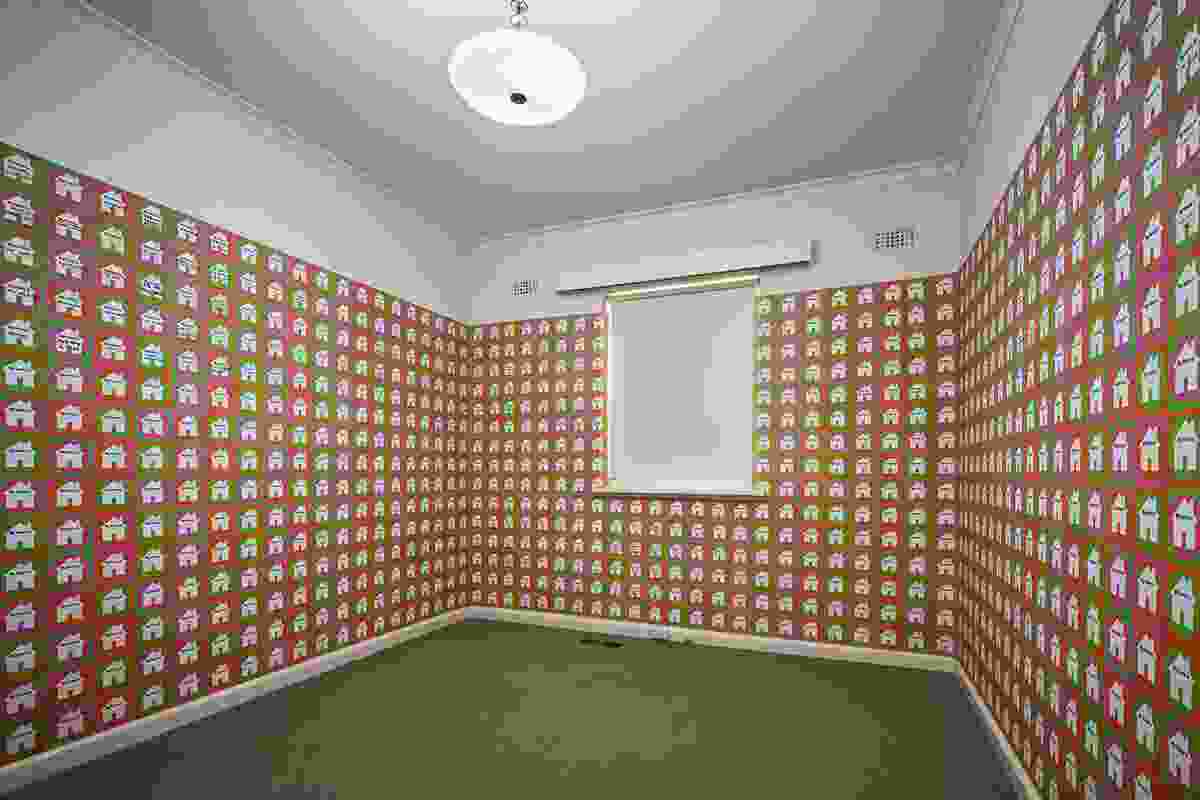 Stickers on the walls inside Untitled House by Roh Singh, Larry Parkinson and Morganna Magee. 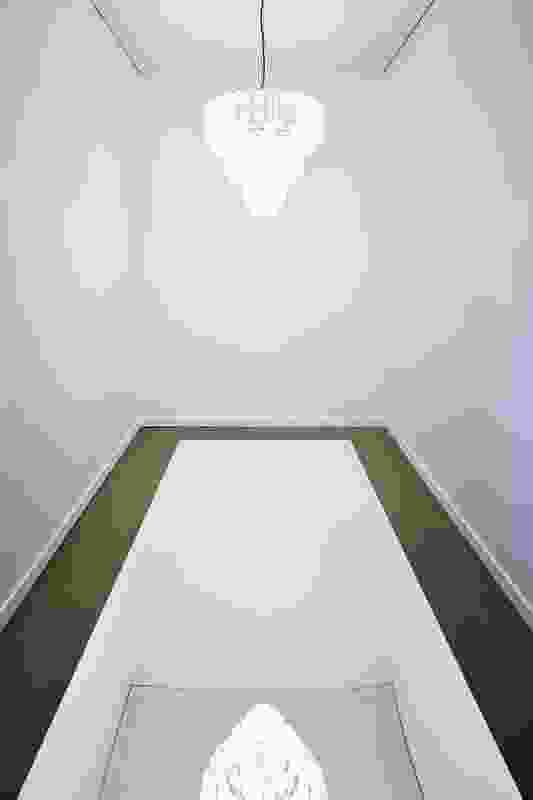 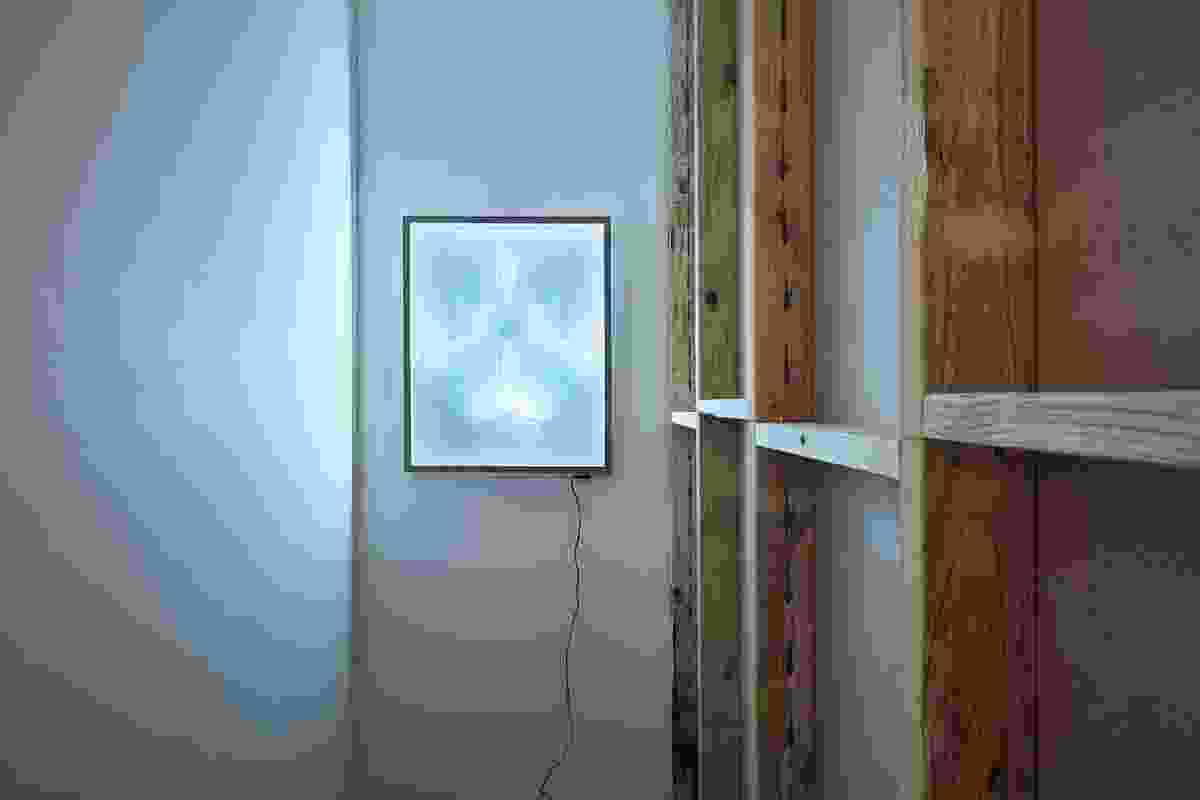 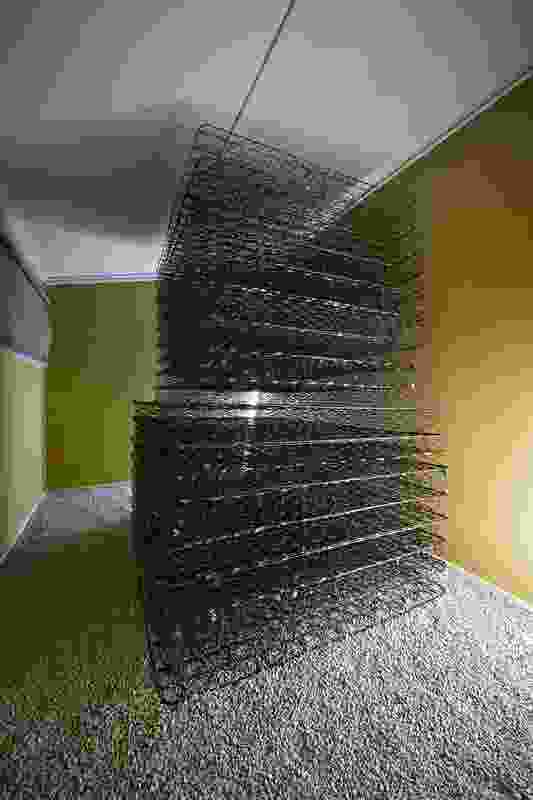 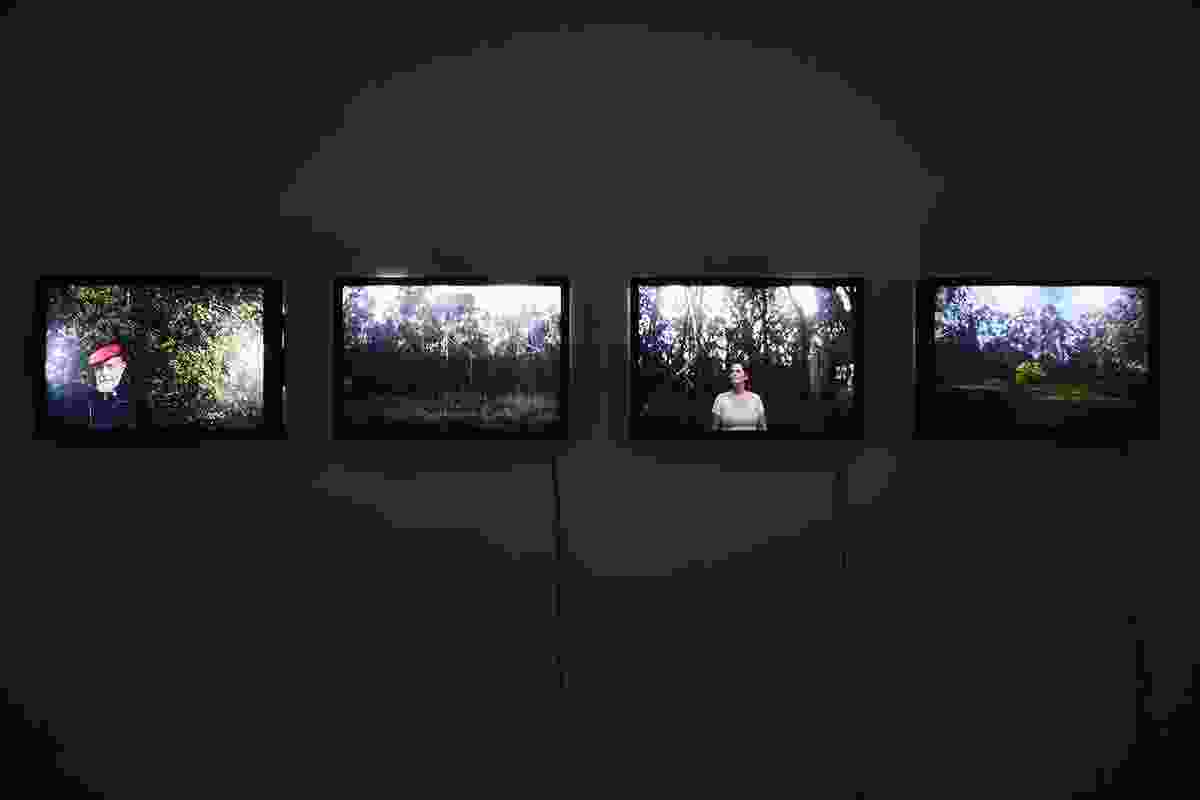 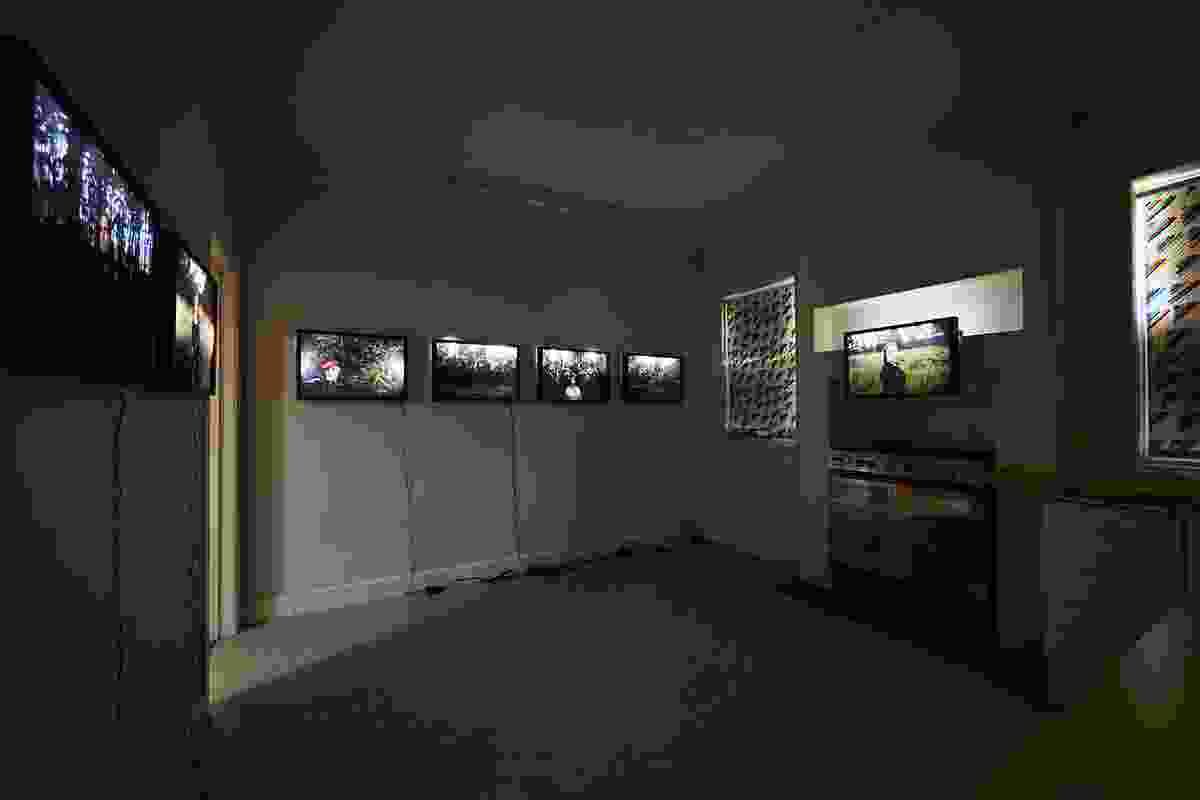 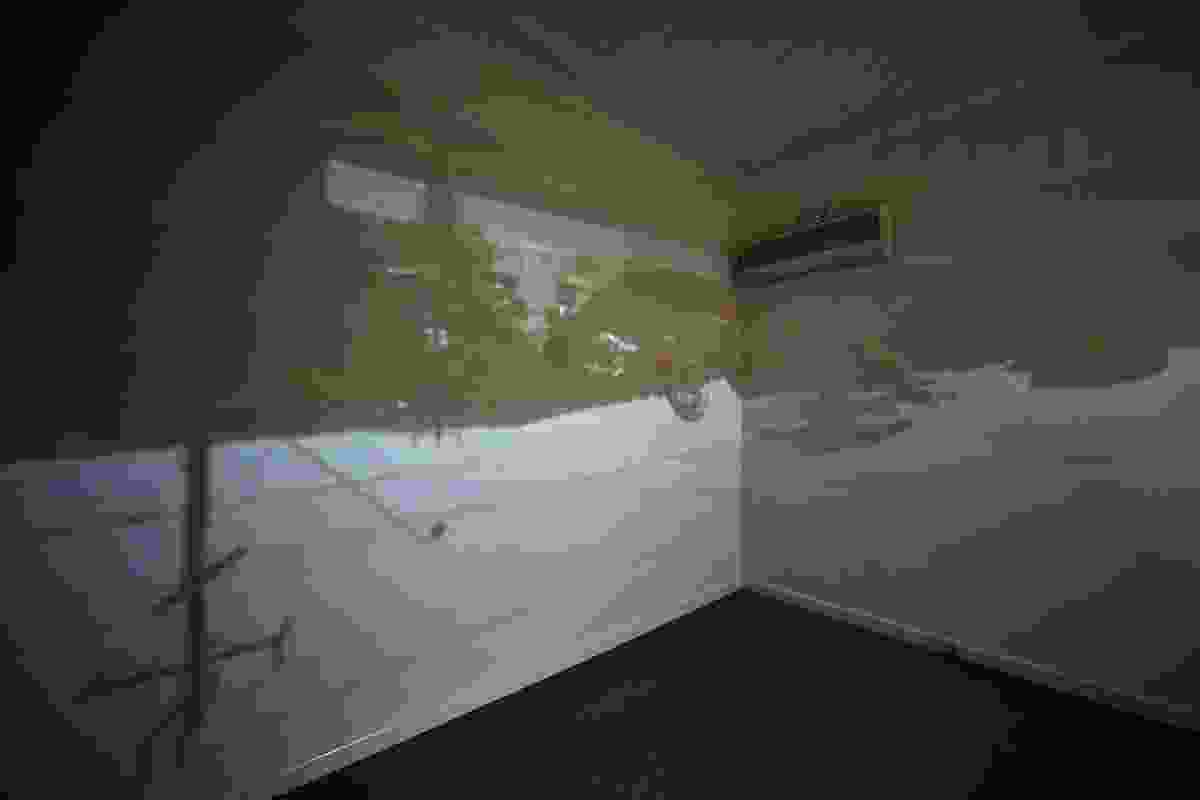 A camera obscura of the exterior streetscape inside Untitled House by Roh Singh, Larry Parkinson and Morganna Magee.