The South Australian government has released an updated version of The 30-Year Plan for Greater Adelaide, a planning document intended to guide the development of the city first published in 2010. Composed of 14 principles and objectives, the updated version puts a greater emphasis on the importance of increasing residential density and flags that new residential design standards will be released “in the short term” to guide the development of a more dense Adelaide.

The plan was reviewed in 2015 to take into consideration changes in land consumption rates, slower population growth rates and demographic changes in the make-up of households.

The 30-Year-Plan emphasizes the benefits of combatting urban sprawl by densifying existing parts of the city. To achieve this, successful “missing middle” housing typologies must be identified. The NSW government has held an ideas competition for medium-density residential buildings, and a similar competition in Queensland was recently announced. The plan outlines a list of typologies that should be considered, including row houses, courtyard houses, “urban garages,” “next gen” granny flats and laneway housing (a type of backyard infill housing opening onto a laneway, popular in Canada).

The report references several instances of cities and neighbourhoods that have achieved density without resorting to high-rise development, including Paris, Vienna and Barcelona and the neighbourhoods of Carlton in Melbourne and Paddington in Sydney. In 30 years, the plan says, metropolitan Adelaide will comprise mostly one- to three-storey buildings, rising to four to six storeys along main roads. High-rise towers will be limited largely to the CBD.

Adelaide as a whole has a density of 1,300 people per square kilometre, according to the latest Demographia urban densities report. This places Adelaide among the least-densely populated, geographically largest cities in the world. In Australia, it is less densely populated than Sydney and Melbourne, but more densely settled than Brisbane, Perth and the Gold Coast.

Since its initial publication in 2010, many of the goals and directives laid out in the original plan have been adhered to or partially achieved. In particular, much of the residential development that has taken place in the intervening period has been contained within existing urban areas. In 2015, 76 percent of dwelling growth in Greater Adelaide occurred in infill areas, with 24 percent of residential development still taking place on greenfield land at the urban periphery and in townships and rural areas.

SA planning minister John Rau said, “I am keen to continue the momentum of recent infill activity, while also requiring quality developments, which are respectful of neighbouring houses and existing streetscapes.”

The original plan also led to the establishment of South Australia’s current design review system, including the Office for Design and Architecture and the South Australian government architect. 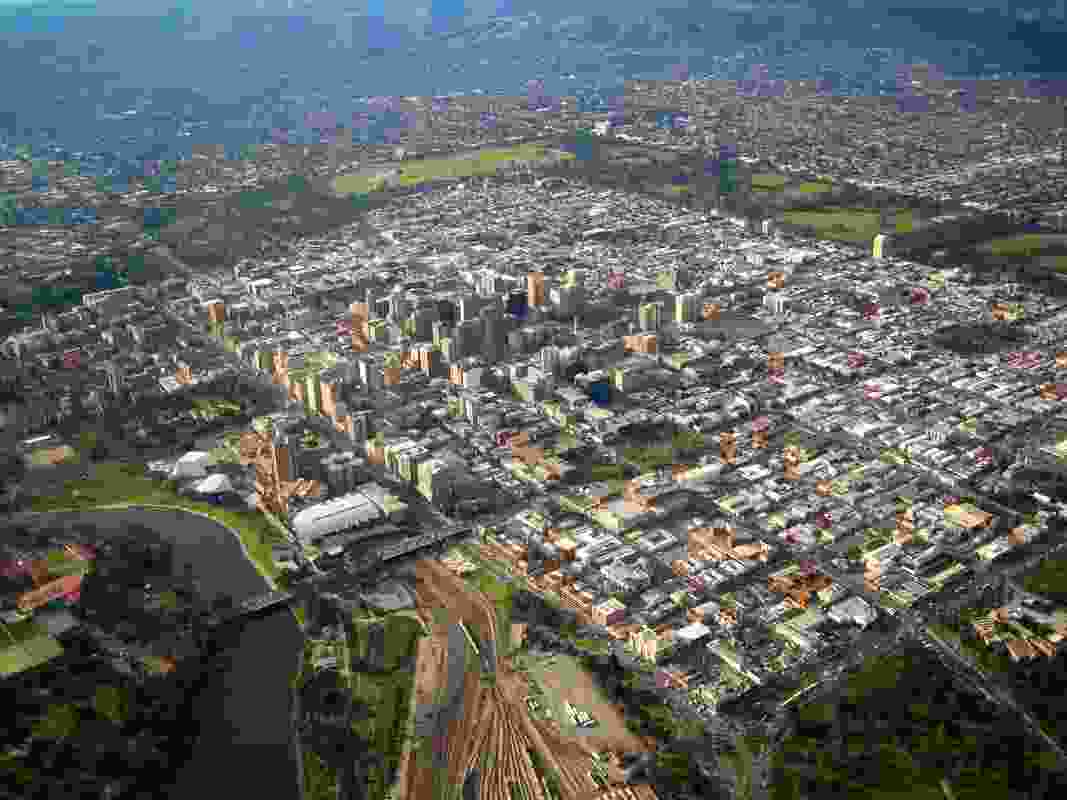