A number of buildings by notable Australian modernist architects are facing the prospect of demolition or significant alteration, as pressure mounts to redevelop inner-city areas for higher-density residential use.

Among these is Gaden House, a four-storey mixed-use building in Sydney’s Double Bay designed by the late Neville Gruzman, a modernist architect and, at one point, mayor of Woollahra.

A development application lodged with Woollahra Council lays out plans by D-Studio Architects to add two additional levels to the four-storey building. A demolition report attached to the application outlines the substantial alteration of the building, including the “removal and replacement of the existing external facades and replacement of the internal stairs and lobby area.”

Comprising spaces for shops, offices and a restaurant, the building was named for J. D. I. Gaden, a former Woollahra mayor, and designed in 1968.

An article in the 6 November 1989 issue of the Sydney Morning Herald breathlessly announced the council’s approval of the building, admiring its “simple yet elegant lines in keeping with the high standard of architecture already in evidence in the steadily growing business area.”

The building is not heritage-listed or recognized by the Australian Institute of Architects on its Register of Twentieth Century Buildings of Significance. Significant alterations have been made to the interior in intervening years, including the removal of a perspex sculpture by the artist Michael Kitching that decorated the void at the centre of the central staircase, and a novel roofing system which concealed air ducts, heating and cooling and lights.

A petition on change.org opposing the proposal, set up by Sydney architect Rory Toomey, had attracted just fewer than 1800 signatures at the time of publication.

In an obituary published in Architecture Australia in 2005, Philip Goad argued that Gruzman was underappreciated in the Australian architectural canon despite the influence of his work.

“In the published histories of Australian architecture, Gruzman makes only a limited appearance. Robin Boyd and J. M. Freeland don’t mention him or his work. Jennifer Taylor discusses Gruzman only as a name among what could be loosely described as a Wrightian school in Sydney, and also in terms of the career of Glenn Murcutt.

“This is surprising but perhaps not unusual, as these histories track ‘movements’ rather than the individualist architects who began their practices in earnest in the 1950s […] As a consequence, these architects sit outside any current architectural canon.”

Another building with a doubtful future is the TAB Building in Brisbane’s Albion, which is slated for eventual demolition under urban renewal plans.

Pie received the Robin Boyd Award for residential architect for his own home in 1986 and was made a member of the Order of Australia in 2014.

The TAB Building was the recipient of the 25 Year Award for Enduring Architecture from the Queensland chapter of the Australian Institute of Architects in 2007. In its award citation, the jury praised the building for having “weathered generations of reaction to, and subsequent re-embracing of, the principles of functional modernism.”

The institute, led by then-chapter president Richard Kirk, lodged an application with the Queensland government’s Department of Environment and Heritage Protection to have the building placed on the State Heritage Register in September 2015. The bid was rebuffed the following year.

“The [building] is a fine surviving example of Late Twentieth Century Brutalist architecture, which is located on the city fringe of Brisbane,” reads the institute’s application.

“This ten storey commercial building has enjoyed a certain degree of public notoriety as a local landmark for Albion since its construction. Although the building is only around forty metres in height, its comparative scale against the late-nineteenth or early twentieth century commercial architecture of the adjacent Albion centre generates a considerable visual presence for the (former) TAB Building in this locality.”

As the tallest building on an arterial road, the building was “a solitary, prominent, forward scout for modern urban architecture in the middle ring suburbs.”

The building will be demolished as part of the council-supported redevelopment of the Albion area as an “urban hub,” according to a planning application submitted in 2014 to Brisbane City Council, which was approved on 21 December 2017.

“The existing Tattersalls building will need to be demolished in order to facilitate the development of a high quality urban renewal project,” the report reads.

“Its current location and structure are not conducive to the quality outcome sought for this site.”

Elsewhere, the Greenmount Beach Hotel in Coolangatta on the Gold Coast, designed by Burling Brown Architects, will be substantially redeveloped under a development application submitted to the local council.

The nine-storey hotel received the High Rise Award at the first Gold Coast Architecture Awards in 1981 and was the first major residential complex built at the southern end of the Gold Coast.

“In contrast to the ubiquitous Gold Coast high rises,” note the architects on their website, “the extruded triangle form – one of the strongest geometric forms – creates a perfectly balanced construction.”

A development application submitted to the Gold Coast City Council in November 2017 would see the hotel replaced with four 14- to 17-storey towers designed by Woods Marsh. 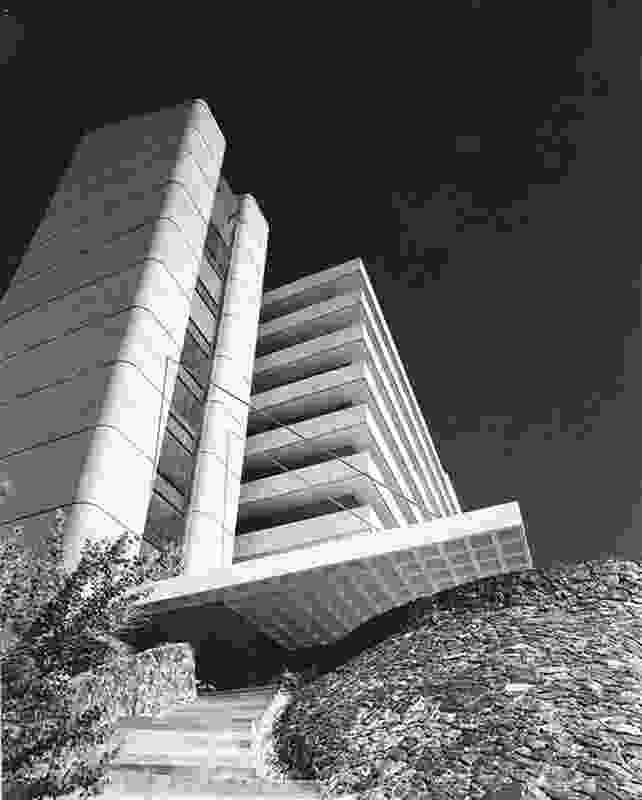 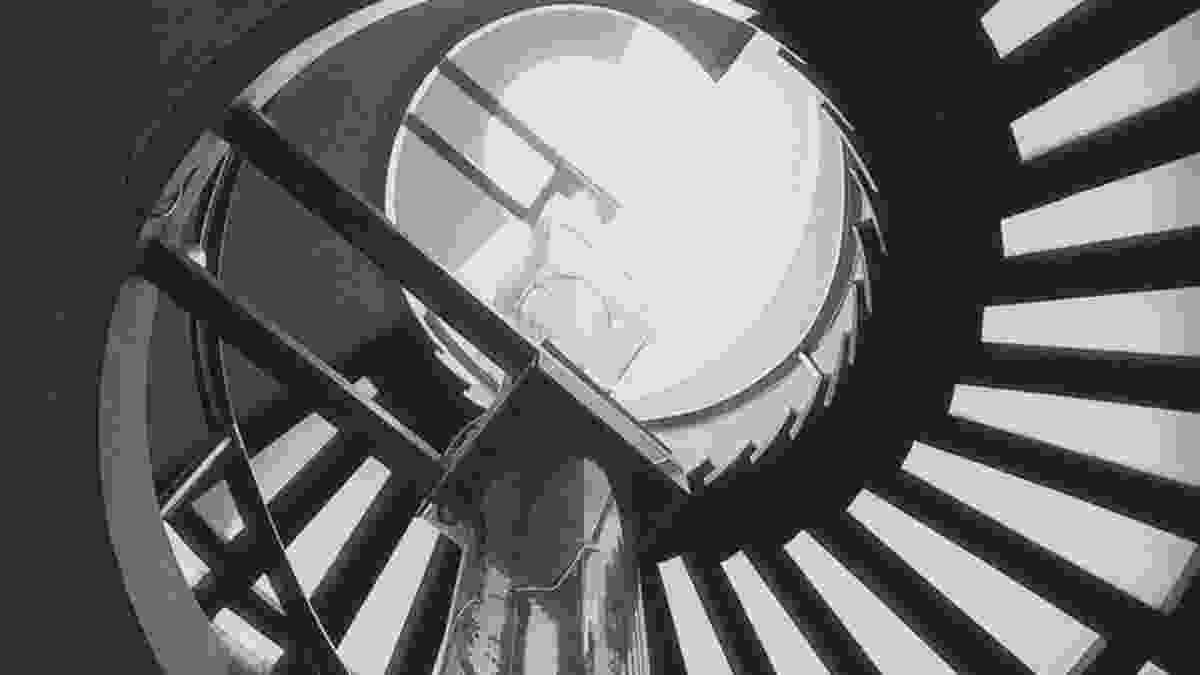 Gaden House interior, from Gruzman, an architect and his city by Philip Goad (2006). 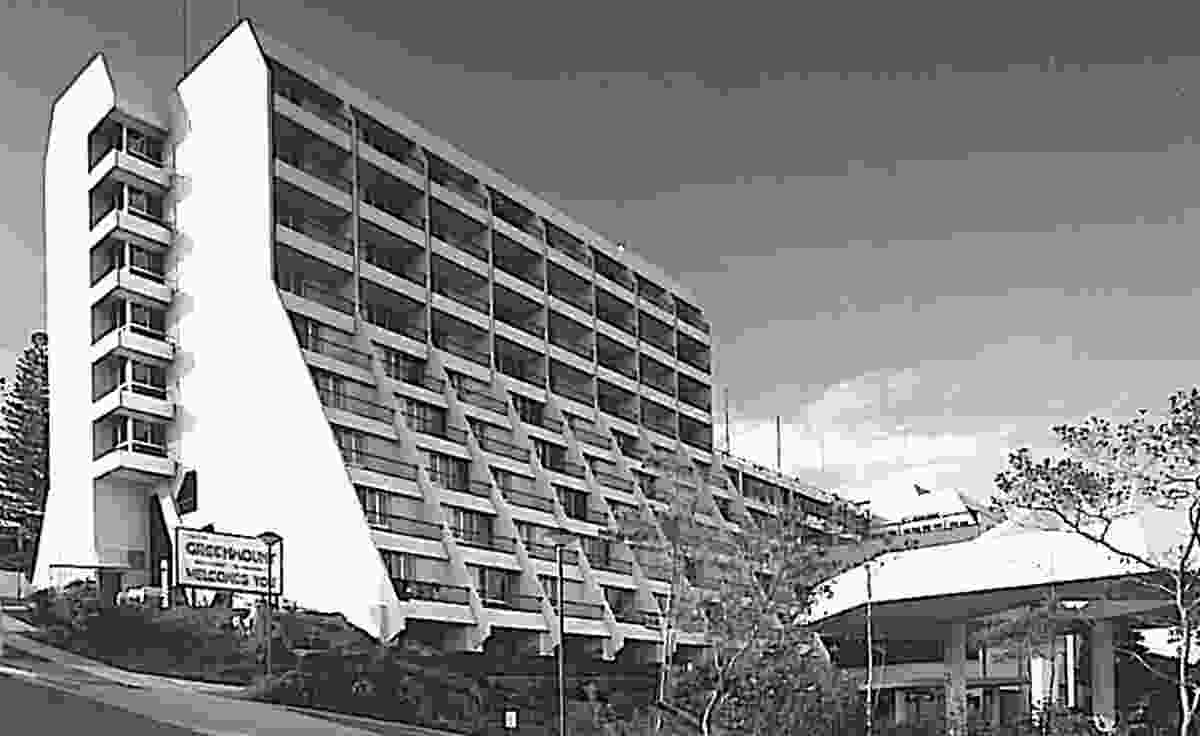