A grand, forgotten mansion in Sydney’s Bondi has been transformed by CO-AP Architects into a magnificent twenty-first-century home, with bold new additions sitting in respectful conversation with the existing building.

Breathing new life into old structures must surely be one of the greatest rewards of architecture and interior design. It often requires radical intervention, mixed with a good dose of rigorous research and a carefully considered hand. CO-AP Architects has employed these techniques to resuscitate a grand, albeit forgotten, mansion in Sydney’s Bondi to create a twenty-first-century family home.

The substantial two-storey 1880s Victorian villa “Scarba” was occupied by the Campbell family, who gave their name to the famous beachfront parade. Within the ornate Italianate pile was embedded an earlier four-room sandstone cottage from the 1850s that had been subsumed by the later work. The house was not to be the beachside residential idyll first imagined. Less than forty years after its construction, it was transformed into an institutional care facility, a use that was to remain until its redevelopment by Mirvac in 2015. Smart Design Studio designed the multistorey apartments that surround the manor, with consideration given to minimizing overlooking and allowing solar access.

CO-AP was approached by Mirvac to develop a scheme for the house, which would be sold as part of the redevelopment. CO-AP director Will Fung said that “one of the biggest challenges was to develop the design without a client.” Scarba was to become Moreton Manor – named after the figs that surround the property – and “had to have a sense of luxury.” CO-AP’s approach to tackling this large and complex project was to “let the original be read as original and the new as new.” Miraculously, despite Scarba’s ninety years as an institutional care facility, many of the original nineteenth-century interior features were intact. These included intricate papier-mâché cornices, hardwood flooring and architraves, pressed metal wainscoting and marble fire surrounds.

CO-AP intervened minimally within the fabric of the 1880s structure, working with extant openings to connect new additions to existing spaces. The majority of the reconfiguration occurred within the 1850s cottage. This involved rationalizing the interior room divisions to create a free-flowing kitchen area. Where an existing opening has been altered its reveal is trimmed with an architrave, whereas new openings are punched through and left clean. The new kitchen space is defined by a large marble-clad island. White and black marble combine to for m a sculptural block. The binary colour choice refers to the fireplaces found in the original house, where white marble was used for the female-occupied rooms and black for the male ones. Connected to the kitchen is the family room. This structure occupies the footprint of the old kitchen and is the most prominent architectural addition to the project. A large skillion scoops up to the east, reaching the height of the cottage’s ridge. Huge pocket sliding glass doors allow for complete connection to the outside, while the continuity of the granite pavers from the kitchen unites the two spaces cohesively in what could otherwise have been a tricky meeting.

The lower level of the house is dedicated to living spaces, with each opening onto the yard or the generous wraparound verandahs. A magnificent timber staircase connects the living level to the bedroom level above. Once again, little was done in terms of altering the spatial configuration of the original rooms. The most dramatic reinvention is the main suite, which occupies the two largest spaces of the upper floor. Using a similar architectural language to that of the kitchen, the bathroom is defined by a monolithic element in marble – a large white plinth sitting in the middle of the space. It is anchored at one end by a brass-trimmed shower enclosure and at the other by a bathtub of monumental proportions. Carved out of a single block of marble, the bathtub is exceptionally beautiful in appearance and even more so in its tactile experience. Storage cupboards discreetly line the walls, designed to be unobtrusive so as not to distract from the marble and to provide a link to the bedroom. The combination of these two spaces transforms the main suite into an “apartment,” taking full advantage of the generous room sizes to create an intimate space within the sprawling house.

One of the challenges with projects of this nature is balancing the large-scale rooms and the hundreds of square metres of floor space with a sense of genuine liveability. It is all too easy to end up living in a museum rather than a home. The client says that despite its big size “it’s a working house … a warm home.” It is somewhere that they “all feel together” and a house in which “every room is used.” CO-AP has managed to combine a respectful connection to the heritage-significant structures with the creation of a home that responds to the needs of contemporary Australian life. 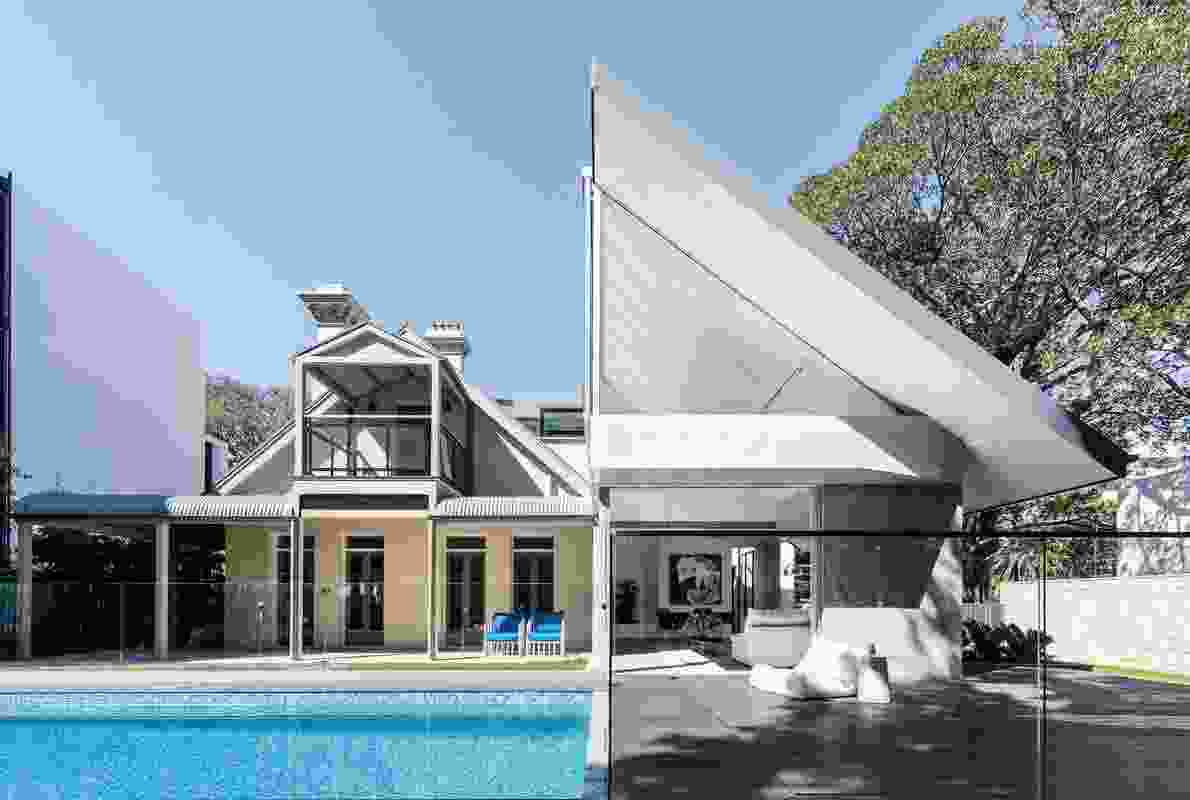 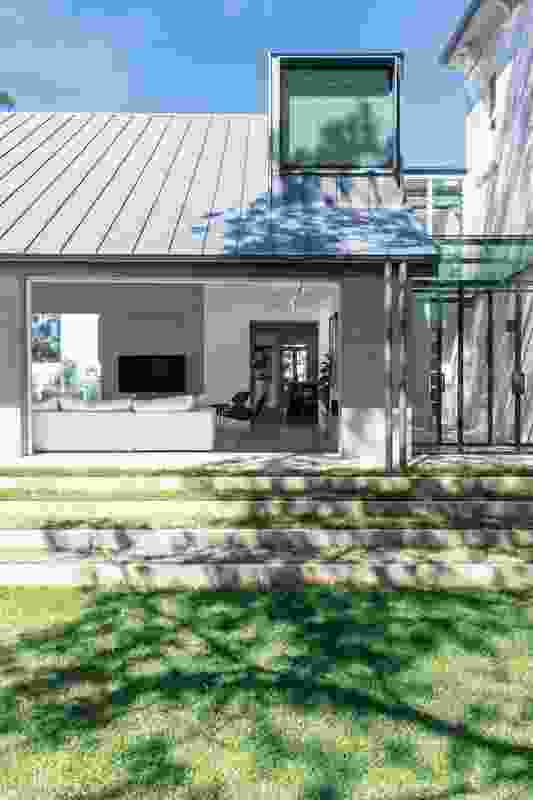 The new living space opens to the outdoors on all sides through large sliding glass doors. 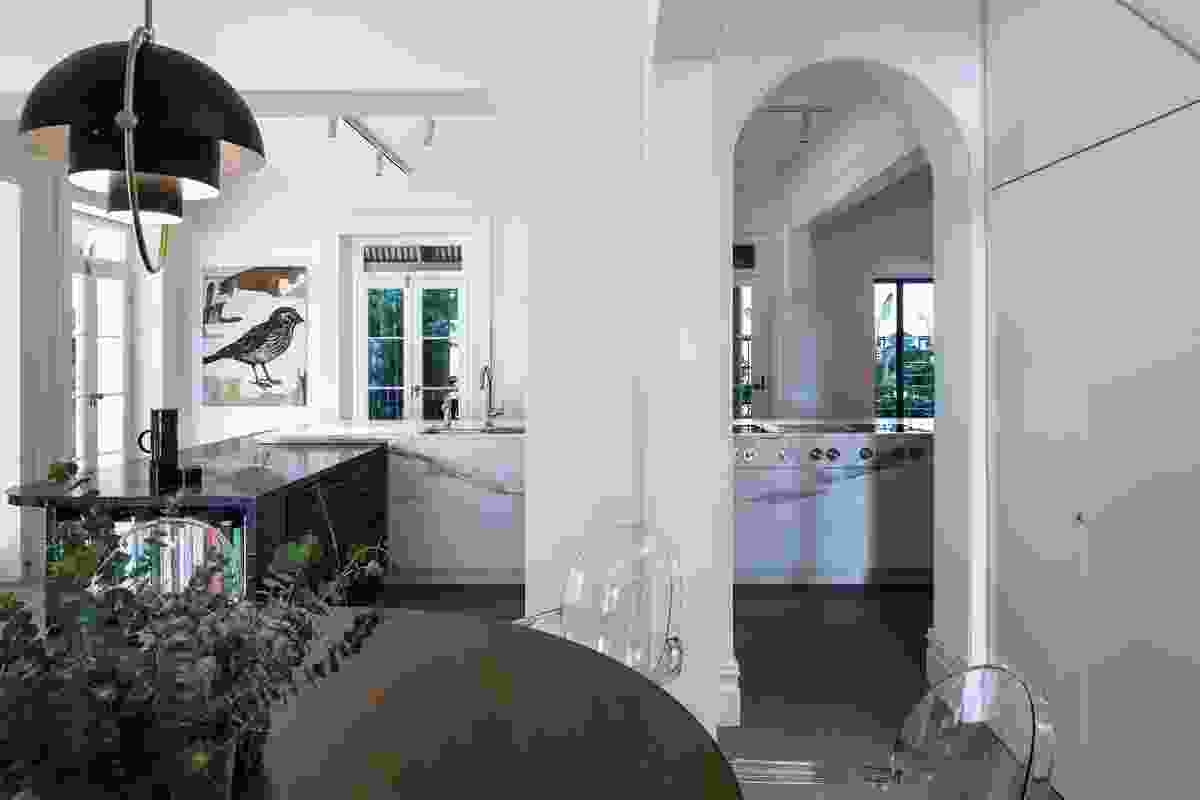 White and black marble benches combine to form a sculptural block in the kitchen. Artwork: Passaro. 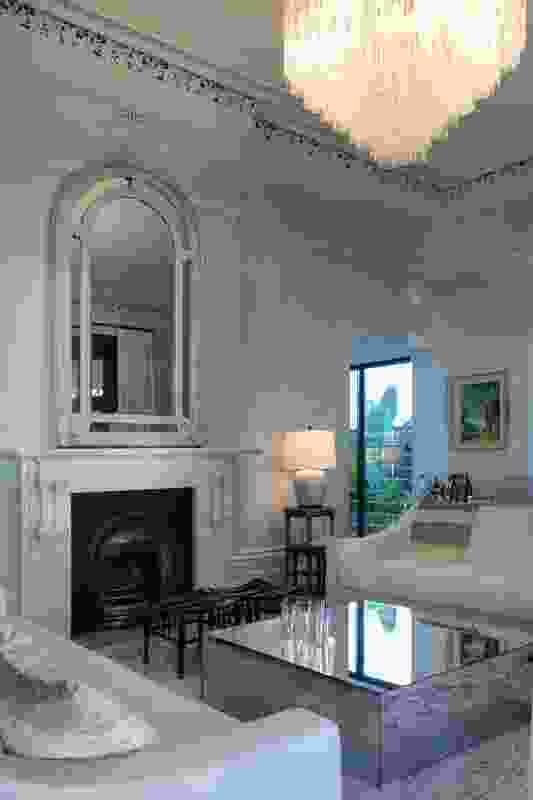 Many of the nineteenth-century features were intact, including the marble fireplace and papier-mâché cornices. 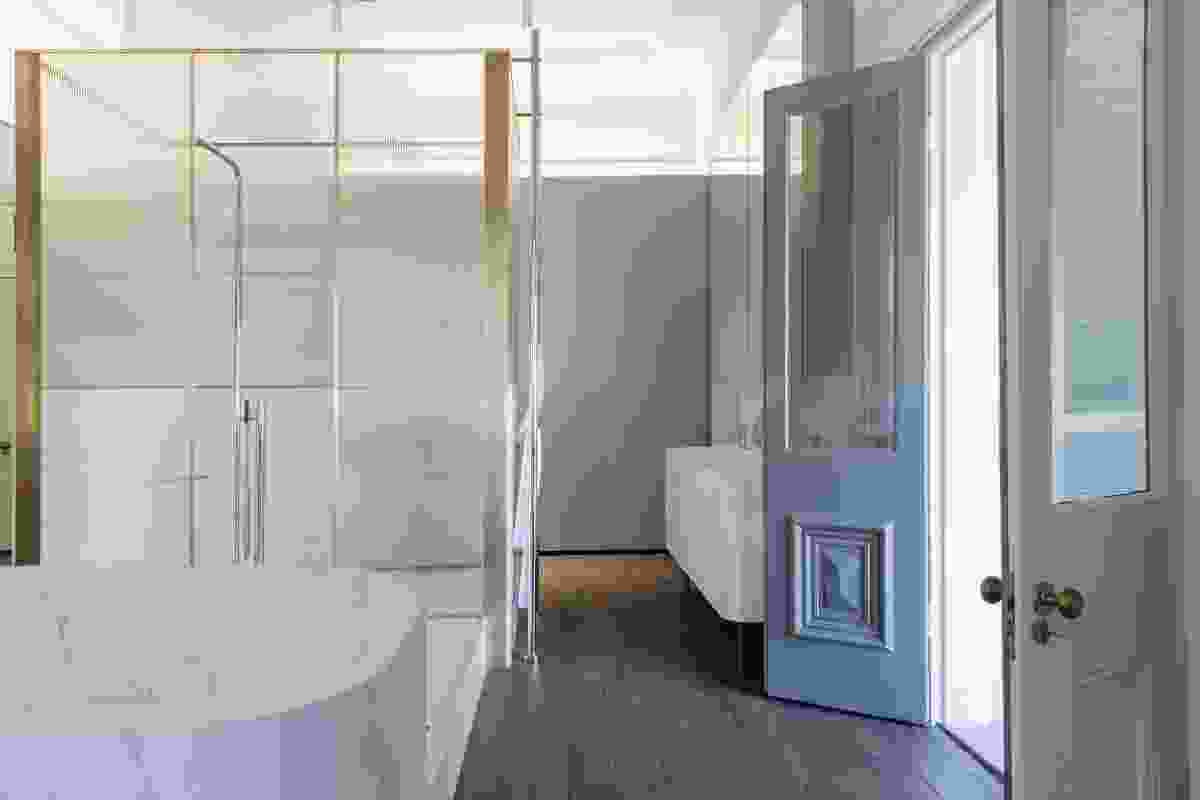 The bathroom is defined by a monolithic white marble plinth and a brass-trimmed shower enclosure. 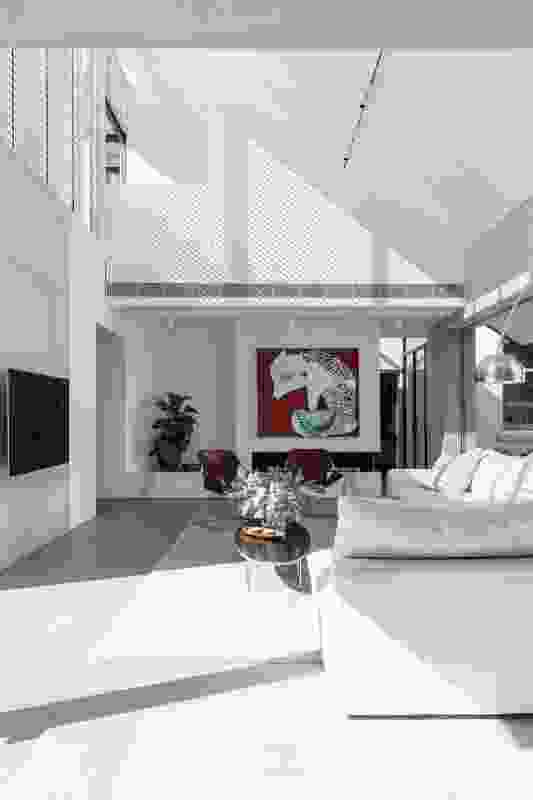 The skillion form allows for large clerestory windows, which bring in dramatic streams of light from the east.