The Myer renovations have introduced a golden glow to the retail heart of Melbourne’s CBD. A striking, multifaceted, gold metal built form announces an internal retail environment which is structured around an eight-storey crystalline cascading atrium. The fractured alignments of the surprising retail cavern enhance the pageantry of shopping and people watching, while giving maximum exposure to retail merchandise in a dazzling, almost hypnotic way. In counterpoint, the top floor beneath the atrium roof is somewhat calm – like a modern version of grandfather’s attic, full of treasure, albeit Apple technology. A diamond-shaped skylight directs natural light into the atrium to transform a usually internalized retail environment into airy spaces.

The Art Deco Bourke Street Mall facade has also been sensitively restored. Windows have been recommissioned to give life to the facade while allowing tempting glimpses of the retail activities within. The famous Mural Hall, which is adorned with major paintings by Napier Waller, has also been restored after years of neglect.

The existing building was heritage listed and comprised a number of mismatched buildings on a land-trapped site in the heart of Melbourne’s CBD. Despite these constraints, the store continued to trade unimpeded throughout the entire construction process. 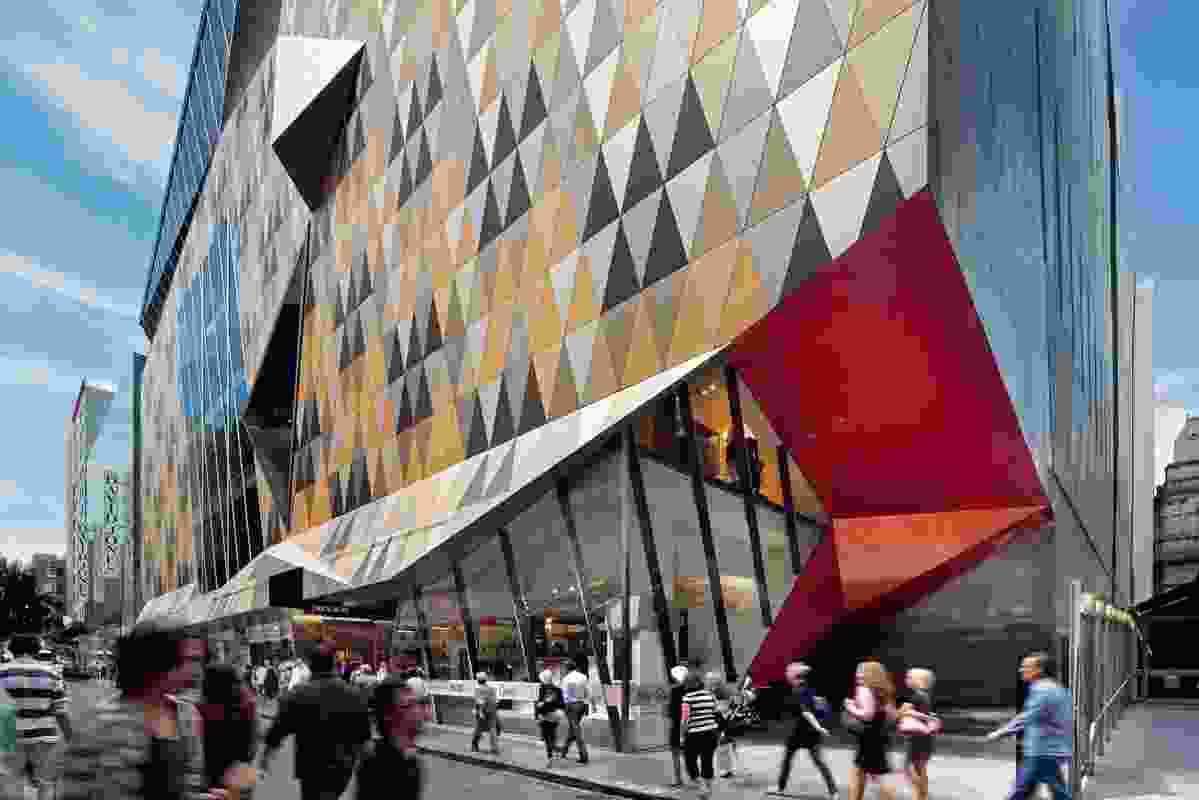 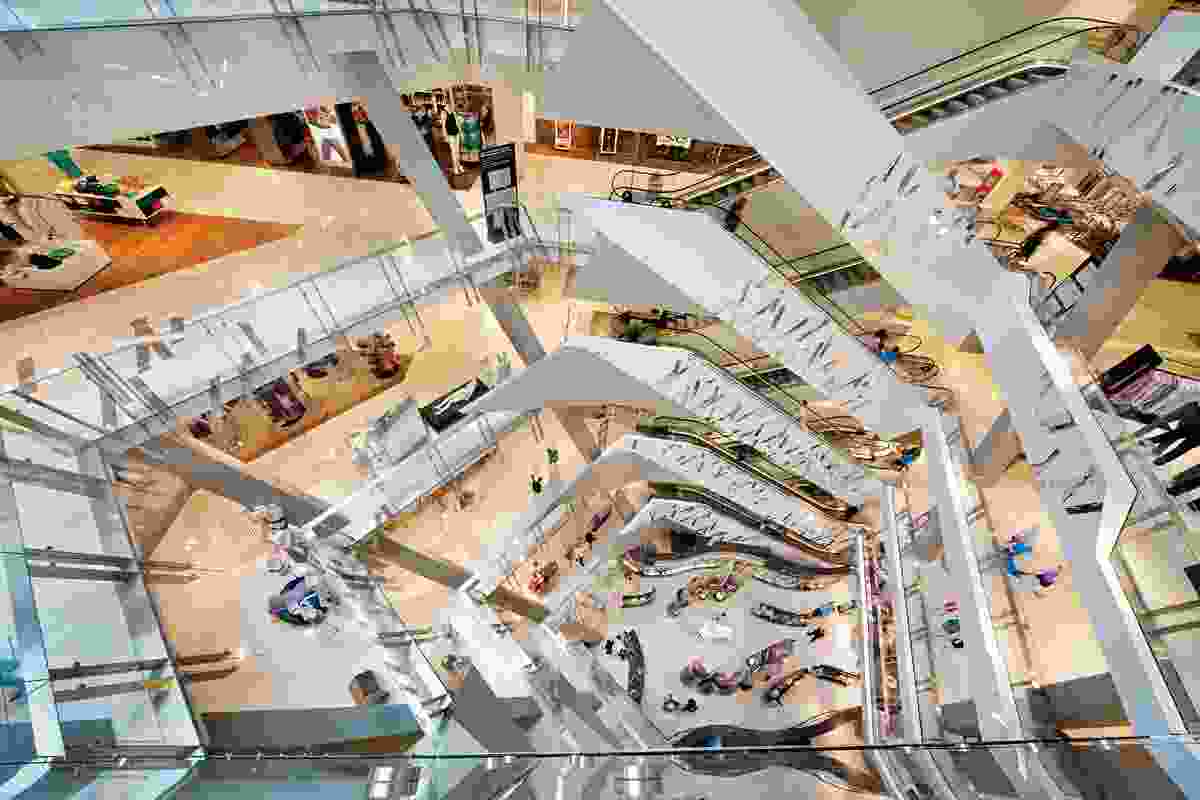