The Kensington by Fox Johnston is one of 11 projects shortlisted for a Residential Architecture - Multiple Housing Award in the 2015 NSW Architecture Awards.

The new guide comes after a comprehensive review of SEPP65 which took in advice from experts, councils, industry partners, community groups and apartment dwellers.

Key changes in the new guide include:

Changes were also made to provision for councils to seek the advice of design review panels. The new guide stipulates that panels be made up of at least three members with expertise in architecture, landscape architecture or urban design.

In his 2011 article reviewing the first nine years of SEPP 65, former NSW government architect Peter Mould criticized the misuse of design review panels. “In some areas assessment has been left to council staff, who are not always well trained or too simplistic in the application of the guide,” he wrote. “There have been occasional rejections of creative design solutions through the poor application of the RFDC’s guide. This is a problem with the uncritical application of any legislation, and can be helped in this instance by the greater use of the review panels, whose membership brings expertise and greater understanding to the assessment of individual design solutions.”

Crucially, the government appears to have addressed concerns such as Mould’s. The new guide explicitly states that “councillors, council officers and council employees cannot be appointed as panel members.”

The new guide also removes grounds for councils to oppose a development if it meets minimum requirements for ceiling height, apartment size and car parking. However, councils are still free to reject proposals on other grounds.

One key change in the new guide effectively reverses a proposal, made by previous planning minister Pru Goward in September 2014, to allow no parking space requirements for apartment developments within 400 metres of a public transport node such as a train or light rail station. Goward claimed this move was aimed at improving housing affordability: by eliminating car parking requirements, the space saving could also result in a cost saving of $50,000 for the apartment purchaser.

But Rob Stokes said community feedback and consultations with councils indicated that the no parking policy is not viable in some situations.

Under the new guide, apartment developments within 800 metres of a train or light rail station will need to meet the minimum requirements of the Roads and Maritime Services’ Guide to Traffic Generating Development or the council’s requirements, whichever is lesser.

Some of the changes made in the new guide include those proposed by Pru Goward, such as:

Minimum apartment sizes, which the minister clarified in May 2015 following wide-spread confusion caused by a court ruling, have also been incorporated.

The new guide will come into effect on 17 July, 2015. Development applications for apartments made before 19 June, 2015 fall under the previous Residential Flat Design Code. To view the new guide, click here. 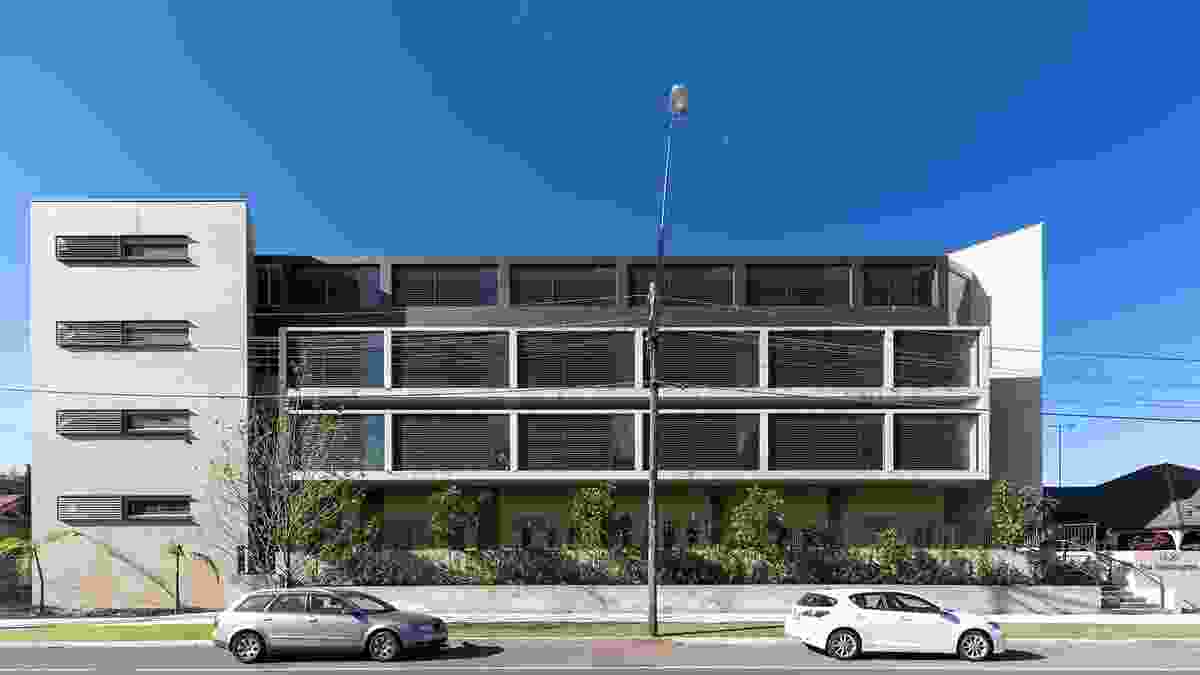 The Kensington by Fox Johnston is one of 11 projects shortlisted for a Residential Architecture - Multiple Housing Award in the 2015 NSW Architecture Awards.