Victoria’s Minister for Planning Richard Wynne has approved the first stage of plans for a $1.9 billion “city precinct” to be built over the top of one of Melbourne’s major arterial roads.

Dubbed the Melbourne Quarter, the 2.5-hectare precinct by developer Lendlease will be built over part of Wurundjeri Way and Collins Street. The first stage approval includes a 2000-square-metre elevated “skypark,” which will enjoy views over Collins Street to the swooping rooftops of the nearby Southern Cross Station. The park, the concept for which was conceived by Denton Corker Marshall and developed in collaboration with Aspect Oculus, is expected to be completed in 2018.

A 19-level commercial tower incorporating more than 30,000 square metres of office space, designed by Denton Corker Marshall, has also been approved for Aurora Lane and Collins Street. Lendlease is planning three office buildings in total, together with approximately 1,700 apartments in three towers on Flinders Street designed by Fender Katsalidis Architects, subject to planning approval, as well as retail and dining tenancies.

The developer plans to devote more than 50 percent of the site to publicly accessible open space, which will include a new square (Melbourne Square), designed by Aspect Oculus, on Collins Street, a new Melbourne laneway connecting Flinders and Collins Streets, pedestrian and cycle links and a park off Flinders Street.

Construction is forecast to commence in 2016, with the developer expecting delivery of the project in stages over approximately six years. Victoria’s Minister for Planning has announced he expects the $1.9 billion project to generate approximately 15,000 construction jobs over its life.

The Department of Environment, Land, Water and Planning and the City of Melbourne have supported the approval of the first stage of the development.

[Correction: This story was amended on 21 March 2016 to include reference to Denton Corker Marshall’s initial conceptualisation of the “skypark”] 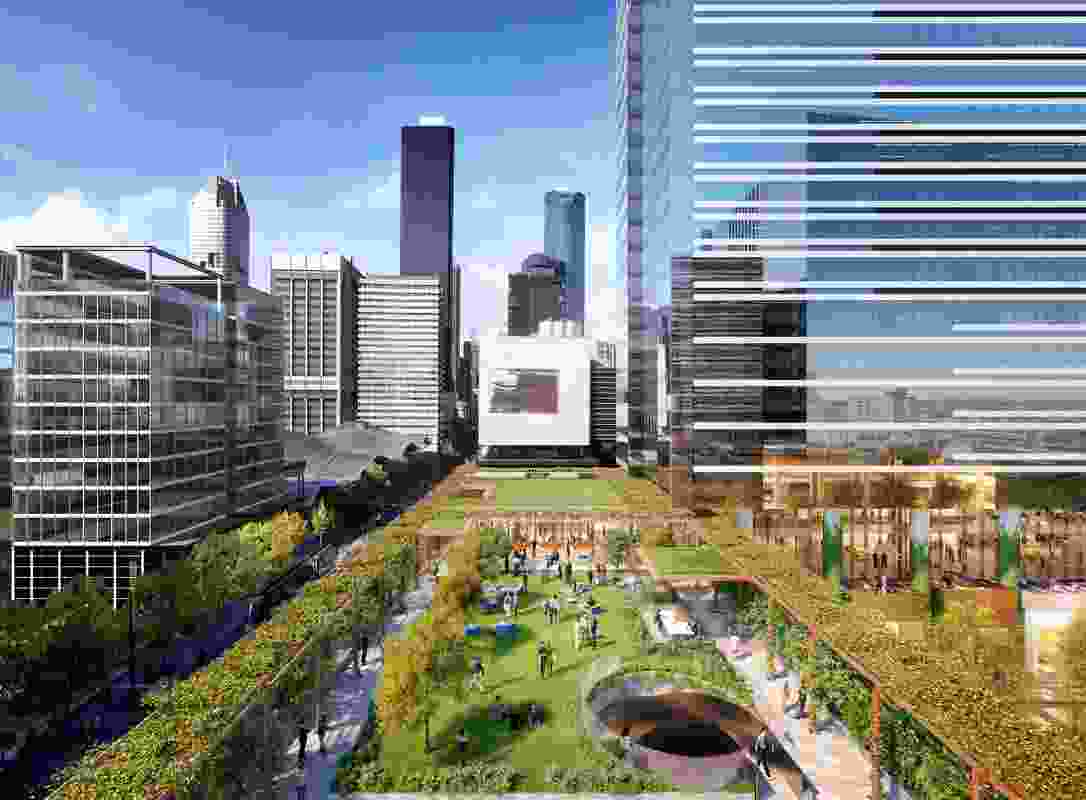 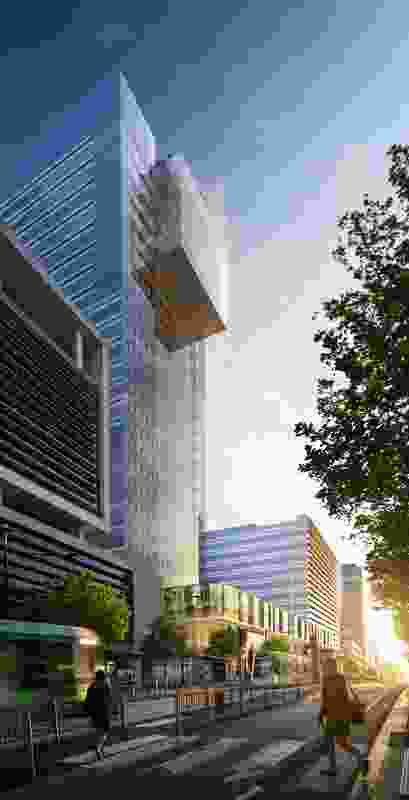 A view of the Melbourne Quarter project from Collins Street.

The development of the site will result in a new public space on Collins Street called Melbourne Square designed by Aspect Oculus.