John de Manincor talks with Supermanoeuvre’s David Pigram and Iain Maxwell, and James Gardiner of Laing O’Rourke about material technology and use.

John de Manincor: Please introduce yourselves, your practice and what you do?

James Gardiner: As lead of design innovation with the Engineering Excellence Group, part of Laing O’Rourke, an international construction company, my role encompasses visioning, identifying and inventing the future of design and construction, from new processes of digital design to off-site construction methods through to novel fabrication tools and strategies. A fun job for an architect! At the moment one of our main projects focuses on adding value to a $200 million precast plant over in the UK. There are two halves to it – the first one is a half step, which is just looking to add value to existing production lines, new casting technologies and processes, and then the second is construction – 3-D printing that involves partnering with one of the groups that has developed that technology; for example D-Shape, Loughborough University Freeform Construction, and Contour Crafting, to involve Laing O’Rourke in this early stage of a construction revolution.

Iain Maxwell: Supermanoeuvre is a design and innovation practice now consolidated in Sydney; until very recently we operated out of New York and London. We’re not a standard architectural practice, in that the nature of what we consider architecture, or perhaps architectural outcomes, is highly expanded.

JdeM: One of the ideas underpinning the National Architecture Conference for 2013 is expanding the discourse around materials in architecture both theoretically and technically. Can you describe how your work links into the conference theme?

In the construction 3-D printing process you can engineer the way materials and objects are assembled … [it is] similar to the way the bone is built up. Bone responds dynamically to the demands of the body as it grows.

JG: We are currently exploring how to reduce the number of materials needed to build a project, particularly through construction 3-D printing. In the construction 3-D printing process you can engineer the way materials and objects are assembled … [it is] similar to the way the bone is built up. Bone has many different functions; it stores the minerals that are needed to keep blood balanced, it responds to many structural demands, it helps to join ligaments and joints, bone marrow helps with filtering the blood. Bone responds dynamically to the demands of the body as it grows.

Neri Oxman1 from MIT has done some work that explores ways to vary the properties of material during fabrication by varying their density and topology as they are deposited. So take (say) a wall assembly. On the outside you can close up that material so that it’s non-porous, and open it up so that internally there are air pockets which can improve thermal performance, then create internal structures within the wall where material is only used where it is actually needed. You can create a lot of strength through these hollow sections! … If you look at the way trees grow, the cellulose fibres aren’t all aligned; the cellulous fibres change their orientation constantly throughout the section of a tree which is all in response to structure, nutrient flows etc., … you can see that nature really does produce very efficient structures, but structures that can do many different things – this is something opening up now, and it’s based on facts.

One of the problems with construction at the moment is that we’re using a lot of materials, gluing them all together. How the hell are we going to recycle these things?

One of the problems with construction at the moment is that we’re using a lot of materials, gluing them all together. How the hell are we going to recycle these things? Most of the time, we’re ending up with stuff that you can’t separate – it goes to landfill because we can’t get them to a pure enough state to be recycled! Whereas there’s a possibility with construction 3-D printing and other techniques to actually create quite pure structures with one or two materials, and potentially recycle them very easily with a lot less energy.

JdeM: What sort of base materials are you experimenting with in those wall structures?

JG: I’ve worked with D-Shape,2 which is an Italian construction 3-D printing company; they use sand and inorganic binders produced from oxides and salts; that’s basically it! These three base materials are highly abundant. We’ve developed projects for houses and artificial reefs and other things with that technology. We are now setting up agreements with Loughborough University’s concrete printing group using standard concrete mixes.

David Pigram: That’s a very interesting question. One of the defining characteristics of modernism was its attempt to simplify and separate systems, so you have a discrete skin system, a discrete structure, a discrete servicing strategy, and they’re all articulated as such. That translates into a material pallet where you have a one-to-one relationship between the material and its role in the diagram.

Modernism’s moralistic relationship to “honesty of materials” is a vestige of this, surviving as a kind of dogma. In fact there’s not a single thing about any material that really wants to be rectilinear, and flat, and smooth, and homogenous. Unfortunately the people who occupy a position defending honesty of materials are often also those who most lament the influence of computers on architecture.

Ironically, through the medium of computation, which can actually embed material behaviours and desires into formational models, we can be much more true to materials.

Ironically, through the medium of computation, which can actually embed material behaviours and desires into formational models, we can be much more true to materials. What does a brick want to be – a brick didn’t even want to be a brick in the first place …

DP: (Laughs). It was clay. These quasi-moralistic questions are just completely false, and come from an assumption that’s disciplinary. It’s not anything to do with material in the first place. Our practice is really excited about refolding back into the discipline more direct relationships to materials, and equally reimagining the ways in which we process them.

DP: When we became engaged in computation it was to get access in a more fundamental way to issues that were already considered inputs in the architectural design process, but which were typically dealt with in an intuitive way. We had to develop a particular level of dexterity with computation, a kind of fundamental language, so that it would allow any set of design inputs to “talk to one another.”

When we started working with robots, taking advantage of our coding skills, it became really interesting to consider the constraints and potentials of their motion as a new and additional input.

A familiar design input is, of course, material performance as it influences structural form-finding, which has a long disciplinary history. When we started working with robots, taking advantage of our coding skills, it became really interesting to consider the constraints and potentials of their motion as a new and additional input.

So now we’ve got to the traditional architectural concerns – program, typology, site, structural performance – and we have the actual formation process, how a robot moves etc. Our process is to enable all of these things to precisely negotiate or “fight it out” in a digital environment. I think when all these inputs are based on explicit facts, and when these negotiations are tuneable, an exciting new dimension for architects is revealed.

JdeM: James, why is a large building company like Laing O’Rourke interested in R&D of this nature?

Investment in R&D is usually very low within the construction industry. It’s the lowest of any industry, something like 2 percent of turnover. R&D within the construction industry is usually done by material suppliers, and suppliers of different components. We are trying to answer more fundamental questions, rather than “which supplier are we going to use?” [We are trying] to start to look at things more holistically, and ask questions like “what’s the best building material – does it even exist?” rather than just having to simply choose from what’s on offer. We are looking at the best ways of delivering those types of solutions … that is pretty amazing coming from a construction company. 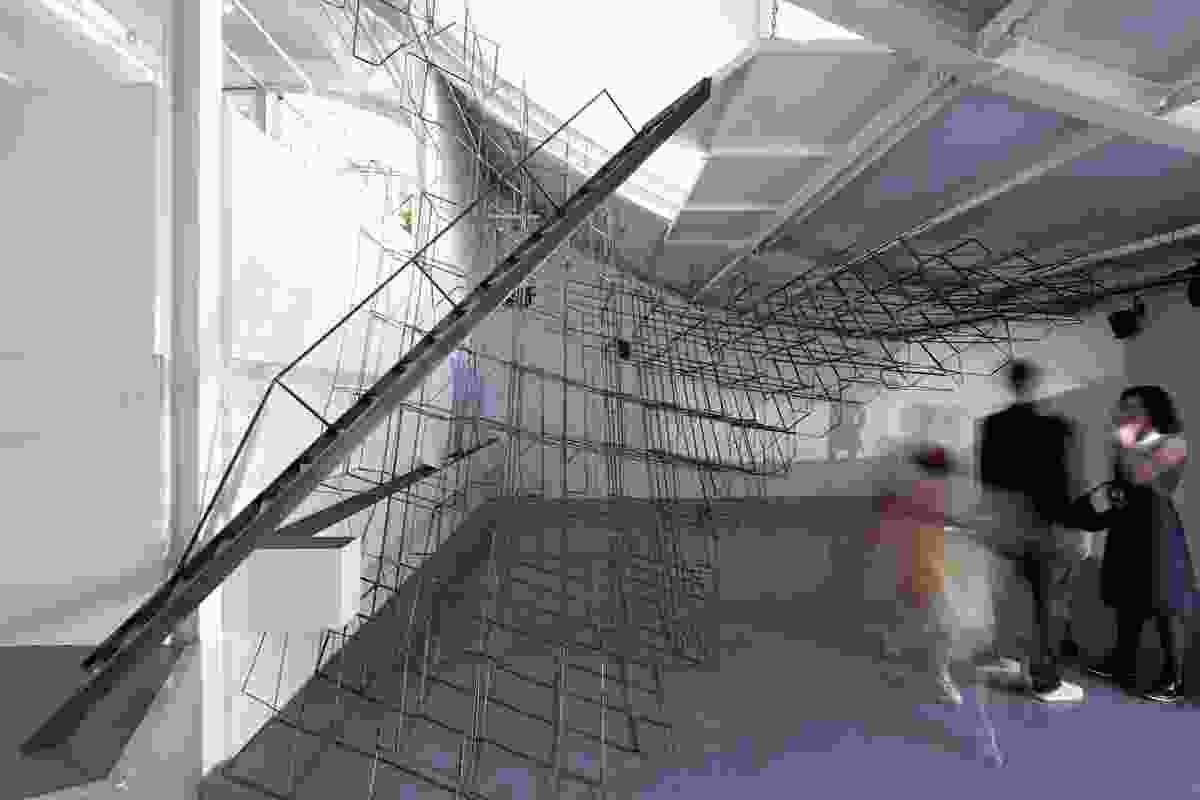 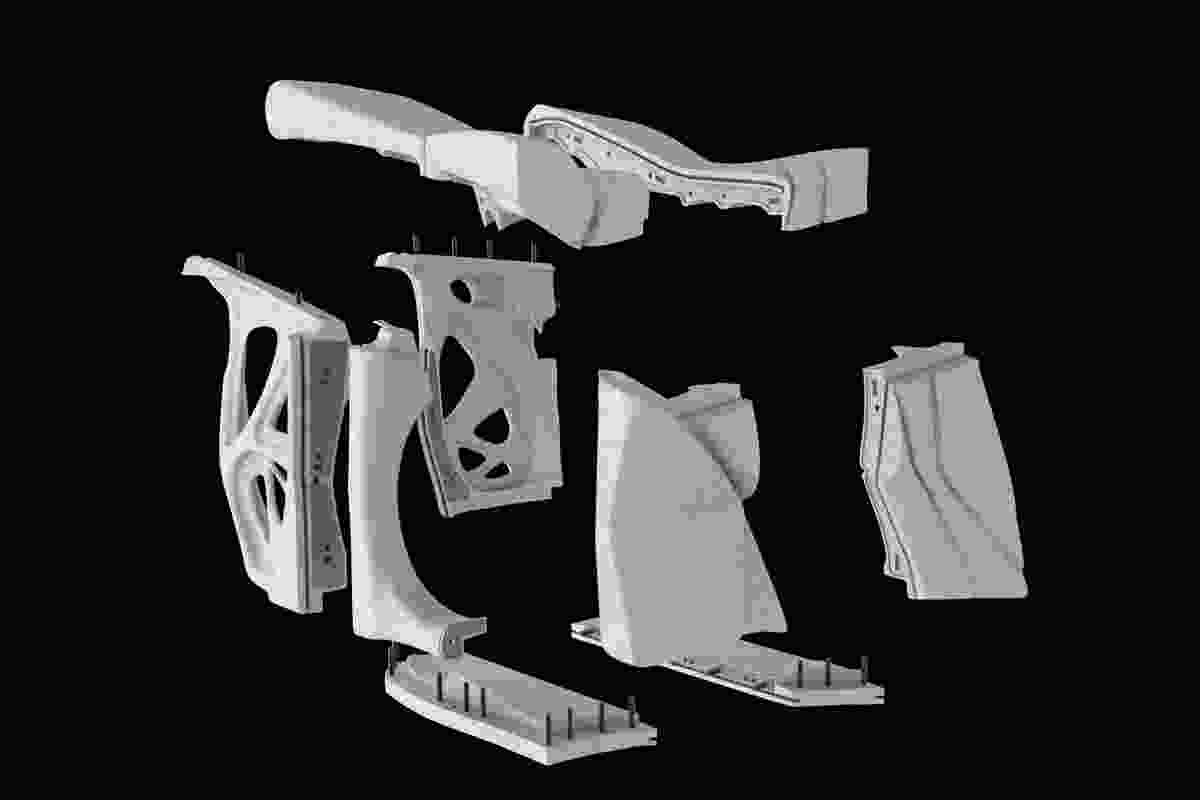 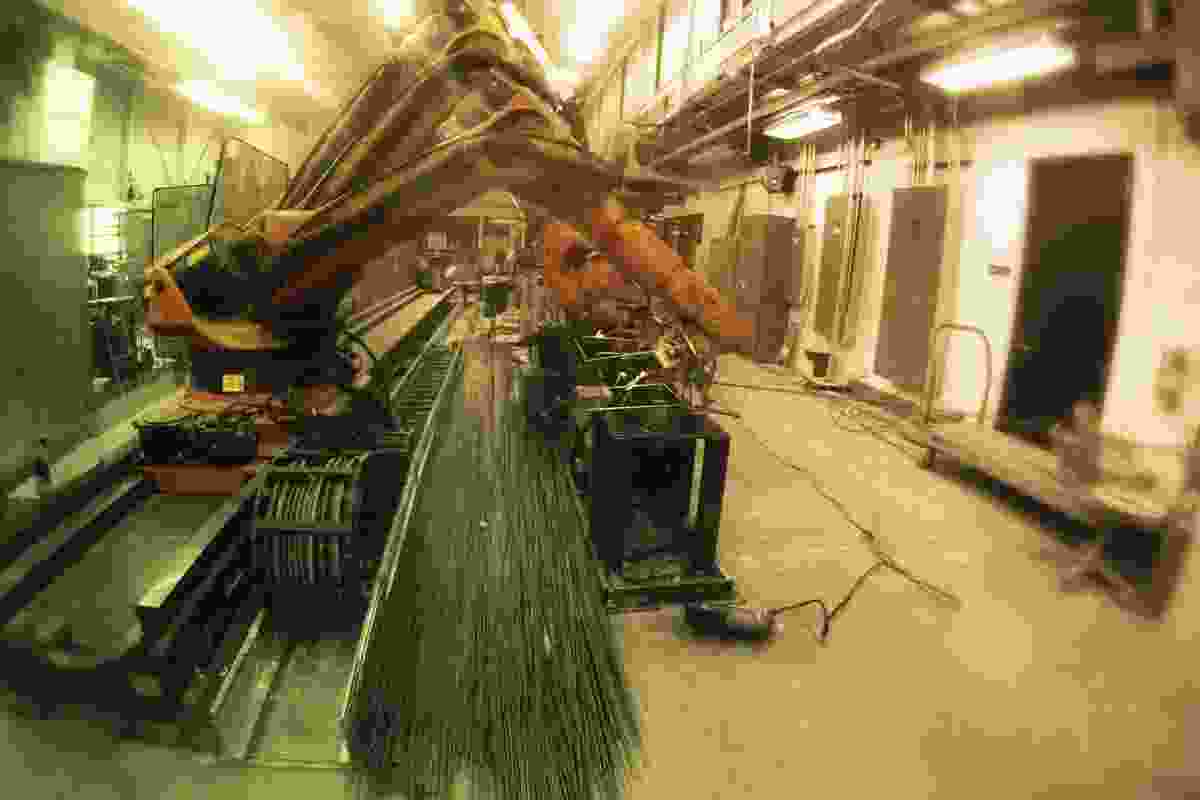 Robotic construction of Clouds of Venice by Supermanoeuvre. 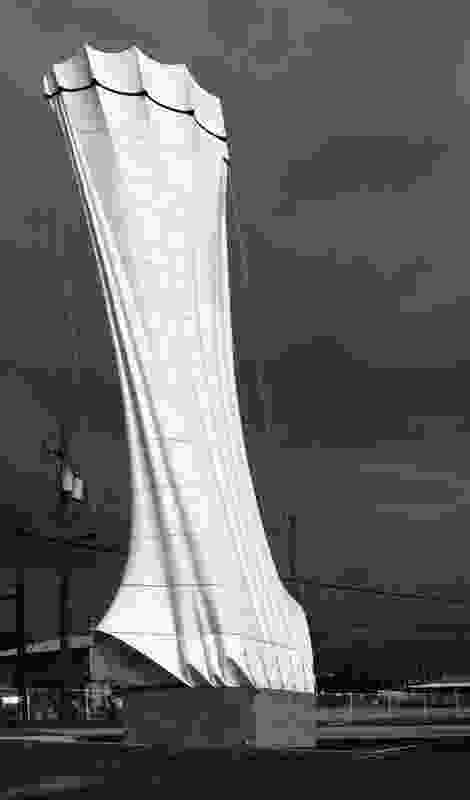 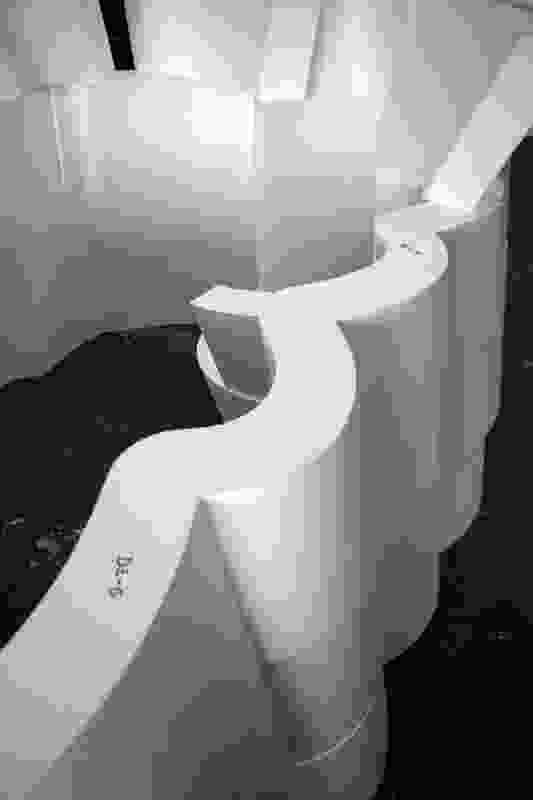