Reassembling biomaterials and modes of praxis

From “morphological computing” to “complexity chemistry,” biology has now taken centre stage alongside architectural design in the construction of hybrid materials that attempt to surpass the original limitations laid down by nature. The inherent dynamic properties of matter are of central concern to many designers worldwide.

This class of materials, informally known as biomaterials, has come to redefine how architects are engaging with biological systems and new ways of linking architectural practices to scientific research. Rachel Armstrong’s work with living systems at the University of Greenwich, London is one such example of “an ecology of practices” that allows artists, architects and scientists to “dream along together.”1

With a background in medicine, her engagement with materials that have active properties is challenging, as she relates, since many of these chemical systems are fragile and do not endure very long as physical substances. Armstrong’s interest in biomaterials stems not from a desire to mimic nature but from a chance to orchestrate “organized agency for events” at the molecular level.

In Hylozoic Ground, an installation completed with artist Philip Beesley and engineer Rob Gorbet for the 2010 Venice Biennale, she conceived of working with “protocells” or droplets with the capacity to interact with exterior agents and their environment. These droplets were given a “mineral metabolism,” in order to fix a chemical compound greenhouse gas and carbon dioxide into a solid state; they were then directed into hanging glass vessels distributed across an artificial forest of interactive fronds.

In the same vein, Future Venice envisions a limestone reef that would stop the Italian city from sinking into the delta’s soft soil. A species of light-averse protocells would form the reef, acting as a variety of bio-concrete.2 Emphasis on context responsiveness and the creation of “next natures” that become part of their ecological surroundings fuel Armstrong’s work, which lies at the nexus of architecture and biology.

Traditional building materials such as bricks are also undergoing radical assessments of their performative features. Ginger Krieg Dosier, assistant professor at the American University of Sharjah in the United Arab Emirates and co-founder of Biomason, has been developing a type of “bio-brick” composed of bacteria, calcium chloride and urine dispersed over dry sand.

These standardized blocks seem conventional, but their properties allow the bricks to leave behind little or no excess waste. The bio-bricks would reduce carbon emissions; countries such as China, India, and Pakistan already produce close to 75 percent of clay bricks worldwide. This serves as an example of what Dosier calls “hiring nature” to aid in the manufacturing of new materials. These agents of nature are both “the energy source” and “employees of production.”

Form, in fact, was never an end goal for Dosier, but she instead prefers to use nature to create better materials, which will enhance architecture’s “out-of-date palette.” “Cleaning up our world by building it,” as Dosier puts it, signals a renewed mentality of collaboration and the production of space.

Dosier strongly believes that biomaterials can include “ex situ” materials (outside the realm of biology) subjected to environmental factors such as weathering. She emphasizes that architects are responsible for “specifying the material nature of our built environment,” particularly for their clients. Form, in fact, was never an end goal for Dosier, but she instead prefers to use nature to create better materials, which will enhance architecture’s “out-of-date palette.” “Cleaning up our world by building it,” as Dosier puts it, signals a renewed mentality of collaboration and the production of space.

Back in the United States, Mitchell Joachim, principal of Terreform ONE (Open Network Ecology), focuses on innovative solutions and technologies for sustainable energy, transportation, infrastructure and waste management. He asks what synthetic biology can do for architecture; his response comes in the form of an everyday chair.

Part of the iGEM (International Genetic Engineering Machines) competition, Gen2Seat (Genetic Generation Module) is a grown chair customizable in height and form, with its dimensions taken from the tailbones of Terreform members. Its deep-red colour resembles earthen clay, crimson blood and oxidized metal. As a ubiquitous object, the chair is composed of a substrate (woodchips, gypsum and oat bran) that is eaten by mycelia (the vegetative part of a fungus) and then hardened into a durable material. The external skin made from bacterial cellulose is then combined with the mycelia substrate to create a biopolymer useful for many types of applications.

Equally, Amy Campos, assistant professor at the California College of the Arts, interrogates the physical qualities of materials. Which attributes – such as construction or cultural significance – would we deem critical in the context of ten thousand years or one day? For her, the possibility of styrofoam cups lasting one million years is disconcerting, and either extreme poses radical answers.

“Our values in relation to what lasts, what is left behind, and what disappears over time would shift,” she says. Total excess and total erasure of our material culture could be new goals for architects. Campos’ “designed obsolescence” as a strategy for material balance and reduced waste seems to provide a pragmatic answer. Material performance is measured in terms of intended usage, durability, and lifespan in the environment.

For Campos, interior decoration resides somewhere between “extremely consumable” and “exceptionally durable.” She has been exploring recyclable tactics for the home interior and is currently testing a similar prototype for “disposable furniture.” Mycelium root structures (found in mushrooms) are being tended to cultivate mould into furniture – tables, chairs, cabinets, beds.

For Campos, interior decoration resides somewhere between “extremely consumable” and “exceptionally durable.” She gladly accepts that the typical American will move every five to seven years, changing his/her home along with their nomadic urges. By undertaking mass consumption and wastefulness, she has been exploring recyclable tactics for the home interior. Campos is currently testing a similar prototype for “disposable furniture.” Mycelium root structures (found in mushrooms) are being tended to cultivate mould into furniture – tables, chairs, cabinets, beds.

Customers are able to buy a single mould, usable for one seat, but can employ it to grow other furniture types as needed. When the lifespan of the product is completed, it can be readily composted back into the ground. In Campos’ opinion, architects should be perceived as “problem solvers and generalists.” Designers have always been critical when it comes to dealing with performance and interactions with materials. The built environment as a changing evolutionary ecosystem, coupled with cycles of seasonal decor and technological uselessness, is to be embraced.

Shifting from the United Arab Emirates to California, the ethical implications of constructing biomaterials become clear, persisting at the forefront of these designers’ concepts. While genetic modifications such as DNA manipulation are not common, materials possess their own distinctive “rights and responsibilities” as inferred by Armstrong. These projects exhibit the potential of biomaterials to encourage architects to think more broadly beyond the limitations of built practice. We are reminded of political theorist Jane Bennett’s term “vibrant matter,” a nod to the agency embedded in living things. The formidable implications of these projects underscore their collective desire to integrate architectural elements with scientific discovery, which will bring a promising future ever closer.

1. Rachel Armstrong refers to the phrase coined by Belgian philosopher Isabelle Stengers.
2. See the article on the Structural Technology Group of the Polytechnic University of Catalunya and magnesium phosphate concrete here.

Reassembling biomaterials and modes of praxis 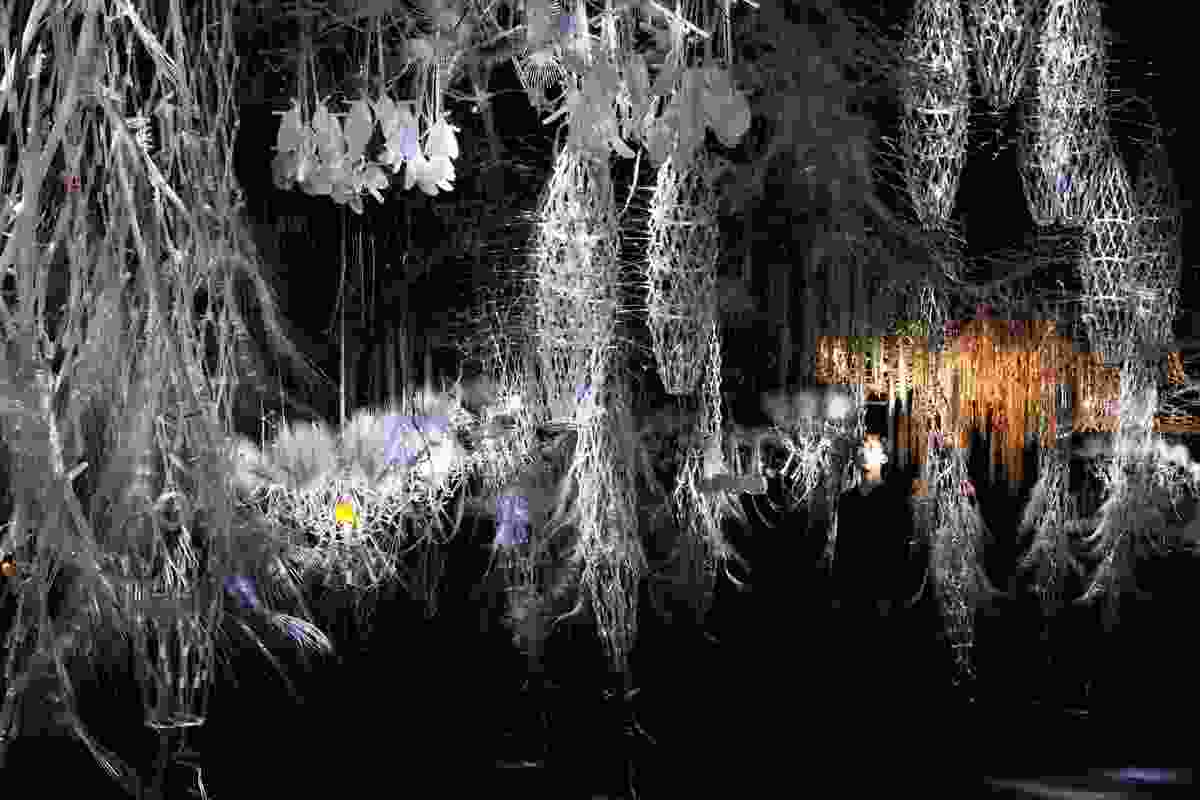 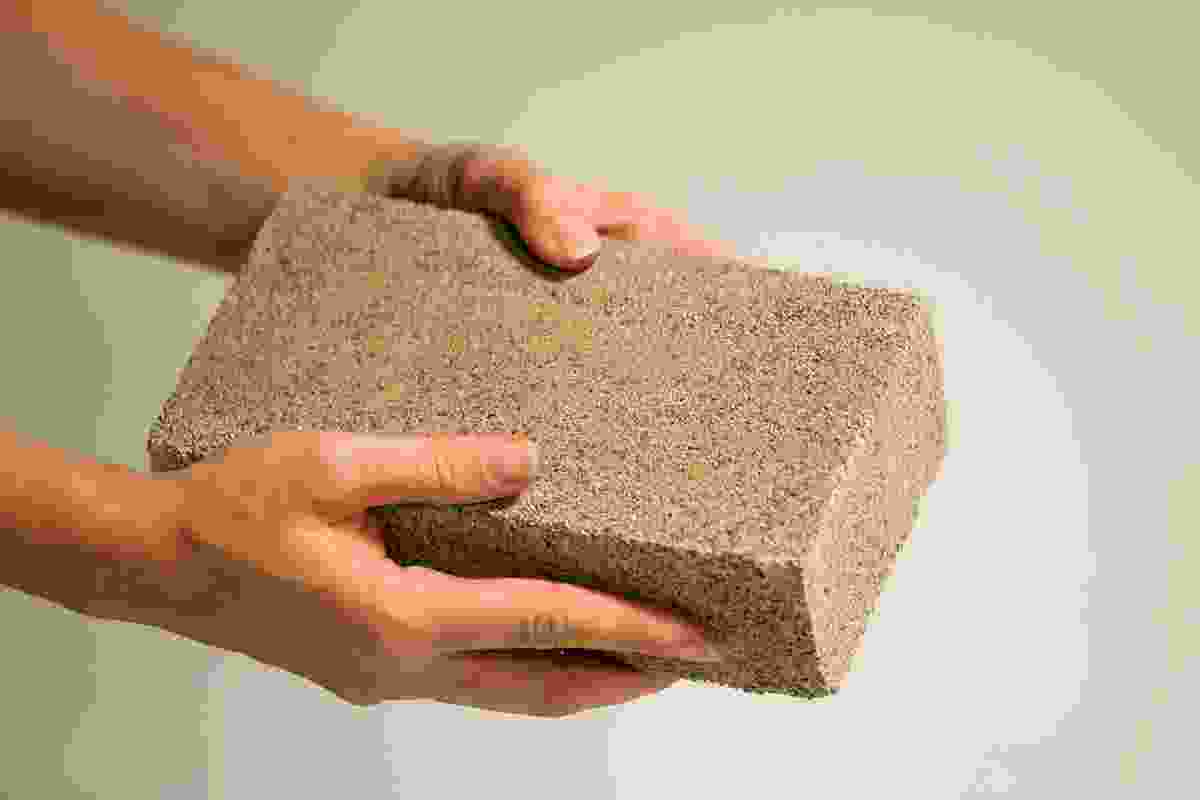 A bio-brick composed of bacteria, calcium chloride and urine dispersed over dry sand. 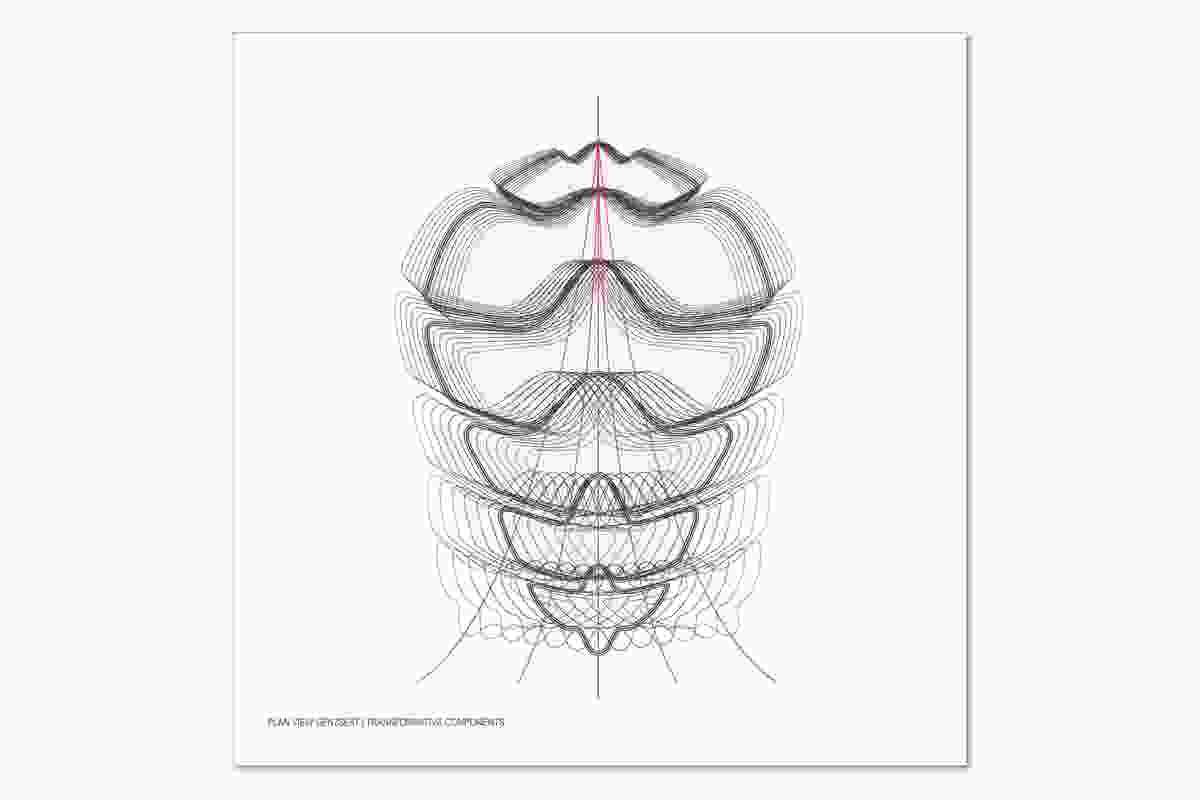