The final stage of a public parkland redevelopment has been completed and opened to the public in Melbourne’s Docklands.

Designed by landscape architecture practice MALA Studio, the project, sited at the corner of Collins Street and Harbour Esplanade, was completed in two stages and saw the transformation of the eastern section of Docklands City Park.

The first stage of the site’s redevelopment, completed in 2016, saw the 2015 MPavilion, designed by London-based Amanda Levete Architects, relocated to the site.

All of the timber used in the construction of the parkland’s new chairs, benches and daybeds was reclaimed from the demolition of Docklands North Wharf in 2015. The timber used to construct the wharf was a mix of native hardwoods like Jarrah, Red Gum, Ironbark and Yellow Box, rather than the imported European timbers more typical of the time.

Speaking to ArchitectureAU in 2016, MALA director Campbell Morris said, “The MPavilion is such a dynamic piece of architecture, it was important the landscape did not try to compete with it.

“One of our initial concerns was the MPavilion being set against the backdrop of Harbour Esplanade. The key design move was to create a tilted lawn and a modern ha-ha wall behind the MPavilion.” 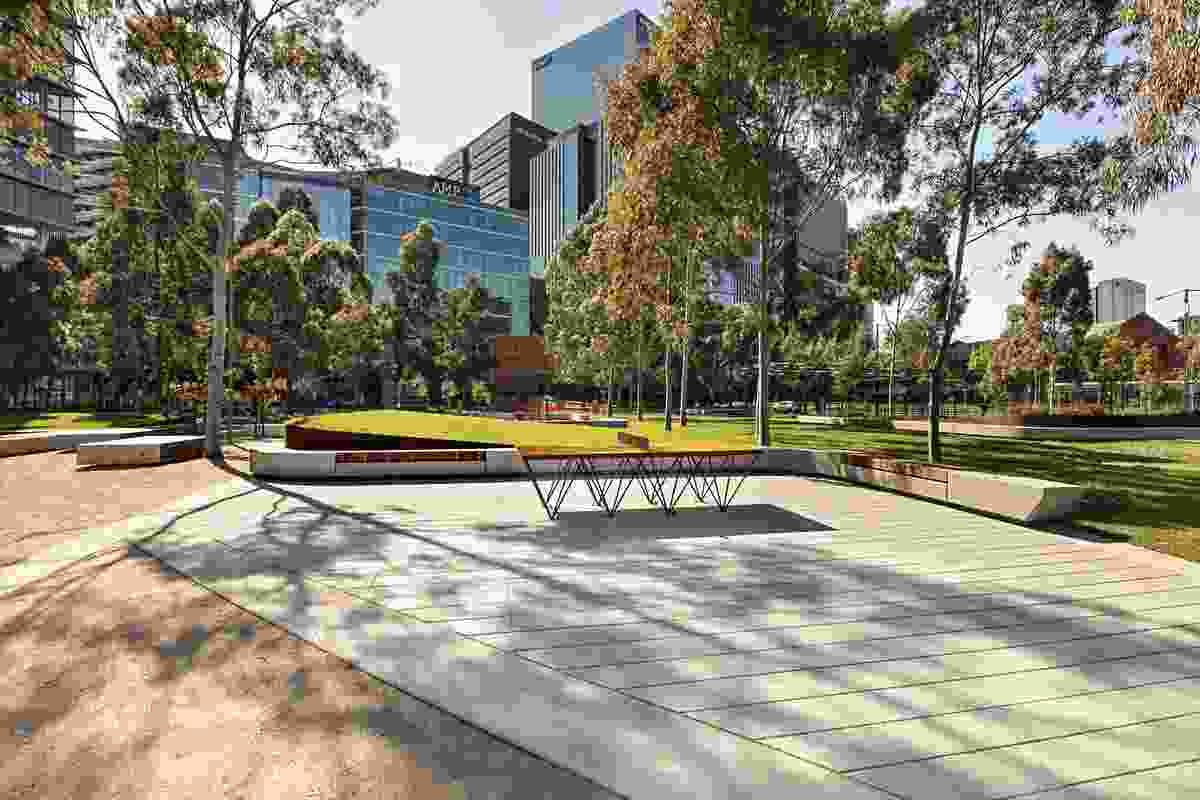 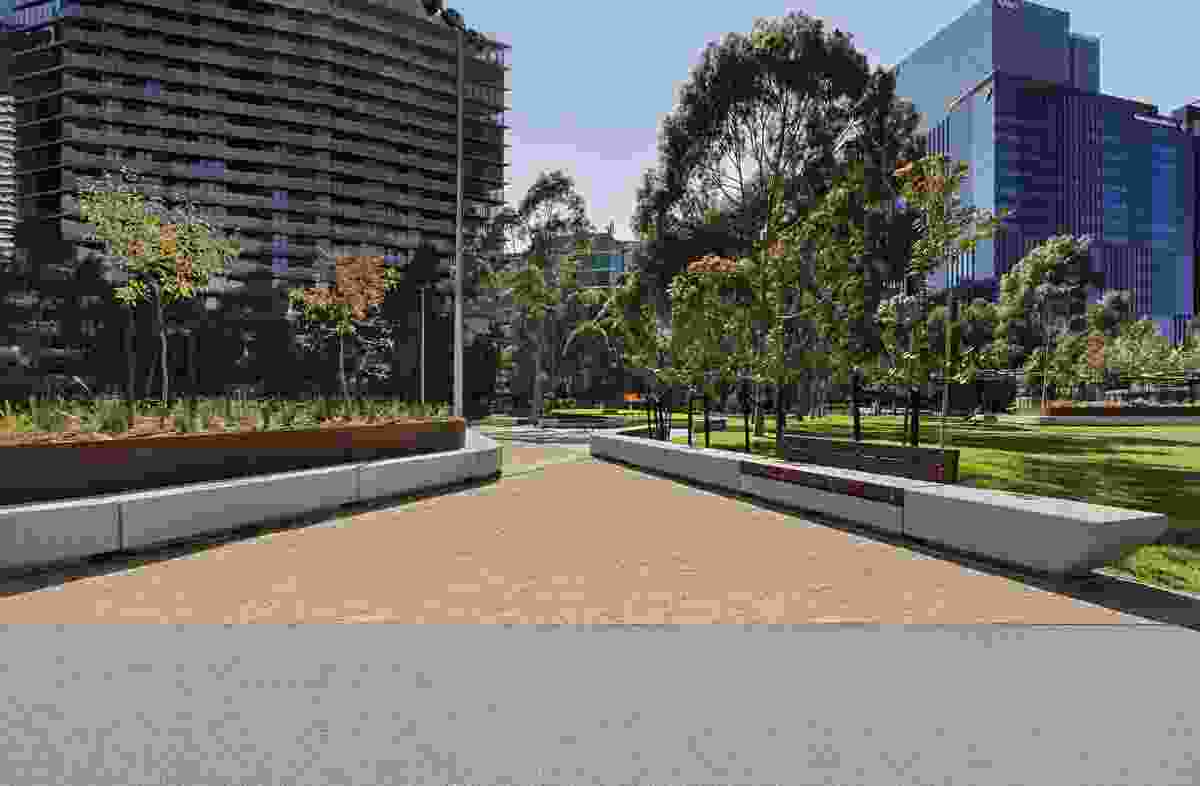 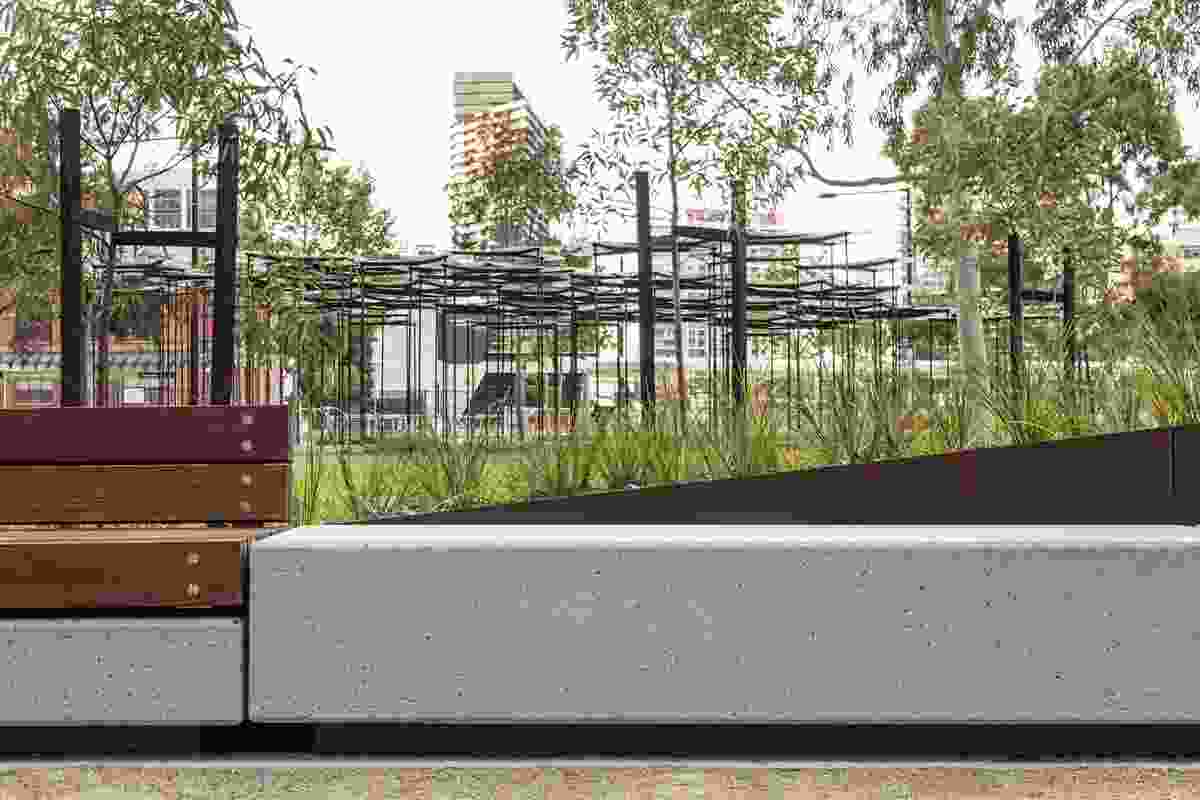 CLEC at Docklands City Park by MALA Studio, featuring the 2015 MPavilion by AL_A. 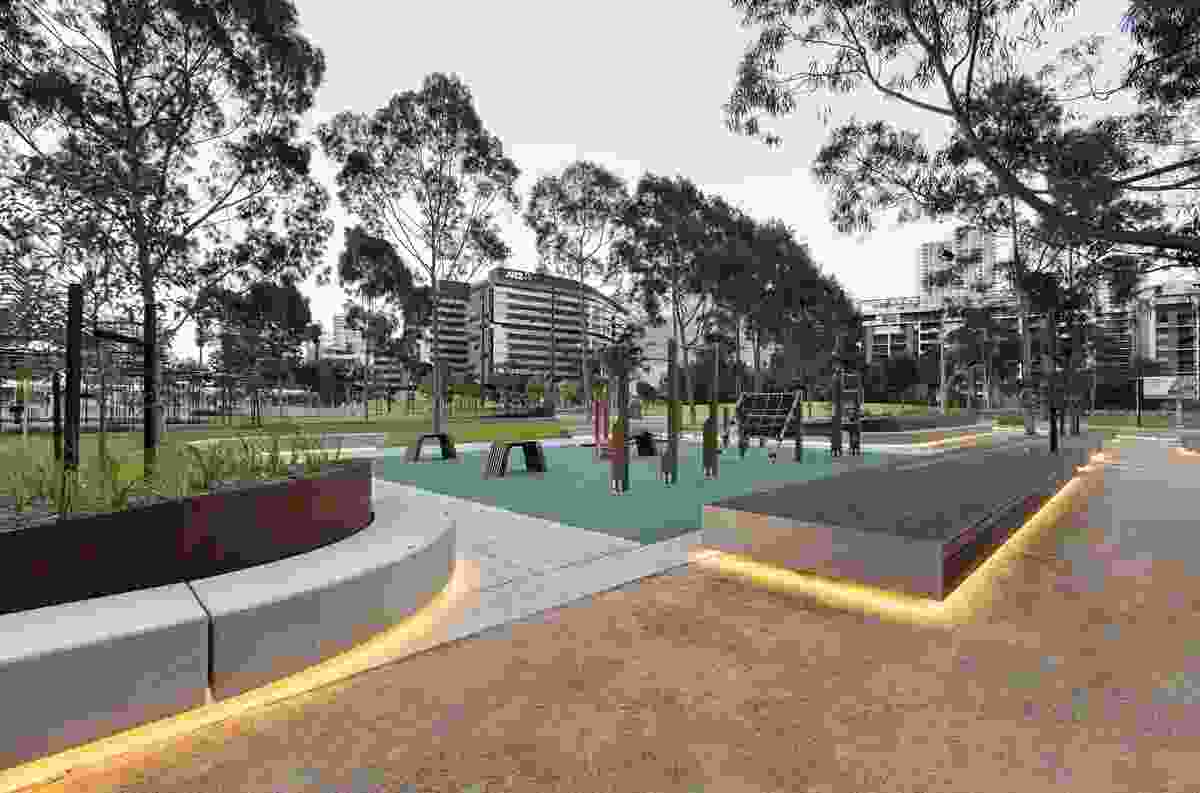 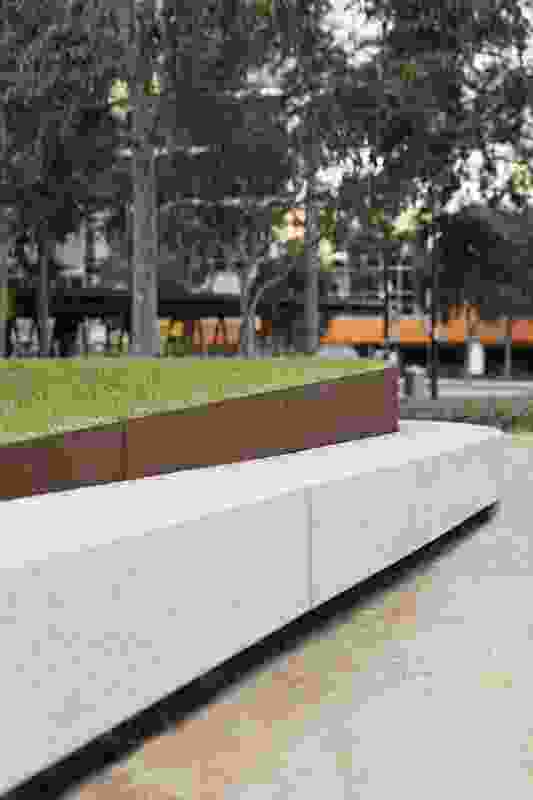 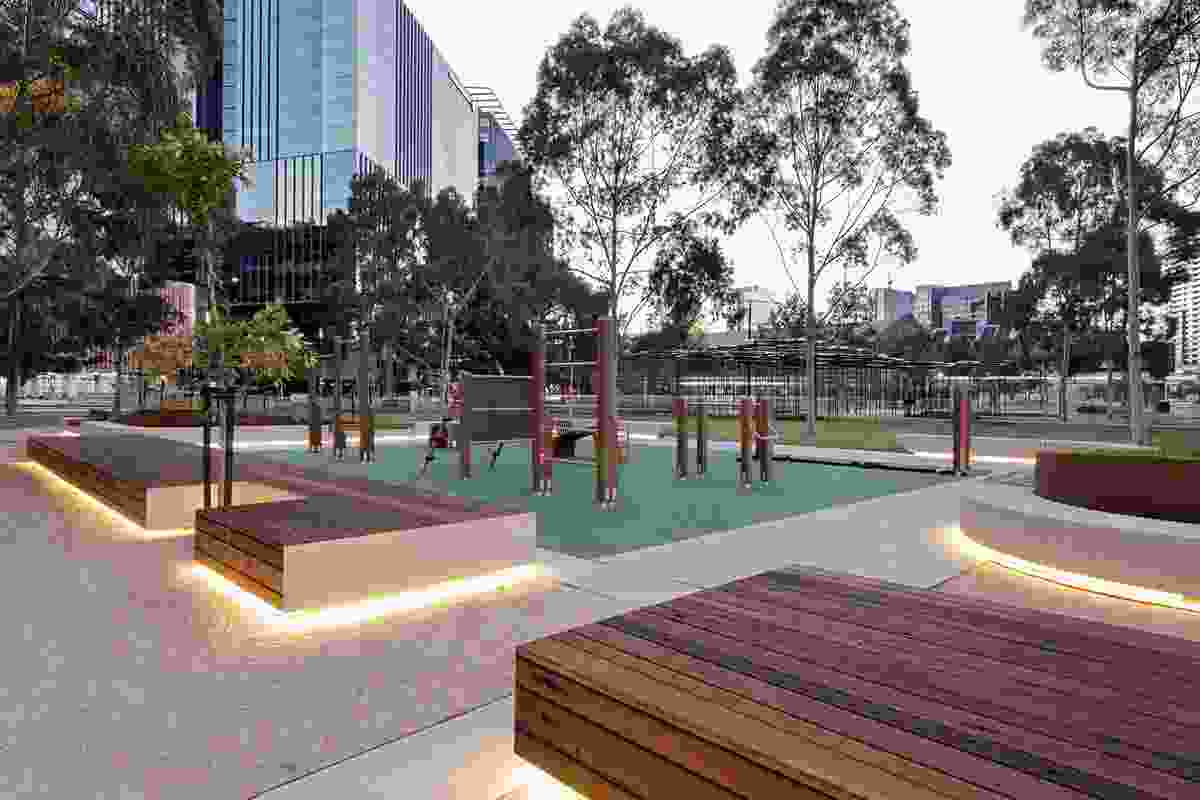