More details of the upgrades to Sydney’s Central Station, designed by Woods Bagot and UK-based practice John McAslan and Partners, have been revealed.

Imagery of the now under-construction Chalmers Street entrance shows how the expanded station will interface with the street. The entrance will be one end of a 19-metre-wide underground concourse, to be named Central Walk. It will be located on Chalmers Street, midway between Devonshire and Elizabeth Streets.

“Central is undergoing its biggest upgrade in decades,” a Transport for NSW spokesperson said.

“This new glimpse of Central Station, which will become reality in just a few years, with the new entrance to Central Station and Central Walk accessible to commuters in 2022.”

The redevelopment of Central Station will also add new underground platforms beneath platforms 13 to 15 for Sydney Metro.

The release of the new entrance design coincide with the publication of a draft Station Design and Precinct Plan for the new Sydney Metro platforms and Central Walk, which outlines how design of the Central Station Metro works have been developed. The plan is available online for public feedback until December.

The report says that the Chalmers Street entrance “has been arranged as a simple switchback escalator arrangement within a grand double-height, column-free void that announces the entrance to the street.

“It uses improved scale and transparency and provides a curving soffit to ‘sweep’ customers in and down to the Eastern Suburban Railway concourse and through to Central Walk. The entrance has been configured to allow access from both Chalmers Street and Randle Lane.”

The plan also contains details of new canopies to be constructed over Intercity platforms 12-14.

Woods Bagot and John McAslan and Partners were appointed to design the upgrades to the station in 2018.

The $955 million redevelopment is part of the $20 billion Sydney Metro project and will include the construction of new underground platforms for the Metro railway line. 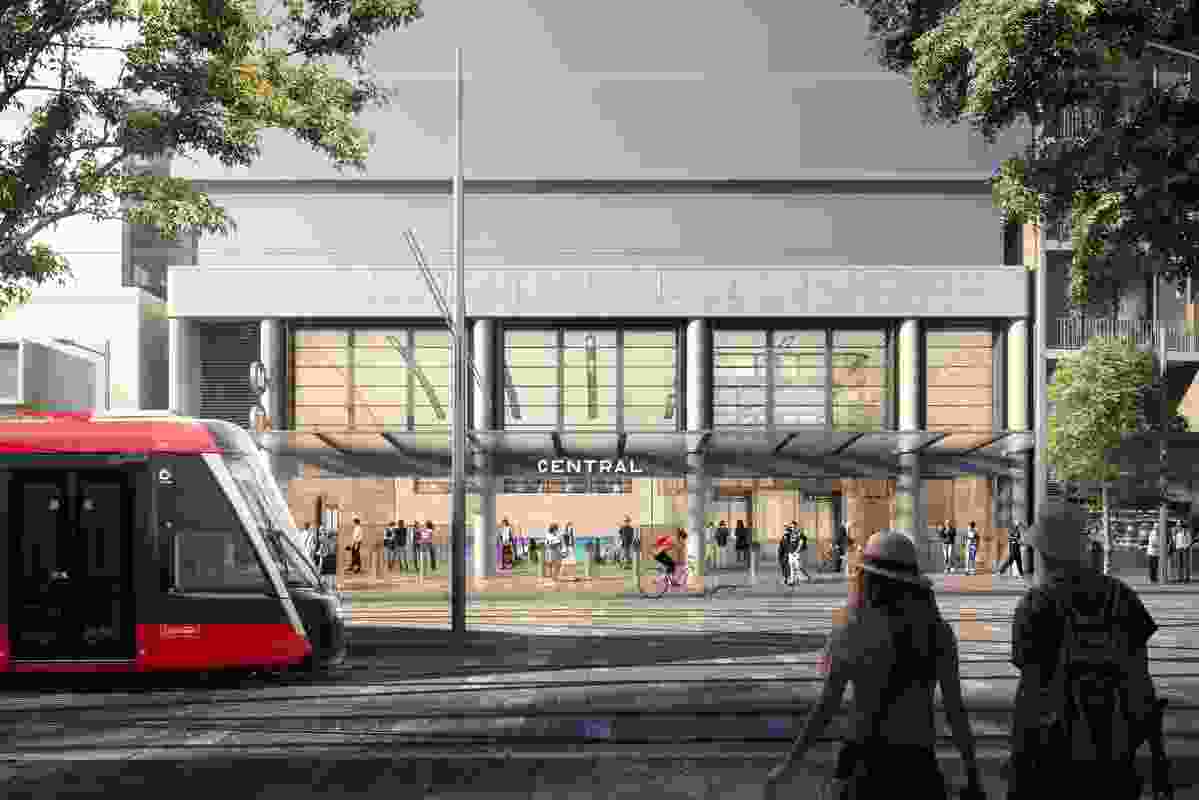 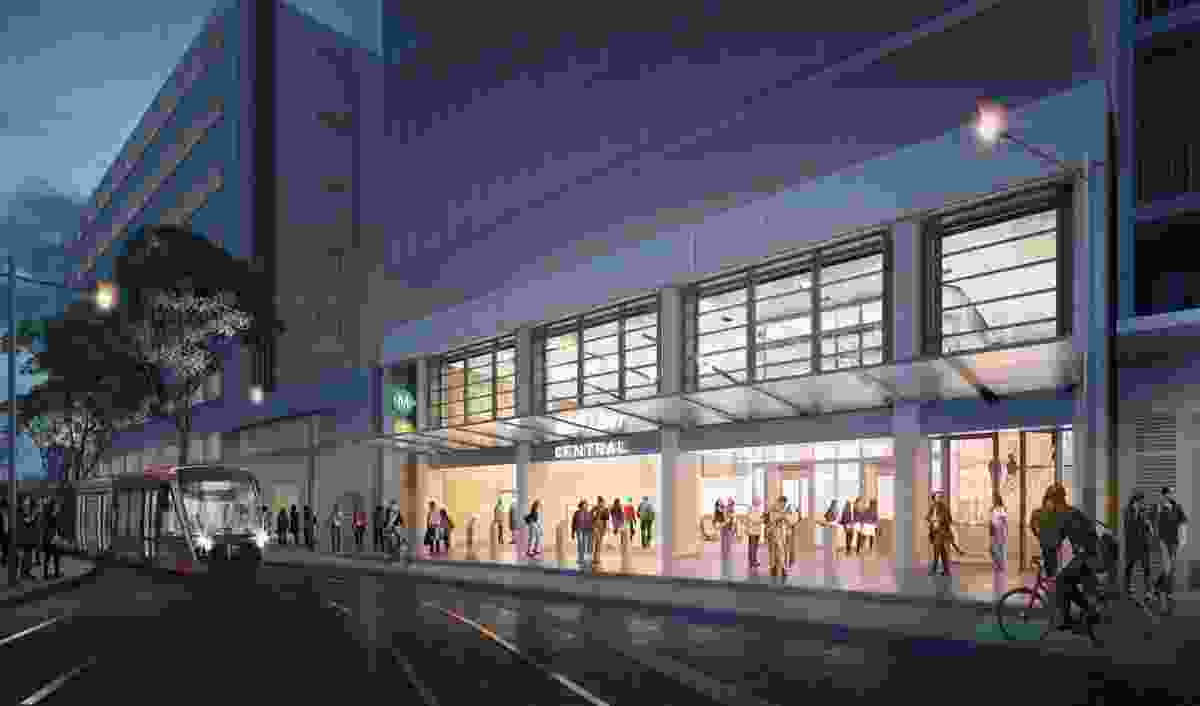 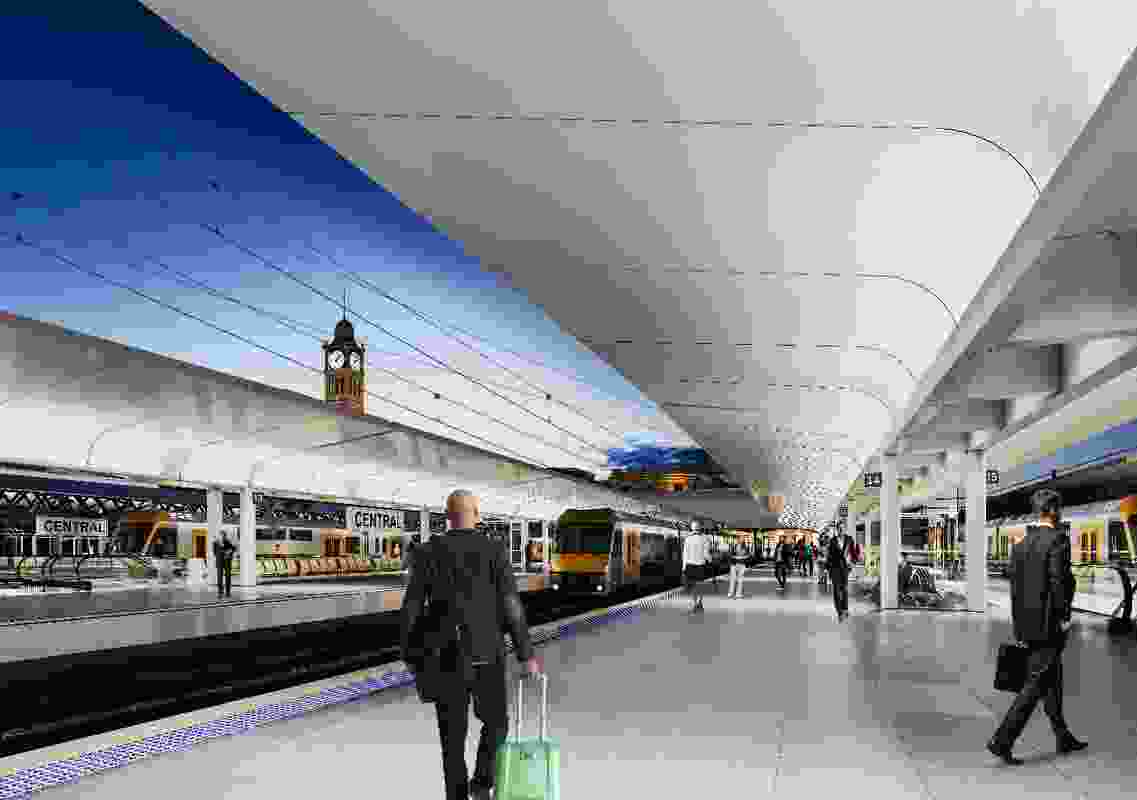 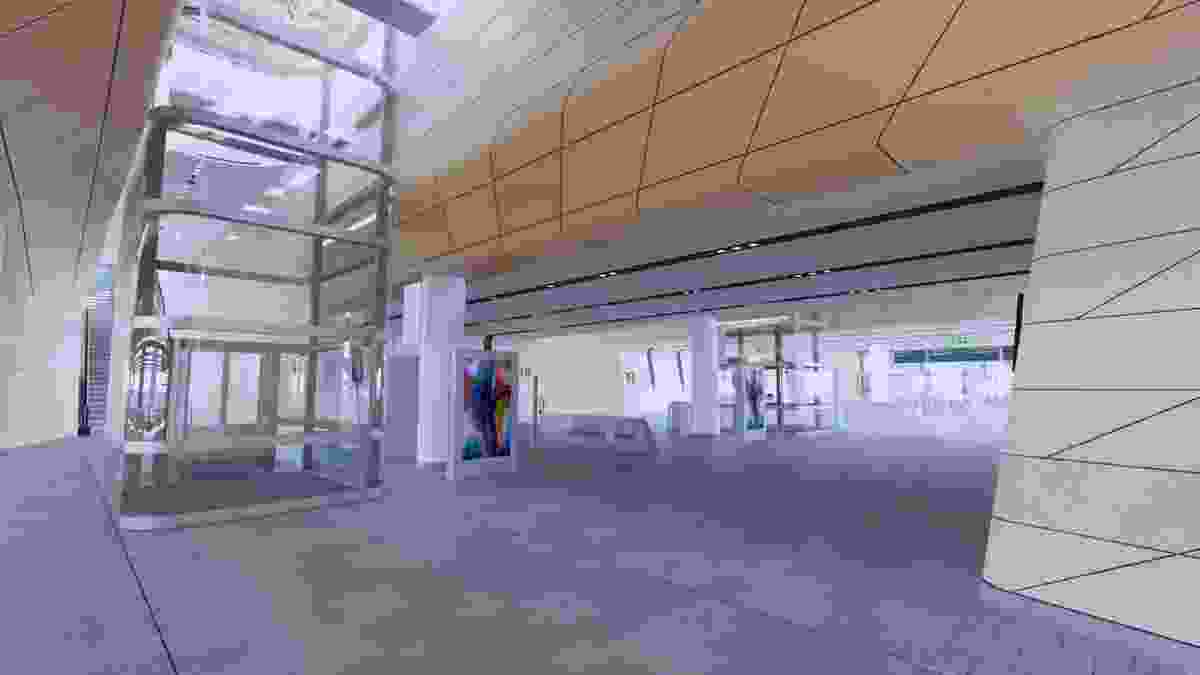 Central Walk by Woods Bagot and John McAslan and Partners.